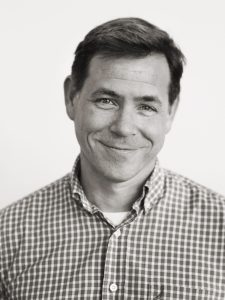 Dennis Schebetta is an actor, director, and writer in film and theater. He has previously taught at Carnegie Mellon University, University of Pittsburgh, Virginia Commonwealth University and Bellevue College.

Trained in the Meisner technique by William Esper in New York City as well as in physical theater techniques informed by Lloyd Williamson, Meyerhold, and Lecoq, Dennis explores the dynamic intersection of these methodologies in his practice and in his teaching. His current research regards psychological well-being in performance and actor training, especially as it relates to consent-based practices.

As a theatre director, he has directed off-off Broadway and regionally at theatres such as Ensemble Studio Theater, 29th Street Rep, Vital Theater, City Theatre, and 12 Peers Theater. He enjoys collaborating with playwrights on new works and has directed several world premieres and developmental readings, including some of his own plays. As a film director, his short My Date with Adam, which he produced, wrote and directed, won “Best Comedy” in the High Desert International Film Festival and was an official selection of New Filmmakers LA, New Filmmakers NYC, Boston Sci-Fi Festival, Phoenix International Film Festival and the London Sci-Fi Film Festival. Other theatrical directing credits include Soldier Song (also writer), Romeo & Juliet (a hybrid film/theater production), American Soldiers by Matt Morillo, Dog in the Manger, Agamemnon by Aeschylus, Nine by Arthur Kopit, the devised production 7 Minutes to Midnight, and the world premieres of Neena Beber’s Part of the Story and Seth Kramer’s Prelude to 35.

As an actor, he recently performed as Lord Goring in Northeast Theatre Ensemble’s site specific immersive An Ideal Husband and as Stephano in Saratoga Shakespeare Company’s The Tempest. Other theatrical acting credits include August: Osage County, Marjorie Prime, Peter and the Starcatcher, California Suite, Shining City, Slasher, Play, and Big River (where he also played harmonica).

Dennis is the co-author (with John Basil) of the book Building a Performance: An Actor’s Guide to Rehearsal, available in February, 2022 from Rowman & Littlefield. https://rowman.com/ISBN/9781538161302/Building-a-Performance-An-Actor’s-Guide-to-Rehearsal

He also contributed the chapter “Money in Your Pocket: Meisner, Objectives and The First Six Lines” to the book Objectives, Obstacles and Tactics in Practice: Perspectives on Activating the Actor, edited by Valerie Clayman Pye and Hilary Bucs, published by Routledge in 2019.