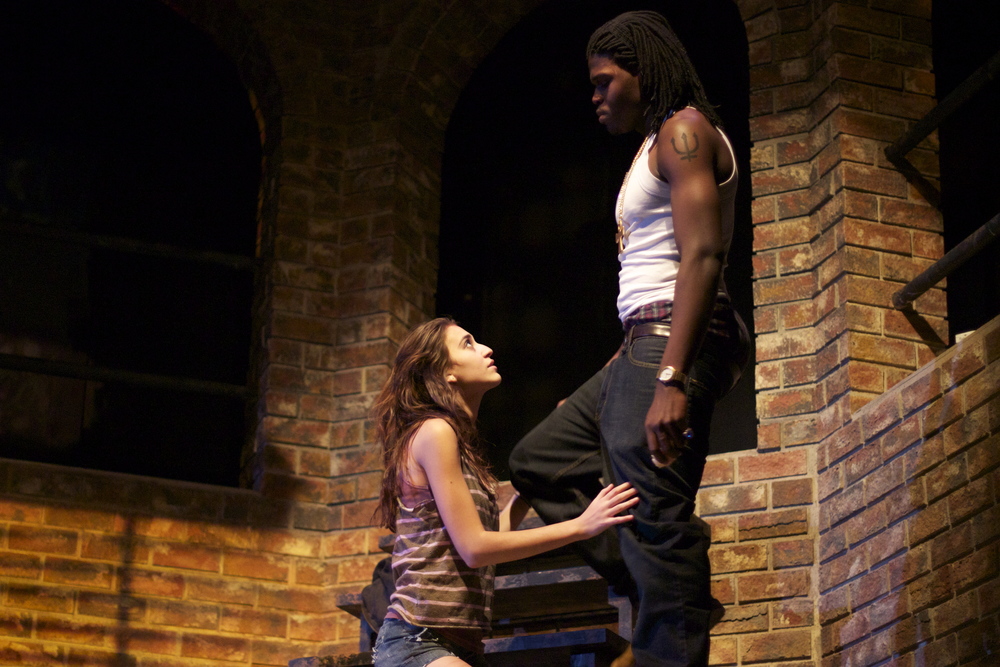 This semester’s black box production was a stunning intersection of myth and truth, of fantastical folklore and unflinching realism. Written by Naomi Iizuka and directed by Eunice Ferreira, Polaroid Stories ensnared the audience in the violent world of homeless urban youth, while taking inspiration from the dark world of Ovid’s Metamorphoses. Through the play, the characters take shapes of several of Ovid’s mythological figures, but also create their own mythology to categorize themselves, their history and their world. In her director’s note, Ferreira explains that “In this contemporary world, street kids enact the roles of both gods and mortals, recognizing that storytelling is a means to transcend oppressive cycles of violence, poverty, and addiction. Here, myth-making is a means of psychological and physical survival.”

In order to understand these multi-layered and often mysterious individuals, the cast underwent a great deal of character study and exploration before the rehearsals even began. To create the haunting song and dance of Philmel, actress Alison Schaufler ’14, co-assistant director Miguel Vincente Gonzales ’14, and composer Alec Petros ’14 experimented with sound and movement to create a means to convey Philomel’s fear and rage without words. Clara Moser ’17 also went to great lengths to understand her character, “Echo,” who, as her name implies, usually has lines that merely echo those of the other characters. As such, the notebook that she carried was not simply a prop, but a fully written journal. Moser “kept a mythology” by recording Echo’s backstory, playing out a typical day in her life, and writing poetry and other works while in character. In this way, even mostly silent characters found a way to speak, even if it was not always apparent to the entire audience. 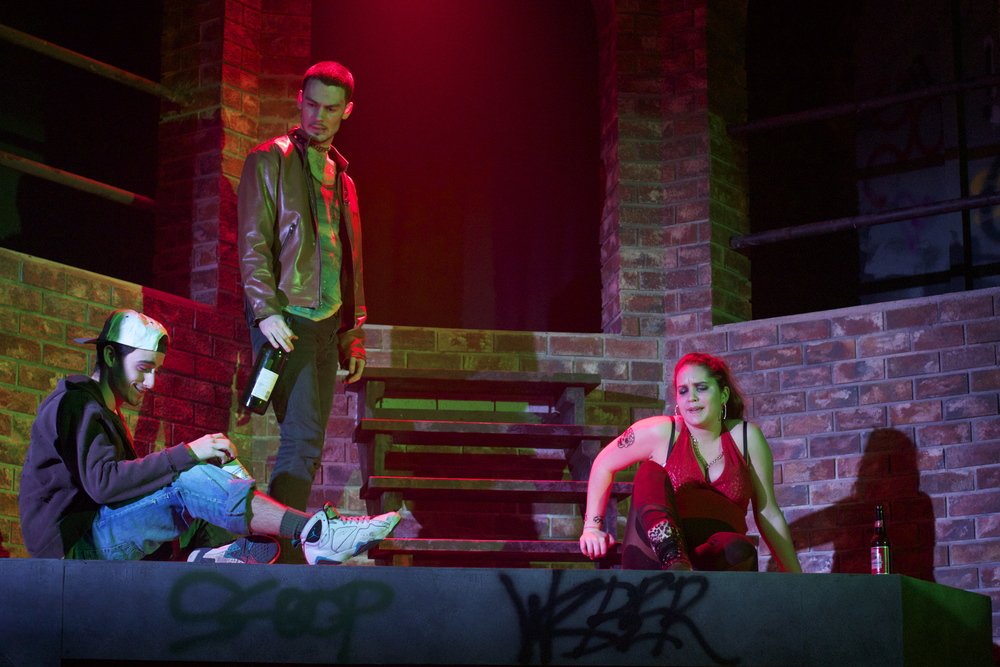 If there was one defining trait of this production, it was subtlety, and the constant withholding of information from the audience. Though this added to the complexity of the performance, it also created a sense of inclusivity for the audience members who were not among the many Classics students in attendance. “All the themes in the mythology were more like clues to where the character was,” said Woodrow Proctor ’16, who played D/Dionysus, “but the myths never needed to surface fully.” Connor Gleason ’14 (Skinheadboy) added, “This show is all about the power of subtlety. We could have played it so that the mythology was shining through, but that would have destroyed the complexity and the characters that we created.” This being the case, even if audience member chose to not read the background information in the program (supplied by dramaturge Gina Doherty ’14), it was easy to read moments in the show purely as they related to each character’s realistic counterpart.

Nods to the classic stories were instead “like little treats,” according to Lena Wellhoefer ’14. She was responsible for many of these nods throughout the show, including a labyrinth tattoo on Skinheadgirl/Ariadne (Callan Suozzi-Rearic ’14), a nod to her trials in the Minotaur’s labyrinth, and two more star tattoos for the same scene where she climbs a ladder into the catwalk. Though Skinheadgirl is dying of an overdose, the tattoos symbolize Ariadne’s ascent into the sky as a star. Costume Designer Emma Mohrmann ’14 was also able to play with these subtleties such as with the self-absorbed Narcussis’s (Matt Beckstrom ’16) reflective sunglasses, or Echo’s oversized clothes that seems, like her words, as though they do not belong to her. “There are some things that the audience is going to see, and some things they’re not,” said Mohrmann. “Maybe an audience member saw the cuts on Eurydice’s (Daniella Deutch ’17) arms, maybe they didn’t. If you catch that, it adds another dimension to the show; if you didn’t then it adds to the mystery.” 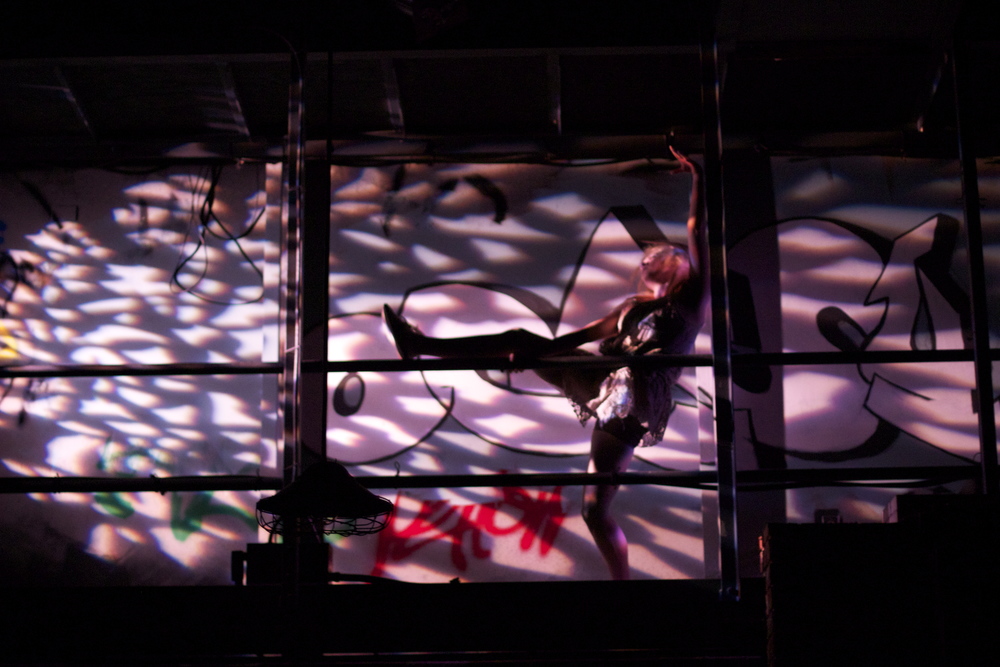 The lighting also played into this theme of ambiguity, particularly in the sense that some details were literally obscured by shadow. The show conveyed a sense of constant darkness, bringing the audience into a world ruled by the night and the murky “underground city” where the homeless youth take shelter. Lighting Designer Michelle Yu ’14 described it as a “welcome challenge” in a technical sense, and scenic designer Garett Wilson attested to the difficulty of a mostly nighttime production. “One of the hardest things to do as a lighting designer is to design a show in the dark,” he said. “You need twice as much equipment than you do for a show that is fully-lit.” Of course, the designers had to strike a balance between the tiny details and the overall nocturnal ambiance. “As an artistic designer, I wanted to see every little detail,” said Yu, “but we had to compromise. It’s a whole show… It all has to work together. It’s not about seeing every detail, it’s about how the details come together.”

Though some costuming and makeup details existed almost subliminally, the set design was always in the forefront of the audience’s attention. Described in its early stages as an “urban playground,” the set featured a winding maze of doorways, windows, fenced alleyways, tunnels, and archway, all of which served as entrances and exits. The actors also made full use of the theater’s mezzanine level, surrounding the audience and creating a sense of entrapment and the feeling that these homeless youth are everywhere, and acutely aware of the audience’s every move. 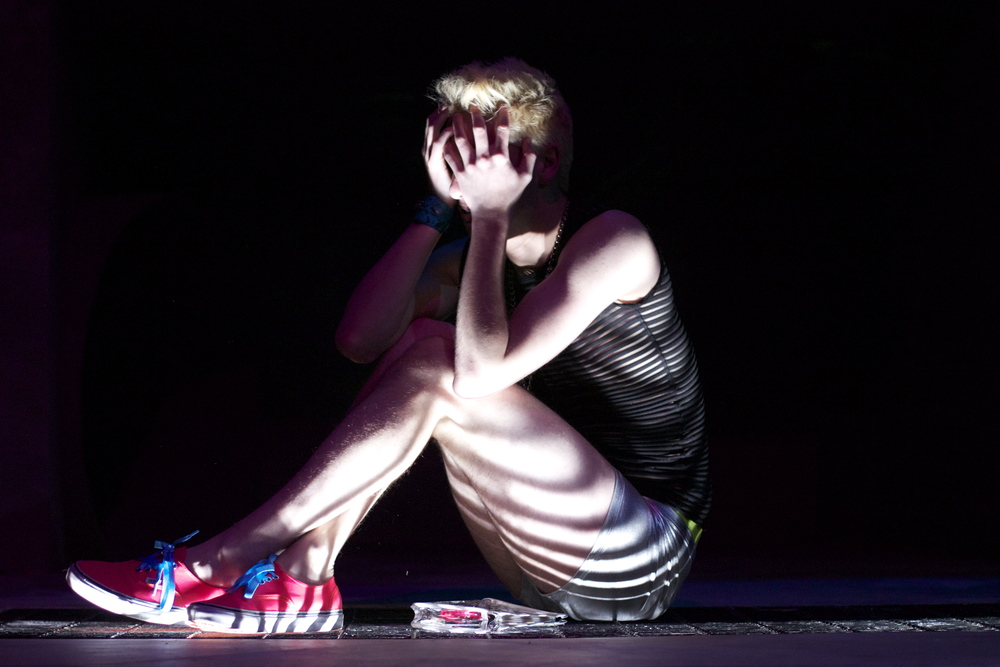 The paint crew was also applauded for their excellent work in creating the grimy-looking, graffiti-covered environment. Though to some audience members they might not have looked any different than any other urban scrawl, much of the graffiti designs were quite meaningful to the cast and company of the show. In particular, a tribute to David Yergan and Alma Becker– two recently departed faculty members– was painted prominently by one of the main entrances on the set. “Each time I stepped down the stairs and saw that out of the corner of my eye,” said Xavier Hatten ’14, who played G/Zeus/Hades, “I could feel their presence, and that got me where I needed to be.” The memorial was in some ways also tied directly to the main themes of the play, as Hatten pointed out: “It’s about being remembered and letting your story be told and passed on – like saying, ‘Keep my story alive. Even if I’m not here, you will remember me’”

As an “epilogue” to Polaroid Stories, students in the Theater Department are participating in the “Couch Surfing Project,” put on by CAPTAIN Youth and Family Services. This project is meant to raise awareness for the couch surfing as a form of homelessness, and involve the passers-by in conversation about the issue. Actors will take to the couches, placed strategically in busy areas such as Wilton Mall and Skidmore campus, in order to share their “stories” and other information with anyone who engages them. Literature from the foundation can also be found scattered around the JKB, and was displayed prominently in the theater lobby after each performance.

Polaroid Stories also featured Kat Rodriguez ’15 as Persphone/Semele, Jomack Miranda ’16 as Orpheus, Margo Chanin ’16 as head sound designer, Kevin Berry ’15 as co-assistant director, and Gabrielle Nieporent ’14 as stage manager. The show was Eunice Ferreira’s first time directing on the Skidmore stage. “I had such a respect for Skidmore’s theater community when I first got here,” she said. “That respect has only grown greater.” 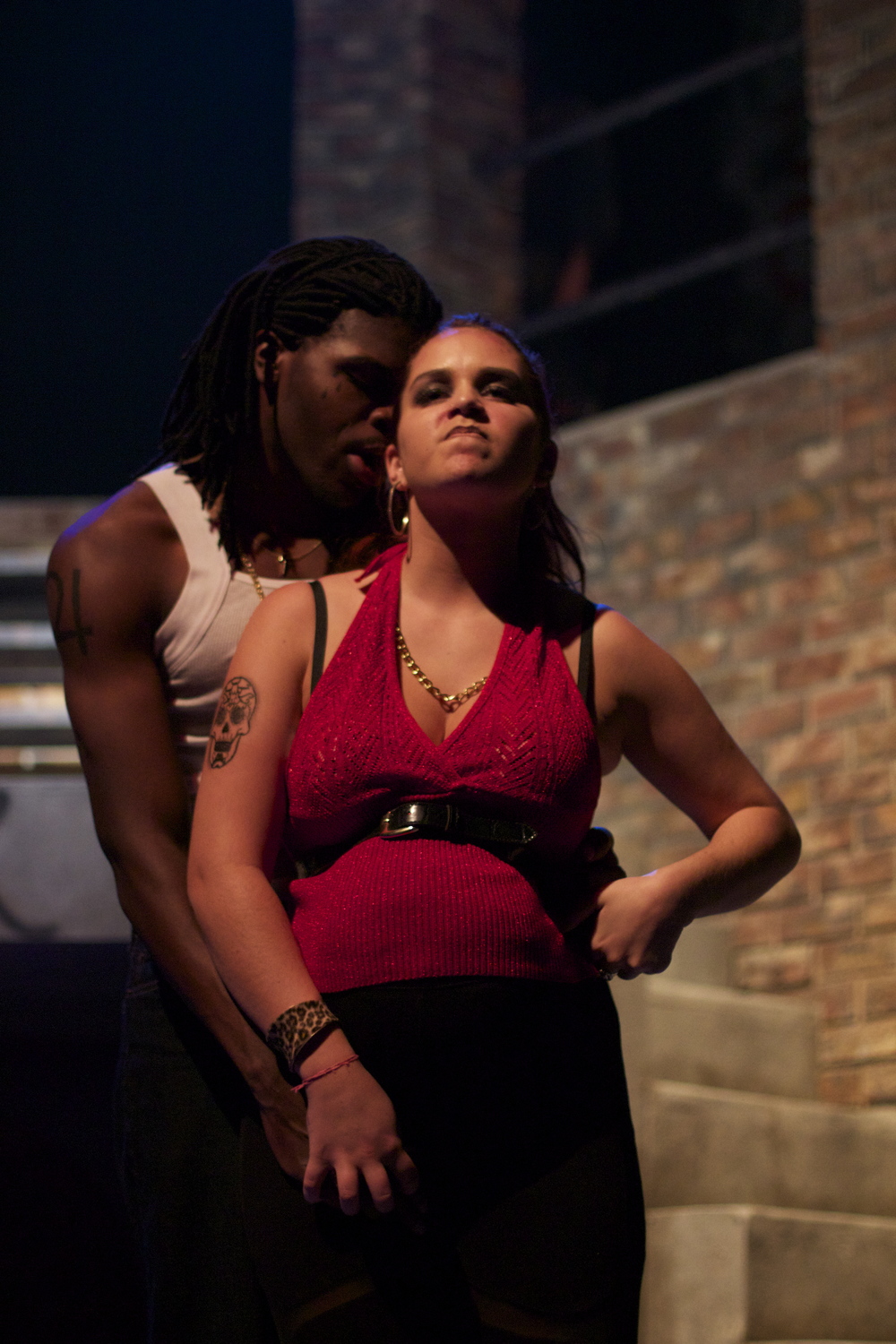 This article was originally published in print in the Fall 2013 Skidmore Theater Newsletter.