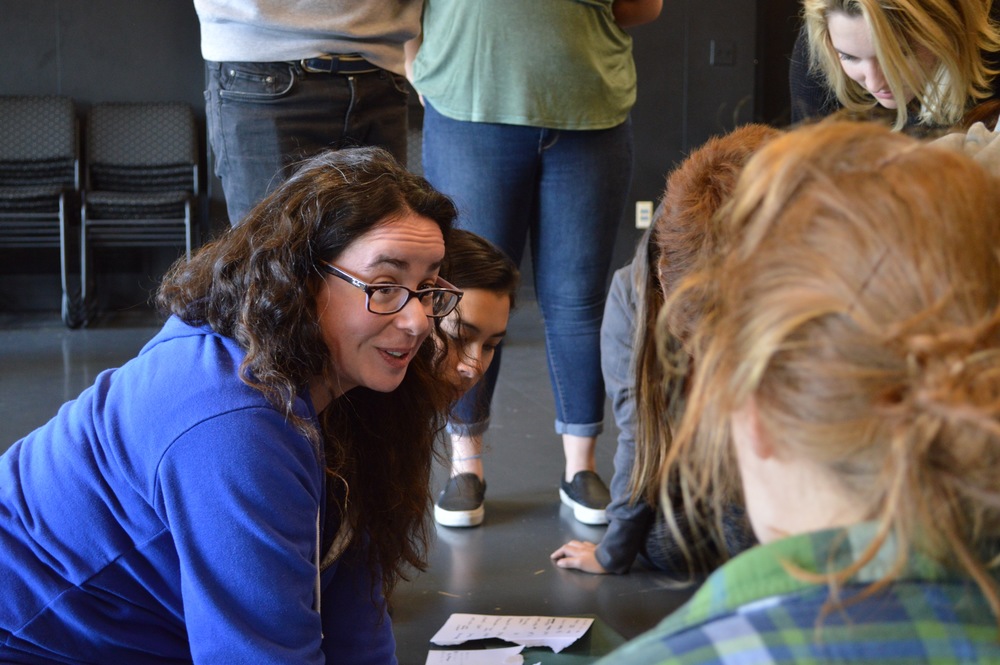 Living on the Pulse of Satire

Rachael Mason—Head of Advanced Improvisation at Chicago’s Second City—stands in the JKB design studio with the faces of twenty-one students peering back at her, her curly brown hair, purple glasses, and a blue sweatshirt perfectly complementing her confident devil-may-care attitude. On the front of her sweatshirt sits a proudly displayed silhouette of a rickety wooden chair with the letters “S.C.T.C.” underneath. Mason, who was once a Skidmore student herself, uncaps a dry erase marker and pauses, her eyes darting between faces with the look of the wizened: “What I’m about to teach you is something that would’ve changed my life had I learned it in college.” Eager ears seated around the room perk up. Time to work.

During a break from teaching, Mason tells me that her own Skidmore Theater education was crucial in preparing her for Chicago: “We call Second City ‘Mecca,’ and Skidmore is like Medina.  You’re in the place that leads directly to the black rock.  The best teachers.  The best education…Your theater department is made up of working professionals who inspired someone that twenty years later is still talking about this place and is eager to come back.” 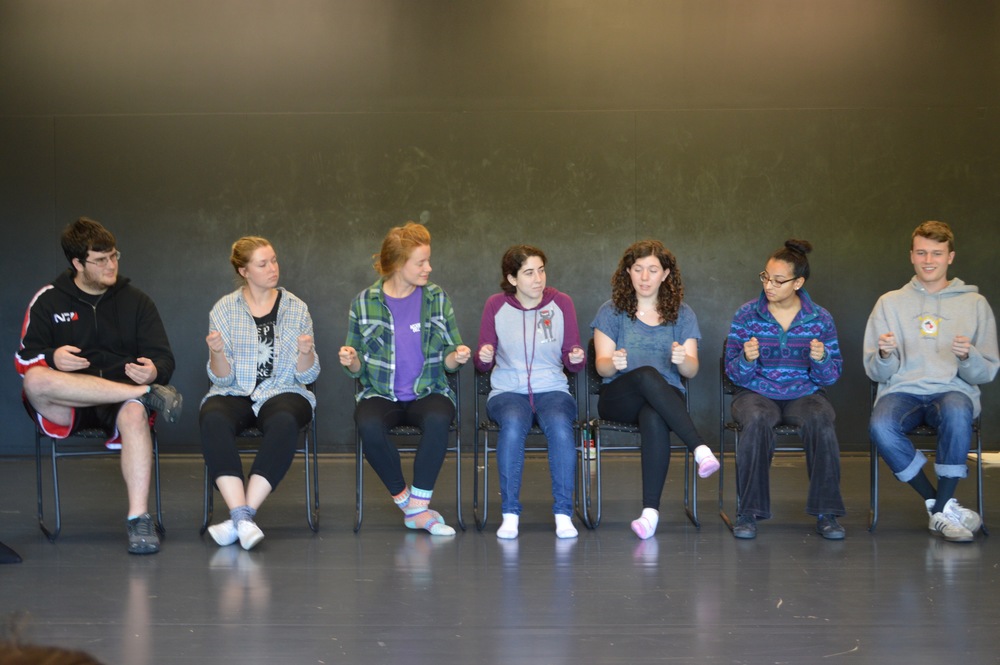 The workshop itself was made possible through the generosity of another Skidmore alum: David Miner.  As a student, Miner created Skidmore’s first improv group, the Ad-Liberal Artists, and the National College Comedy Festival, which last year celebrated its 25th consecutive year.  Miner, who has had 11 Emmy nominations (and 5 wins) as Executive Producer of 30 Rock, Parks and Recreation, Brooklyn Nine-Nine and Unbreakable Kimmy Schmidt, speaks of his generous funding of the improv workshop with trademark humor: “Skidmore gave me academic credit for studying at Second City in Chicago in 1990, so it’s nice to foster the same experience without the students having to drive through Gary, Indiana.”

Both Miner and Mason are familiar with the Skidmore student experience. Mason admits that she set high expectations for herself before the workshop:  “It’s scary because I know what it’s like to be the skeptical student on the other side.”  Skeptical or not, the three week long intensive improv workshop was among the most talked-about of the department’s course offerings this semester.  And that’s no surprise—Second City is a theater company known not only for its groundbreaking improv and sketch comedy work (it began in 1959 as the first ongoing improv troupe in the U.S.), but also as a regular hiring ground for Saturday Night Live.  Its list of alumni reads like a timeline of American comedy from the past half-century: Alan Arkin, Joan Rivers, John Belushi, John Candy, Dan Aykroyd, Billy Murray, Mike Meyers, Steve Carell, Stephen Colbert, Tina Fey, Amy Poehler…the list goes on.  Mason, who trained personally with Second City founder and famed comedy coach Del Close soon after she graduated Skidmore, is a founding member of renowned improv group “Baby Wants Candy,” and is the director of Chicago’s iO Theater Training Center.  The opportunity to learn from Mason is, in short, a comic actor’s dream. 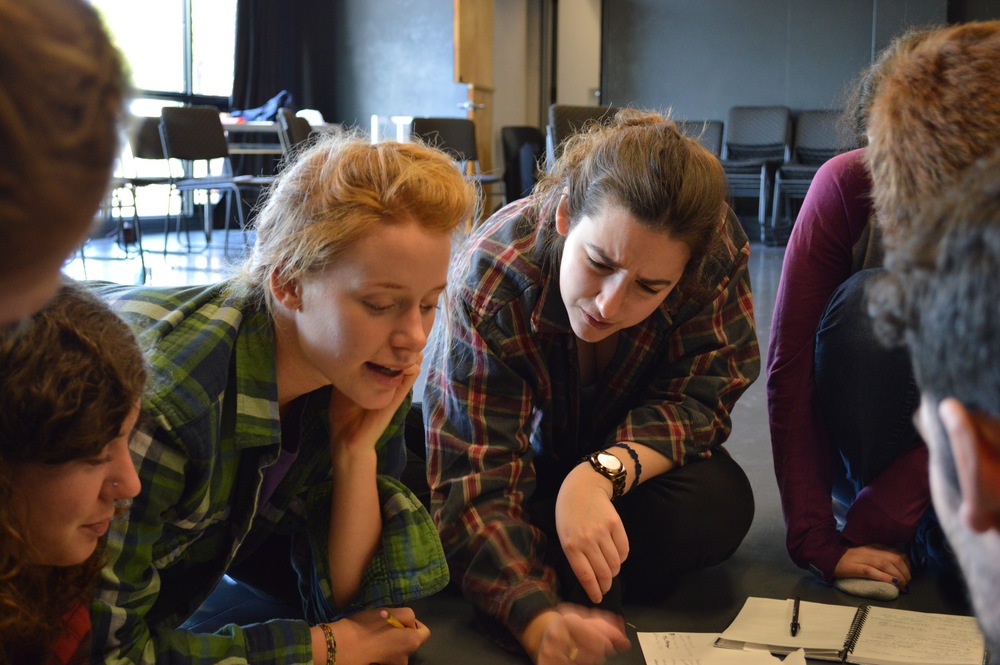 Spreading her three key subjects—short form improv, long form improv, and writing sketch comedy from improv—across the three weekends, Mason’s lessons left students (many of whom were in comedy groups of their own, including Mason’s own alma mater The Ad-Liberal Artists) utterly transformed.  Adina Kruskal ’18 says of Rachael: “She would never hesitate to call us out in the moment if we were making weak choices or falling short of what she knew we could do, but she also was not shy about applauding us when we made strong choices. She was very good at explaining the concepts that make for a good improvised scene in an intuitive, easy to understand way.”  Mason stressed the importance of playing “to the height of your intelligence”; that is, she encouraged students to use their intelligence to make scenes convey messages that go beyond easy laughs, playing into Second City’s long-standing tradition of social commentary.  Included in her training was a presentation entitled “The History Of Satire,” which detailed over a century’s worth of American satire, from Mark Twain to Charlie Chaplin to Jon Stewart.  Memorably, Mason often pointed out “real” social dialogue at work beneath scenes that students had no intention of turning political, highlighting her belief that comedy can be a tool for real social change—and, indeed, that social critique is inherent in improv. 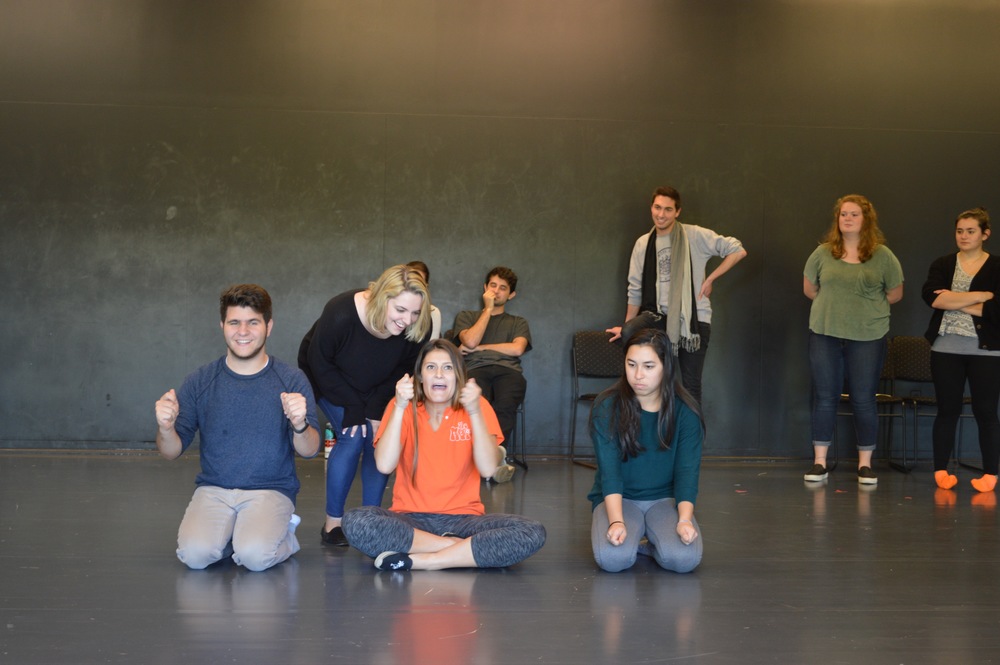 Mason’s lessons were applicable to far more than improv, however.  While the class was attended by many campus comedians, Zachary Cohn ’16 speaks to how Mason’s lessons apply to a dramatic actor: “The principles of improv—from the most fundamental aspects of listening and saying ‘yes’ to complex character work—work for any other kind of acting.  I’ll definitely be bringing the kind of attention and maneuverability I learned in the class to my performance in Macbeth later this semester.”

During the last hour of the workshop, Mason split the group of students in half, giving them each the task of structuring a Second City-style sketch comedy revue out of the best material students had come up with through improv over the three weeks.  These ending presentations shared scenes, but because of the way they were structured, gave off completely different messages.  Mason didn’t have to ask what we’d learned—the truth was in the work.  She beamed at us all, said goodbye, and by night was back in Chicago, living on the pulse of satire. 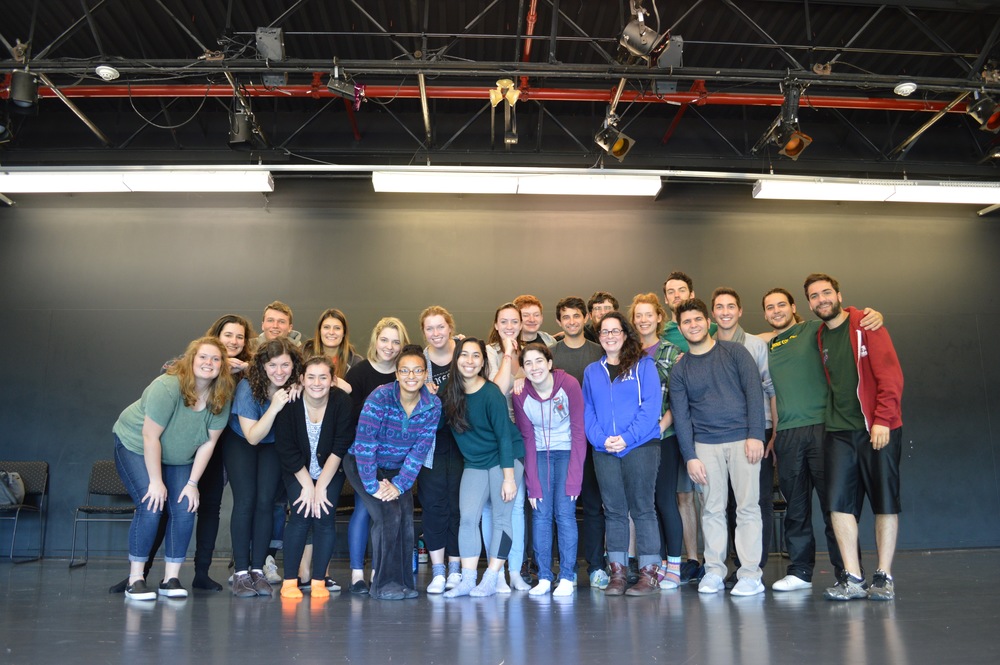