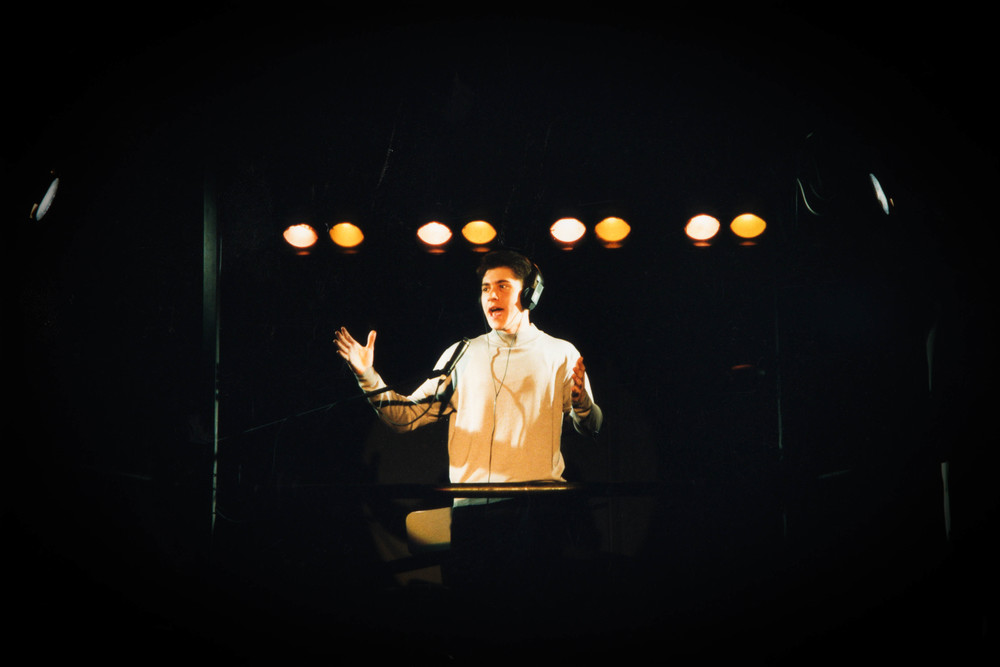 An hour before show time for A View From the Bridge, Michael Zegen is sitting in his dressing room in back of the Lyceum Theatre. It’s a Monday night, which every other week of the run has been a day off for the cast, but a holiday influx of audiences has the entirety of Broadway particularly packed, hence the added performance. Outside, squads of policemen shepherd dense knots of tourists in what most New Yorkers would probably consider a particularly grotesque enactment of purgatory. Zegen, 36-years-old and unfazed, sits back in an old, plush armchair, which takes up about a quarter of his dressing room. On the wall beside us, a thin white counter stretches below a long mirror, which in typical backstage fashion is topped by uncovered light bulbs. Two separate bouquets of flowers are stuck in different corners of the room, their petals wrinkled in various states of wilting. On the counter there’s a box of chocolates. Nearby there’s a small, unglamorous porcelain sink, above which hangs a blue sweater—the staple of Zegen’s main outfit as Marco, one of two Italian brothers in Arthur Miller’s play. The role of Marco is Zegen’s first on Broadway.

“I’ve always been acting. Since I was a little kid, I’ve always wanted to be an actor,” he says. Despite the testosterone-infused performance he gives in Bridge, Zegen himself, who grew up in Ridgewood, New Jersey, is mild-mannered and friendly. “I wrote my fifth grade play. We had to do some sort of project about the Bill of Rights. It could be anything, so I wrote a play where these aliens came down to earth and these kids taught them about the Bill of Rights. All the characters were named after people in my class, and there was a character named Mike. I had to audition for it, and I remember thinking ‘I hope I get Mike, I hope I get Mike.’” 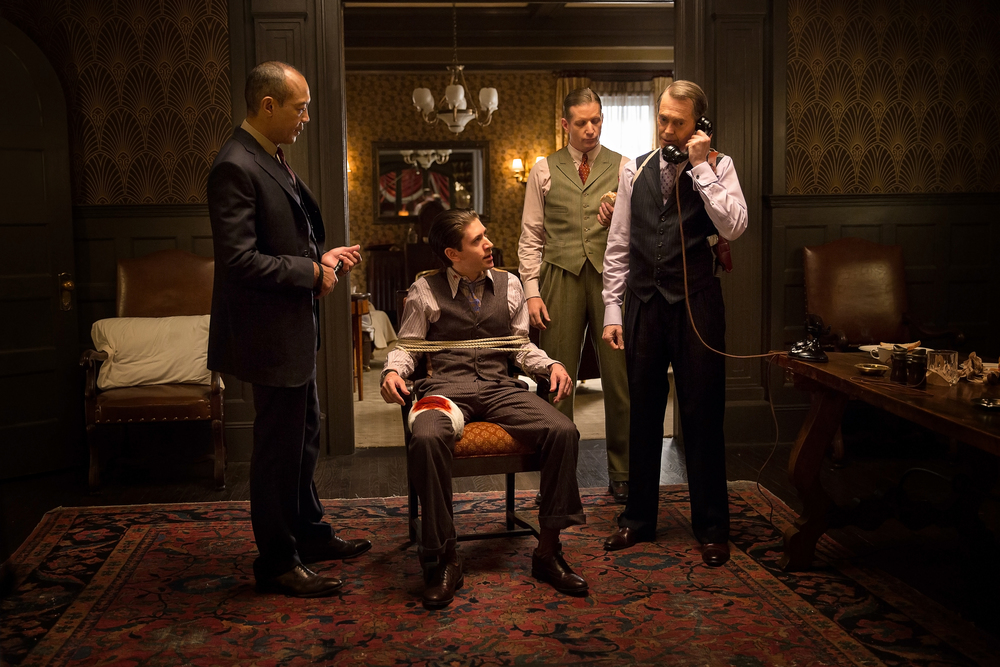 “In high school I attempted to put together a staged production of Reservoir Dogs in my friend’s garage,” says Zegen, “I told Steve [Buscemi] about that and he got a real kick out of it.”

Mike Zegen landed the part. Luckily for him, he’s done a pretty good job landing parts since, too. Earlier in 2015 he acted opposite Jesse Eisenberg in Eisenberg’s play The Spoils, which premiered off-Broadway at The New Group. Before that, he performed off-Broadway in Roundabout Theatre Company’s Bad Jews. He has acted in several films including Brooklyn and Frances Ha, and on television in Boardwalk Empire, Girls, and The Walking Dead, where he was reunited with fellow Skidmore alum Jon Bernthal.

Tonight, though, Zegen is firmly in a theatrical state of mind. This production of Bridge, which originated at The Young Vic in London and won Olivier awards for Best Revival, Best Director, and Best Actor, has been transferred to Broadway for a four-month run. Zegen’s role is one of two in the eight-person cast that was recast when the show transferred. “We only had a week and a half of rehearsals,” he recalls. “The rest of the cast had done it a hundred and fifty times. Russell [Tovey] and I—we were the new guys—were told to be fully memorized for the first day, and they just threw us out there. It was terrifying. We were fully costumed, the set was built. We knew the lines but we didn’t know the blocking, so I went out on stage and I’m acting with Mark Strong and I don’t know the blocking.” 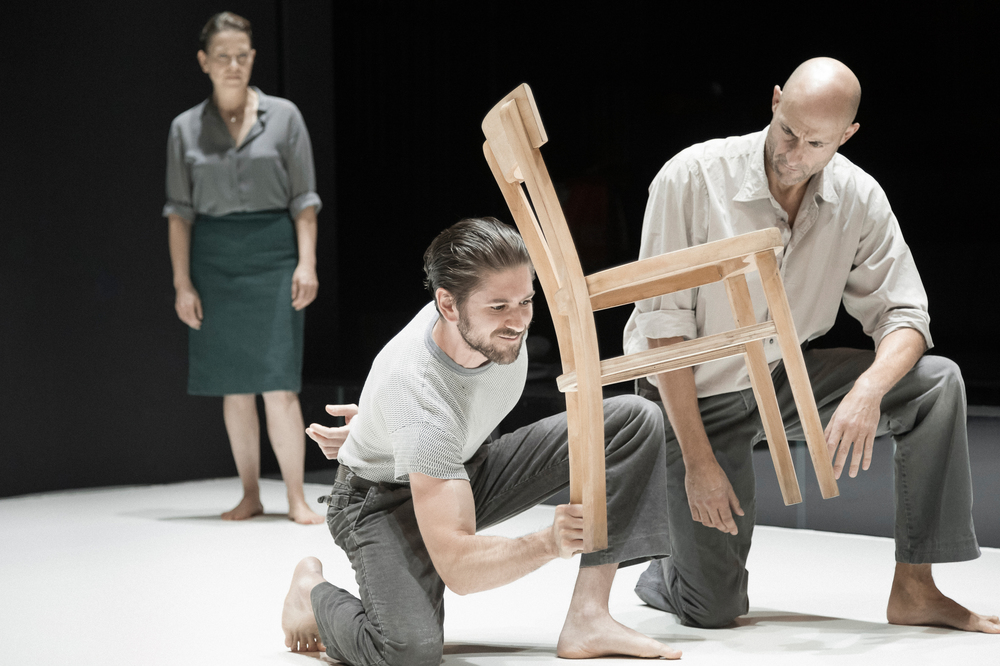 Nicola Walker, Michael Zegen, and Mark Strong in A View From the Bridge. Photo: Jan Versweyveld

Having less than two weeks to rehearse doesn’t seem to have bothered Zegen too much, who says that much of what he discovers in his characters comes out after the rehearsal process is finished. “I usually find my characters in front of an audience. When I’m rehearsing I don’t want to give away everything. Maybe I’m scared that the director will say no.”

In this case, the director is Ivo Van Hove, a Belgian director who also collaborated with the late David Bowie on Lazarus, whose premiere at the New York Theater Workshop overlapped with this run of View From the Bridge. “He was incredibly helpful,” says Zegen, “There’s a reason he is who he is right now.” Many would consider Van Hove’s work avant-garde, “though he doesn’t like being called an avant-garde director,” Zegen adds. Van Hove’s production of Bridge is minimalist, with a nearly bare stage and minimal costuming. “It’s actually quite enjoyable,” Zegen says, “You don’t worry about scene or costume changes. The words are so rich and beautiful that the rest is kind of unnecessary.“ 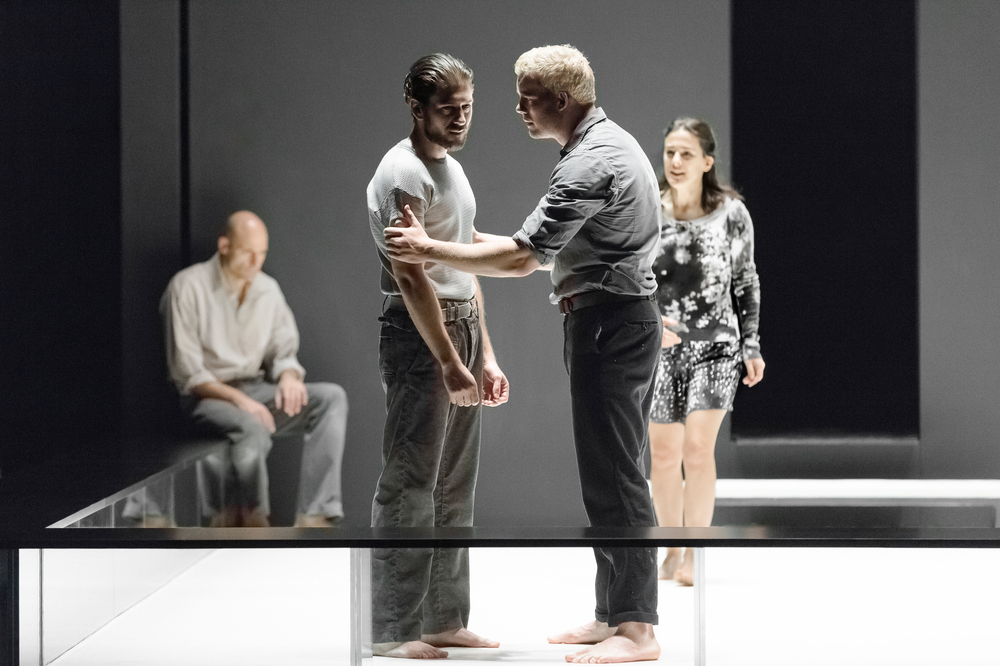 Van Hove’s Bridge, Zegen says, is the most experimental show that he has been involved with since his senior year at Skidmore, when he was directed by Phil Soltanoff in Camino Real. “He kind of threw me in there as a favor,” Zegen admits. “I didn’t get cast that semester and he kind of just threw me a bone.” Michael Zegen, now on Broadway, did not get cast in any shows during his final semester at Skidmore.

When Zegen first arrived in Saratoga in 1998, he was given a small role as twelve-year-old Douglas Fairbanks Rosenbloom in an Alma Becker-directed production of A Slight Case of Murder. “I was always very small and young looking—I’d always played little kids in high school,” he says. “When I got to college I thought ‘Okay, I can build on this.’ Then I got cast as a kid. I think I went up to the stage manager when I saw the script and told her ‘It says I’m six!’ Then she said ‘Oh, no. We changed it to twelve.’”

It was during that show that Zegen met Gareth Hughes, with whom he would start the Skidmore-based sketch comedy group The Sketchies. “We were backstage talking and decided we should make a sketch comedy group,” he remembers. “I had auditioned for an improv group and didn’t get in. So we started writing sketches and filming them.” Soon after, the two would be joined by Joe Leone, who they met while acting in a student workshop production called City of Bells. Zegen remembers “running around campus turning on every TV in every common room to the Skidmore station” when early Sketchies videos would air on the college television station. “It took a long time to film everything and edit it, but we did it,” he smiles. The pride still shines from Zegen’s face as he talks. “We’d be in the editing room all night long…Sketchies was my thing. That’s what I put my time and energy into. Really, all of it. And I wouldn’t have had it any other way.”

While Zegen continued to perform in theatrical productions through the Skidmore Theater, Sketchies would become his biggest outlet for performing. Eventually, he would develop a nickname within the group: “Baby Sketchie.” “My Junior year we did a live show,” he says. “I didn’t sleep for three days straight, editing and rehearsing.” He talks about David Yergan, the long-time Technical Director of the Skidmore Theater who passed away in 2013. “Dave really helped us out,” says Zegen. “He did all of our lighting and everything. My favorite memories of him are just him laughing his ass off during one of our shows…He was special. He loved us.” 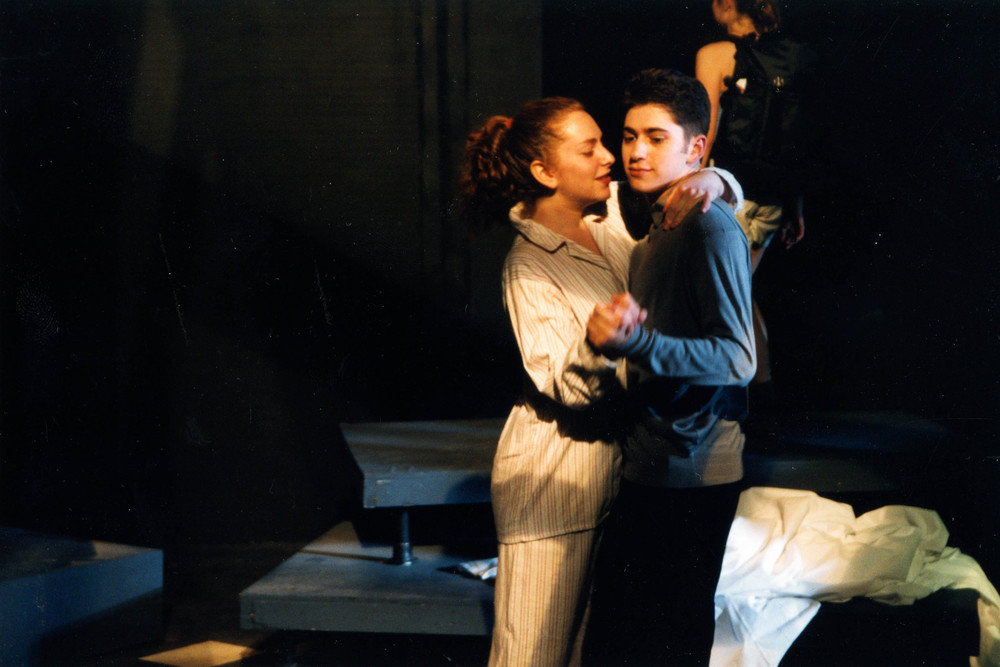 The comedic background Zegen developed at Skidmore, which included performing with The Sketchies in the National College Comedy Festival, served him well. When he graduated, Zegen headed straight for New York City, where he quickly found acting work on The Late Show with David Letterman, playing a recurring character called “Dwight the Troubled Teen.” “It was nice to be making money doing what I wanted to do,” he says. “It allowed me to support myself while I auditioned for other jobs.”

The big job arrived in the form of the character Damien Keefe on Rescue Me, which broke Zegen into the world of television and film. Now, screen acting is as big a part of his career as theater is. But for Zegen, it all started at Skidmore. “Going back to Sketchies,” he breaks off when talking about his professional work, “that was an important experience for me. I didn’t get into the improv group I’d auditioned for and I said ‘I’ll just start my own group.’ People laughed it off, but I made it happen. And all it takes is just doing that. When I came to New York, I had that same motivation and that same frame of mind where it would happen if I just stuck with it. You’ve got to be passionate about it. Anything is possible.” 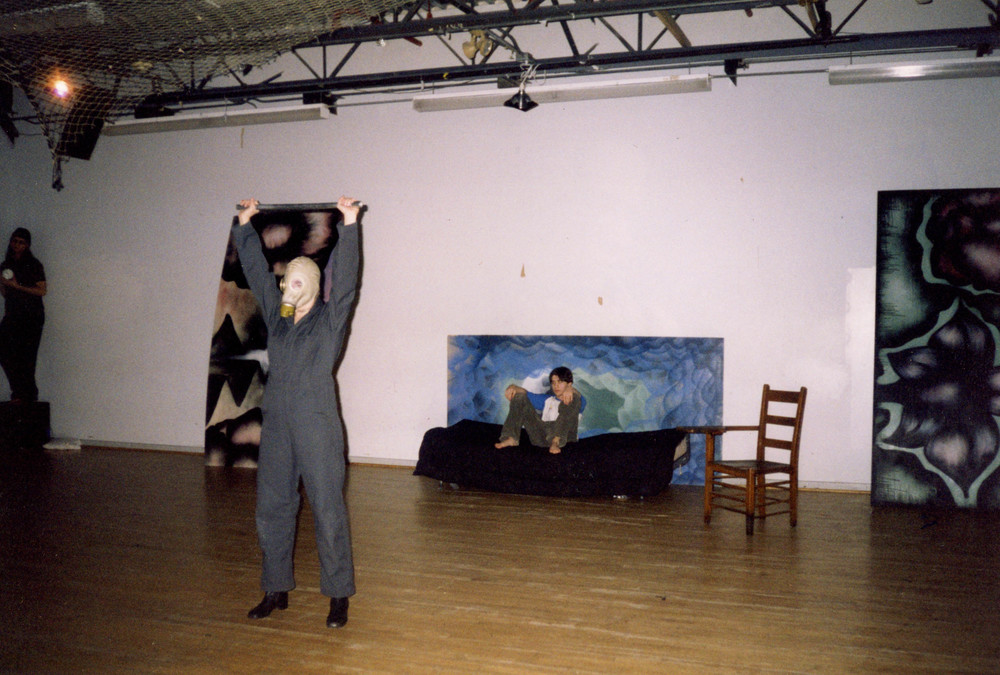 At around 7:00, we walk downstairs, where some other members of the cast are pacing backstage doing vocal warm-ups. Zegen greets every member of the crew that he passes by name. “We spend so much time together, luckily we like each other,” he laughs. We’re heading to the bottom floor, where the costume and makeup crew are preparing the night’s clothing, and where at 7:30 the cast meet to sit on couches in a small, claustrophobic green room. The room itself is overrun by Christmas lights. “It’s very relaxed and chill,” says Zegen. “We shoot the shit and then it’s show time.” Behind him, Mark Strong and Russel Tovey are deep in an animated conversation, laughing. “It’s always so surreal to be working with your idols,” Zegen says. “And that’s always been the goal—I want to work with the best.” So far, so good.

Gabe Cohn is a senior English major and editor-in-chief of the Living Newsletter. He has recently contributed to Culturebot and One Week // One Band. 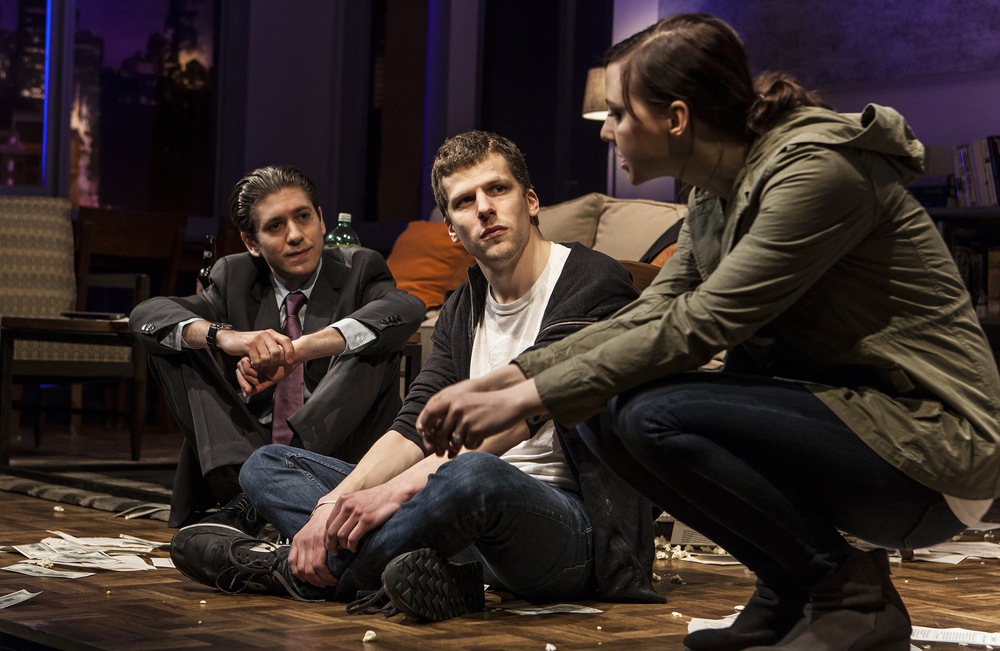 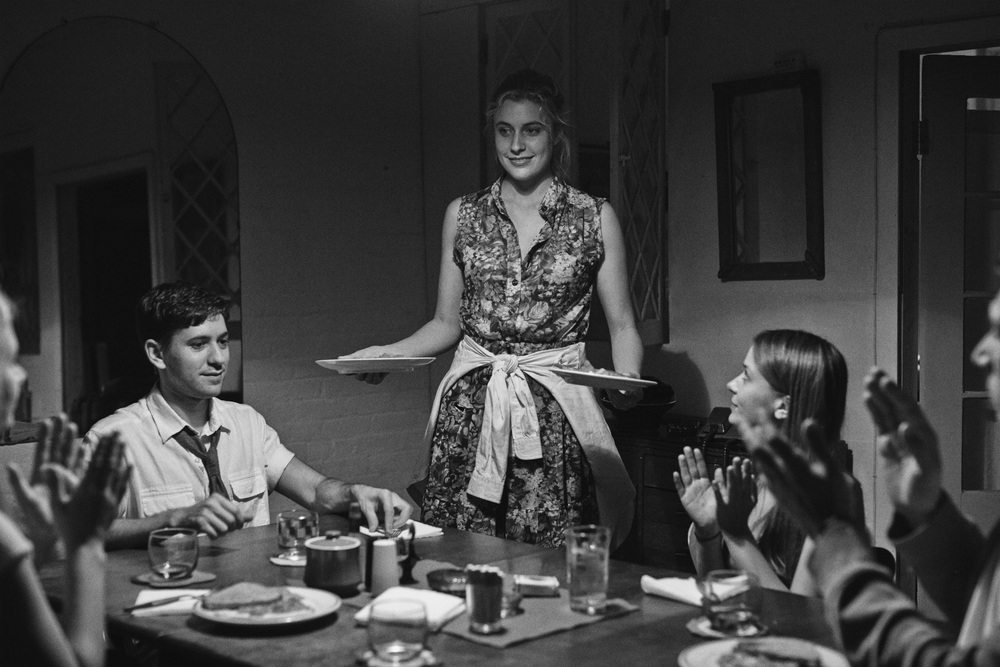 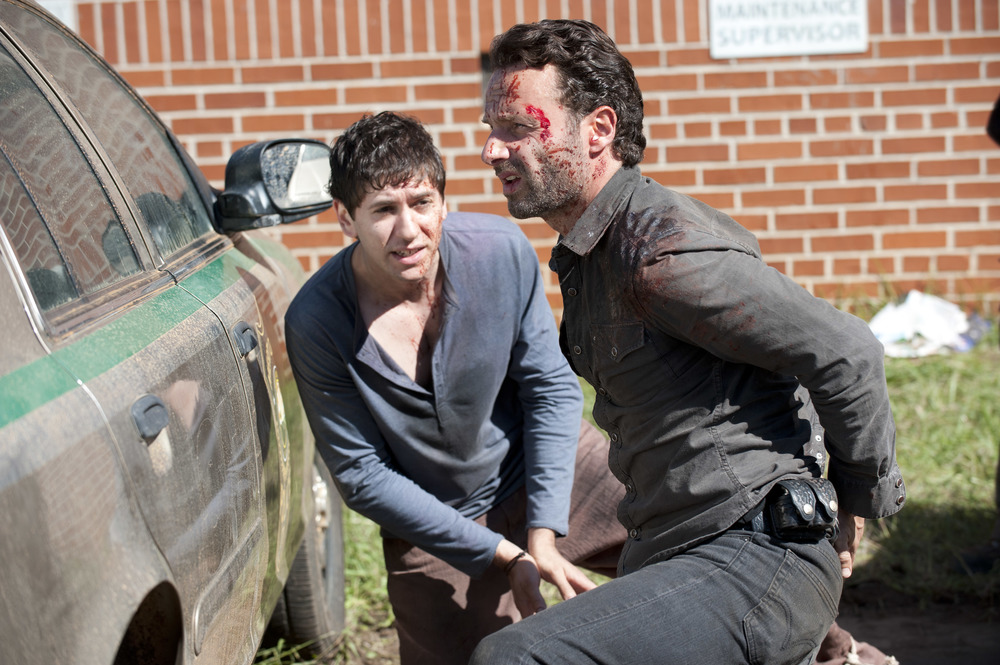 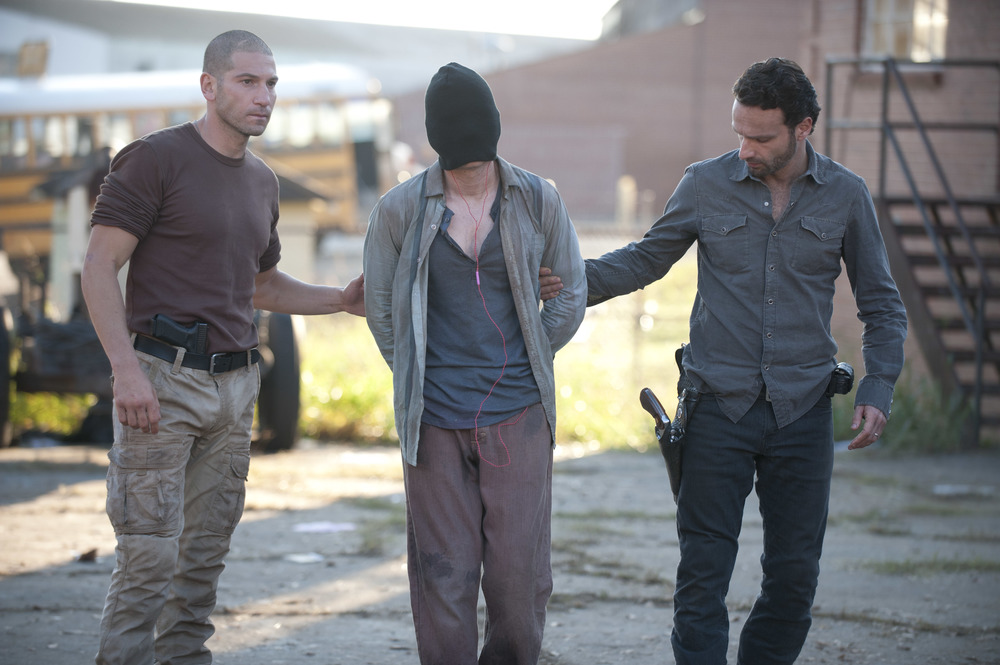 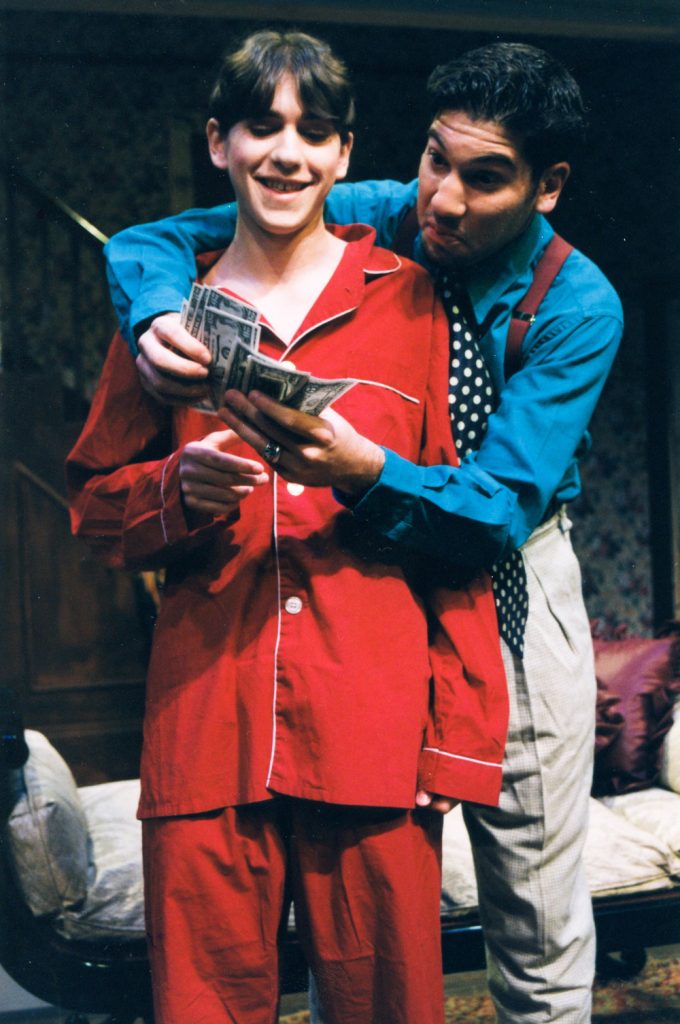