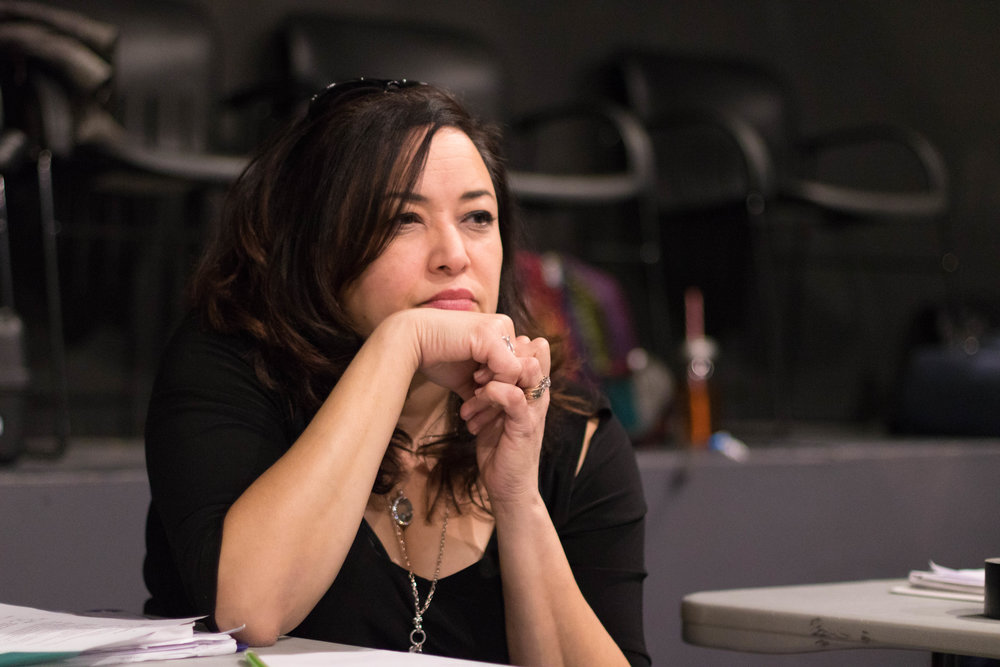 If you ever encounter someone who exhibits even a fraction of the genuine enthusiasm for her work that Eunice S. Ferreira does, consider yourself lucky. Her office, one wall consumed by books, another completely taken up by a window, seems almost like an intellectual’s painting studio: instead of brushes, there are books; instead of pigments, there are masks and scripts; and instead of canvasses there is (right downstairs) an entire black box theater just waiting to be filled with her work.

In this multilingual production of The Orphan Sea by Caridad Svich, the seventeen cast members and the creative team speak ten different languages among them, either bilingually or as a first language. “I thought not only about the final product, but about how multiple languages might enrich our rehearsal process,” she says, then laughs: “there have been some times where I would just start talking to the cast in Portuguese.” During warm-ups, for example, Ferreira taught the cast how to sing the song “Sodade” in Crioulo, the Cape Verdean language. It is easy to see how deeply this passion for language runs in her veins: at one point in our conversation, two students appear at the office door, and Ferreira immediately begins to have a conversation with each of them in two different languages. “It is a gift,” she says, “to speak to someone in their first language, to give them a piece of home when home is far away.” 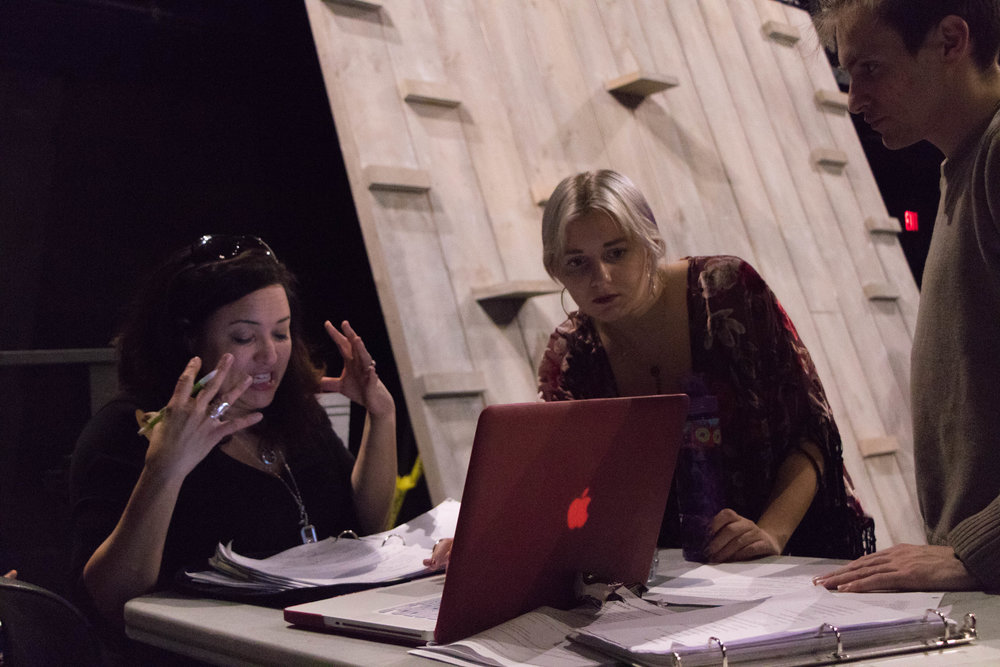 And that seems a very apt gift to give in the context of this play. As we discuss language, culture, and the concept of home, we begin to delve into the essence of the Odysseus and Penelope narrative of The Orphan Sea, a story that is very tied to Ferreira’s own family history in Cape Verde. “The Odysseus/Penelope story of people who leave and people who wait…is part of the historical and cultural narrative of the Cape Verde Islands,” she explains. The Odysseus story certainly fits in with my own family history as well, and I think you would be hard pressed to find a person in this school, country, and world for whom the same does not hold true to some degree. It is precisely for this reason, Ferreira says, that this play is going up now of all times. In the black box space they have built the wall that Trump has more than alluded to, and within that space, on and around the wall, they explore the “ancient story of migration…but also the very contemporary story of border crossing, of being documented or undocumented, of refugees…living in diasporic communities, leaving your place of origin, settling in a new community where you might be with other people from your homeland, the idea of perhaps never going back to your homeland, and the grief of that.”

Ferreira’s interest in creating this project in this way has always been intrinsically tied to her scholarly work, she emphasizes. Much of her teaching and research relates to global performance, identities, culture, and language. This interest, combined with her artistic interests, meant that The Orphan Sea was a perfect fit.

“This multilingual production would not have been possible without this cast,” Ferreira says, speaking about the creative input that each actor has had in the process and the diversity of backgrounds represented within the ensemble. She also credits Svich, expressing her gratitude that the playwright entrusted her with the task of creating a multilingual version of the play. Since she knew from the beginning that she wanted a multilingual production, Ferreira was able to reach out to other departments and student organizations, especially the Department of World Languages and Literature, and bring in students from all different academic circles to audition. “My wish for The Orphan Sea is that students, faculty and staff on campus, who may not have necessarily come to the theater before, or thought that there could be a place for them, will feel welcomed as audience members and as potential creative contributors to the life of the department,” she explains.

I left Ferreira’s office still reflecting on the new way she had encouraged me to examine the world and the people around me: how each person has a story, a background that brought them to where they are today. Early in our conversation she said that she has “always been committed to the idea that our stages should reflect the scope, the breadth of humanity.” The seventeen people onstage in The Orphan Sea represent an entire world of people, and a timeless story of love and loss, but they also represent the true depth of the stories that this campus population has to tell. I, for one, can’t wait to hear what they say.

Laura McCullagh ’17 is a senior Theater major and a staff writer for the Skidmore Theater Living Newsletter.