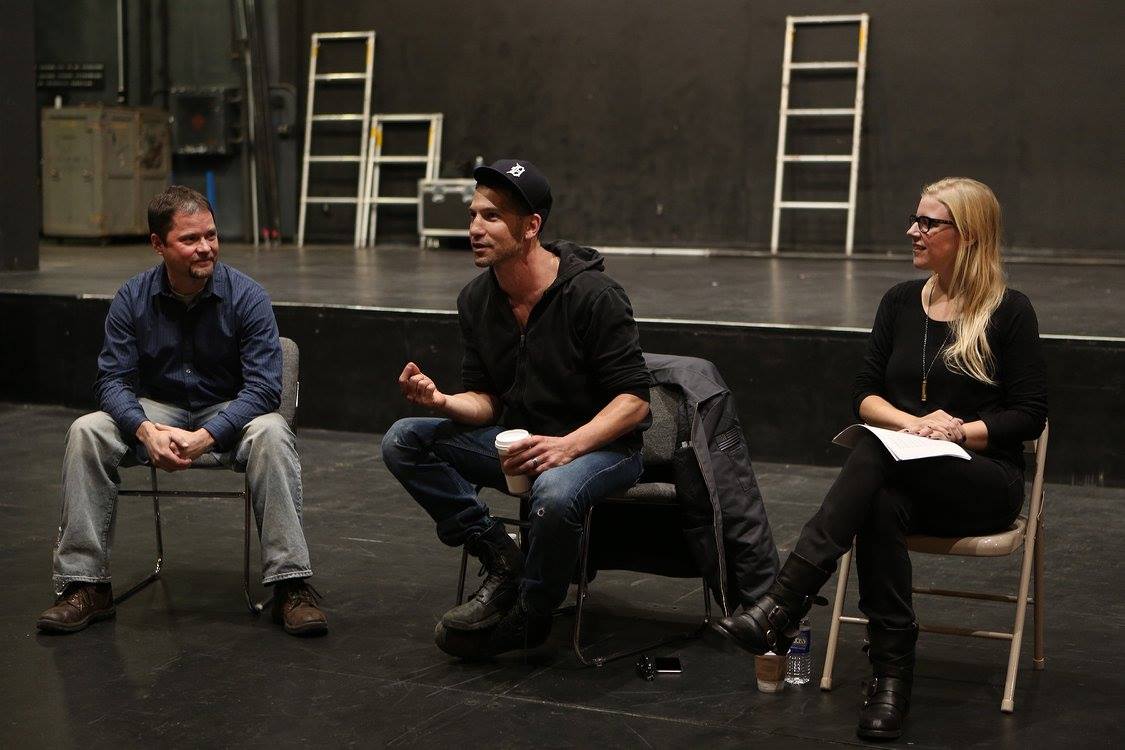 It’s a typical Friday afternoon; Theater Company is in full swing. But as the minutes tick by, the theater begins to fill more and more with students new to the department. Together, they wait excitedly for the arrival of actor and Skidmore theater alumnus Jon Bernthal ’99.

I greet Bernthal at the door, and am immediately struck by what a kind—and tall—individual he is. He’s just come from the set of his new Netflix series The Punisher, in which he continues his critically acclaimed portrayal of the eponymous anti-hero from Daredevil. He’d been shooting an action sequence through the night before and up until 10:00 A.M. Friday morning, and, although exhausted, he strides through the JKB lobby with a huge grin. We offer to take him through the green room to the stage, but he laughs us off with, “Who do you think I am?” before heading up the stairs into the back of the theater where he’ll have a Q&A with the students.

After company, we go upstairs to Studio B, where Bernthal paces around the room and reminisces about his days playing baseball and performing with his student-created company Fovea Floods, and about his mentor, Alma Becker. We leave him to go to dinner after his long day—he wants to go to his favorite sub shop, Roma’s, but it’s unclear if he’ll be able to eat anything there due to his superhero diet.

On Saturday, the second and final day of Bernthal’s stay, the senior theater majors are able to sit down with him to ask any and all questions they have about theater, film/TV, and life in general. It’s clear that for Bernthal, the art is the most important aspect of his work, which he stresses he learned from his years here at Skidmore. “Get to the point [in your work] where you don’t go home at the end of the night and say, ‘I didn’t do everything,’” he tells us, “Because the only way you lose is if you let fear beat you.” As he advocates for us to be fearless and determined in life, he punctuates his words with mock punches and gestures. This is someone who instills passion into every aspect of his art: “Live like a motherfucker, act like a motherfucker, be a motherfucker.” We laugh at his uncanny ability to be inspiring even while he intersperses those sentiments with amazingly crude language. He rubs the back of his head with a bruised hand. (The hair on his forearm is singed, I assume from the intense weapons he’d been using on set the night before. Jon Bernthal is tough.) Then he looks at every one of us and tells us, “You are an artist of value. You have value.”

As Bernthal leaves the theater to return to the city, he says goodbye to us by name. He zips up his bomber jacket with the Punisher logo on the back, and promises that he’ll be back.

Miranda Park ’17 is a senior theater major and a Staff Writer for the Skidmore Theater Living Newsletter.