Fragments: Not Just a Sit-Around

Every spring, one senior theater major gets the opportunity to direct the Black Box production. Staff writer Philip Merrick ’19 sits down with student director Shea Leavis ’17 to get the inside scoop days before the opening of this semester’s Black Box production, Fragments by Edward Albee. 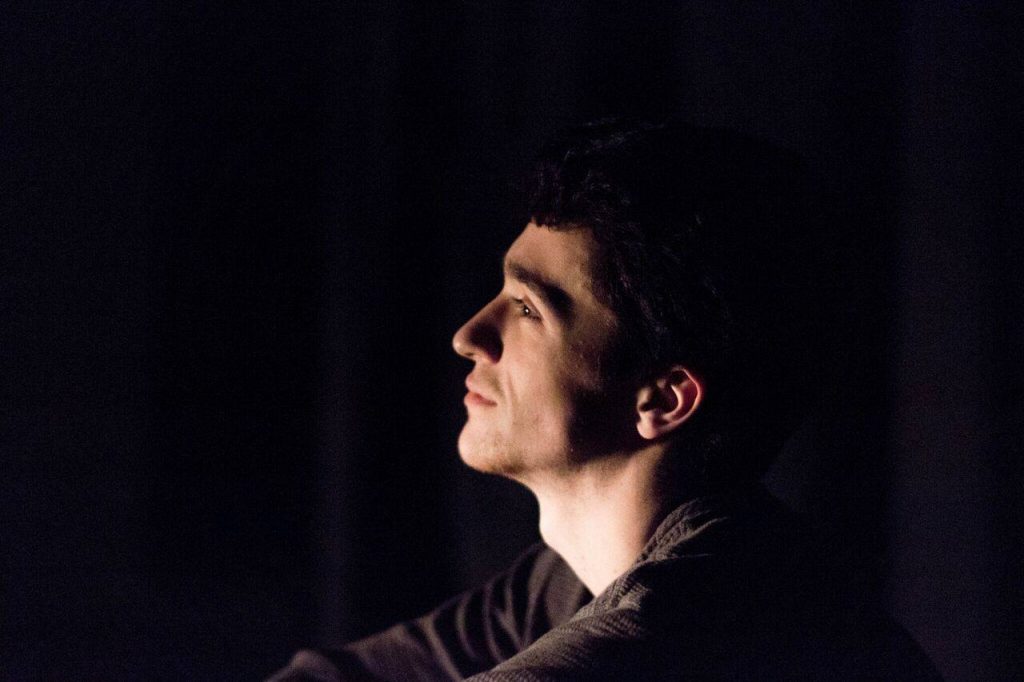 What drew you to this play?

I started off initially looking for things that had a lot of action in them. A lot of vibrant, exciting imagery, and then I realized that maybe I was approaching things wrong, and that I was more excited about injecting that into something or prying that out of something…This play gave me room, to not necessarily conjure things that weren’t there, but find the most interesting combination of ingredients to pull out of it. Content-wise, it is very philosophically smart but also very funny, and deals with a lot of things, like how we perceive identity, in a very personal way.

Why is this play important to perform right now?

My hope for this show is that we take people to a place that looks very unfamiliar to them, in terms of its general appearance but also in terms of how people behave and move and speak to each other. It could kind of act as a proposal for: What if the way that we communicated was drastically different? Right now it’s an important time to be reexamining, specifically in this building, why we do the things that we do and how they have an immediate or long-term impact on the audiences that we’re doing them for.

What are you most excited about for the play?

I’m good at painting the pretty stage picture. That is something I know how to do. An unfortunate amount of my theatrical experiences here have been: “That was beautiful.” “…And?” I have high hopes that this show will touch on [something] for people that sits in their brain for a while and that doesn’t disappear when they leave the room.

Finally, I believe the play has a subtitle—”Fragments: A Sit-Around,” but it’s not being marketed, why omit the subtitle?

This play hasn’t been performed a whole lot. It was written in, I want to say, ’93. The first time it was performed, a bunch of the critics seemed to say that it wasn’t a play and that frustrated Mr. Albee. He decided to call it a “sit-around” to see if it made people who came to see it any happier. Why omit it? It’s not essential information when you’re coming to watch the show, and in it is a danger of creating some pre-conceived notions about what it might be like to come watch it. What we’re doing with the play is making it a more active piece to be a part of.

I’m profoundly uninterested in labeling what a “play” is and what “theater” is and what “art” is. It’s unnecessary and not super helpful in that it’s a way of categorizing things that already projects ideas about what the thing can be before anyone goes and experiences it. So, sure, talk about it however you want. But go see it first.