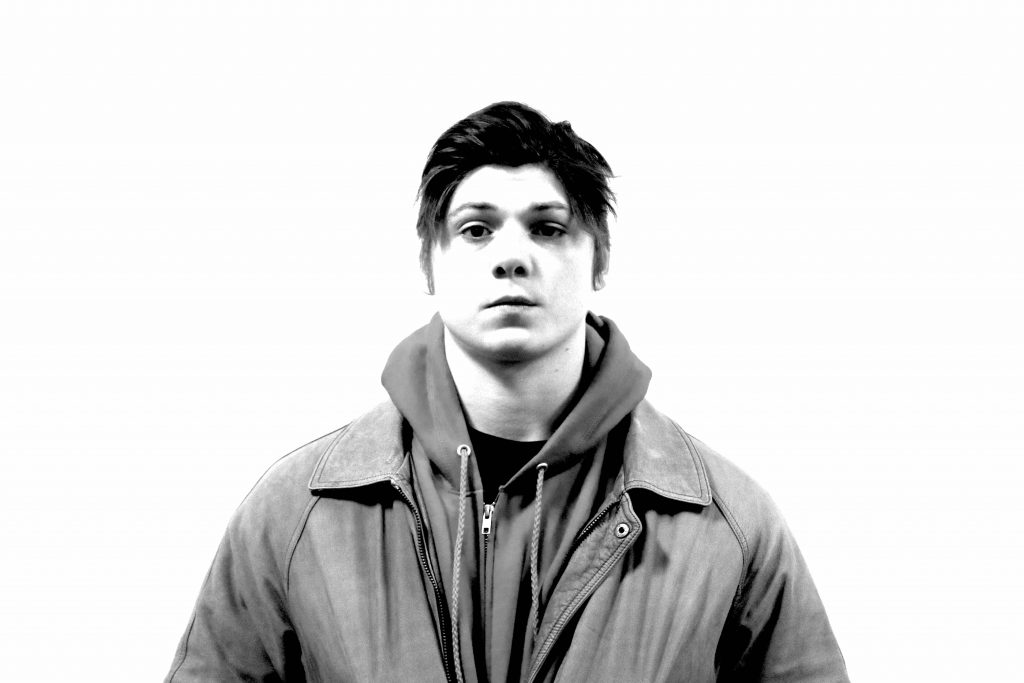 Adore, the final New Works Lab of the semester, is a multi-media approach to a homecoming story. I had the chance to sit down with writer/director Jack Mulhern to discuss his experience combining media and theater.

NS: Why the decision to take a multimedia approach? What was your inspiration?

JM: I have experience doing shows like these before. Working on Our Town last semester, that opened up a lot of new horizons. I was working on another similarly formatted show last spring. We were working with 3D-mapping and graphic design projections, and that got really complicated. I suggested that we try video, just shooting our own stuff, and then that clicked.

NS: How have these art forms informed and built off one another?

JM: It depends on the approach that you take. In my past experiences, there was a lot of focus about using the two mediums to deconstruct each other. The way that I started exploring this combination is through narrative. And these choices, they’re also about understanding where you fit in the creative world.

NS: How has this fusion of differing art mediums affected the rehearsal process?

JM: I think it’s been atypical. This is a massive project, and coordinating everything logistically did not pan out the way I intended. I had all these moving parts in my head, and so before we even got in the room, the actors were in the dark. I would film a scene and that would raise questions about how another narrative set piece comes into play. I would write to connect the two. So then, when I would rehearse a staged scene, the actors had no idea where it was going to fit contextually, because the media wasn’t complete. So when we finally got in the room, the actors were brought in on it all at once. Still, it’s felt very fluid.

NS: What has been the most challenging aspect of the process?

JM: The most challenging part of this process, for me, has been combining the two [art forms]. It’s one thing to shoot a film, edit it, and make it. It’s completely another thing to cut up a film to certain specifications so that it can be used with theater. You cut up the segments, they’re synced in weird ways– getting the film ready has definitely been difficult.

And I think the most challenging thing for the ensemble has been me.

JM: The name went away for a while, but now it’s come back again and this project also now has a completely new script. The format is the same, but as we started, the content morphed into something completely different. Yet thematically, when we got in the room, we found the name to be right at the center. It makes sense as a title now, which is interesting because I didn’t have to bend over backwards to bring it back. It settled itself. It’s been extremely fluid, from the beginning. It’s a collage.

This conversation has been edited and condensed.

Adore runs April 27-28 in Studio A of the JKB Theater. Admission is free. Email eherschl@skidmore.edu for reservations.

Nina Slowinski is a sophomore Staff Writer for STLN.