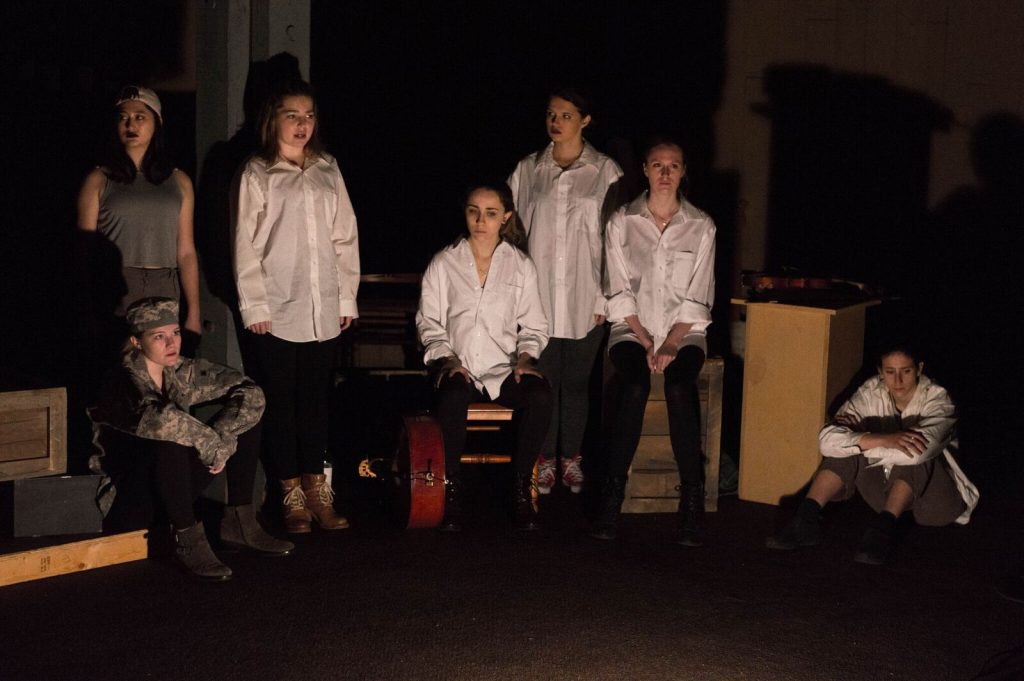 The year was 2020. The government was banning books and shutting down arts programs. In response, a collective of young women instituted the Read All Over Theatre Company, an underground space for freedom of artistic and literary expression. As we approached the Wilson Chapel for a meeting of the Company, we were intercepted by a young woman telling us to stay silent and to tread lightly. She led us into the forest, guiding us by the dim light of her flashlight. She brought us up to the back door of the Wilson Chapel where we were told to enter quietly and to put our phones on airplane mode so that we could not be tracked. We filed into the chapel, a dim room that smelt of old books, snuffed candles, and musty wood, and found our seats amongst the semi-circle of chairs and cushions that delineated a playing space. I was one of the first groups in and as I sat in my seat, watching different company members usher in groups from a myriad of discreet locations, I couldn’t help but sense the urgency and determination in their actions. The fictional framework surrounding director Rachel Karp’s ’18 production of Antigone was created by the entire theatrical team. Each member of the ensemble created a character and a backstory inspired by their response to this hypothetical government. 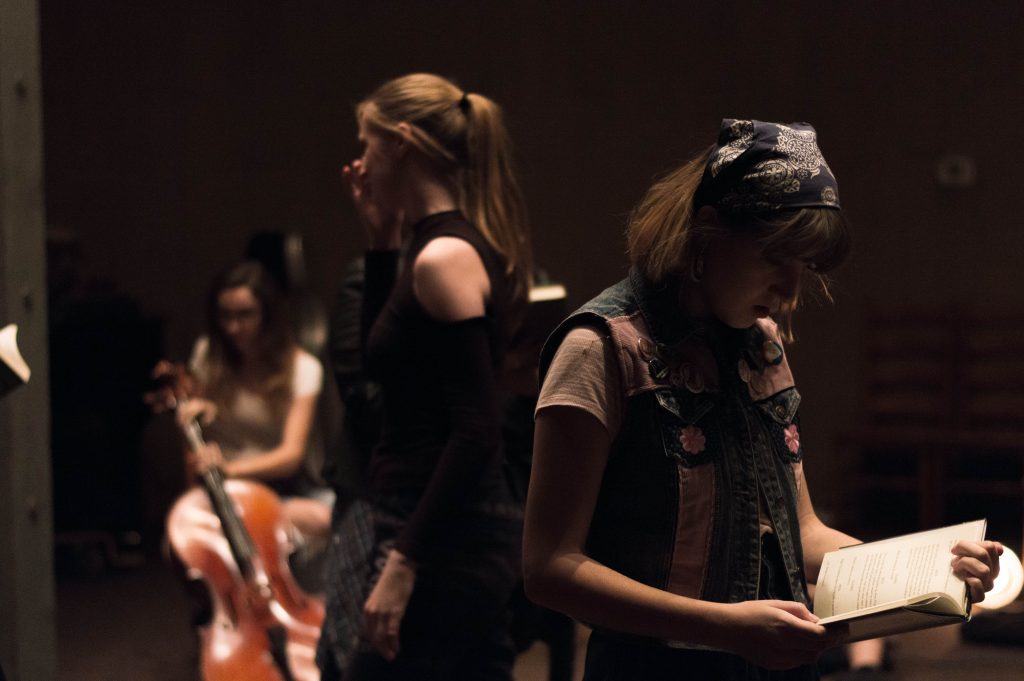 Antigone (Ellie Strayer ’20) and Read All Over Theater Company decide on their play. Photo: Dante Haughton ’19

Originally translated by Bertolt Brecht as a response to the rise of Hitler’s fascist regime during World War II, this translation of Antigone goes far beyond Sophocles’ original text. Brecht’s translation was discovered and then translated into English by Judith Malina, co-founder of the experimental, New York City based, theatre company, The Living Theatre. While Malina’s translation evoked comparisons to the Vietnam War, Karp’s rendering of the script was pointed towards the current American political climate. This version of Antigone is a text steeped in political outrage and protest. The volatile relationship between Antigone (Ellie Strayer ’20) and Kreon, Ruler of Thebes (Mira Klein ’18) was not only the crux of the play’s tension, but was also at the helm of the production’s political message. Antigone, fighting for the right to bury her treasonous brother, and Kreon a ruler who is desperate for the love and complete, unquestioning, obedience of his subjects, highlight the strained relationship between a tyrannical ruler and his autonomous subjects. 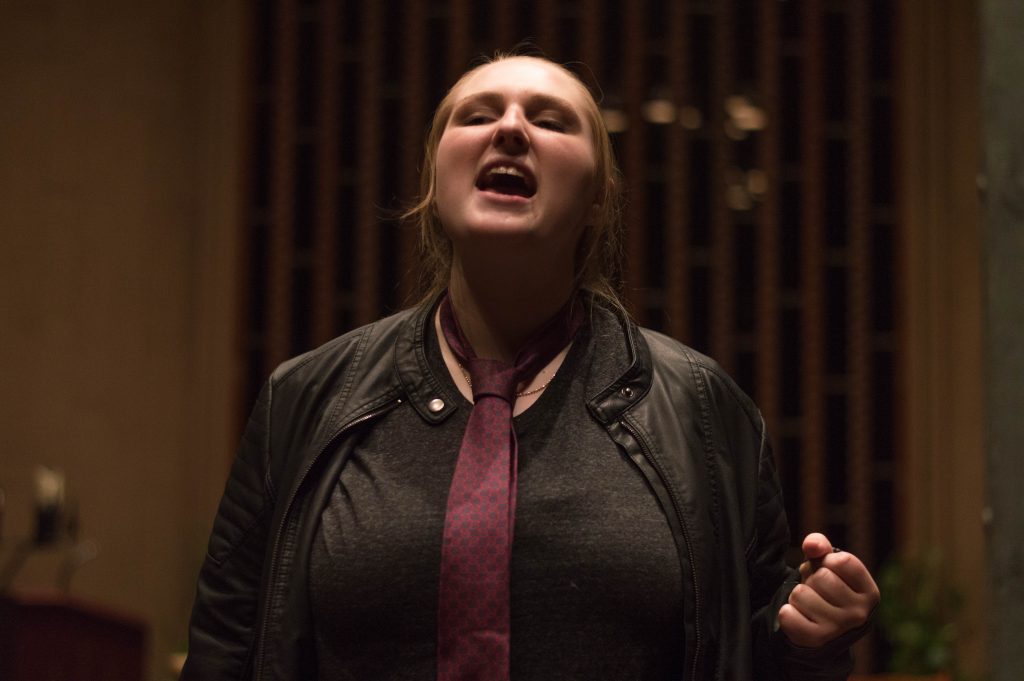 The physical world of Antigone existed within a semi-circle of audience, completed by two of the Chapel’s structural pillars as a frame for Kreon’s throne. Lighting designed by Jessie Hamilton ’20, the space operated in secretive moments of shadow and light. The two large chandeliers were used for general overhead lighting, while cast members used clip lights to provide more focused areas of light. Hamilton’s design transformed a very recognizable space into a secret theatrical nook that was only accented by the Chapel’s typical architectural characteristics. In fact, the whole design of the show fit so perfectly into the haunting and almost mystical feeling of being in a dark Chapel on the outskirts of the woods at night.