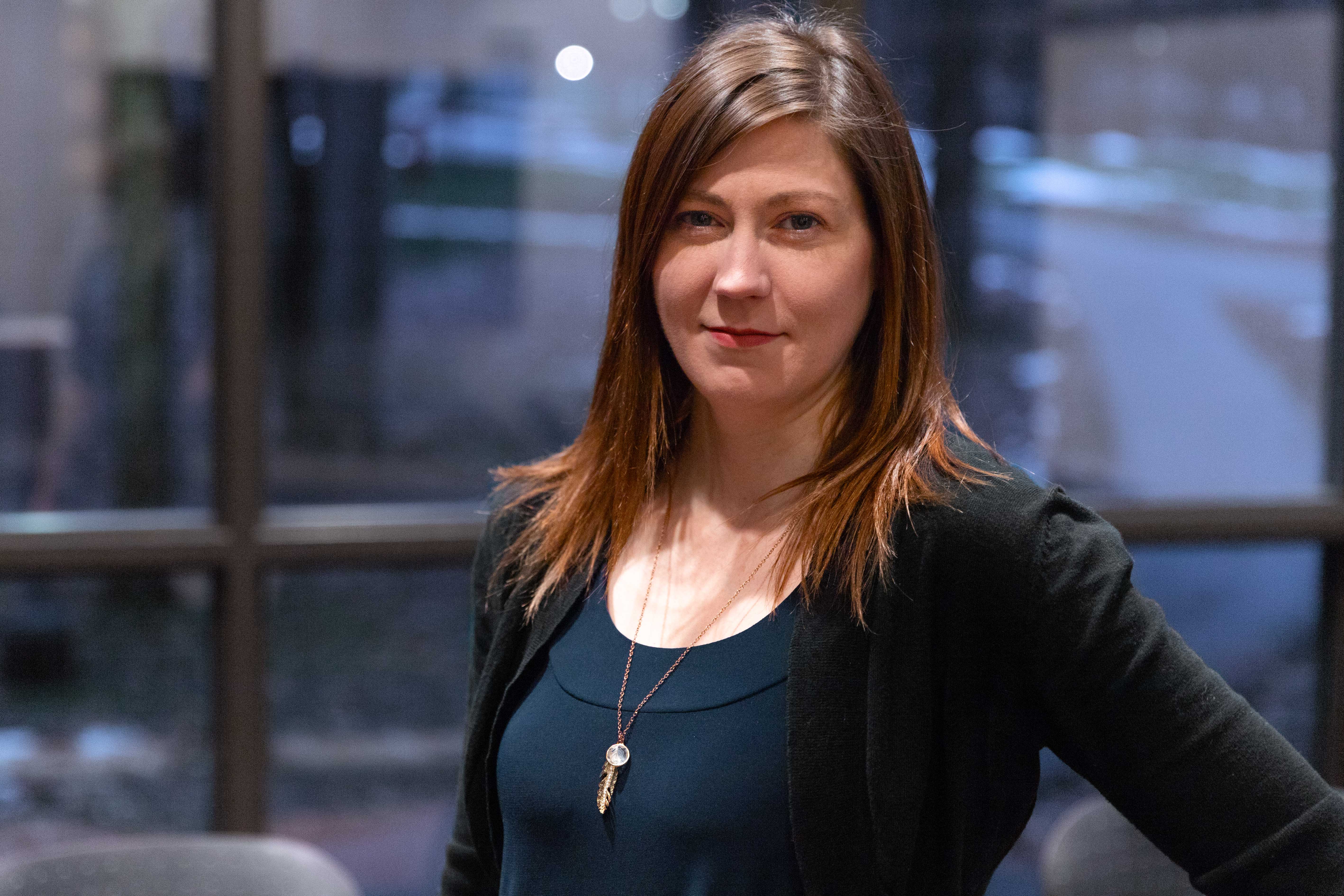 I walk downstairs into the costume shop. The shop is filled with fabrics, some carefully hung up, others folded over chairs. I call out Sam’s name and she emerges from the back, holding a few heavy hangers. She leads me into the dressing room. The mirrors are covered with printed images of different time periods and sketches of her designs for We Used To Wear Bonnets & Get High All The Time. I am meeting her for my costume fitting as well as to ask her about how she began designing, her return to Skidmore as guest seminar designer, and all things Sam Garwood.

Garwood grew up in Seattle, where she attended two years of community college before transferring to Skidmore her junior year. She reminisces about her mom teaching her how to sew as a child and shares that she has always been interested in “making stuff”. When she transferred here as a Theater major she joined Company, and did her first semester’s Company hours in the costume shop. “I gravitated toward the shop because I knew how to sew a bit,” she tells me. Then, with a small laugh, she adds, “I always felt most comfortable, most competent down here.” Garwood never actually designed anything at Skidmore and mentions how her degree said acting concentration, which she finds hilarious because she was never able to get over her stage fright. “I’m a very stubborn person,” she mentions, “so I kept thinking if I just keep doing it, I’d get over my stage fright. That never really happened. So I gravitated toward costume design.”

Her Company hours were so enjoyable that she started working for Patty as a student. After she graduated, Patty helped her get a job at Home Made Theater, a community theater in Saratoga Springs, designing a show. This was a big turning point in Garwood’s wanting to become a costume designer. “I owe Patty so much,” she shares. She designed two shows at Home Made Theater and discovered that she was really loving it. That’s what made her decide to go to graduate school.

Garwood received a Master of Fine Arts in Costume design from Boston University. She went for her Masters for two reasons: to gain a lot of experience in a short amount of time, and to allow her to teach later on. Garwood shares how she’s always liked teaching and reflects on how during her time working for Patty, she would teach other students how to work machines, assemble pieces etc. “There’s something very empowering in that,” she notes. “It’s empowering for me to know how to make a thing. And it’s empowering to teach other people how to make a thing.” This enjoyment of teaching and knowledge that it was something she could do later on is what led her to grad school.

The Boston University program is three years long, the first two and half years spent doing classwork and the final semester spent working on a senior thesis. During her time there, Garwood designed two shows and an opera: Mad Forest, Cabaret and Le Nozze di Figaro (The Marriage of Figaro).

Garwood’s renderings from her Master’s Thesis, a theoretical design of Cendrillon 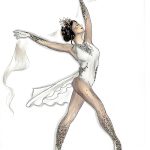 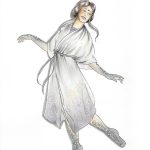 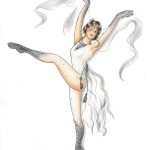 Garwood just graduated from Boston University this past spring and has happily returned to Saratoga for a few reasons: her husband is from here, they both have a lot of friends and connections here, and most importantly, Skidmore is here. “Skidmore has always held a special place for me,” Garwood explains. “I like the people here. I like the people in the department. I like how the department is run. I like our mission statement. Our dedication to professionalism and the kinds of shows we produce,” she goes on. “I didn’t realize until I got about halfway through my Masters how much I appreciate the level of importance that is placed here on educating students in non-Western theater. Not every education institution values that the same way we do.” She recounts the time she was working on her Masters’ thesis, which included an element of looking at non-Western theater and how we can bring more diversity into the Western canon. She checked out a book from the library and was loving it, eating it up, thinking, “Yes, yes all these points, yes! That is what I’m interested in.” She laughs, “I was like: who wrote this? And I looked at the cover and it said Gautam Dasgupta and I was like— well that explains a lot!”

Garwood is especially excited to be back at Skidmore as a designer for We Used To Wear Bonnets & Get High All The Time. She thinks it’s important to have a cast of all women and to bring a spotlight on stories that we don’t always hear. “There are so many roles written for dudes,” she comments. 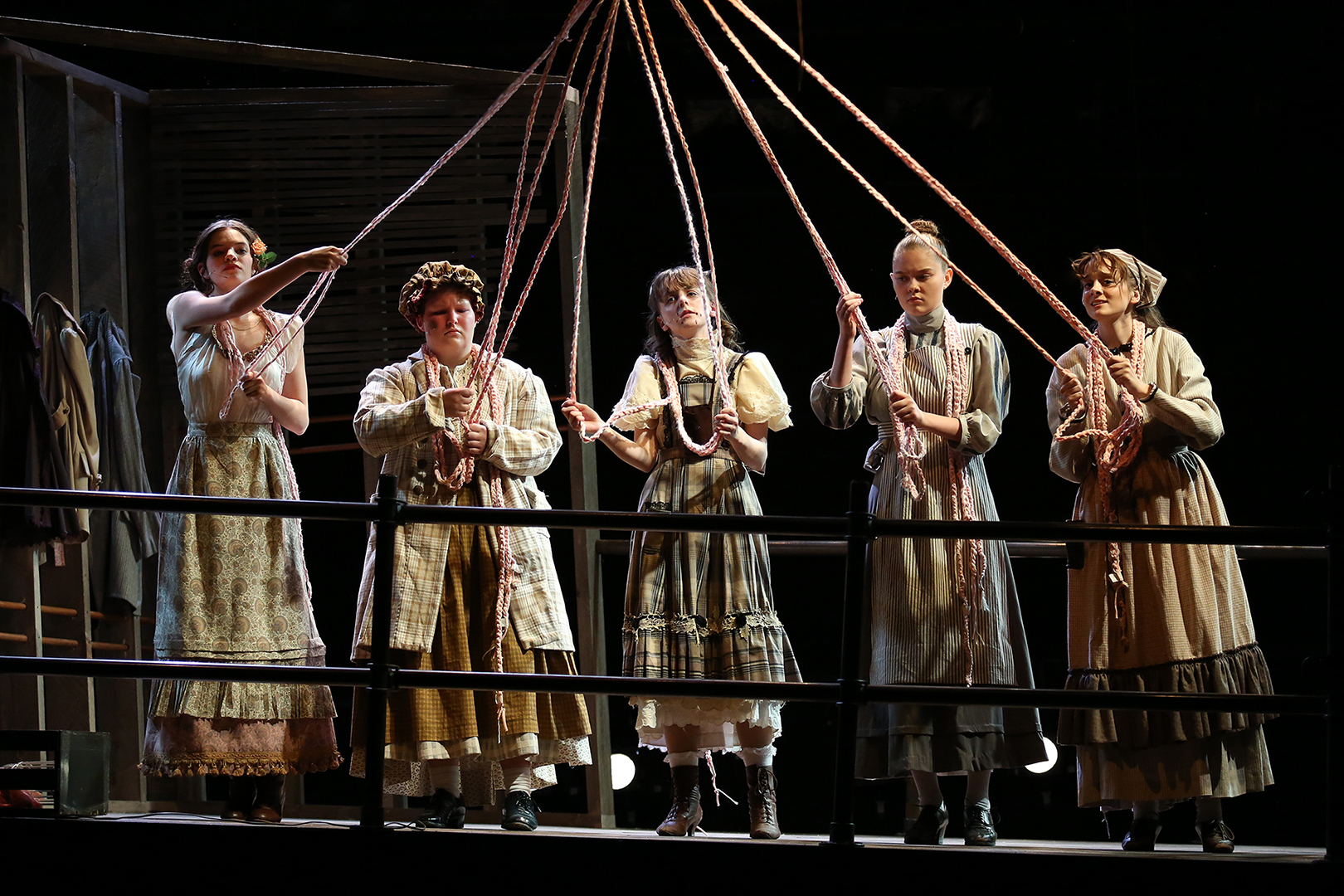 Garwood’s costume designs in Act I of “We Used To Wear Bonnets & Get High All The Time”. Photo credit: Sue Kessler

Speaking about her artistic process, she shares that step one is to read the script. And always have the first read be simply that, a read. No pressure or preconceptions—just a read to get a general sense of the play. After that initial read, she will go back through and start thinking about it in terms of design, making notes where there are specifics. After that, she’ll do a read character by character and read it through with every character’s perspective. “So, I end up reading the script a billion times!” Garwood exclaims. Ideally, she will have all of this completed before she meets with the director.

“With [Bonnets] I really did a lot of text analysis before I met with Julia,” says Garwood.  “Then we could have a conversation like: what does it mean to have it in four different time periods?” Garwood understands her role as the costume designer to be helping, supporting and facilitating the vision of the director. She adds that she “always starts with the big ideas, like the overall feel or vibe. And then I work in from there.” She elaborates: “for example, when I did Cabaret, the director told me she was really interested in the dark, grungy aspects of the show. That can mean a million different things but I was like: ‘Great! We’re not going for sequins and feathers.’”

When I ask her what her career goals are and what her plan is after this show ends, she pauses. I ask, “would you want to design for Broadway?”

She responds, “If Broadway called I wouldn’t be like ‘no’, but I just sort of feel like Broadway doesn’t need my help. There are parts of this country where the arts are not thriving. There are areas of this country that need theater. I’m more interested in that.” Garwood says she loves teaching college theater. She calls it a “safe haven of experimentation” and loves the room for risk taking that doesn’t always live outside of academia.  She adds, “I will stay here as long as Skidmore will have me. I know enough now to know that I don’t know everything about what the future holds.”

As I pack up my things to leave I ask, “What if Skidmore offered you a full-time position?”

She quickly responds, “Oh heck yeah! Now that would be the dream. I would be honored.”