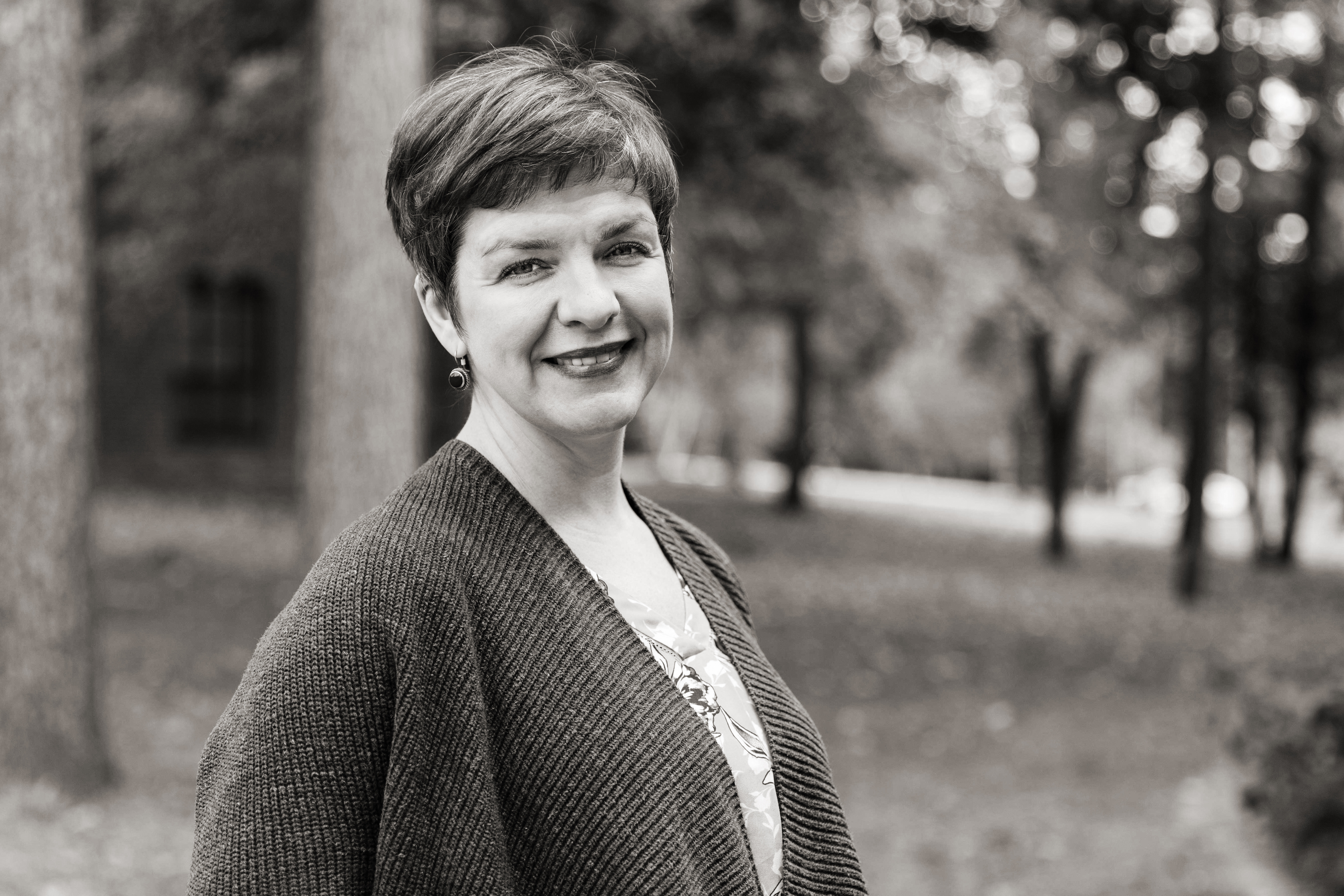 When I walk into Lisa Jackson-Schebetta’s office the first thing I notice are the books. Rows and rows of them line the back wall, and in the cramped office—which was a copy room only last year—the shelves dominate the space. They are spotted with plays and books about theater from every place and era. Her desk sports pictures of her husband and daughter and a small round humidifier that glows with different colors as it gently sprays essential oils into the room. A poster of Frida Kahlo hangs on the wall.

“As a historian,” Jackson-Schebetta tells me, “you’re taught to be able to find your way into anything.” When I ask her to name a favorite play or playwright she mentions Hamletmachine, Ibsen, Jarry, and a contemporary Argentinian playwright named Lola Arias. Her tastes match her office well—there’s a little bit of everything.

Jackson-Schebetta originally went to college for primatology—the study of primates—with an eye on conservationism and environmental science. At the time she didn’t think of theater as a viable career path. That changed when she was invited to audition for a student-directed piece at her school. She was eager to get involved but didn’t have a monologue prepared—and the audition was in three hours. “I went to the bookstore and I got a Wendy Wasserstein collection of plays, and I learned a monologue from The Heidi Chronicles, and I did it,” she recalls. “And I was called back.” She got the part and has been immersed in theater ever since. 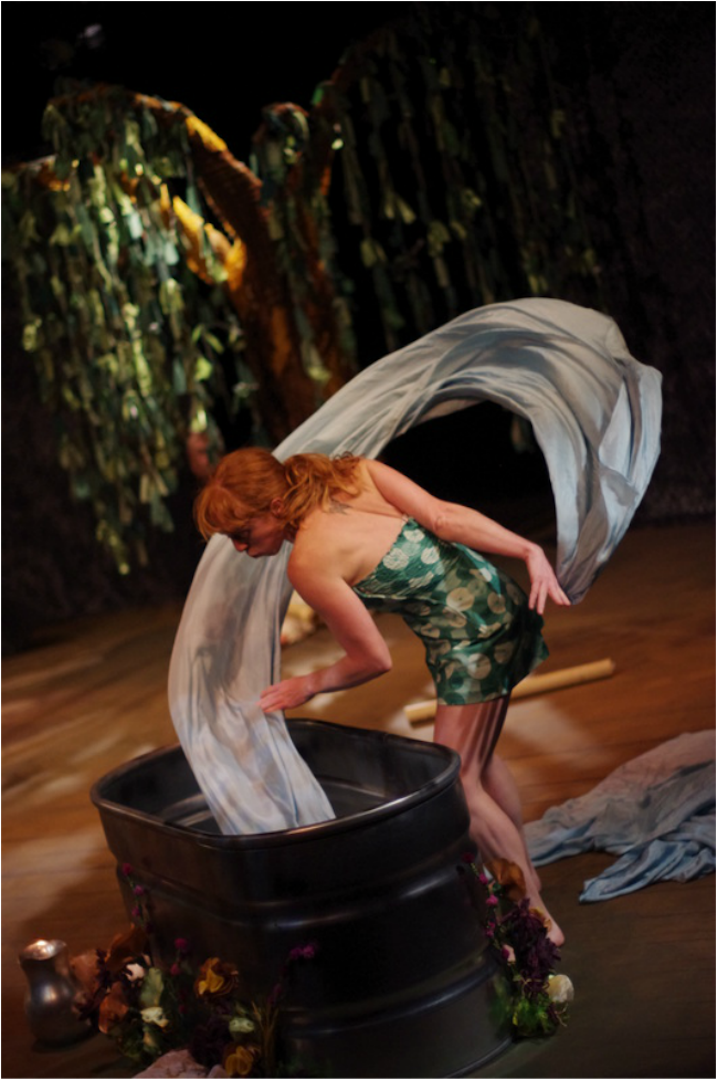 Scene from Her Hamlet, directed and devised by Jackson-Schebetta at Shakespeare in the Schools in Pittsburgh. Photo: T. Costello

Her next formative experience was in a voice and speech class. She was fascinated by “the idea that one could facilitate another person’s capacity for breath,” she says. “That opens up the capacity for imagining, for feeling, for knowing who they are.” Before long she knew she wanted to be a theater professor. “But I knew I didn’t only want to teach voice and speech,” she says.

That’s where theater history comes in. For years, she had struggled to enjoy history classes. “I was always the person who wanted to question, and history was often presented to me as a single narrative,” she says. “I wasn’t that interested in that.” But in graduate school she discovered that history can change depending on who’s writing it. Whether or not a person’s (or people’s) story gets told, and which version of it gets told, can be immensely empowering or disempowering. “The stakes of participating in history are actually very high,” she says.

She was able to combine her love of theater history with her interest in Latin America. She enjoyed her Spanish classes in high school, then later discovered the study of Spanish and Latin American theater in graduate school, feeling drawn to what she called “its unflinching poetry.” Her first book, Traveler, There Is No Road: Theatre, the Spanish Civil War, and the Decolonial Imagination in the Americas, came out last year. She has already begun research for her next book on performance and peacemaking in contemporary Colombia. 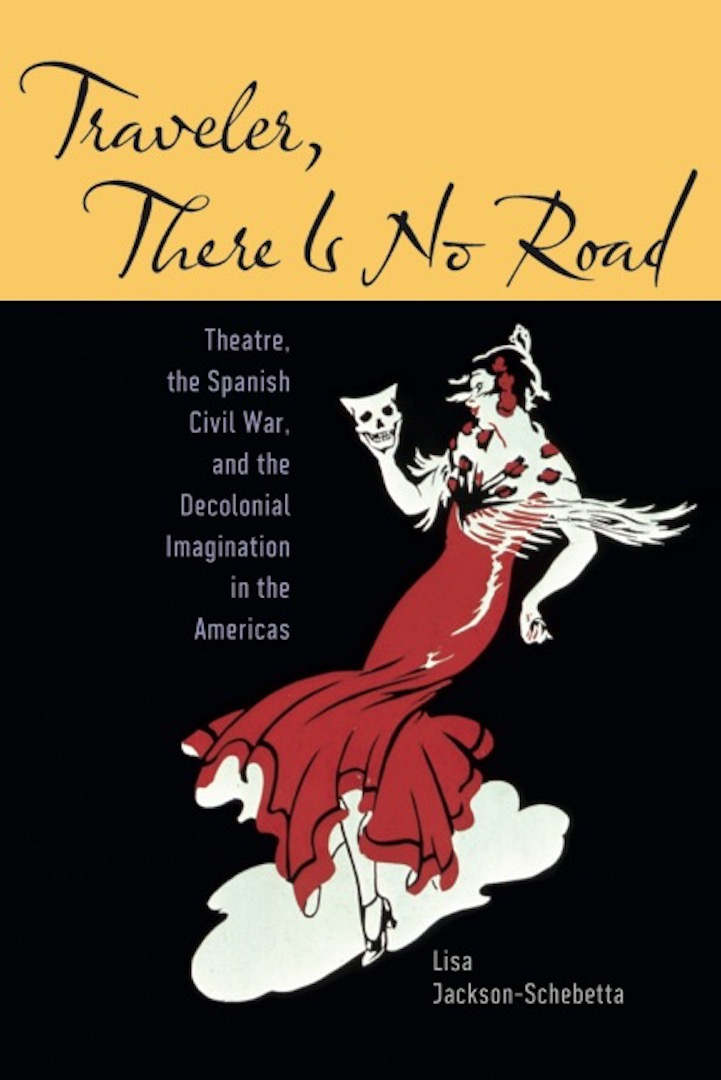 Jackson-Schebetta’s career path has been that of a true theorist-practitioner; in addition to her work as a teacher and scholar, she has a broad range of directing experience. Her experience ranges from working in New York City—devising work with the off-off-Broadway performance space, HERE Arts Center and the nonprofit arts organization, Chashama, as well as working at the American Globe Theatre and the Women’s Project and Productions—to directing shows at the University of Pittsburgh, where she took on big musicals like Sweeney Todd. But now she feels that the time is right for her to move to a small liberal-arts college. “It’s been the road not taken,” she says. 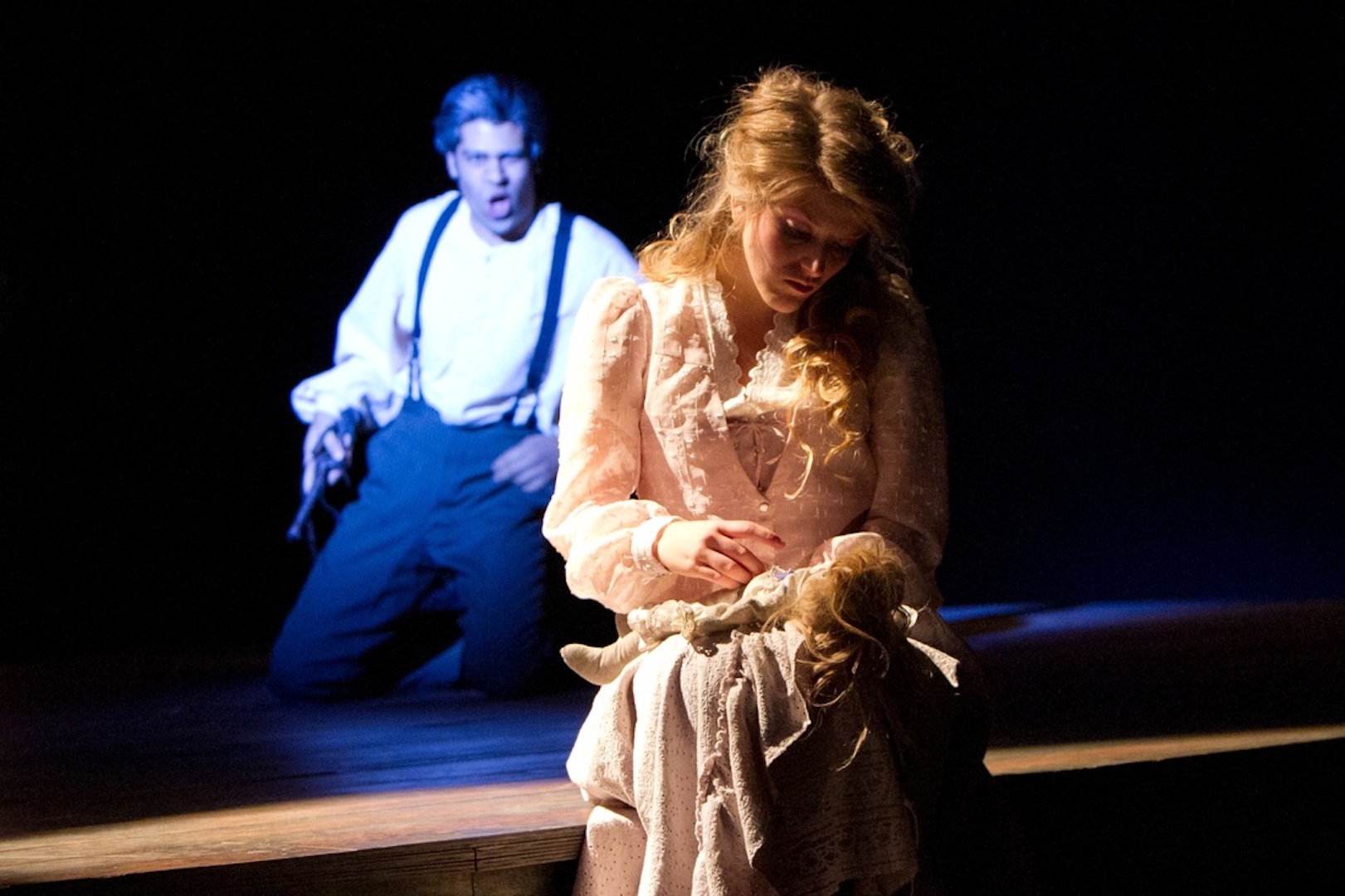