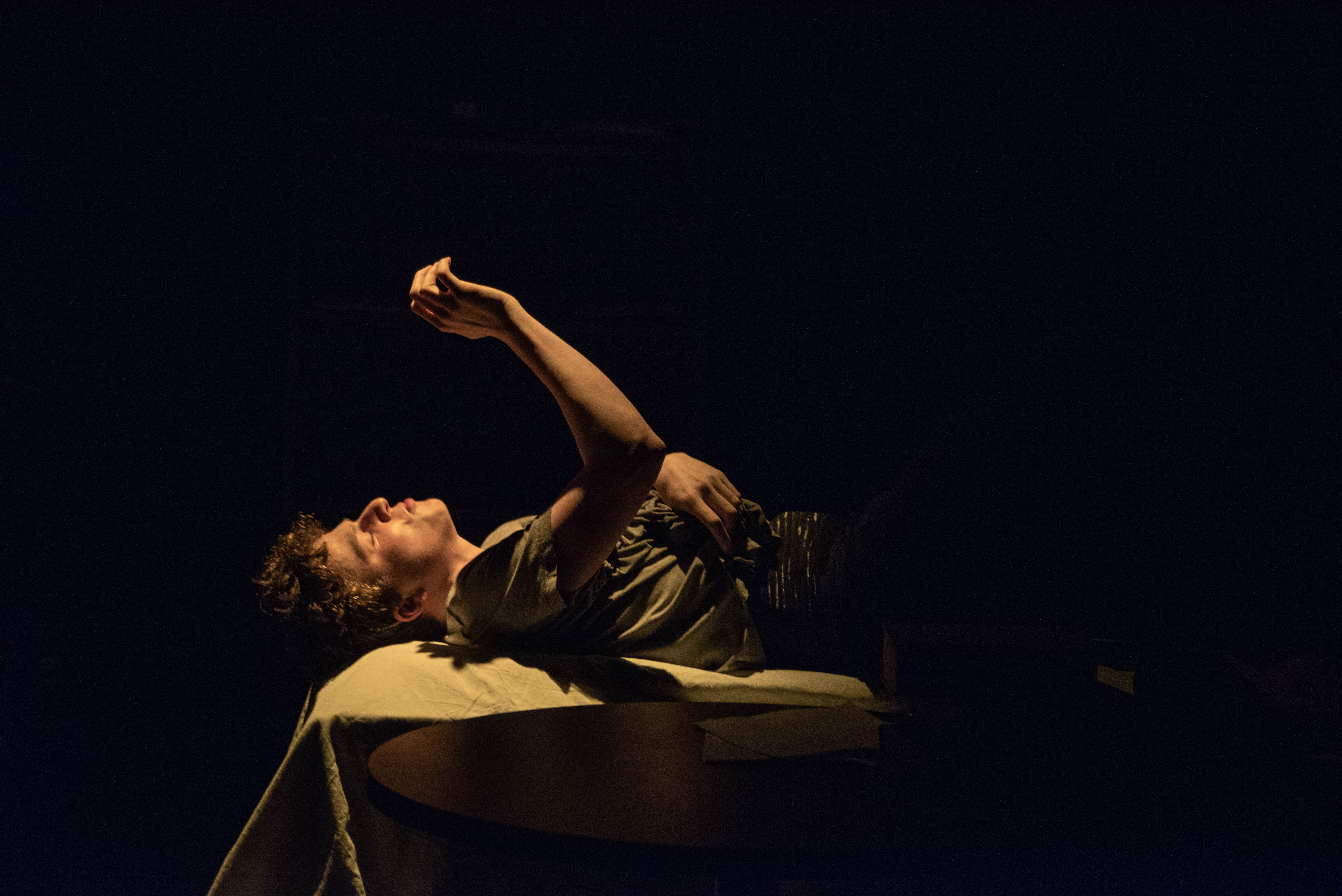 Then, without warning, Portia (Lily Kops ’22) bursts into the room as the lights turn on to reveal . . . something disappointing.  Expecting to find a lavish sanctuary in her new client’s home, Portia instead finds a rather sparse apartment.  There is a single armchair, a mostly empty bookcase, a twin bed, a tub of water, and a closet.  The look on Portia’s face indicates her thinking: is this a mistake? Shortly thereafter, budding novelist Todd (Dominic Skeele ’22) enters and informs Portia that this apartment is indeed where he lives and writes. Something feels off, and it is not the fact that Todd, an aspiring writer, owns virtually ten books.  Nor is it Portia’s romantic pursuit of Todd who, we quickly learn, loves to quote from his own writing when he speaks. Something is off with the closet: it is the source of a questionable smell and a quiet rattle. Before Portia leaves, Todd ensures her the odd noises and smells are simply coming from strange neighbors next door. Finally, after she has left, Todd opens the closet to reveal Gene (Andy Soglin ’20), a genius, disfigured gnome who is Todd’s ghost writer. 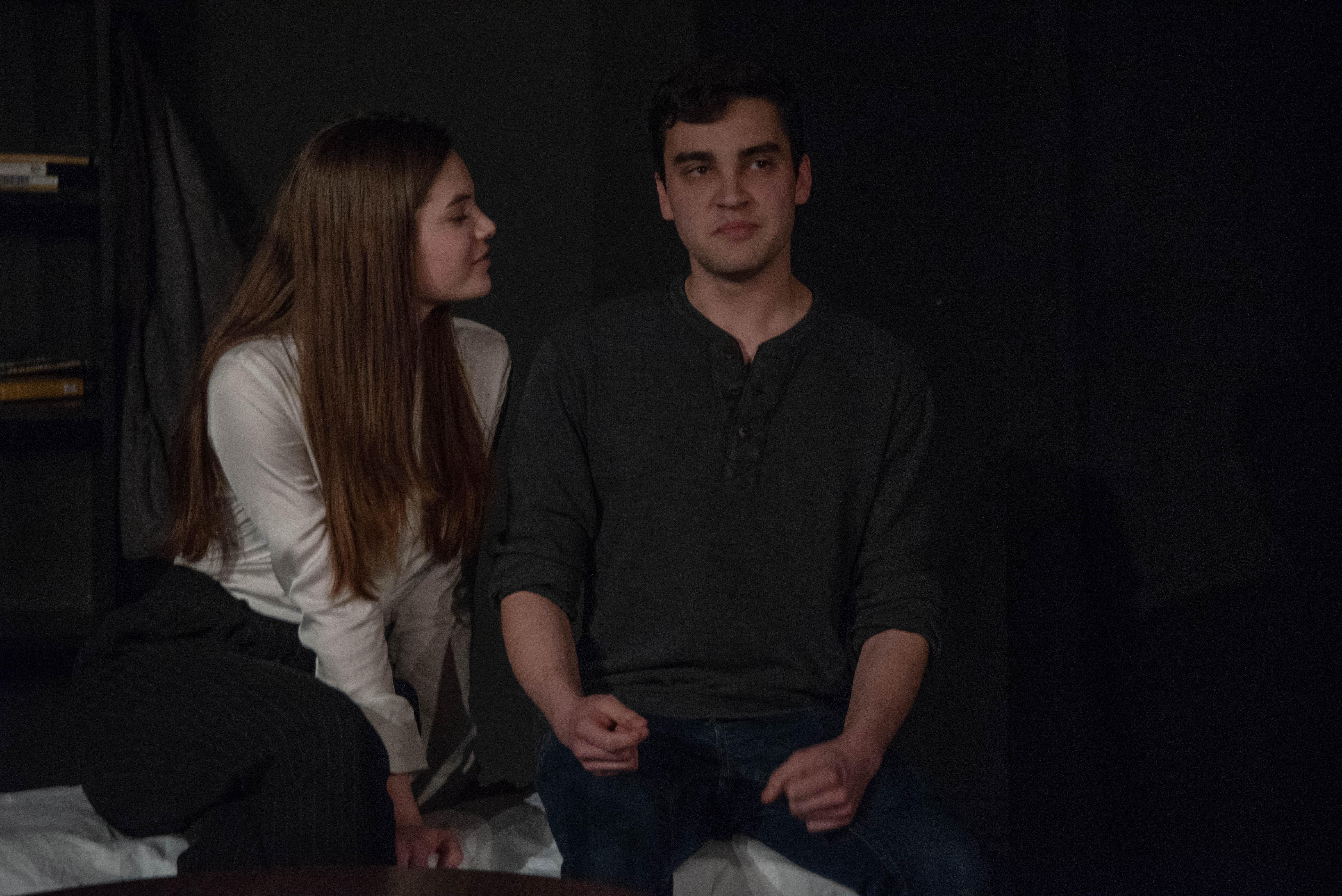 In his production of Richard Greenberg’s The Author’s Voice, director Nick Leonard ’20 offers a humorous and alarming look at the lengths to which we will go to get what we want.  Portia has strong ambitions to rise the top of the editing world.  Todd craves critical acclaim, fame, and acceptance.  Gene longs to live a peaceful life, rather than be treated like an anomaly.  In exchange for shelter from the harsh outside world, Gene allows Todd to pen his works under his own name. 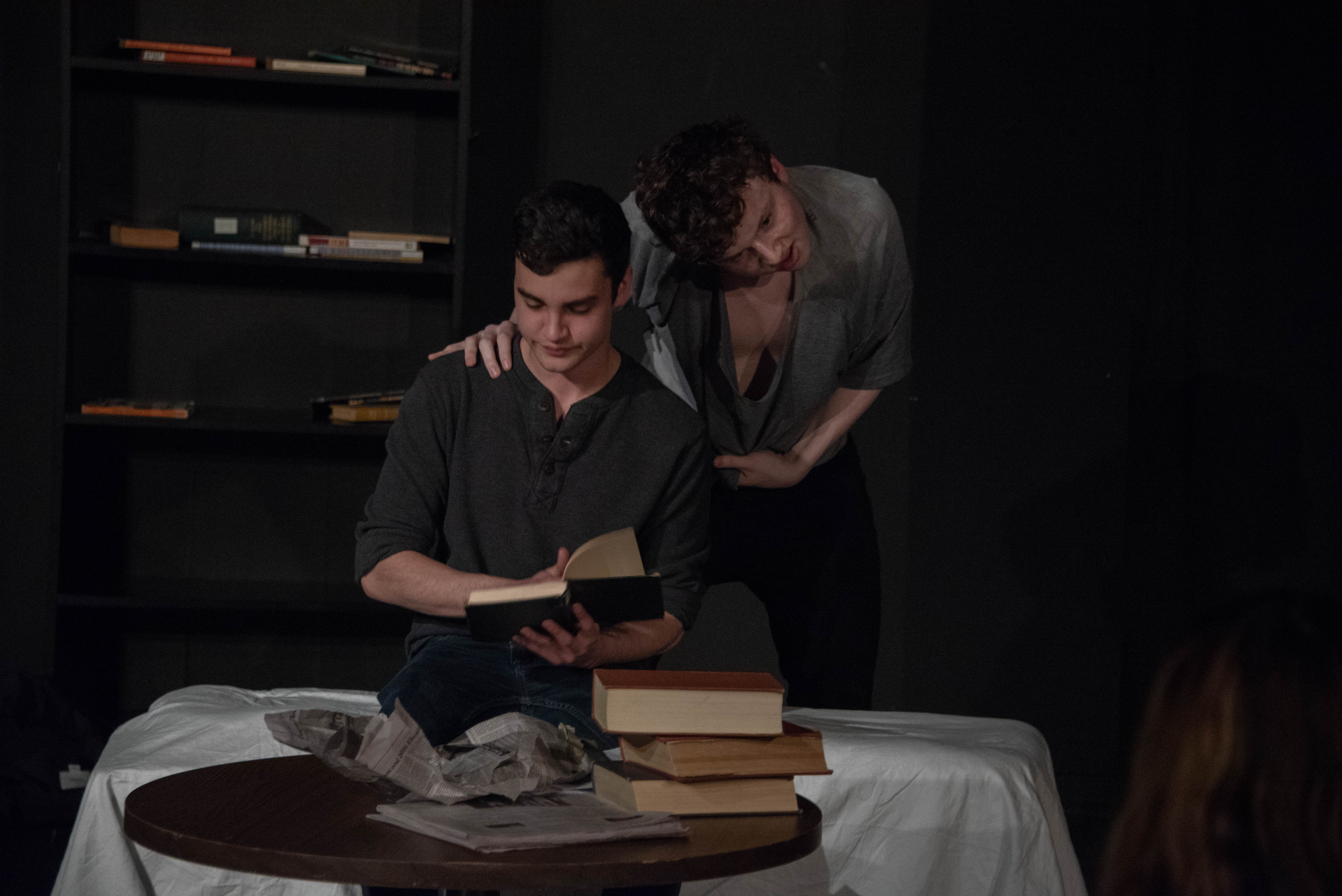 But just how much better is Gene’s life once it is confined to the small space of Todd’s apartment closet?  Todd does not allow Gene to leave the apartment, yet often threatens to throw him back out onto the streets. At one point during the play, Gene sneaks out of the apartment to go to a used book store.  When Gene returns, Todd is sitting in the armchair, waiting. Gene tries to explain himself, apologizing vehemently, only for Todd to physically attack him anyway.  In order to escape the violence, Gene retreats to the only place of uninterrupted solace he has ever known: the closet. Now it is Todd’s turn to beg for forgiveness. He bangs on the closet door. 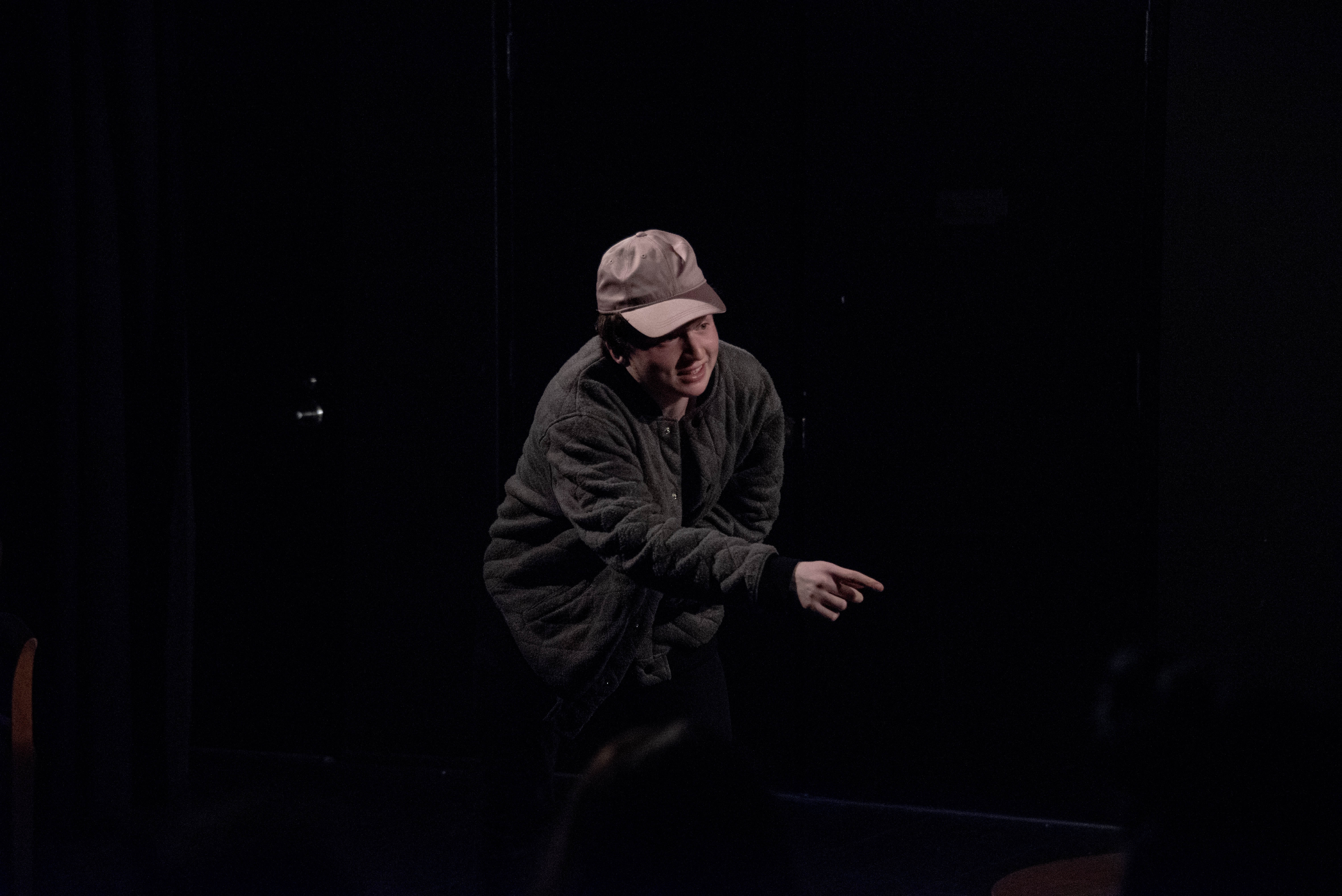 The closet is mysterious, containing a world completely unknown to everyone except Gene. Lighting designer Max Clifford ’21 clearly distinguishes these two worlds.  Todd’s bare apartment is presented in stark, colorless light.  During the moments when the audience can peer into the closet, there are washes of blues and ambers that suggest it is the home of a true creative powerhouse.  The closet’s allure is beguiling.  It not only contains each character’s greatest desire, but also demonstrates what each character is willing to turn a blind eye to in order to achieve his or her respective dream. 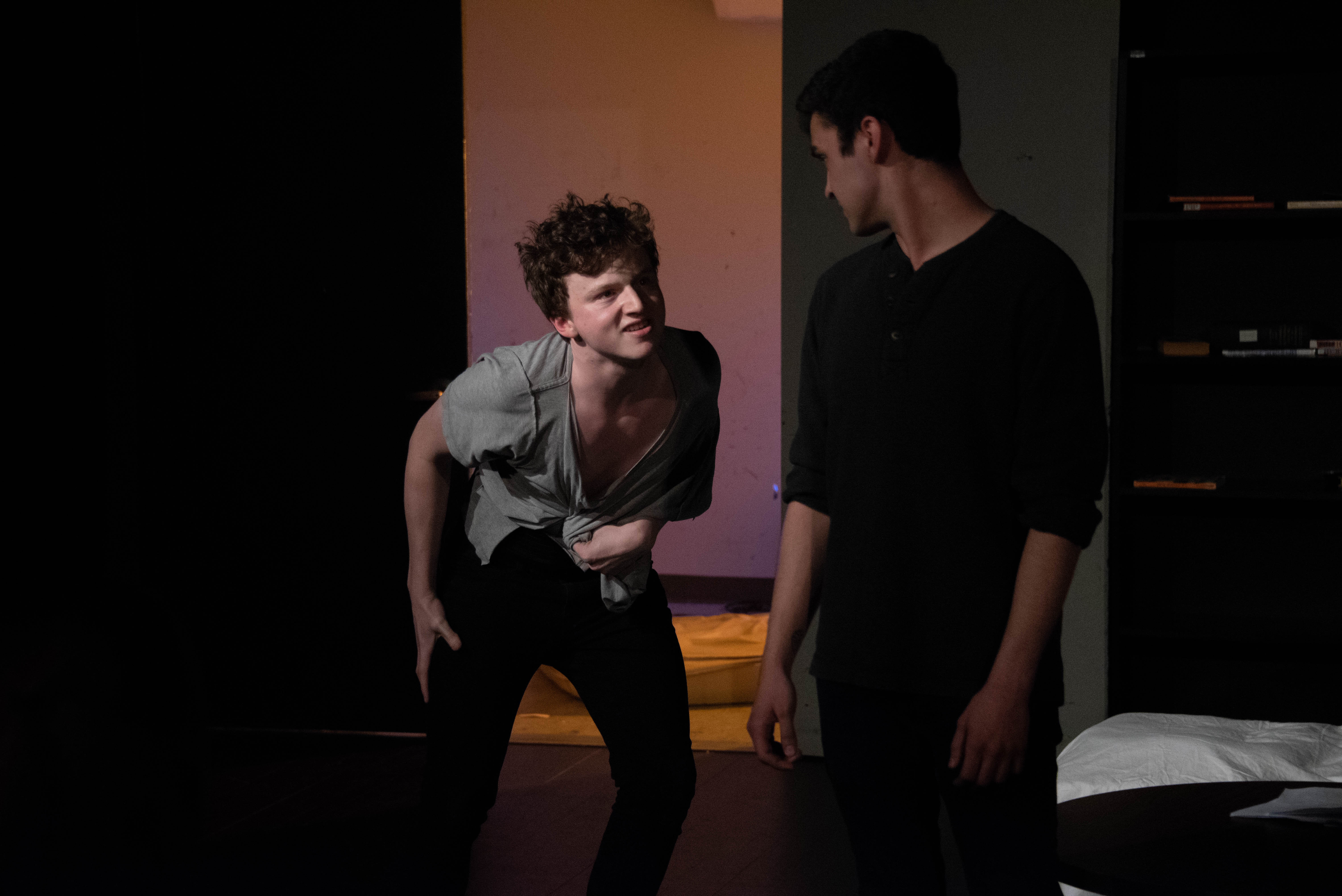 Leonard presents a severe look at how easily the lengths at which we will go to get what we want can become extremely perverse. The Author’s Voice is a world in which personal desires outweigh concern for others, and the cost of this selfishness can be devastating. 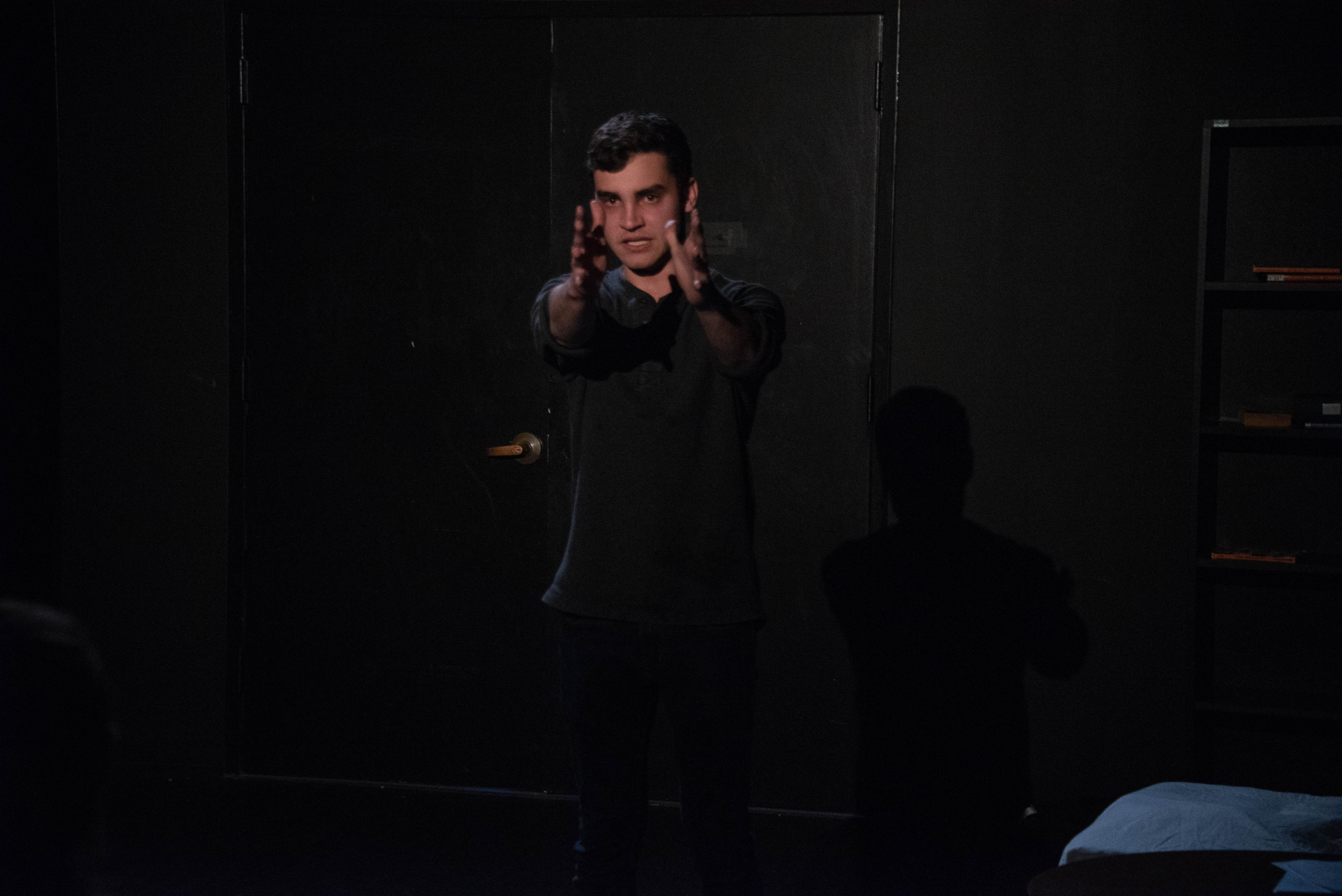