The Harvest takes place in the basement of a small evangelical church in southeastern Idaho, where a group of young missionaries is preparing to go to the Middle East. One of them – a young man who has recently lost his father – has bought a one-way ticket. But his plans are complicated when his estranged sister returns home and makes it her mission to keep him there. This production explores themes of faith, escapism, and queerness in a highly realistic setting in which the Black Box theater space is transformed into a church basement. 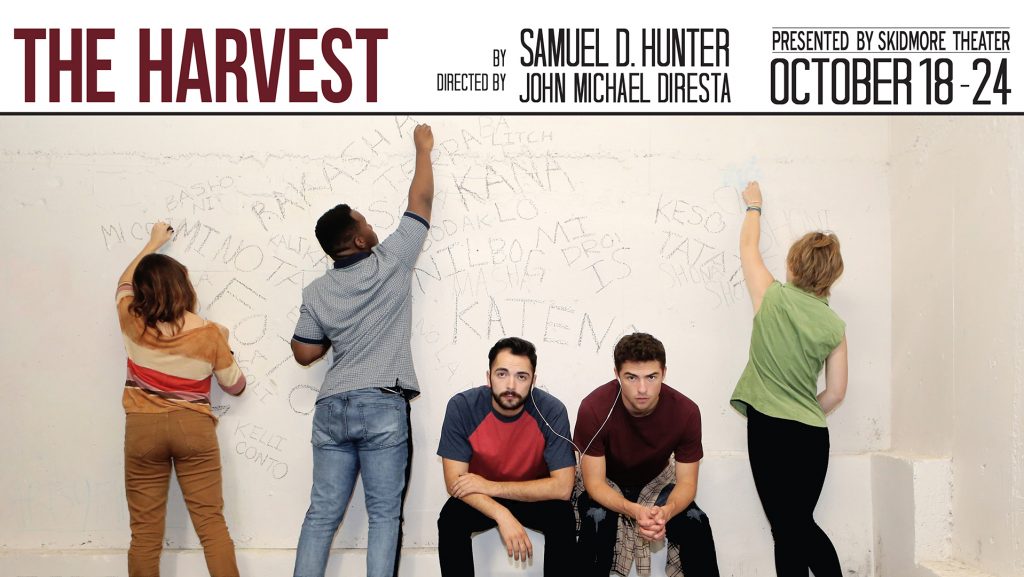 FROM THE DIRECTOR: “As we age, we learn of life’s inarguable hardness. Death, trauma, injustice – it is all inevitable. The Harvest is a play about the power of belief in the face of that hardness.  These young people truly believe that the disordered world is ordered by some greater being’s plan. And while a rounder read of the world tells us that their missionary approach might be colonial, they truly think that they are spreading the good news that life doesn’t have to be as cruel as it may feel. They dedicate their lives to this cause. They sacrifice fortune, independence, and innumerable visceral pleasures in order to, as they perceive it, save the world from pain. Of course, it’s not that simple. All seven of the characters, in their own ways, have some knowledge that a complicated life is inevitable. In our production, we honor and explore the ways in which these characters grow and struggle by embracing complications, as well as honor their hope that maybe life doesn’t have to be more complicated than it already is.”
– John Michael DiResta

Here’s the promotional video of our production of Samual Hunter’s The Harvest! Filmed and edited by Ellie Strayer and Max Grossman.
Read More

Check out this fun interview with the dramaturg from The Harvest!
Read More
read all