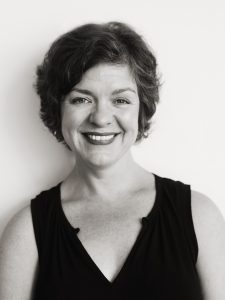 Lisa Jackson-Schebetta is a theatre history and performance studies scholar. Her research centers on histories and theories of performance and theatre in the Americas, Latin America, and Spain.  Jackson-Schebetta’s work  as a teacher and a scholar is deeply informed by her training and professional experience as a director, devisor, dramaturg, and voice and movement teacher.

Jackson-Schebetta’s first book,  ‘Traveler, there is no road:’ Theater, The Spanish Civil War, and the Decolonial Imagination in the Americas (Iowa, 2017) examines interwar Spanish and English language theatre in the United States and trans-historical configurations of race, activism and belonging. Her current project explores intersections between peace-making and performance in contemporary Latin America. She has been published in Modern Drama, New England Theatre Journal, the Journal of American Drama and Theatre, and others.

Jackson-Schebetta serves as the editor of the peer reviewed journal Theatre History Studies and as the President of the American Theatre and Drama Society.