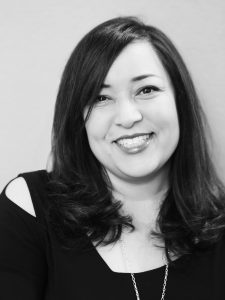 Eunice S. Ferreira is a director, actor and playwright who combines scholarship with artistic vision and practice. Her artistic and scholarly works are interdisciplinary, international, and intercultural in scope. Her goal is to train students to be innovative theater makers who will reflect a greater breadth of the human experience on our stages. Most recently, she directed the multilingual premiere of The Orphan Sea by Caridad Svich with a cast and creative team representing ten different languages. Her first production at Skidmore was Polaroid Stories, a play that weaves the stories of homeless youth with Greek mythology by Naomi Iizuka. She has produced, directed and choreographed a variety of plays ranging from Greek classics to musical comedy. Representative titles include Shakespeare’s A Midsummer Night’s Dream, Thornton Wilder’s The Skin of Our Teeth, Molière’s Tartuffe and musicals Once on This Island, The Wizard of Oz (incorporating Beijing opera techniques), Quilters, Guys and Dolls and Jason Robert Brown’s Songs for a New World, for which she and the cast did a master class and rehearsal with the composer. Her original plays include Elvis, a Harley and a Nun and Poetry in Motion. In addition, she has directed and devised plays with under-resourced youth in Boston and Cambridge, Massachusetts. Since coming to Skidmore, she has served the Saratoga community as a volunteer drama teacher and as a member on local arts committees.  She has also performed and directed in the staged reading series at the Depot Theatre, a professional regional theatre in Westport, NY.

Embracing the notion of the scholar artist, Dr. Ferreira’s research focuses on the intersections of theatrical performance and issues of language, race, class, gender, culture and national identity.  Her areas of expertise include: world theater history, intercultural performance, translation studies, multilingual performance, creole and mixed race studies, transnational studies, African American theater, race and performance, musical theater, new play development, theater for social change, Cape Verdean theater, and theater of the African diaspora. She has published in English and Portuguese. Her most recent article “Crioulo Shakespeareano and the creolizing of King Lear” appears in African Theatre 12: Shakespeare in & out of Africa. Her co-translation (with Christina S. McMahon) of Alone Onstage (Sozinha no Palco) is featured in the journal Moving Worlds. It is the first English-language publication of a play by Mário Lúcio Sousa, Cape Verde’s former Culture of Minister and celebrated playwright/musician. Dr. Ferreira is also working on a manuscript based on her dissertation “Theatre in Cape Verde: Resisting, Reclaiming, and Recreating National and Cultural Identity in Postcolonial Lusophone Africa,” which examines post-independence theatre in Cape Verde from 1975 to 2005. She holds a Ph.D. from Tufts University and M.A. from Emerson College and regularly presents at national and international conferences. She served as secretary for the Black Theatre Association and is a member of the Association for Theater in Higher Education (ATHE), Black Theatre Network (BTN), American Society for Theatre Research (ASTR) and International Federation for Theatre Research (IFTR).

Read an interview with Prof. Ferreira about her direction of The Orphan Sea