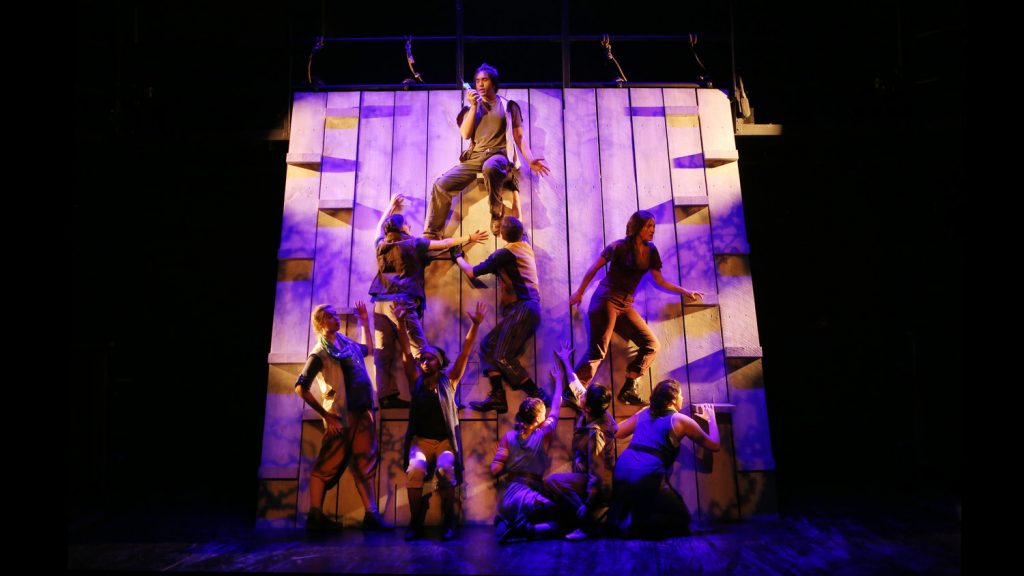 “What in the world is this?”

This was co-projections designer Giorgos Petkakis ’18’s first response to Caridad Svich’s The Orphan Sea. He said this not in an insulting or affronted way, but rather out of astonishment at something so radically unlike other theater he had read or seen. “I’m used to different kinds of plays,” he said, so from the start, The Orphan Sea was challenging his expectations and impelling him to rethink his assumptions about art and life.

Caridad Svich’s writing is lyrical, abstract, and poetic. Svich opens up a multitude of possible responses with her beautiful, free, interpretative work, which allows the designers of her play to find unorthodox and innovative ways to share the story. For the design team of this production, this freedom has been an exciting opportunity to discover new ways to be storytellers.

Each designer had different images or ideas that they latched onto early on in the process. Scenic, sound, and co-projections designer Jared Klein was immediately struck by the presence of nature in the text. The first time he read the script he was “in the woods, sitting in a hammock, by a stream,” and this unique sense of solitude enabled him to see how integral natural elements are to the world of the play. He’s stuck with this core idea, asking assistant sound designer Max Helburn ’18 to pick out sounds that help construct the natural world. 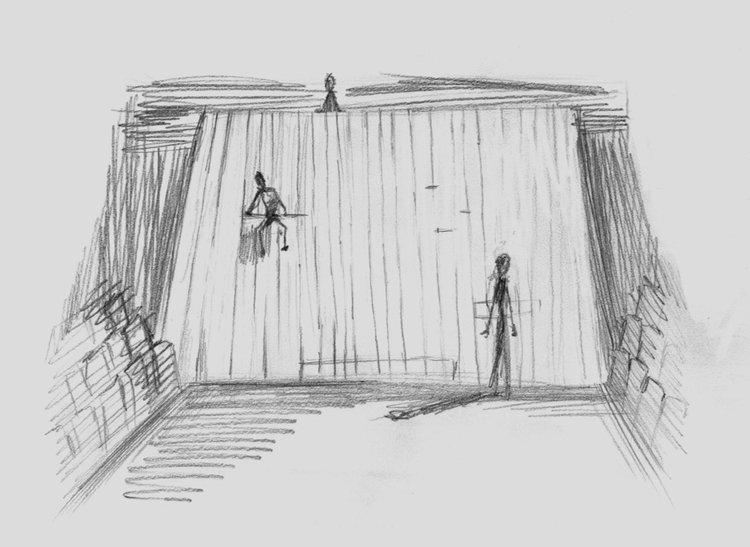 A sketch of the wall, an important part of the set design. 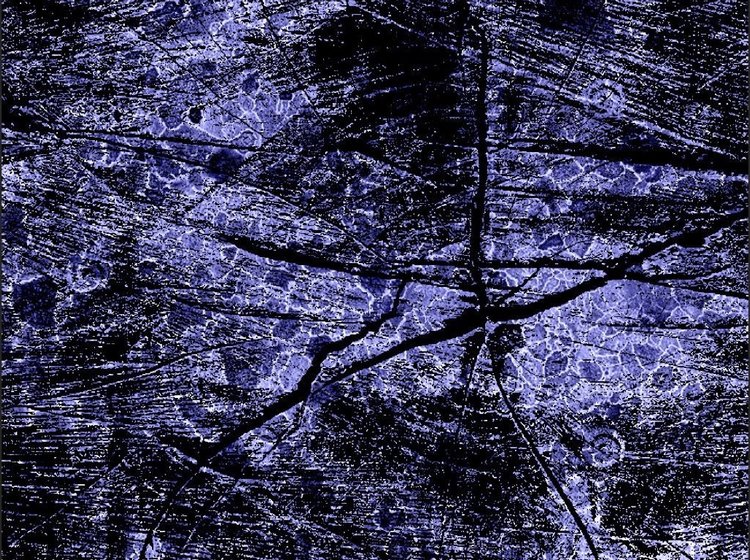 Klein’s concept for the set’s floor.

After meeting with director Eunice Ferreira for the first time, Klein’s creative ideas continued to grow, while still holding onto his first impressions about the strong presence of the natural world. Together, they discussed how to combine the nature of the text with the fact that they wanted audience members to be “very aware that they are in a theater.” Klein and Ferreira developed this idea of an almost insurmountable structure—a wall—to present a literal, obtrusive obstacle to the actors. The wall helps convey one of the most central narratives of the piece—the powerlessness and frustration of being separated from another person. Moreover, as a scenic element, the wall provides opportunity for exciting, captivating stage images.

The wall, and specifically the way the actors interact with the it, has also presented some challenges for costume designer Patty Pawliczak. Pawliczak notes that the piece requires a lot of movement and flexibility from the actors, who spend the show scaling the wall, dancing, and sometimes even rolling on the floor. These highly physical performances have been served well by the show’s modern dress, as Pawliczak notes that “contemporary clothes have a lot more give to them.” For Pawliczak, it is important that the costumes serve the show, rather than distract from it. She wants to give thematic clues to the audience when it is necessary, but not force any one interpretation.

The poetic and free-flowing nature of the piece has also required designers to find ways to ground the play and help the audience follow the narrative. To do this, Klein has worked alongside Petkakis as a visual projections designer, with the help of assistant Dante Haughton ’19, in order to create some artful structures. Petkakis explained that the projections serve multiple purposes, depending on context, within the piece. One role they serve is to name the title of each scene in the play, which both clues the audience into the meta-theatrical nature of the show and creates narrative structure. In other cases, the projections are meant to help develop the physical and emotional space the actors are meant to inhabit in the show, like clouds or trees, or other “abstracted images.” In this way, the projections are simultaneously a comment on the play and an embodiment of it. 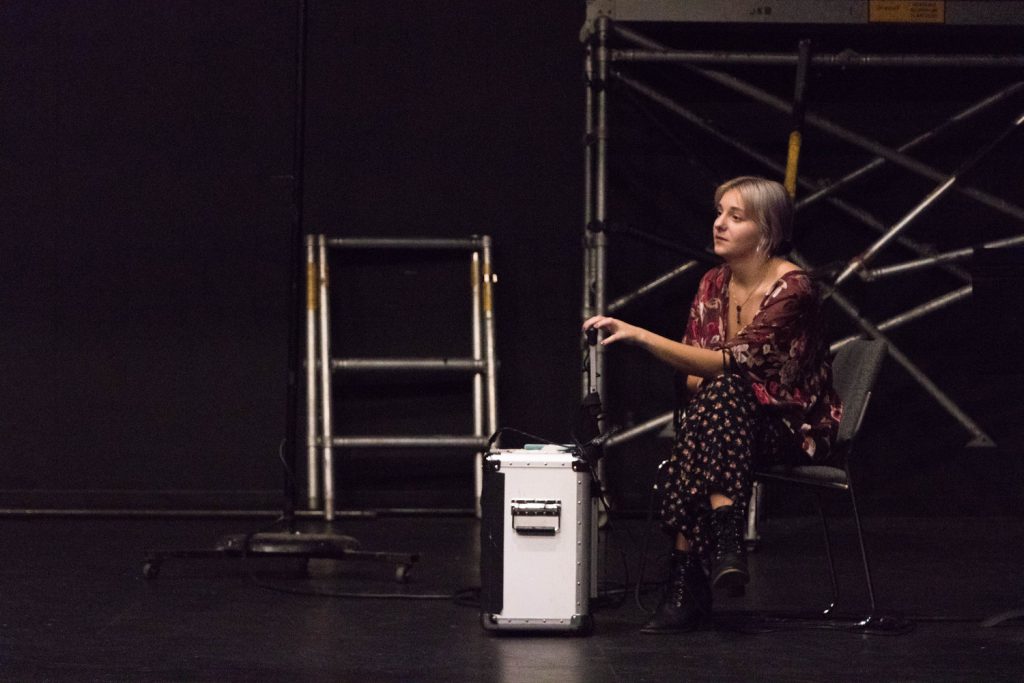 Howard in rehearsal for The Orphan Sea. Photo: Dante Haughton ’19

Musical director Izzy Howard ’17 also serves a twofold purpose with her design work. Firstly, she is scoring the play with both prerecorded tracks by other artists and with her own new compositions. She has also turned some of the text of the play into music that the actors sing. In this way, the music of the show acts as both a thematic underscoring and a narrative tool to showcase points of heightened emotion. Howard notes that the times when the actors sing are not arbitrary, but rather are highly specific moments in which the text needs to be amplified to convey the weight of the words.

All around, there’s a true appreciation and respect for language in the show. Assistant scenic designer and props master Romi Moors ’18 felt it was important to become incredibly well acquainted with the text. Her script is riddled with writing on virtually every single line. Moors combed through the entirety of the script and wrote her impressions, interpretations, and comments about each line of text. This demanding task has been rewarding, Moors feels, because it has provided her with a vast catalogue of potential ideas to draw upon and create work from. While some of the concepts Moors had thought up when going through the script will not be seen in the final production, the act of exploring the text so thoroughly was important in terms of getting every possible interpretation of the show out on the table.

And though there is a narrative to the play that all the designers are working together to strengthen, there’s also a need to honor the abstractness of Svich’s poetry. Lighting designer Chloe Brush ‘18 mentions that, to her, the narrative has a “foggy” quality. The characters sometimes disagree about how events took place, and each will have a slightly different memory than the other. Brush wants to “invoke a sense of memory and longing” in some of her lighting choices, to give the audience a feeling that perhaps not everything it is witnessing is real. 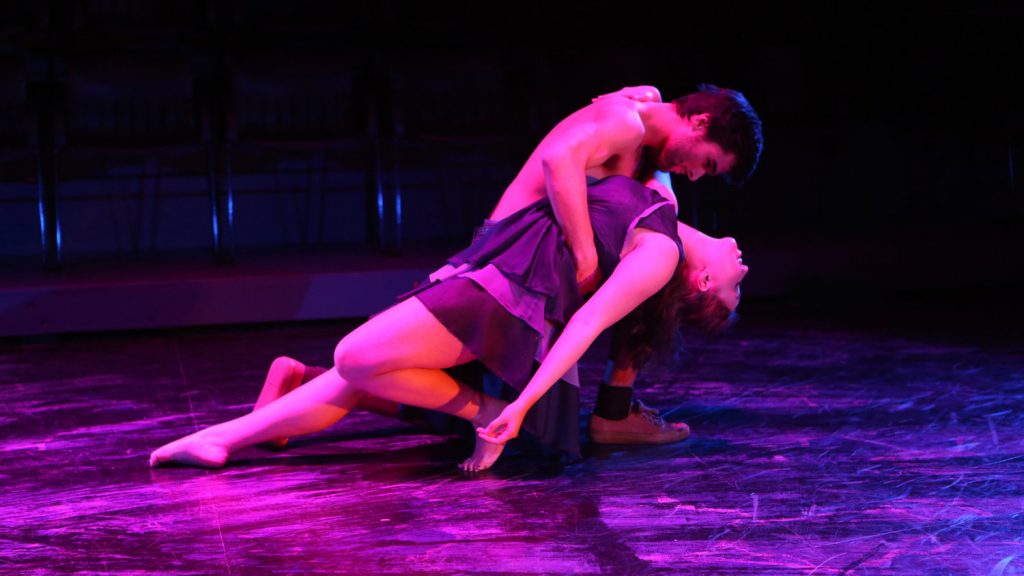 Petkakis was not alone in struggling to articulate the show’s meaning when he first read it. Many of the designers were similarly at a loss for words, but through the highly collaborative process of developing the production, meaning and beauty has been found. The design team has wholeheartedly embraced the unconventionality of the show, and created ingenious work because of it. The highly collaborative aspect of this design process speaks to the unity and interconnectedness that The Orphan Sea is about. Moors expressed her love for the “teamwork” aspect of working on the show, and it’s clear that this sense of cooperation is integral to what the piece is about. Klein, too, notes that the most rewarding part of the process for him has been collaborating with students. We are stronger together, the show argues, and this point is never clearer than when looks at the design team behind the play.

“What in the world is this?” It is what we already know about ourselves and about our world, reflected back at us in a new, inventive way.

***
Kallan Dana is a staff writer for the Skidmore Theater Living Newsletter.