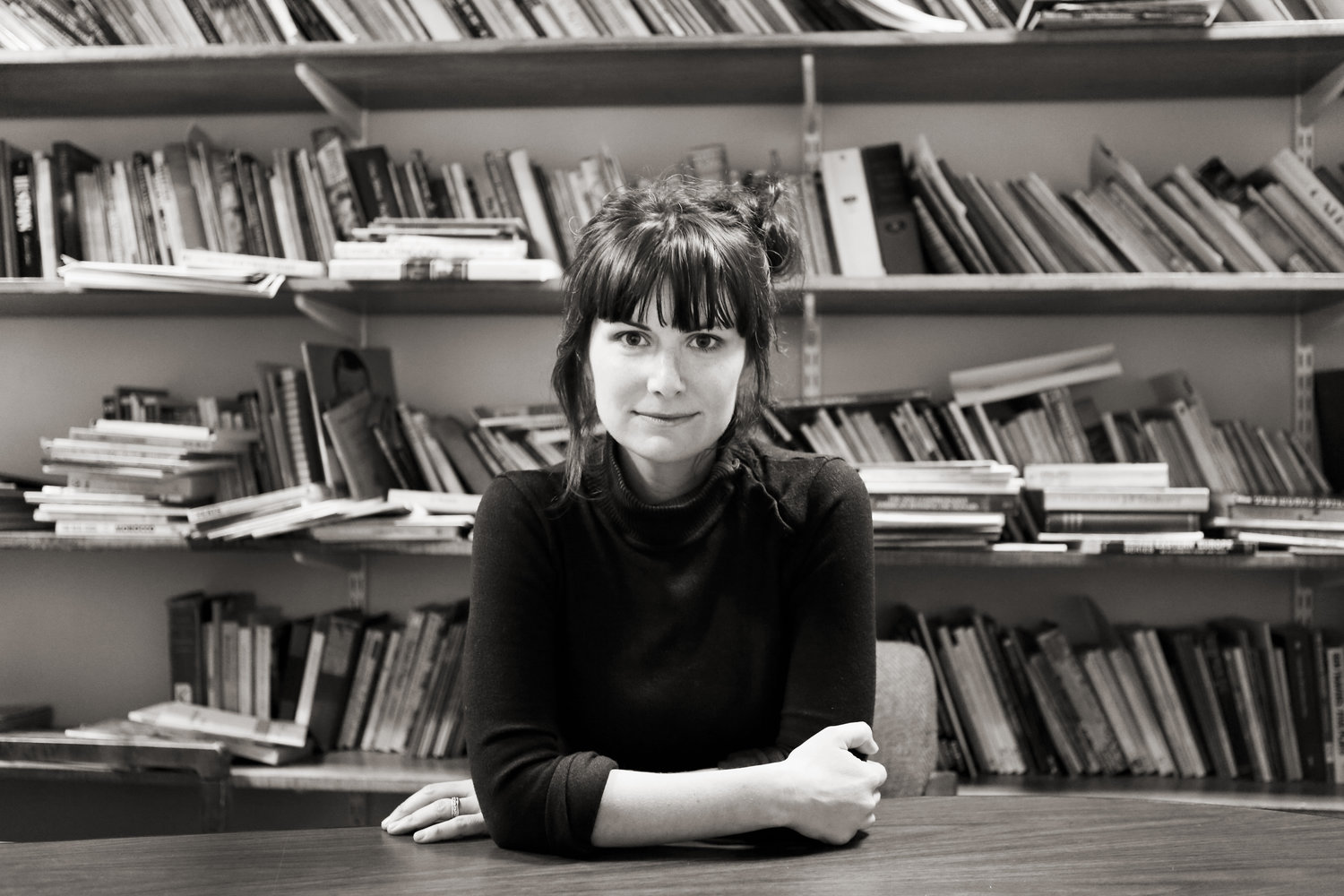 Skidmore Theater’s newest lecturer Julia May Jonas planned on being an actor when she began her undergraduate studies at New York University’s Tisch School of the Arts.  In her second year in the acting program, however, Jonas realized that she wanted to have a larger hand in all aspects of making theater. To pursue that interest, she transferred into the school’s experimental theater wing.  There, she began to focus on creating devised theater and using found text.  At the time, New York City was home to a vibrant dance theater community.  Jonas, who comes from a dance background, started creating choreographed pieces with found text.  Gradually, she became more interested in the writing process, and moved away from found text in favor of her own words. Jonas continued her education at Columbia University, where she studied under playwright and professor Charles L. Mee.

Now, Jonas identifies as a playwright and director.  She continues to be influenced by her dance experience, as she believes that dance is intrinsically theatrical.  Like a play, a dance is a compositional and durational experience.  Whether or not her work contains a lot of choreography, she thinks of creating a play, even a primarily text-based one, as creating a dance piece for the audience.

Although she is hesitant to describe herself as an experimental theater artist, her work is also often characterized by a non-traditional investigation of form.  Jonas considers herself a “formalist.”  She believes that all plays—especially in the context of today’s theater—are inherently experimental.  “It’s a trip to see bodies on stage in front of you pretending to be other people,” she says, “and then you’re in the same room watching them.  Even if it’s the most kitchen-sinky drama in the world, I still think that it’s a radical experience.” 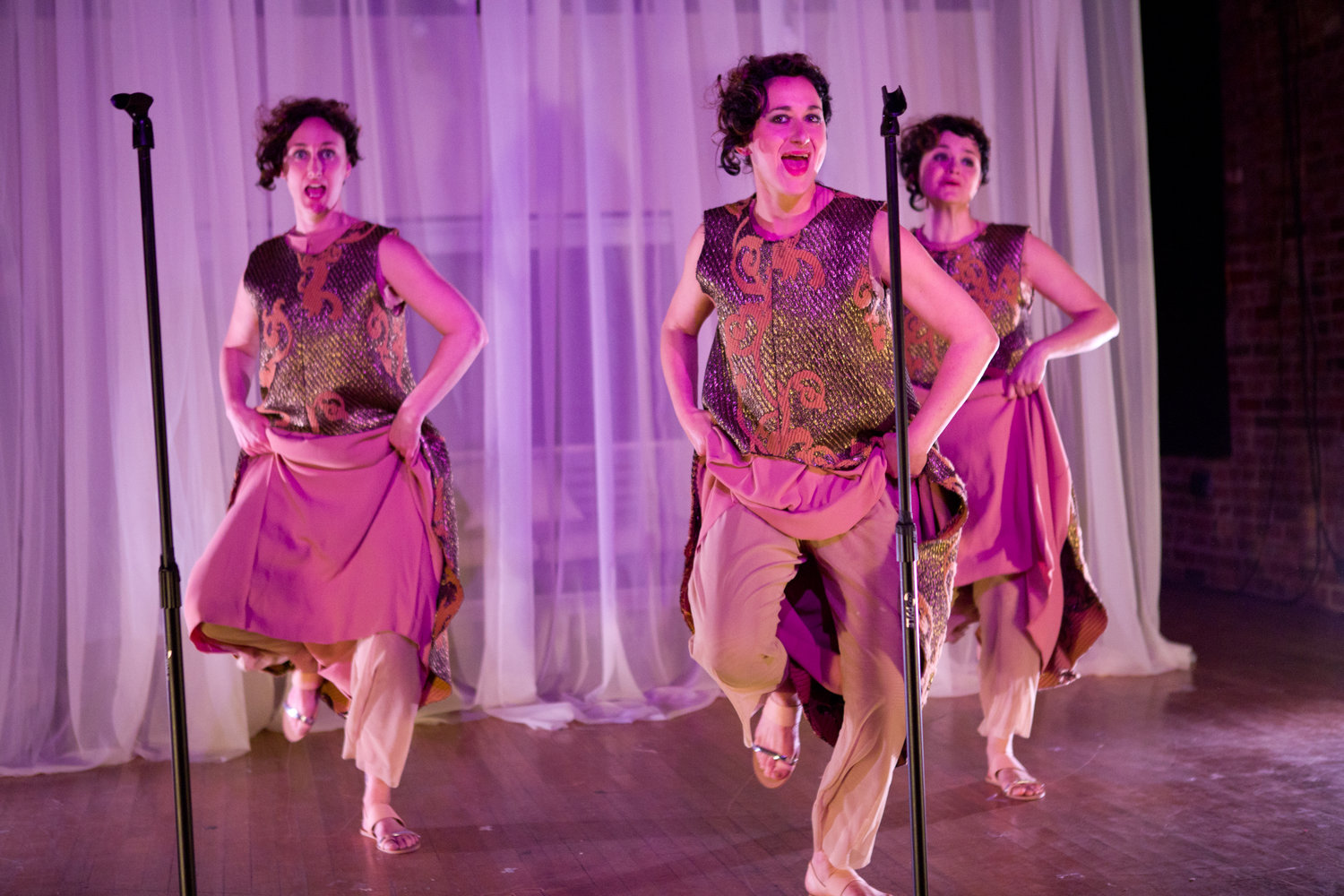 Jonas considers her production of Evelyn at The Bushwick Starr, the Brooklyn theater company created by Skidmore alums Sue Kessler ’99 and Noel Joseph Allain ’98, to be a turning point in her development as a playwright. The play, a drama set in a Pennsylvania mental institution, marked a transition in her writing in terms of the way she created, used narrative, and built worlds.  She describes how she started to understand her own voice and the subjects she was interested in writing about. Because of that awareness, she became less aesthetically critical of her own work.

Much of Jonas’s work is produced through her theater company, Nellie Tinder (a name she chose because it was “neither lame nor too formal”).  The work created by Nellie Tinder tends to be a meeting of choreographed compositional space and text-based space, and often includes music.  Currently, Jonas is developing a piece called Michigan Murders with a new works initiative program at Montclair State University.  Michigan Murders is the true story of six women who were murdered in the Ann Arbor area between 1967 and 1969.  It’s an examination of the time period and the beginning of second wave feminism.  She admits that she feels an immense amount of pressure to do the story justice, especially since it concerns people losing their lives.  She explains that using metaphor helps her connect more deeply to the truth of the women’s experiences.

This semester, Jonas is teaching an Introduction to Playwriting course at Skidmore.  She loves the class, which she says feels like “going back to grad school, but you get paid for it.”  Through the course, she hopes to liberate her students’ voices.  She wants to provide them with as many different types of plays to read and exercises to explore as possible.  Each week the class identifies a playwriting “trick,” and tries it out.  So far these have included time, space, story, metaphor, and language.  Julia will be teaching Advanced Playwriting in the spring. 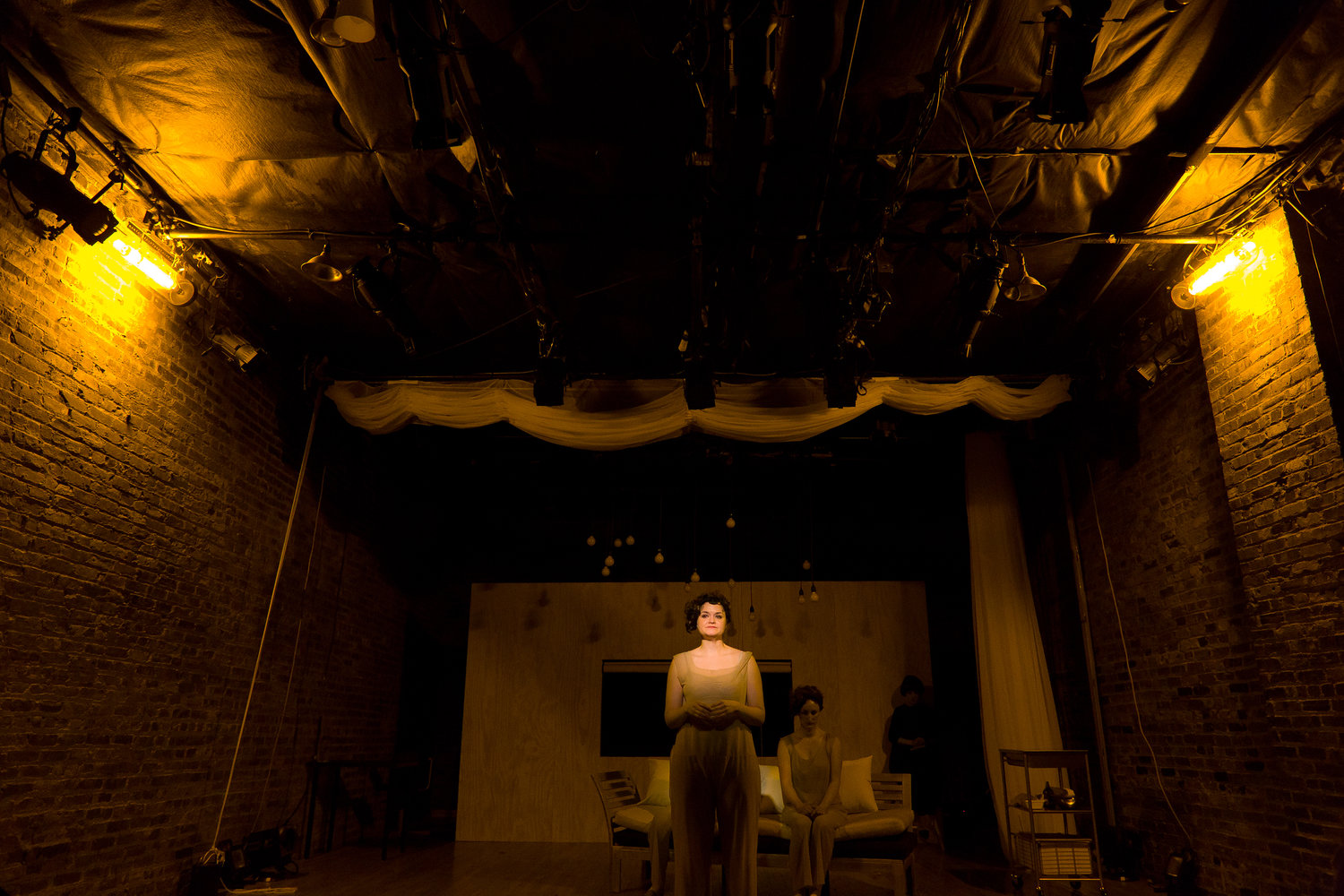 When I asked Jonas for advice for aspiring playwrights and directors, she told me, “If you want to be a playwright you need to write as much as possible and see things.  If you want to be a director, there’s nothing like experience.” And on creating your own theater company, she advised, “you just have to be very brave…and ask for money.”

Sarah Rabinowitz ’17 is a staff writer for the Skidmore Theater Living Newsletter.