Delivering Truth Through Comedy: A Conversation with Mira Klein 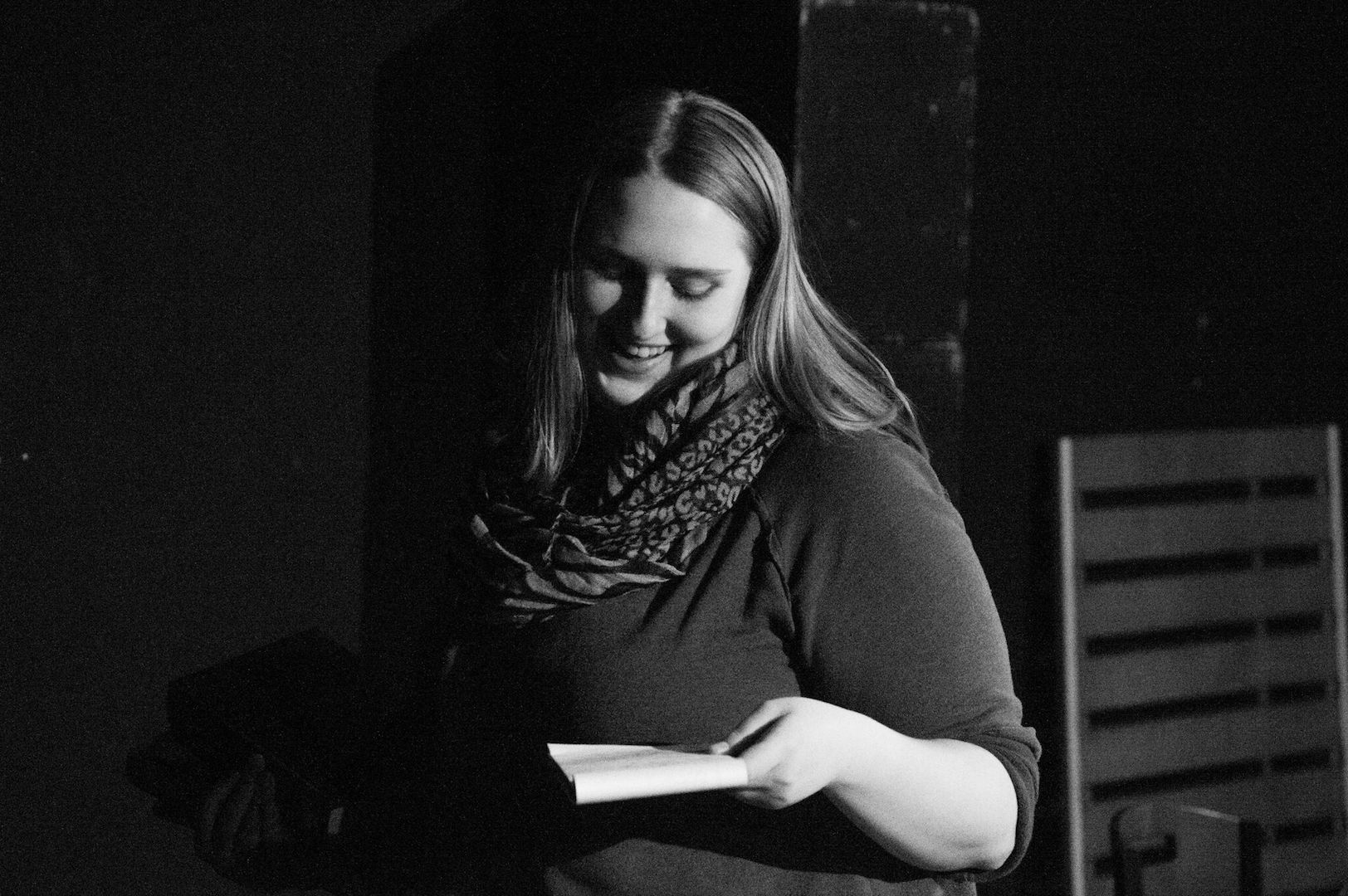 Mira Klein ’18 in a final rehearsal, photo by Dante Haughton ’19

ZL: Why did you choose this play, and why do you think it’s important to be done now?

MK: I first encountered this play last summer. I was working at the Adirondack Theater Festival and it was part of their staged reading series. We were in a secondary space with actors and music stands and chairs. It was the first time it had been read out loud since its inception. Within the first few pages it just kind of spoke to me. One of the first moments of the show is this monologue from one of the characters Susan. She comes into the office and yells, “I don’t remember getting here.” It’s this whole panic about how she doesn’t remember her commute to work and how everything is falling apart and I was like, “Oh wow that’s so relatable, this sounds like a breakdown I’ve had before.” I instantly gravitated towards [the play] because I could hear my voice in the story. This is how I talk and how I think.

ZL: You’ve been working with the playwright. Can you tell us about that process?

MK: Yes we are working with the playwright to a certain extent. This is an unpublished show, so it still needs to build up some productions before it can be published. We had a rehearsal where we had the chance to get on the phone with the playwright and ask him our questions and hear his opinions. When I sent in my lab proposal I told him about my ideas, and he gave me advice. He’s been really excited and supportive throughout this entire process.

ZL: What challenges have you encountered thus far in the process regarding the comedic elements in the play, especially because it’s about a suicide?

MK: You can often deliver a greater truth through comedy. It doesn’t need to be some profound experience to make you think. It can make you laugh and then make you think. Mental health is such a prominent issue for college students today, and we’re working as a generation to de-stigmatize it. I think that it’s handled really well in the show. It’s an important element that affects all the characters. There is not direct comedy, necessarily, about this very serious issue. Philip and I have worked on creating a space where the actors can talk about where they are, mentally, and channel it into our work. I think there is an interesting balance. It has funny moments, which make you relaxed, and pull you into this story. It’s a really absorbing story. And suddenly you see these characters deal with a very serious issue by building a castle and fighting giant break room rats—which is wonderful. I think that sort of balance is important.

ZL: What are you hoping for this production to bring to the department?

MK: I’m really, really excited that we’re doing a comedy. I think comedy is so important. We do many shows in this department that have very funny moments, but would you classify them as a comedy? I’m hoping that doing this will give actors who want to explore comedy, because comedy is equally as challenging and fulfilling as tragedy, the opportunity to do so. I know I’ve grown a lot from comedy, especially from my semester abroad.

ZL: Are you using any of elements from your experience studying commedia dell’arte abroad in Italy last semester?

MK: Oh absolutely. I definitely think that there is commedia influence. For me there has been a lot of emphasis on finding physicality in the characters, and how they physically relate to the space. I am hoping that people find something with which they can connect. I think that you can find pieces of people you know or pieces of yourself in the characters. They all have things that set them off, that drive them crazy, that make them happy, which is true of people in general.

ZL: So you’re directing a play!

MK: Exactly! But I’m directing a comedy. And then people will laugh and then maybe they will think afterwards, and if they do that’s great. But I hope we tell a story that is interesting and funny and fun, and that people can come and enjoy this castle with us, because it’s truly magical how it transforms.

KNIGHTS OF THE SALES OFFICE opens Tuesday, March 21st at 8 pm in Studio A of the JKB. Admission is free. Email pmerrick@skidmore.edu for reservations.