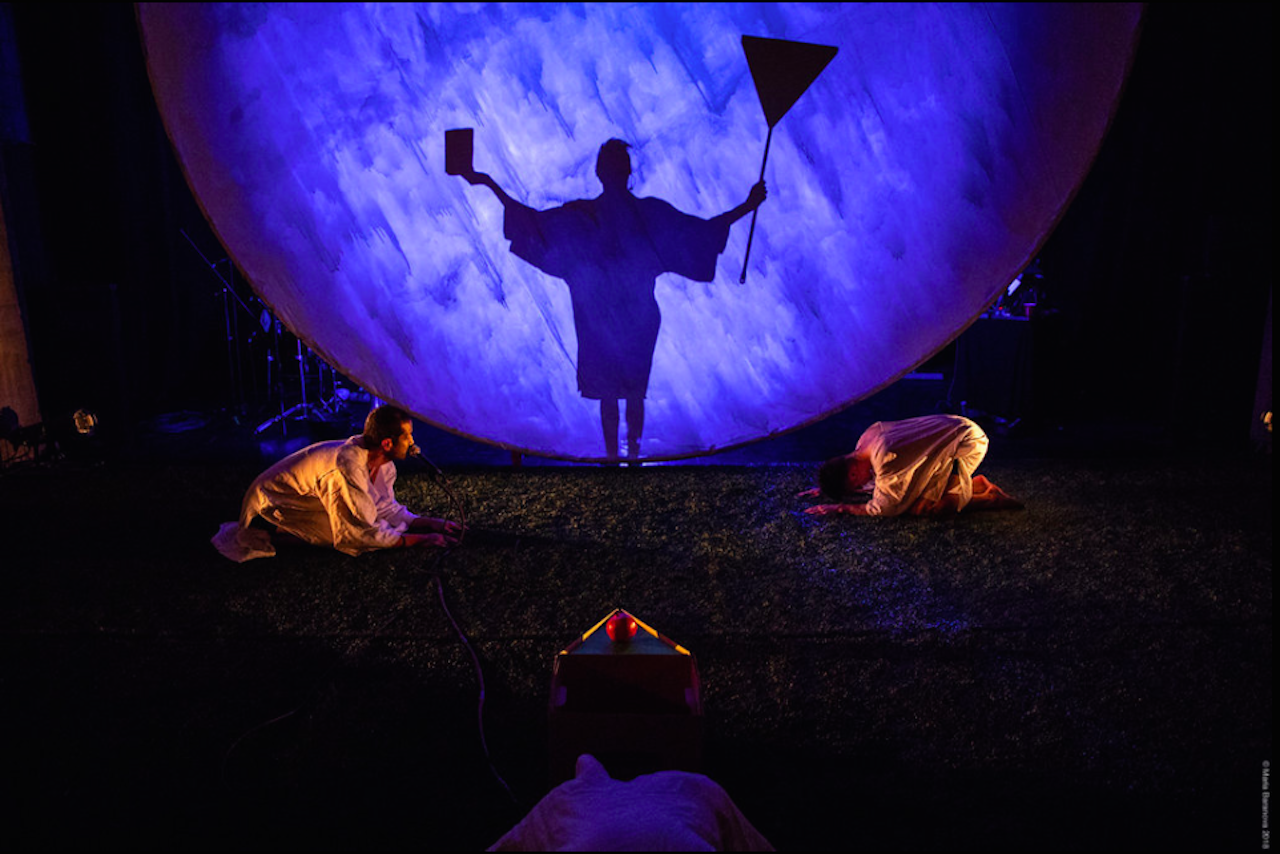 For every Zazie Beetz, Jon Bernthal, Chris Fleming, and Michael Zegen, there are countless other Skidmore Theater alumni who may not yet be series regulars on hit television shows or internet-famous comedians, but are nevertheless in the midst of their own thrilling post-graduate artistic lives. I caught up with three very recent JKB alums—Rigel Harris and Brandon Bogle, both of whom graduated in 2016, and Shea Leavis, who graduated in 2017. These are people not yet so far off from our collegiate bubble, students still freshly discovering how to apply what they learned at Skidmore to their lives outside it. All three interviewees acted in productions at school, and all three have continued to act in some capacity after graduating. The collective answers of these three are not meant to represent the full range of experiences possible for theater students after graduating, but instead are profiles of three individuals in the immediate years after their having left school.

Photographs of Harris, Bogle, and Leavis in the Spring 2016 Black Box production of Stephen Adley Guirgis’s The Last Days of Judas Iscariot (directed by Hannah Baker and Theo Saraglou ’16) still fill the center television monitor of the Janet Kinghorn Bernhard Theater lobby. Each came to Skidmore with very different relationships to theater. Harris went from working backstage in high school theater to becoming an acting concentration at Skidmore. “I think I always knew that I wanted to act and study acting. That’s where I felt most alive,” she said. “It felt a little wild to me that I could study that in college.”  Unlike Harris, Leavis came to Skidmore with no intention of doing theater at all. “At the start of my freshman year, I thought I wanted to be a high school math teacher,” he said. “I didn’t set foot in the JKB until the last week of my first year. A friend of a friend needed an actor for an intro to directing scene.” Soon thereafter, he became a regular of the Theater Department, starting out as an actor before moving towards a dual concentration in Acting and Directing. Bogle was also an actor at Skidmore, though he additionally focused in playwriting and worked as JKB house manager his senior year. All three expressed gratitude for their having been able to pursue a variety of opportunities while at school. “I felt like I could curate my experiences at Skidmore to be pretty close to exactly what I wanted,” Harris said. She took music and dance classes to complement her theater education, and even spent a full year away from Skidmore at the British Academy of Dramatic Art in London and the Accademia dell’Arte in Arezzo. 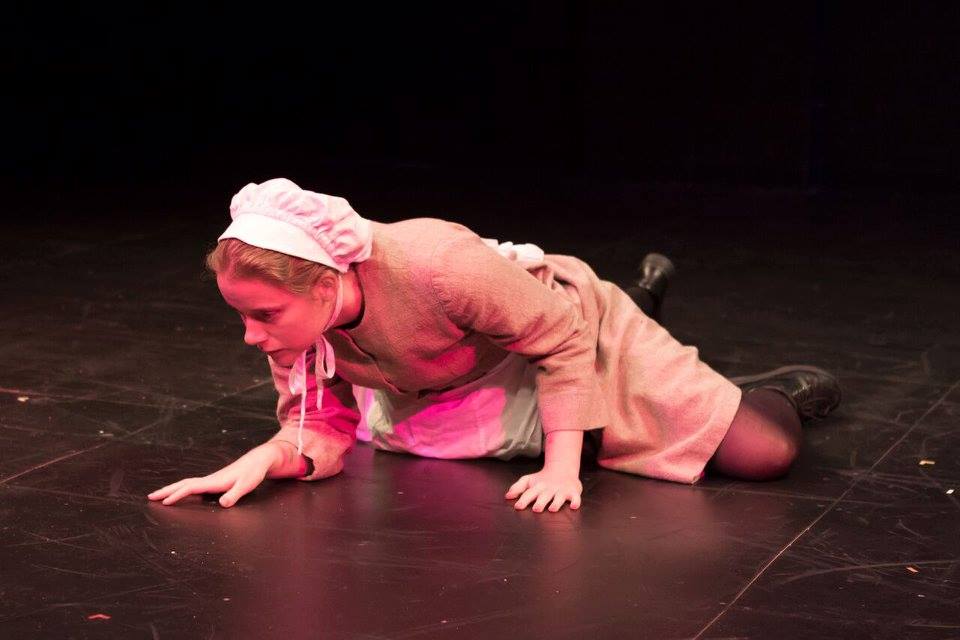 Rigel Harris in Omega in Solo Mio Round Two at Actors Theatre of Louisville, 2017. Photo by Bill Brymer

While all three were confident company members of the JKB by their respective senior years, each graduated unsure how, exactly, their four years at Skidmore would come into play once they left campus. “I guess I expected that it would be pretty difficult,” Bogle said. Harris had no clear plan in mind for what her career would look like after graduating, and Leavis confessed his insecurity about planning for post-collegiate life. “I think I purposefully avoided trying to have specific expectations about what I would be doing the year after graduating,” he said. In the past several months since leaving Skidmore, Leavis lived and worked at home in Massachusetts before moving to New York, where he now works on artistic projects, while teaching an adult swim class on the side. He’s worked two theater jobs since moving to the city, the first being oyster, an opera directed by regular Skidmore Theater guest director, Phil Soltanoff. “I helped with that performance in a role somewhere between stage manager and assistant director,” Leavis said. Most recently, he was a part of the devising ensemble for Awesome Grotto, a performance piece at Abrons Art Center, developed by Royal Osiris Karaoke Ensemble (ROKE). “They call themselves a musical priesthood and use video material from the internet to create performances in the form of a ritual,” Leavis explained. “Their approach to generating content and writing was dependent on aesthetic elements in a way that was really exciting to me.” 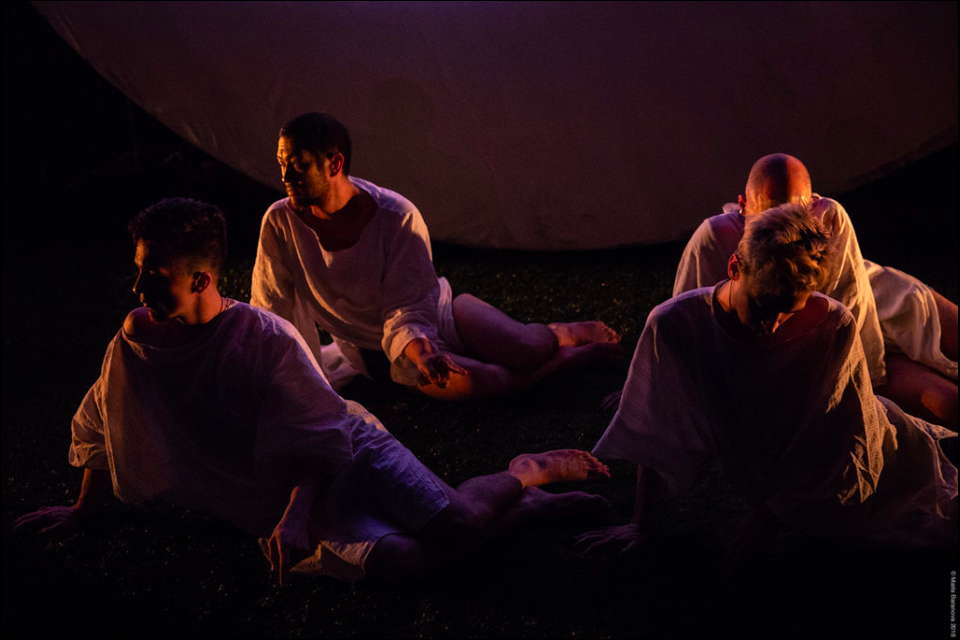 Harris, coincidentally, also worked with the Royal Osiris Karaoke Ensemble in her time in New York. Last spring, she acted in a show with them at The Bushwick Starr, an opportunity she found through “a bunch of wonderful Skidmore alums,” she said. “Working on that show with that group of people at the Starr, I had one of those ‘Oh, this is what I want to be doing,’ moments,” she commented. Along with working at the Starr, Harris also spent nine months as an acting apprentice at the Actors Theatre of Lousiville, and even ended up acting in a short film in St. Louis after meeting the director on a flight.  “Things have definitely felt less linear than I expected,” she said, “But I keep being surprised by what interests me and what pops up on my radar.”

In some ways, Bogle’s expectation of career difficulty after graduation has been fulfilled. “There are many times I’ve made sacrifices in order to keep working on a project or to maintain my way of living,” he stated. Even so, he admitted, “I’ve been surprised by how quickly I’ve learned how I want to work and the kind of people I want to work with.” Since graduating and moving to New York, he worked as a technical intern before getting involved with some new play readings, first as an actor, then as a lighting designer, and then eventually as a playwright, developing new work of his own. Right now, he is a writer for a play in development, while also acting in a new play that is currently seeking touring opportunities. For Bogle, New York has been a perfect location for finding artists to work with, and spaces to create new work, but he emphasized the importance of seeking out these opportunities for yourself. “There’s always a writing group to join or a showcase to see, but I had to put myself out there as an artist,” he commented. 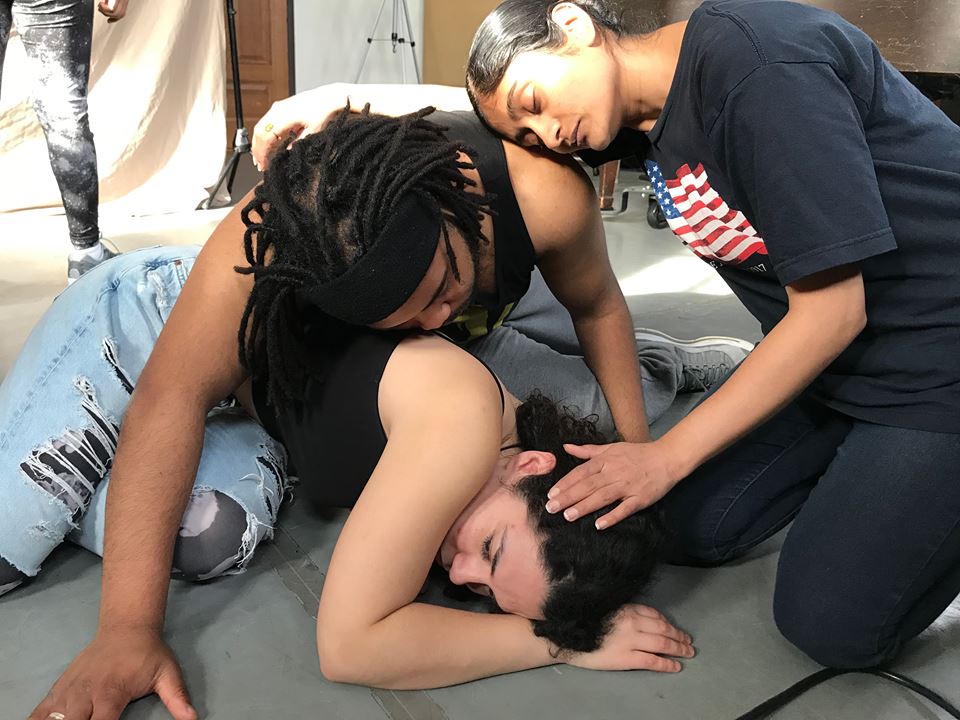 Brandon Bogle in rehearsal for The Best Way Out is Through.

Leavis has come to similar conclusions. “After graduating, it is 100 percent dependent on you to make sure you’re staying artistically active,” he insisted. “There is no institution making sure that you go to auditions or setting up productions for you every few months.”

Still, Leavis, Harris, and Bogle all expressed excitement for their continued artistic lives, and gratitude for what lessons they’ve carried with them from school. “Dealing with the arts in an educational environment seems to me like a borderline impossible task, because as an educator you need to strike a balance between allowing the students to pursue what is individually interesting to them while also making sure they attain a full education,” Leavis mused. “I think for the most part Skidmore strikes that balance really well.”

As for the future, each still have much they hope to accomplish. Bogle hopes to one day start his own theater company. Leavis wants to continue developing new work in devising processes. Harris knows companies she’d love to act with in New York. Ultimately, though, all are open to where they each go next, knowing that it’s not always easy to predict what will come along. Harris said simply, “I hope to keep making theater with the people I love, in a way that feels fulfilling, and pay my rent doing it too. That’d be a nice thing.”