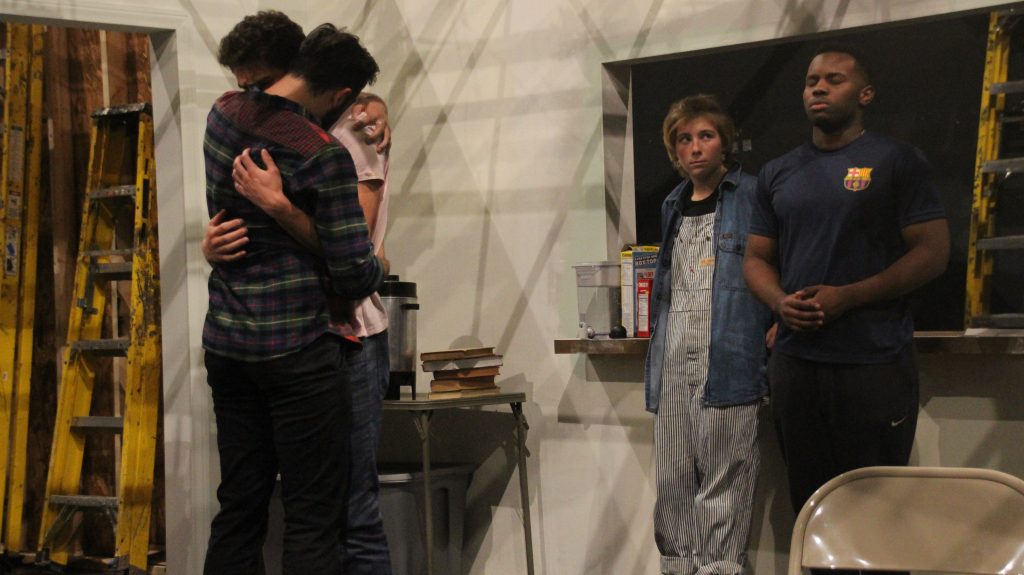 Director John Michael DiResta’s most recent project is a little bit different than last semester’s Cabaret.  Samuel D. Hunter’s The Harvest  is a contemporary play, set in the basement of a small evangelical church in southeast Idaho, as a group of young missionaries prepares to travel to an unspecified location in the Middle East to spread the word of the Gospel. While The Harvest is obviously not the first play to grapple with questions of religion and belief, its placement in 2015 America along with its look at sexuality and queerness through the lens of Evangelical Christianity makes the project a particularly daunting challenge.  And the actors have to speak in tongues.

This past week I had the chance to speak with two actors, Spencer Evett ‘21 & Caoilin O’Connor ‘20, and an Assistant Director, Ellie Strayer ‘20, about the process over the semester and their preparations leading up to opening.

As I was waiting in Spa for Ellie and Spencer, a technician’s son was screaming into the microphone on stage.  I felt this was a good prologue to a conversation that includes the topic of speaking in tongues.

Strayer arrives first, getting a package from the Post Office and taking me up on my generous offer of having a pretzel of mine.  Strayer, a Theater Major and Studio Art minor, is returning to Skidmore this semester after spending last spring at the Accademia dell’Arte in Tuscany, Italy.  She has previously acted in Antigone (Antigone), Stop Kiss (Callie), and has works for the Theater Management team in Online Media.  “I’m very excited for people to see it,” says Strayer as Evett arrives.  He agrees and elaborates on the nervousness that is unique to this opening.  “It’s a hard play…I don’t know if it’s trying to say anything specifically political, but there are certainly interpretations that could be drawn from it. But it’s very open ended.”  This is not to say that The Harvest is a nihilistic snapshot of religious life in flyover country, as Strayer says that a big thing the play does is, “drop a lot of content and hard questions on its audience members” while “meditating on it without reaching a conclusion.” She adds that this ambiguity is why it’s “a brave choice in a college setting.” 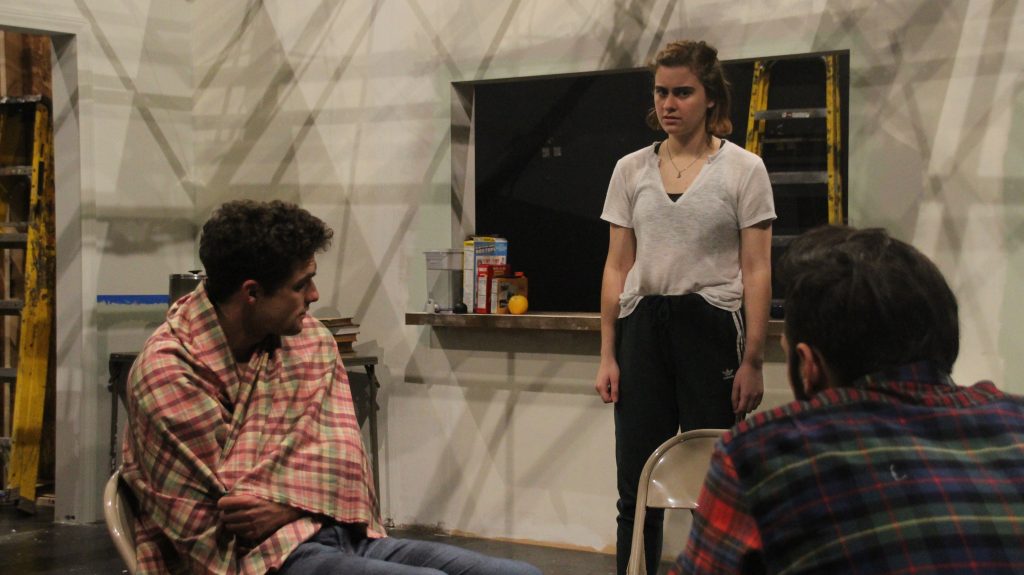 This is Evett’s third production at Skidmore and second with DiResta, having acted in 33 Variations (Mike) and Cabaret (Cliff).  A Psychology Major and Theater Minor, he trained at Shakespeare & Company in Lenox, Massachusetts this past summer.  He’d always had an interest in theater, but says that during the process of Cabaret and while at Shakes & Co was, he started seriously thinking about pursuing acting as a career.

Before putting the show on its feet, Evett and the cast prepared with over a week of table work, which he says was very helpful in understanding the characters of the play and preparing for such a challenging script.  “We also watched Brokeback Mountain in rehearsal,” adding that the iconic gay tragedy really helped him interpret Josh’s sexuality and how to approach the queerness of the character.  “It’s subtle in the script, but we definitely discussed it overtly.” 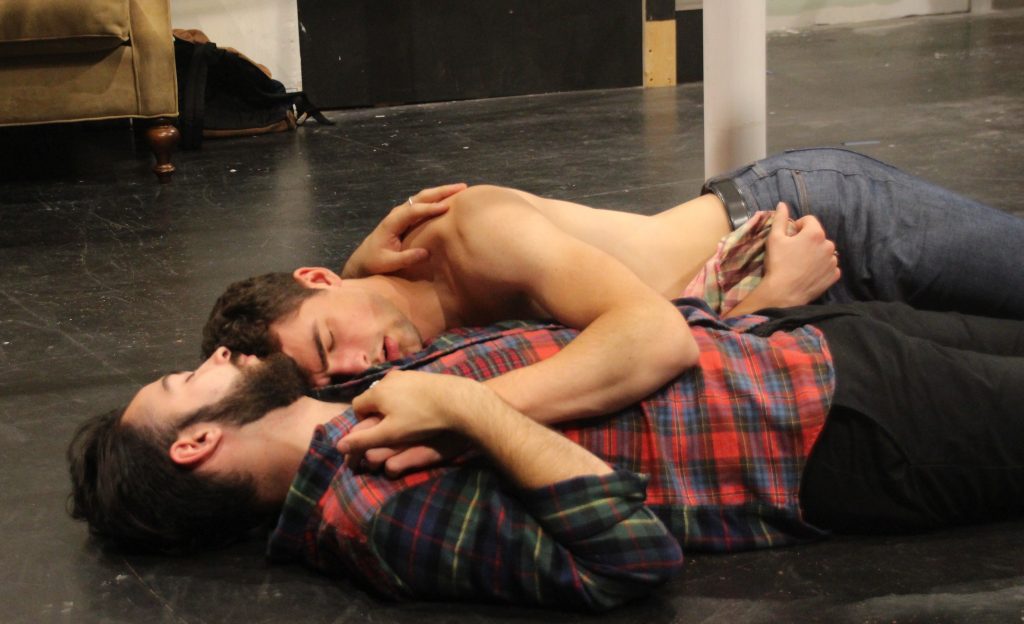 When asked what they would like audiences to know before seeing the show, both say to come with an open mind.  “I think my biggest view about it is that it’s about belief and the power of belief, and that can mean a lot — it doesn’t have to be faith or religion.  Taking belief and your life into your own hands,” says Evett, while Strayer chimes in, “It’s a thinker!” 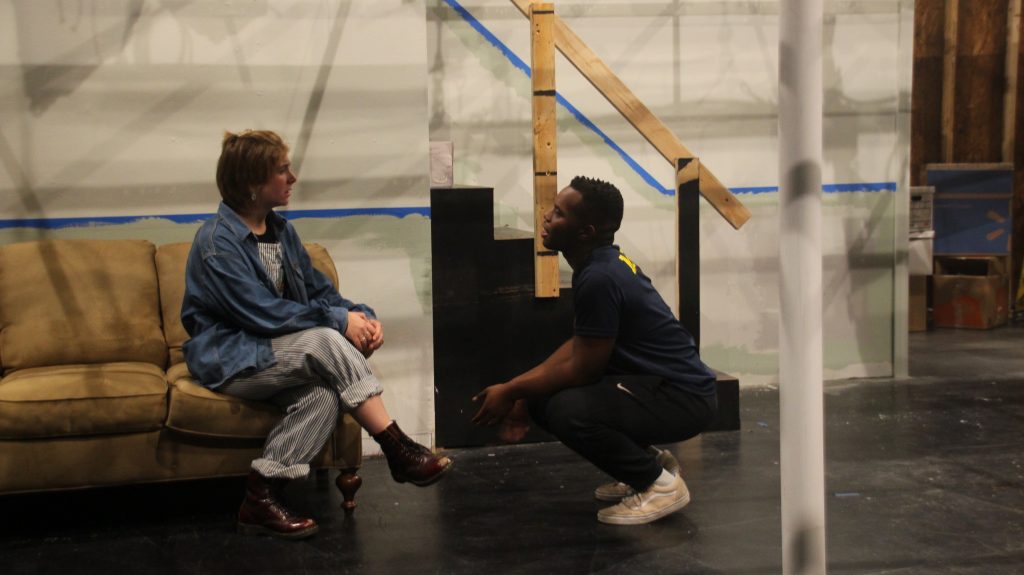 Afterwards, I walk home to me and Caoilin’s apartment and find him in a freshly purchased poncho from Depop, getting over a sore throat and preparing for one of the final days of tech week. We trudge our way up the hill in our backyard to do the interview in the Adirondack chairs, overlooking the autumnal colors of the Saratoga Springs horizon.

“So this is probably the best possible play and the worst possible play you could be doing right now,” I say to Caoilin.  “It’s been really exhausting.”  O’Connor, a Theater and History major from Wellesley, Massachusetts, has a unique connection to The Harvest, as he was a Born-Again Christian for the beginning of his high school tenure.  “I was raised pseudo-Catholic so we celebrated Christmas and Easter, and I was baptized and confirmed.  I never ‘religiously’ went to Catholic mass with the family.  I ended up becoming a Born-Again Chrirstian in about 9th grade, which was all me dealing with personal stuff.”

However, O’Connor’s upbringing and his character Tom’s is where the line is drawn between the two, as O’Connor says that “The biggest difference is that I became a Born-Again Christian on my own.  But Tom – he was born and raised in an Evangelical household. It’s been a part of his life forever, where for me, it’s been a small snippit.” 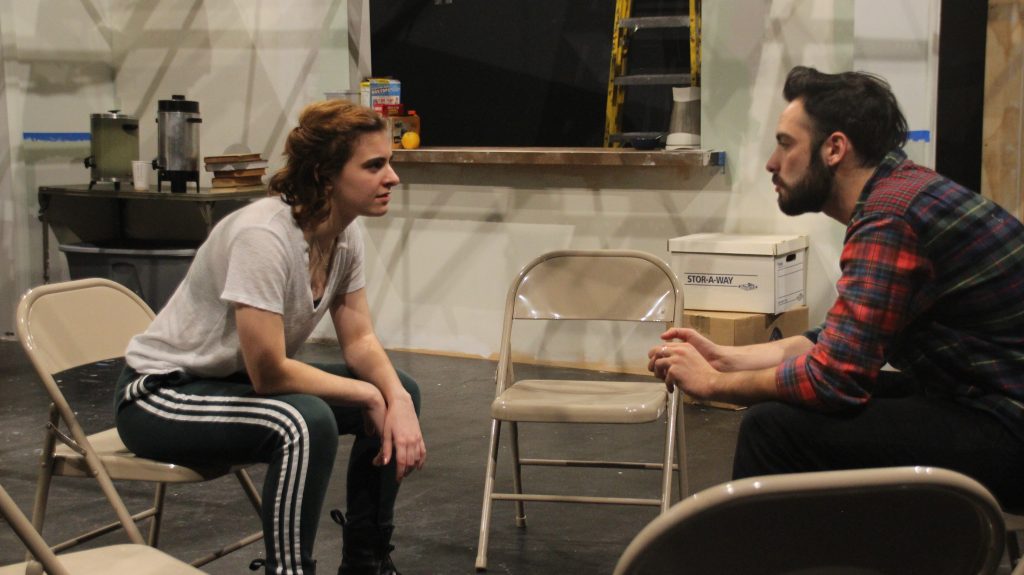 O’Connor’s personal experience has helped not only logistically throughout the process, as he used to speak in tongues, but also in understanding the motivations and goals of Evangelical Christians.  “Their big thing is spreading the gospel to other people around the world,” he says.  While some audiences may initially balk at the idea of a play about a religious group trying to spread their beliefs in a contemporary form of colonization, O’Connor wants viewers to keep an open mind and not think so literally about the plot.

“It’s a given circumstance and it’s about the characters and their relationships to each other. It’s about the problems they have and the type of struggles people have in our world, and in this country right now.”  He elaborates, saying,  “There’s still so many people from Tom’s life experience and from my life experience that have that exact same problem, where they’re in a community where they feel like they’re a part of it, but at the same time feel so unsafe and unsettled because of their identity or any number of reasons.” 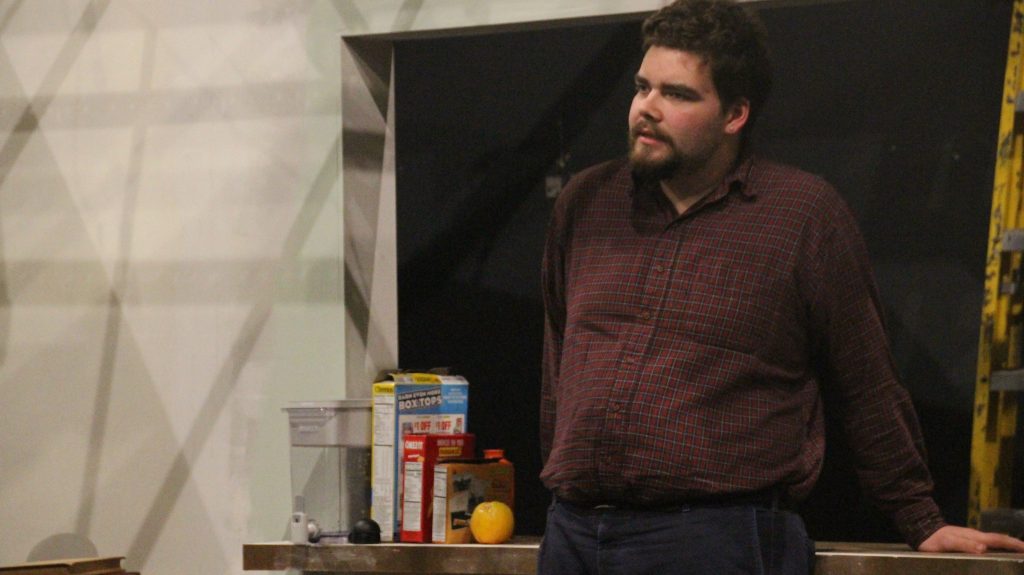 The Harvest opens Friday, October 18th and runs through Thursday, October 24th in the Black Box in the Janet Kinghorn Bernard Theater at Skidmore College. Tickets can be purchased through the theater website. Call or email the box office at (518) 580-5439 or boxoffice@skidmore.edu with any questions.

Max LoSardo ’20 is a senior staff writer for the Skidmore Theater Living Newsletter.