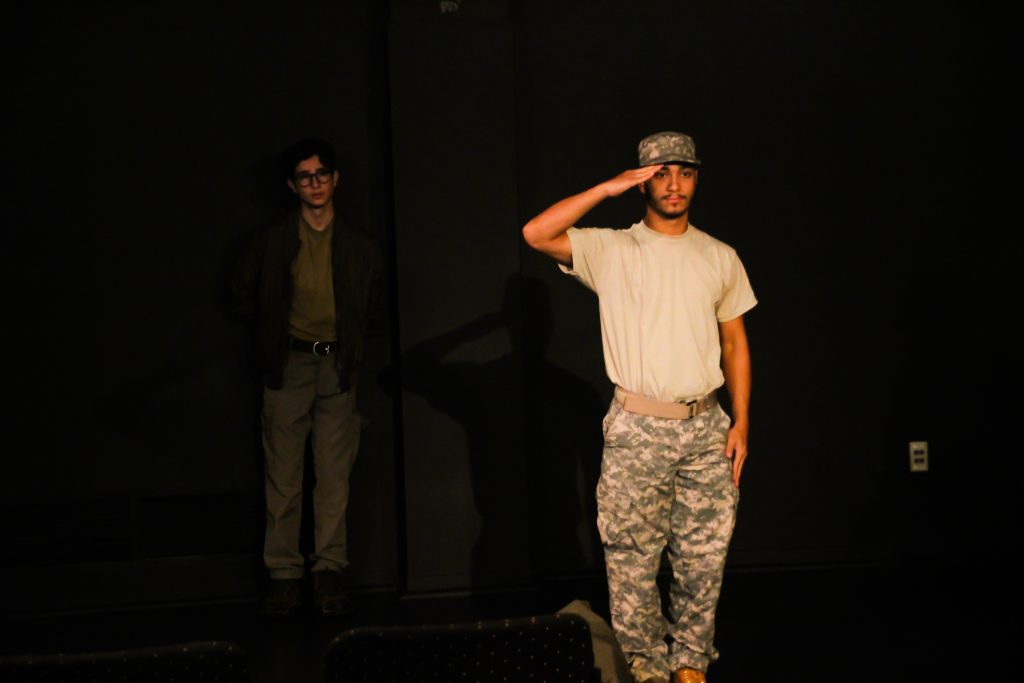 The show began with silence. Not a word was spoken, not a sound was emitted for the first minute after the house lights faded and the stage lights rose. And then suddenly, when this silence became almost too much to bear, three individuals appeared from the black curtains lining the room, all dressed in camouflage and military uniforms. A final figure stumbled out to face the audience, clad only in a towel, sharply contrasting the statuesque individuals who, we learn shortly thereafter, are his family.

The first Studio Lab of the season, Elliot: A Soldier’s Fugue, opened this past weekend in Studio A. Directed by Jamin Garcia ’20, the story follows a marine, Elliot (played by Alex Ruiz Jr. ’22), who has recently returned home from his service in Iraq and is thrilled to reunite with his family members, who are also veterans. Yet instead of a warm welcome, he receives silence and dismay. 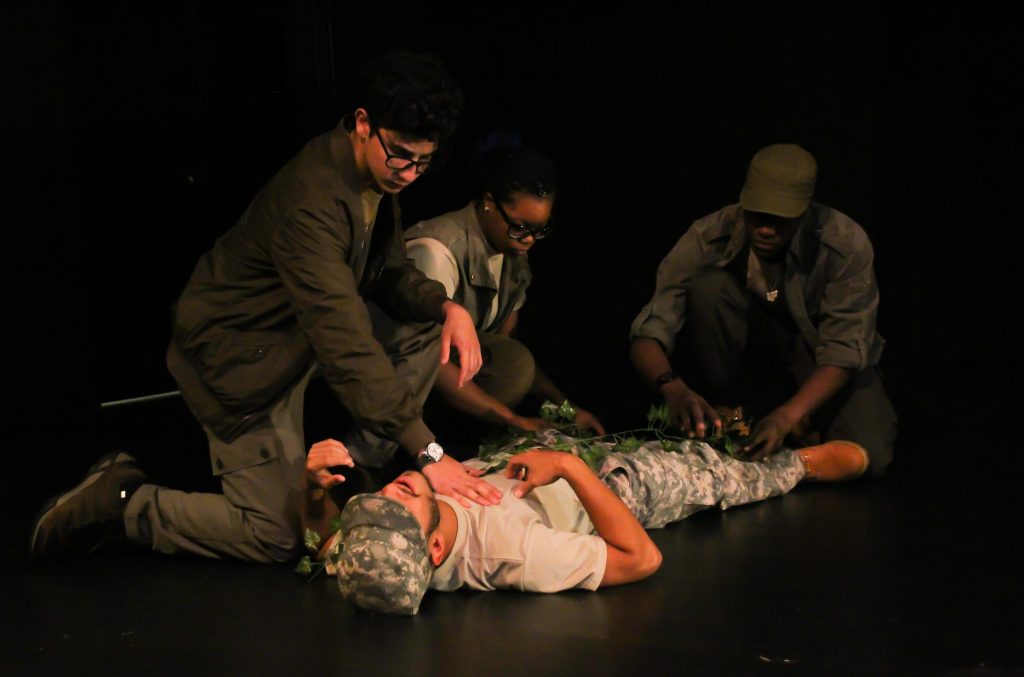 The major crisis stems from the fact that Elliot desires to connect with his family about their experiences of war, but they refuse to. We watch as he kills his first man and endures a horrific leg injury that ends his first tour in Iraq, and yet these are experiences he cannot discuss with the people he loves most in the world.

There is very little dialogue throughout the show. Instead, the story relies mainly on monologues, letters, and scenes from the parents’ own war experience. Elliot’s mother, Ginny (played by Gigi Osho ’22), who served as a nurse in the Vietnam War, reveals the atrocities she saw, but also discusses her love of gardening. Letters are shared between Pop and Grandpop (played by Neema Stahriari ’23 and Sadiq Ahmed ’20, respectively).

The production incorporated the entire room, and often the line between the audience and actors was fuzzy. Lighting, designed by Cassandra Clifford ’21, created this effect. Many times throughout the show, the entirety of the audience would be illuminated, allowing all the viewers to view each other and question their role in the production. An additional motif of a green light revealed the everlasting trauma of war. The light, a reference to night-vision goggles, first shined when Pop described his first kill, and pulled a photo out of the dead man’s pocket, which depicted a family. This green light shined down on the cast members and the audience many times throughout the show, showing how trauma has impacted every single family member throughout their lives.

Music played a major role in the production as well, with sound design also by Garcia. The range of music was large, from reggaeton to hip hop to Bach. Music was especially important to Grandpop, who played a flute for his fellow troops during the Korean War, and when asked about his time fighting, he doesn’t remember anything but the music he played. We discover later that he had begun to develop symptoms of Alzheimer’s, further dampening his memories. 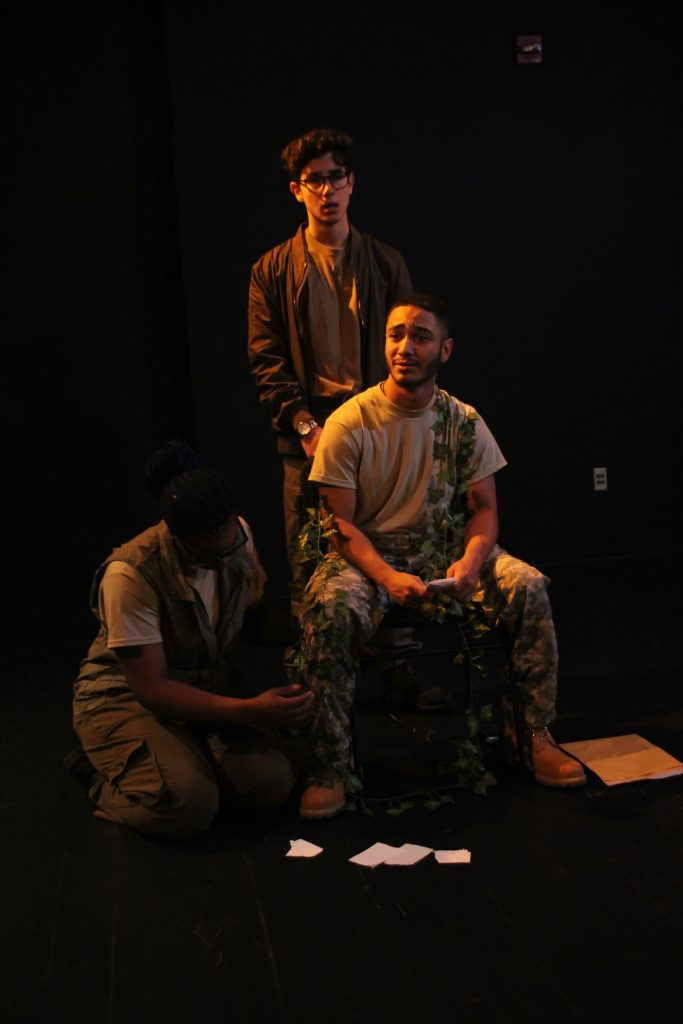 As the end approaches, Elliot discovers the letters that we, as the audience, have heard already. He learns of an injury his father endures, similar to his own. He discovers his father’s first kill and how it impacted him. He hears how his parents fell in love. And this is where the major theme of the play is fully embraced: this desperate desire for connection. It is a connection Elliot felt the first time he visited Puerto Rico, and saw where he and his family came from. This connection cannot take the pain and trauma of war away, but perhaps it can make it a little easier for all of them.

But Elliot never receives it. We watch as he is deployed for his second tour of Iraq. The entire family unites in a tableau, hand on forehead in a salute, a portrait of failed connection and contained trauma. Perhaps this is the image the enemy will one day find in Elliot’s pocket.

Meg Gray is a staff writer for the Skidmore Theater Living Newsletter.