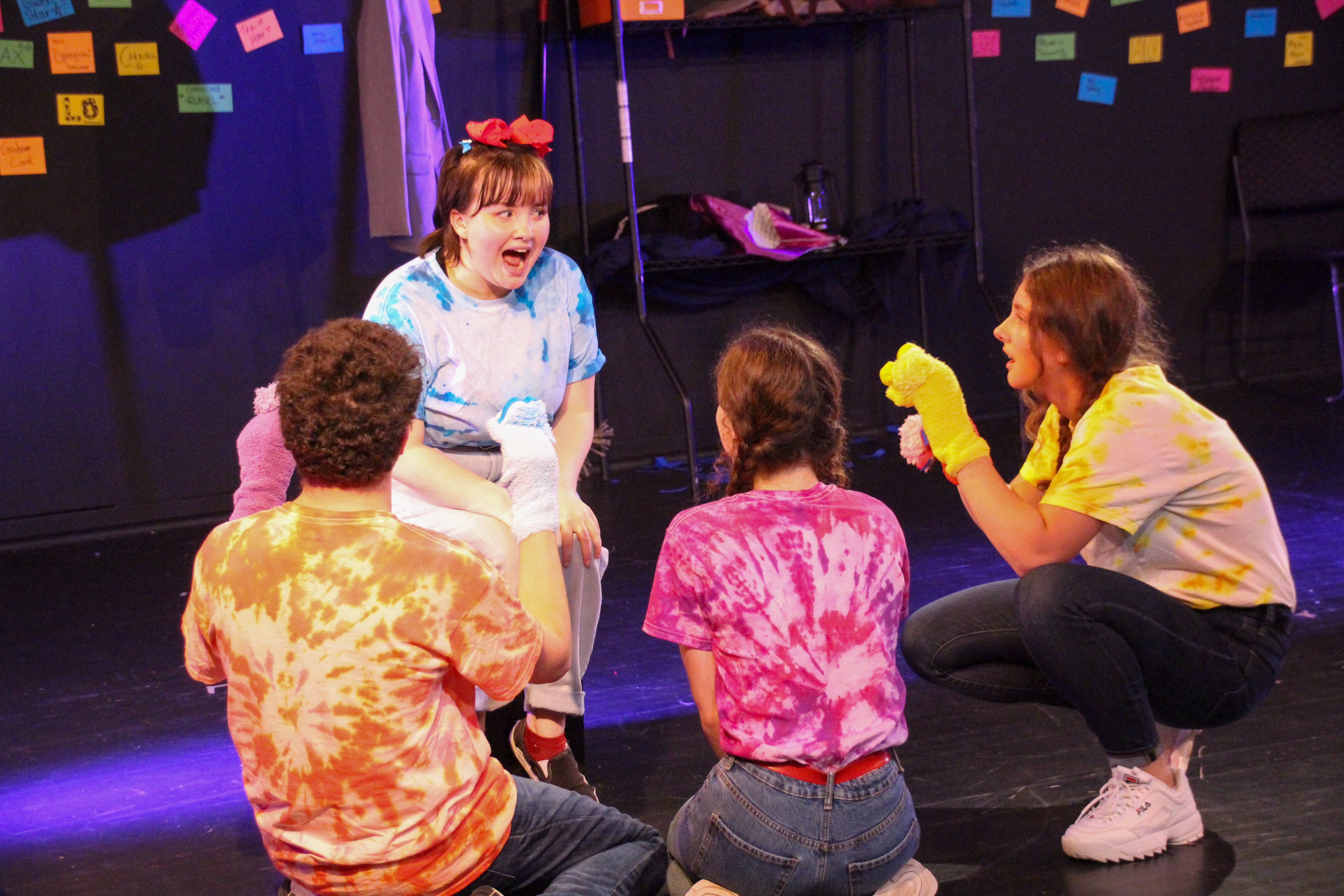 As the audience entered Studio A, we were immediately barraged with what can only be described as a tsunami of positive vibes: tie dye, dancing, and Kidz Bop Lizzo. The Narrator (Taylor Goodwin ‘19) quickly opened a grand book and took attendance, asking “Do we have a ‘Big Bad Wolf’ this evening?” We were soon encouraged to go to a block placed center stage, take a pen, write down the name of someone who we want to send positive energy to, and post their name up amid a collage of papers already present. 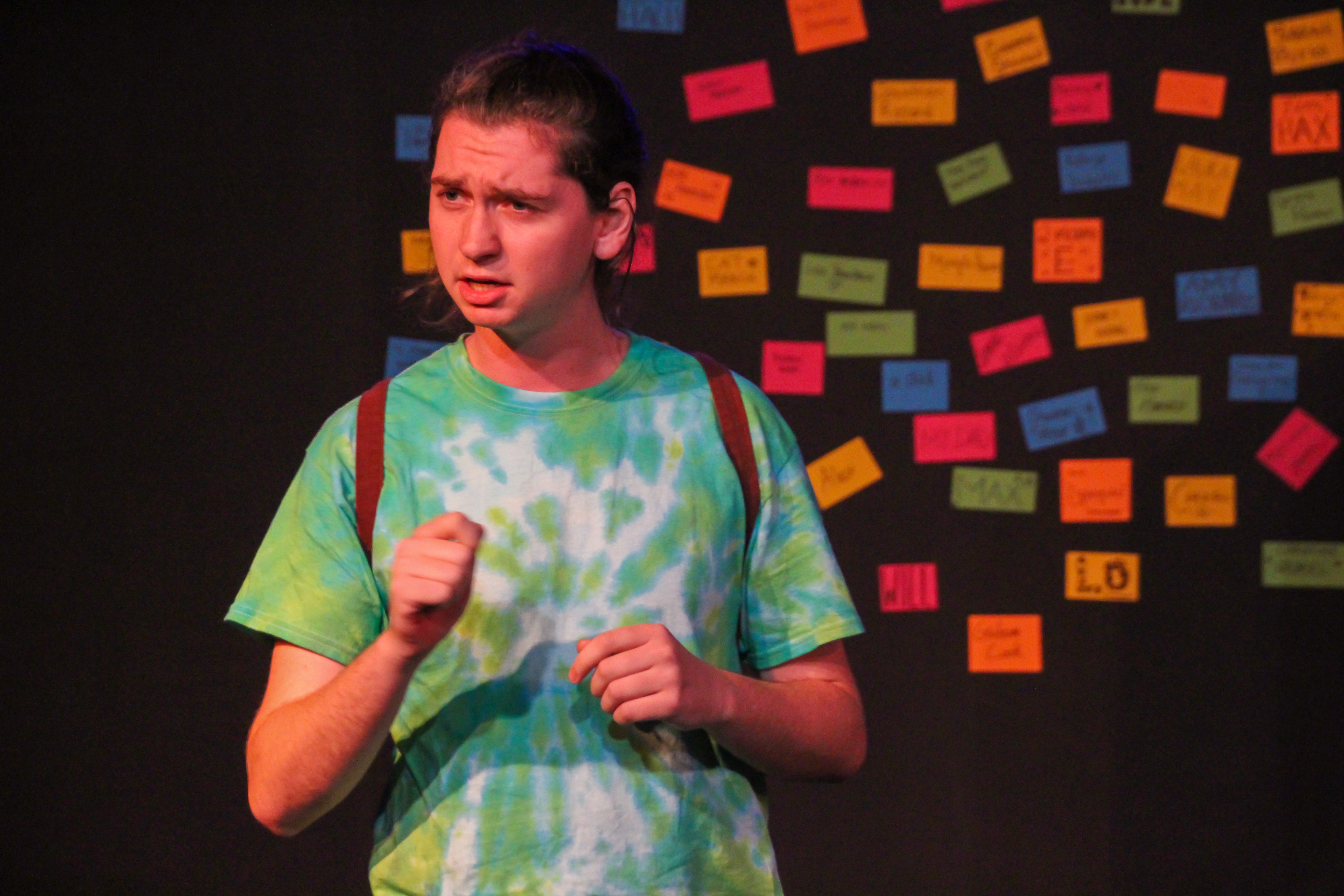 Snow White, written by Marjorie Sokoloff, is far, far away from the tale many of us heard as kids. Directed by Rebecca Rose Schilsky (‘19), this piece of children’s theater tells far more than the traditional tale and explores how the Queen (Emma Powell ‘23) becomes the villain of the story.  Over the course of the play, she’s pushed into a fear of feeling unloved by the Mirror (Emily Zeller ‘22), and eventually, with many hijinks along the way, discovers how we can learn to love ourselves. 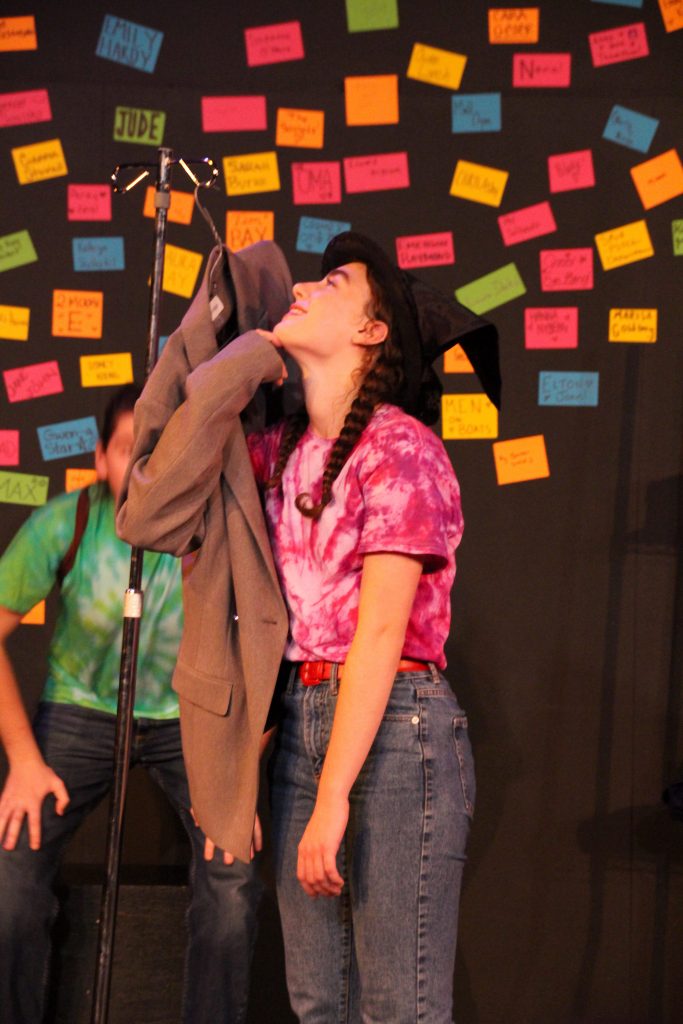 If we might focus on said hijinks for a moment, the cast and crew pulled out all the stops to ensure that there was never a dull moment. From Zeller’s passionate chicken dance, to poppy dance numbers, and even to a fourth-wall-breaking scene in which Handsome (Brendan Higham ‘21) rebels against the script and demands proof from the Narrator, adults and children alike in the audience were enthralled. 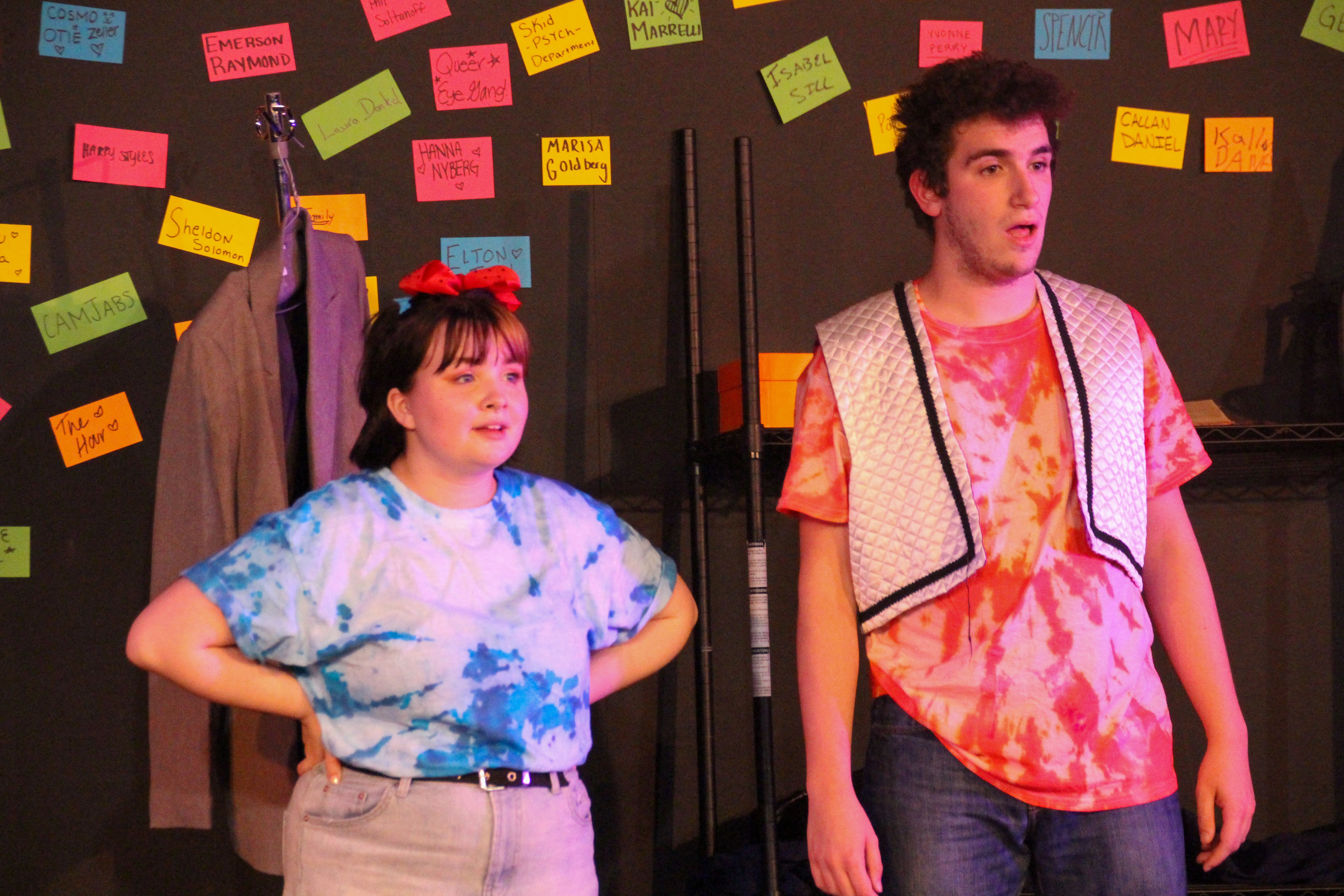 Sound designed by Schilsky herself and lit by the illustrious Isaac DeMarchi (‘23), the audience was also never disappointed by the tech of the snow, from the most dramatic moments in the haunted forest, to the most light-hearted, such as a dance break set to Lizzo’s “Boys”. With a five-person cast, it might be hard to think of how the cast and crew of Snow White were able to stage the famous seven dwarves. However, with the help of a few socks and some funny voices, the cast was multiplied and enlivened. 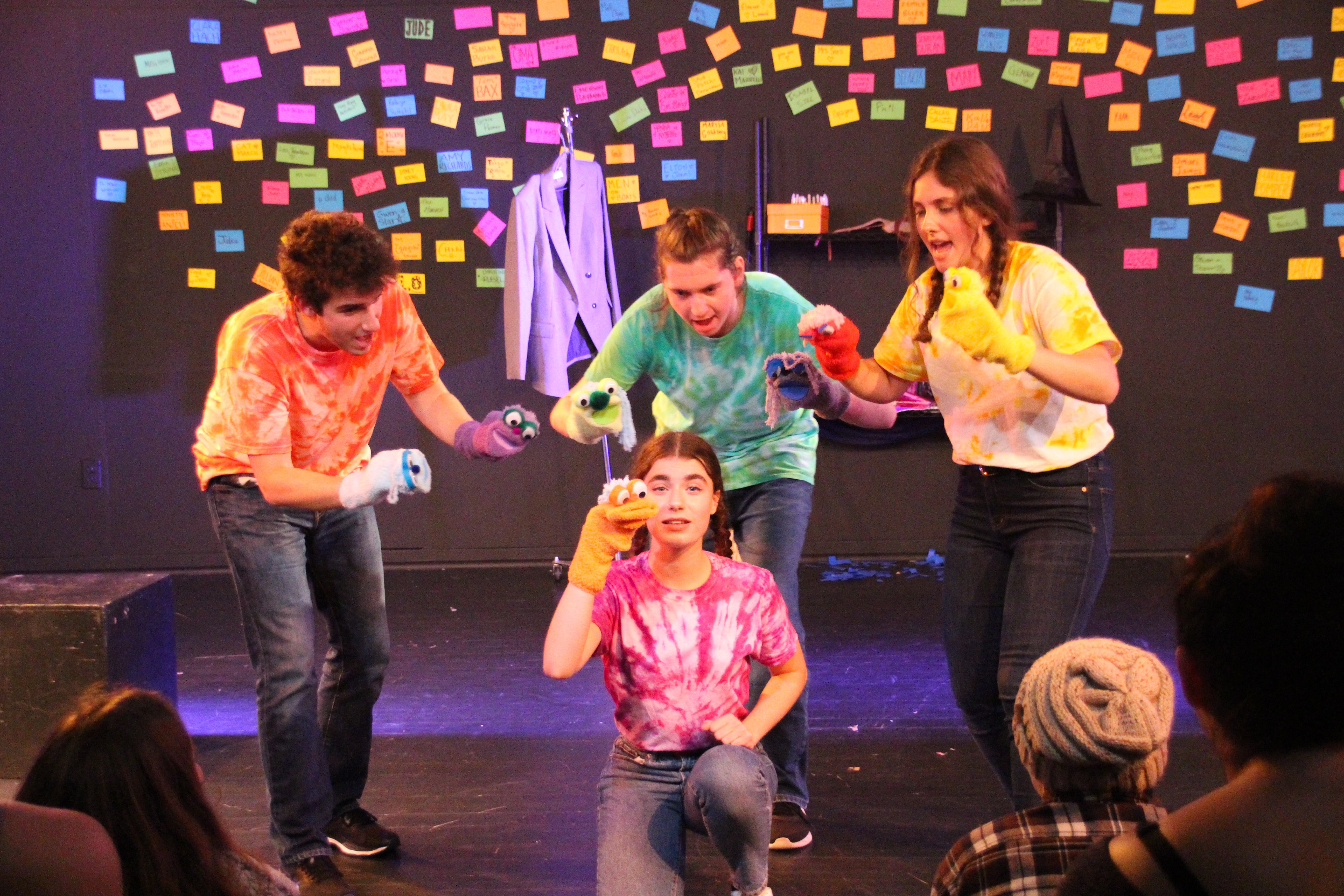 As befitting a modern interpretation of a fairy tale, there was a twist ending. When the traditional story of Snow White has finished and the audience thought we’ve reached our “Happily Ever After,” we realized that one strand of the story is still loose. The queen took to the stage, asking where her happy ending is, to which no one answered. In despair, she took a bite of the poisoned apple. Rather than rejoicing, Snow White (Theo Strassell ‘22) empathized with the queen, and, in a moment of revelation, kisses her on the cheek, breaking the curse and making an important statement about love and forgiveness. Following this, it’s nothing but good vibes, as the not-so-evil queen, her daughter Snow White, and her son-in-law the Prince (transformed back from Handsome) become a happy family–and outlaw mirrors, so they can never hurt anyone again.

While Snow White might be intended for children, its poignant story, hilarious style, and feel-good message makes it a performance that any audience member can leave having thoroughly enjoyed, but also reminded about the importance of compassion. 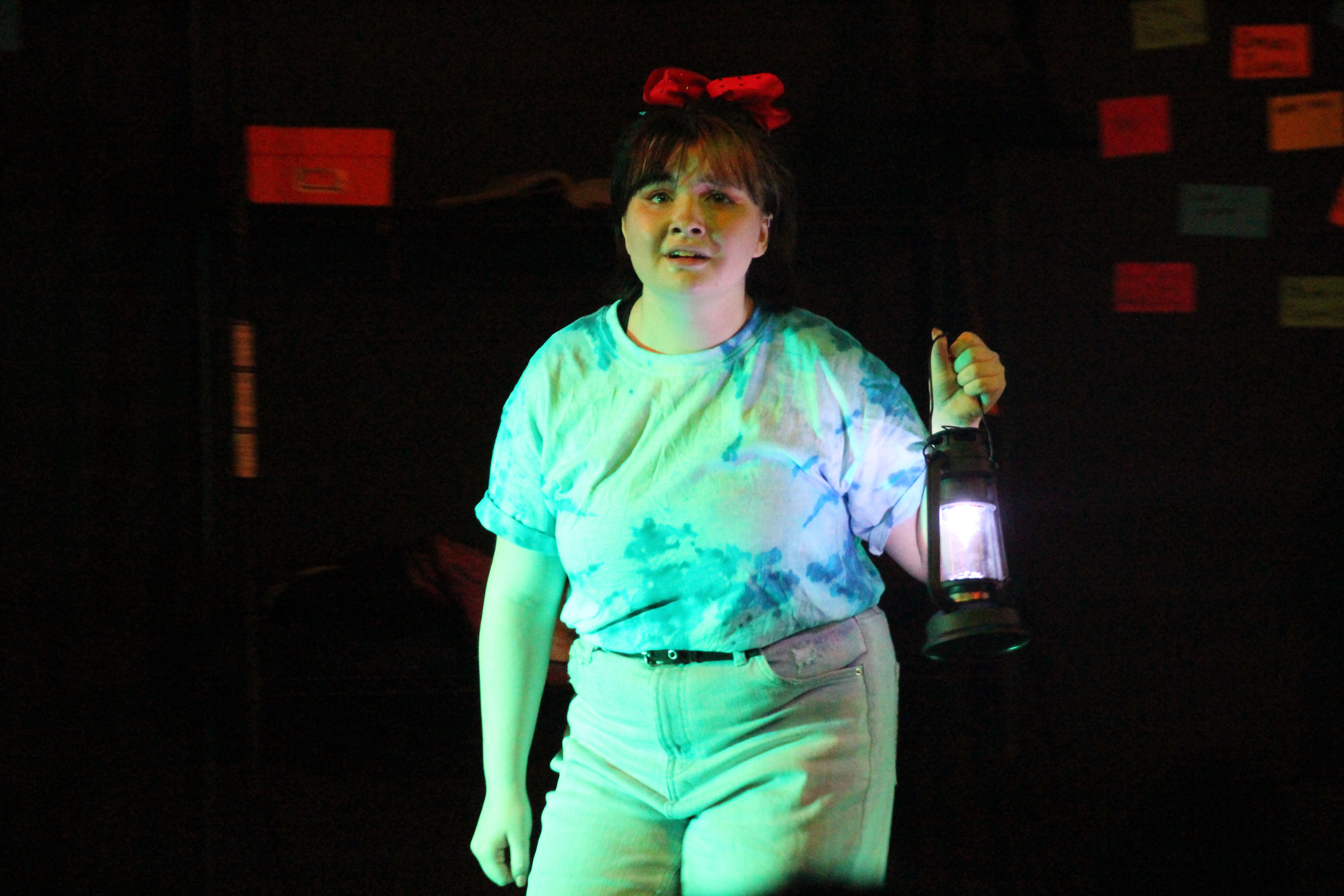 Mac Elizalde is a first-year staff writer for the Living Newsletter.