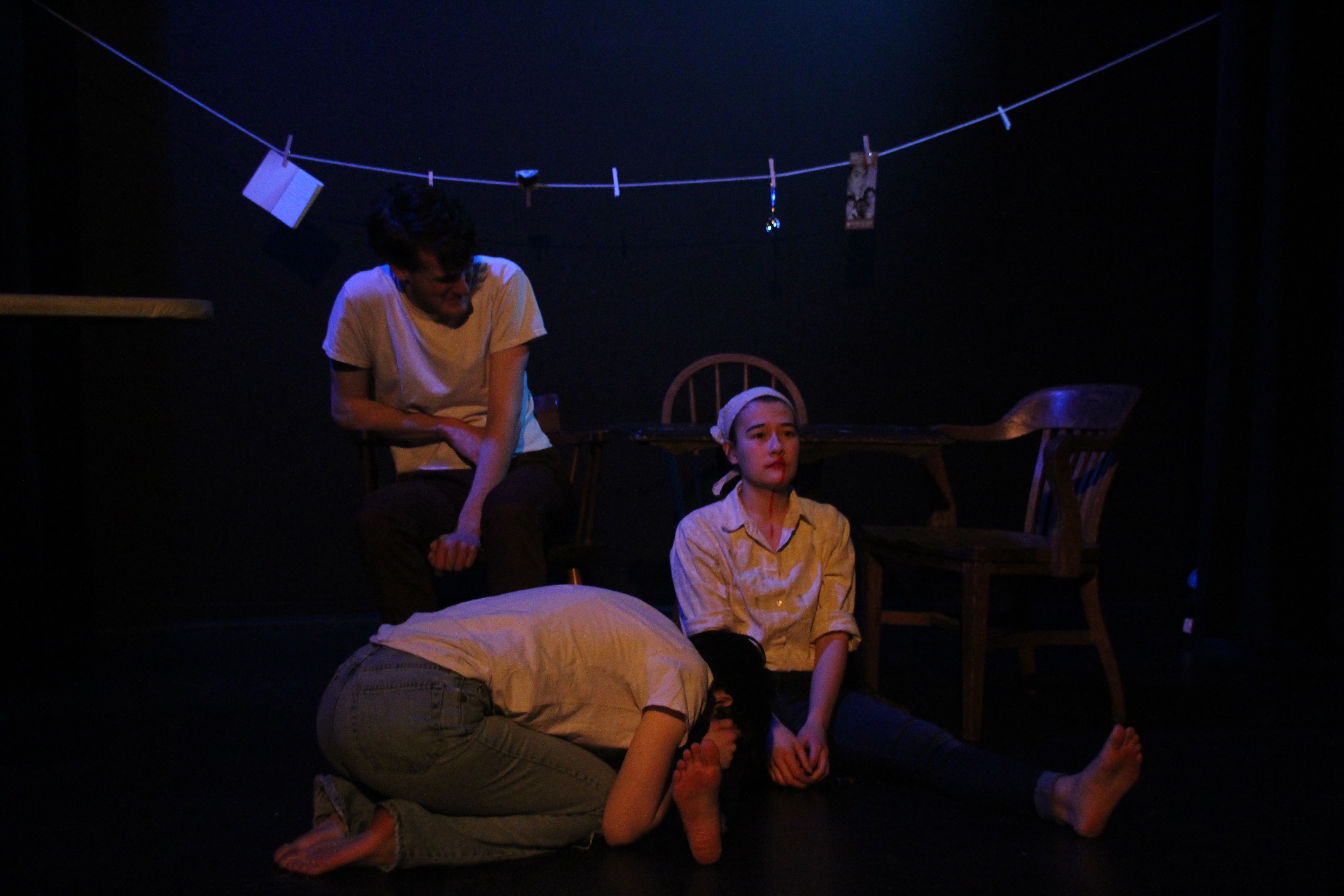 Mud tells the poignant tale of a young woman, Mae (Jessie March ’21), who lives with the somewhat familial, somewhat carnal companion—Lloyd (CJ Delfino ’22)—her relationship with whom she cannot quite characterize aside from the fact that they are, as she professes, “related.”

As the play begins, it is disclosed to the audience that Lloyd has been afflicted for some time with an unknown, and yet unsightly, illness. Hoping that he will be able to help, Mae—to the utter chagrin of Lloyd and even her own initial displeasure—asks Henry (Will Davis-Kay ’23), an older gentleman, into their home. And so conflict begins. 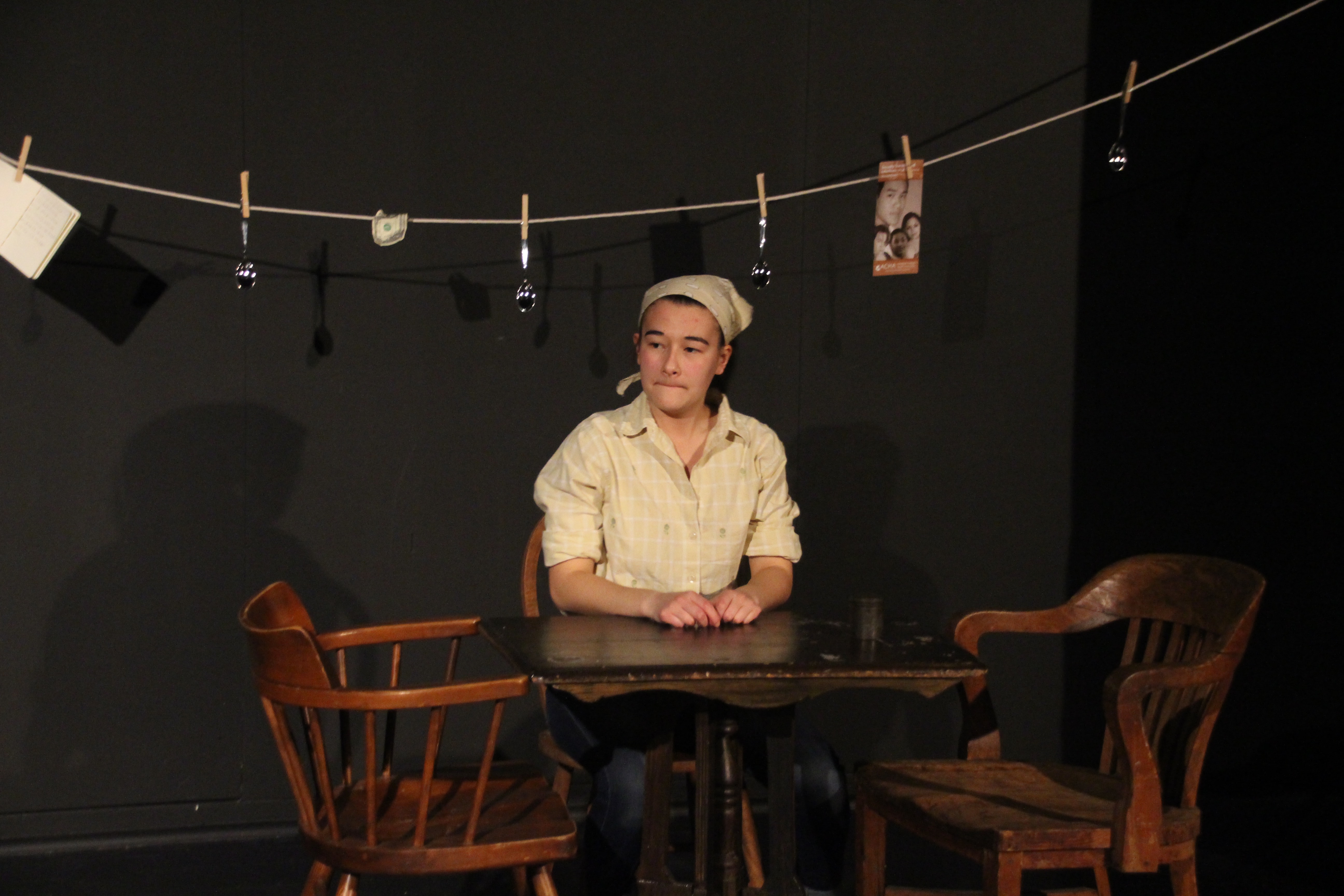 In her Director’s Note, Erickson ’20 explains that “On this campus, we discuss on a large scale how politics and privilege impact communities as a whole. What draws me to this play is the way in which it examines these impacts through the lives of individuals […] My hope is that by showing the stories of the invisible individuals affected heavily by politicians far away, we can increase our compassion for those trying to make a better life for themselves and reflect on the importance of what we may take for granted.” And indeed—in watching this production, it became clear to me: this was a political dialogue touching on some of society’s most present and grievous ills, especially as they pertain to sex and gender, exempli gratia the subjugation of women and the ever more restricted spheres of female autonomy. 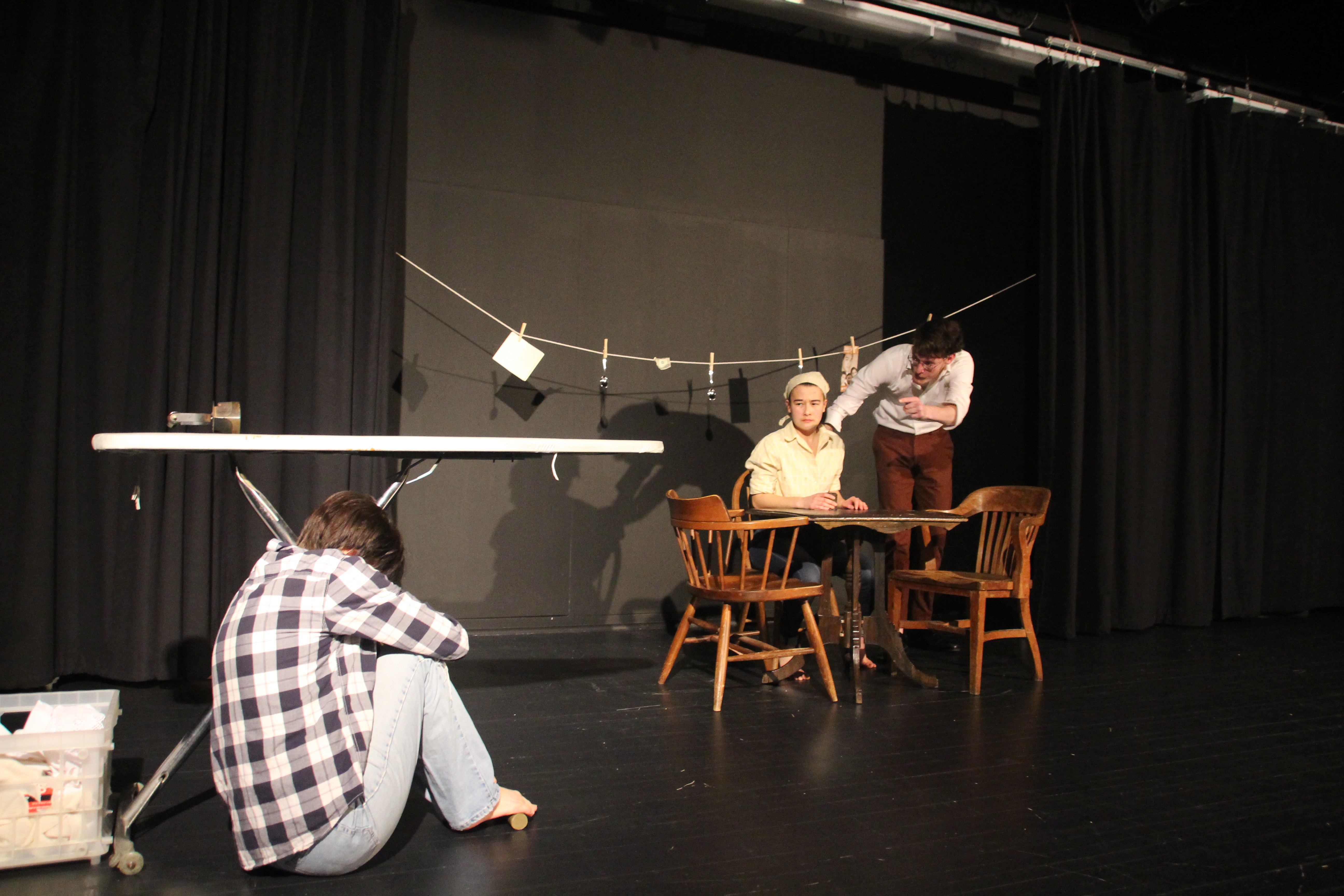 More abstractly, this piece can be viewed as an allegory. While Mae could, of course, symbolize the whole of this world’s female-identifying population and her decisions—their autonomy—Henry and Lloyd represent those injurious masculine forces, controlling her life’s every moment.

Upon a perfunctory analysis, it seems Mud has something negative to say about the fate of women’s sovereignty; for when Mae finally decides to abandon Henry and Lloyd—her male suppressors—she is injured and, therefore, forced to return. However, it is in her closing line that we come to understand Mae as, in actuality, a martyr figure: “I live in the dark and my eyes see only a faint light. It is faint and yet it consumes me. I long for it. I thirst for it. I would die for it […] I am dying.”

We soon recognize that she does not die in vain. No, she dies so that that light she sees might finally achieve a dazzling brilliance. This image may appropriately stir thoughts of F. Scott Fitzgerald’s Gatsby who also “believed in the […] light, the orgastic future that year by year recedes before us.” Throughout human history, the light of equality has eluded us, “but that’s no matter—tomorrow we will run faster, stretch out our arms farther….And one fine morning—”

So, in the fearless spirit of the cast, crew, and creative staff of Mud, we too must “beat on” against the patriarchy—“boats against the current, borne back ceaselessly into the past.”