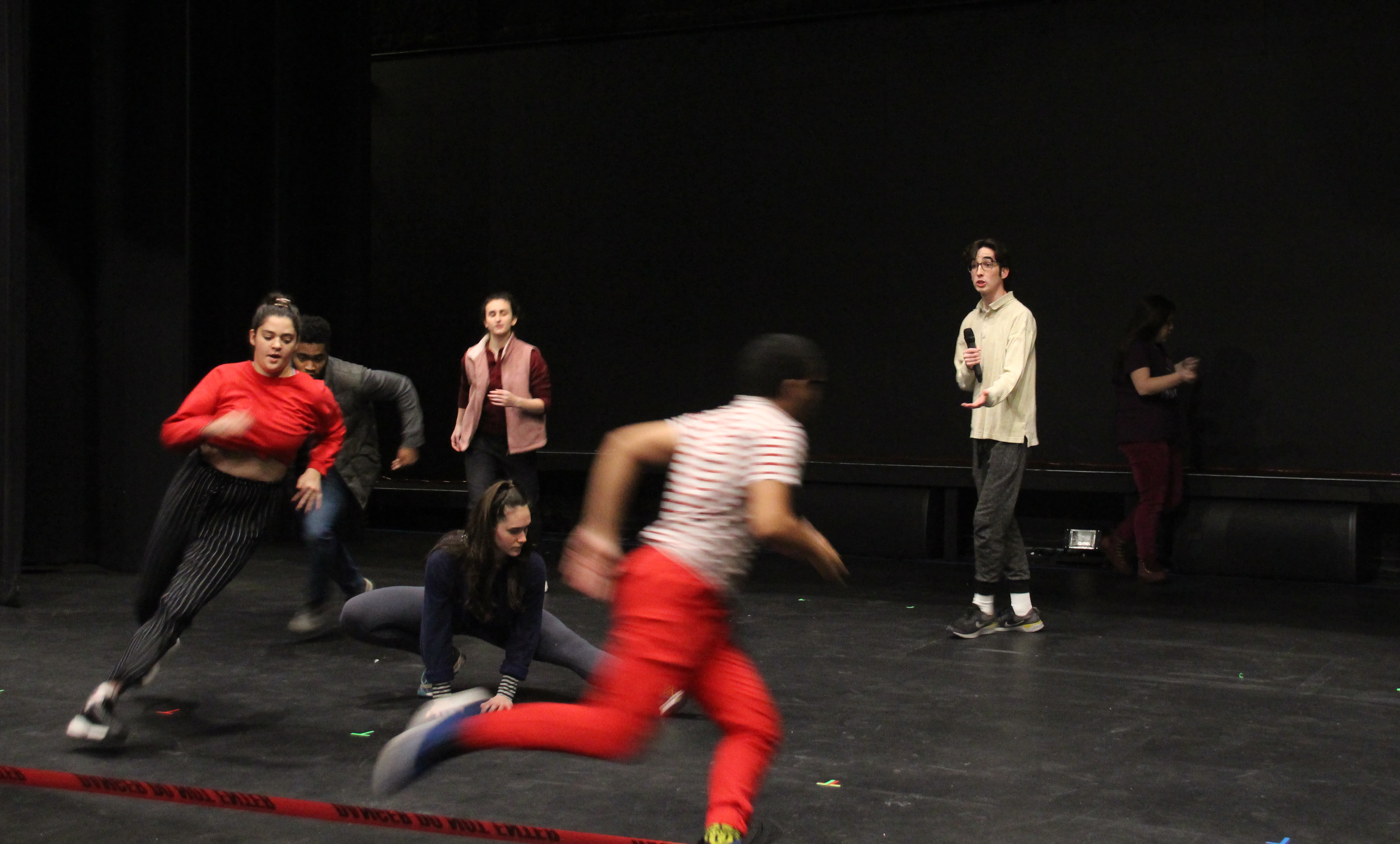 “Out west, the Grand Canyon formed millions of years ago. The Grand Canyon is a phenomenon. You don’t have to be an expert when you walk in, you’re immediately transformed: eons of time, layers of rock. You experience something large, spiritual, your own impermanence. Regardless of who you are, you’re going to have an experience,” Mainstage director Phil Soltanoff told me. “It has to do with my whole way of looking at theater.” Phil and I were sitting in the JKB lobby, during the brief hour between the sun going down outside and the lights turning on inside. Soltanoff describes this Grand Canyon response as a naïve experience: “This image is what I use to make theater. You have a naïve encounter with some sort of phenomenon when you go into the space and watch something. I try to create those phenomena.” 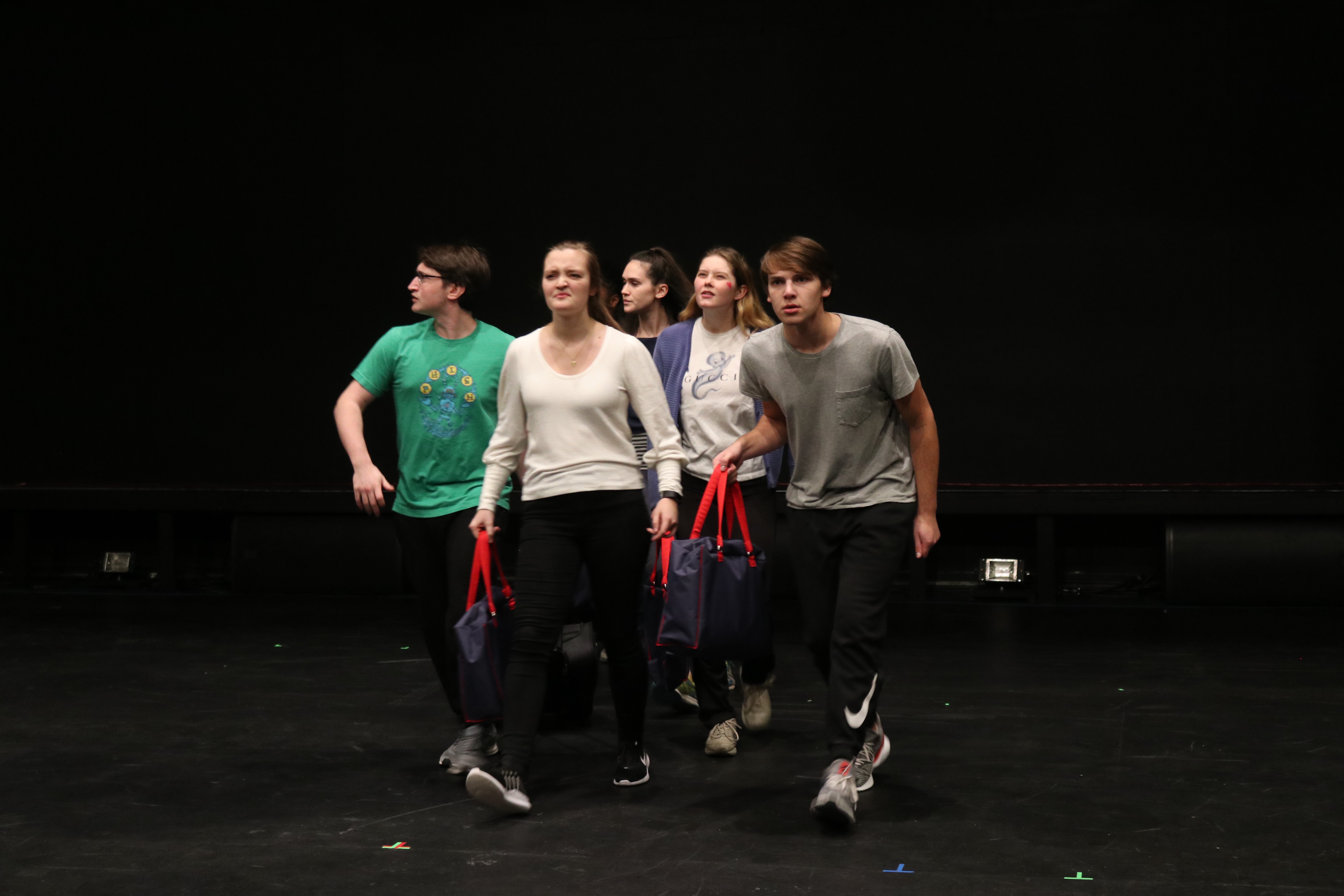 “It’s about the concept of theater, and theater’s inherently dissociative nature and its relationship to life as a whole,” said a student working on The Hour We Knew Nothing Of Each Other about what the play “means”. The Hour… is everything one might expect from conceptual theater: a play with no dialogue and only stage directions. The cast of 21 actors portrays 450 characters, who were supposedly recorded by Handke as they crossed a square in an unnamed European city over the course of one hour. The piece incorporates projected video, live sound mixing, and some truly mind-boggling technical effects as Soltanoff and his team push the boundaries of theater. 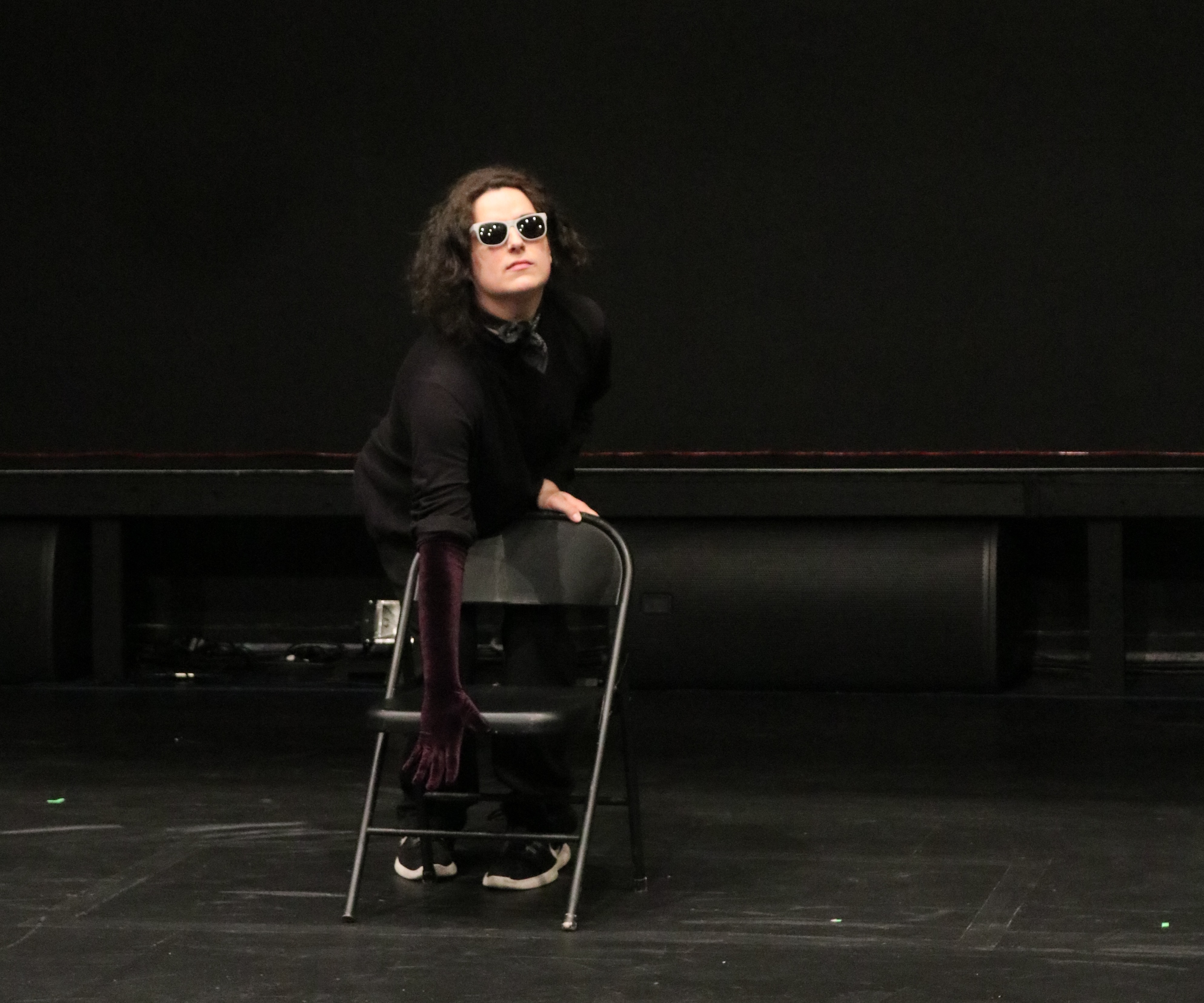 Soltanoff has been known to create similar phenomena on Skidmore stages. In the Fall of 2015, he directed Our Town in the Black Box, and then in 2016, Balm in Gilead on the Mainstage. As a member of that Balm in Gilead cast, I have first hand experience with his directing style. In my experience with Soltanoff’s work, his theater does not easily fall into genre or category–in fact, it breaks them. He says, “If I read a stage direction, what I read as ‘someone enters’ is different than what you read. They could be two completely different plays.” For Soltanoff, it’s not about what the play means, but what it does. “I asked all the people to grab a hold of the play the same way I did, embrace their own ignorance,” he mentioned, reclining back on the lobby couch. “There are no expert opinions or anything, just take a bath in it.” 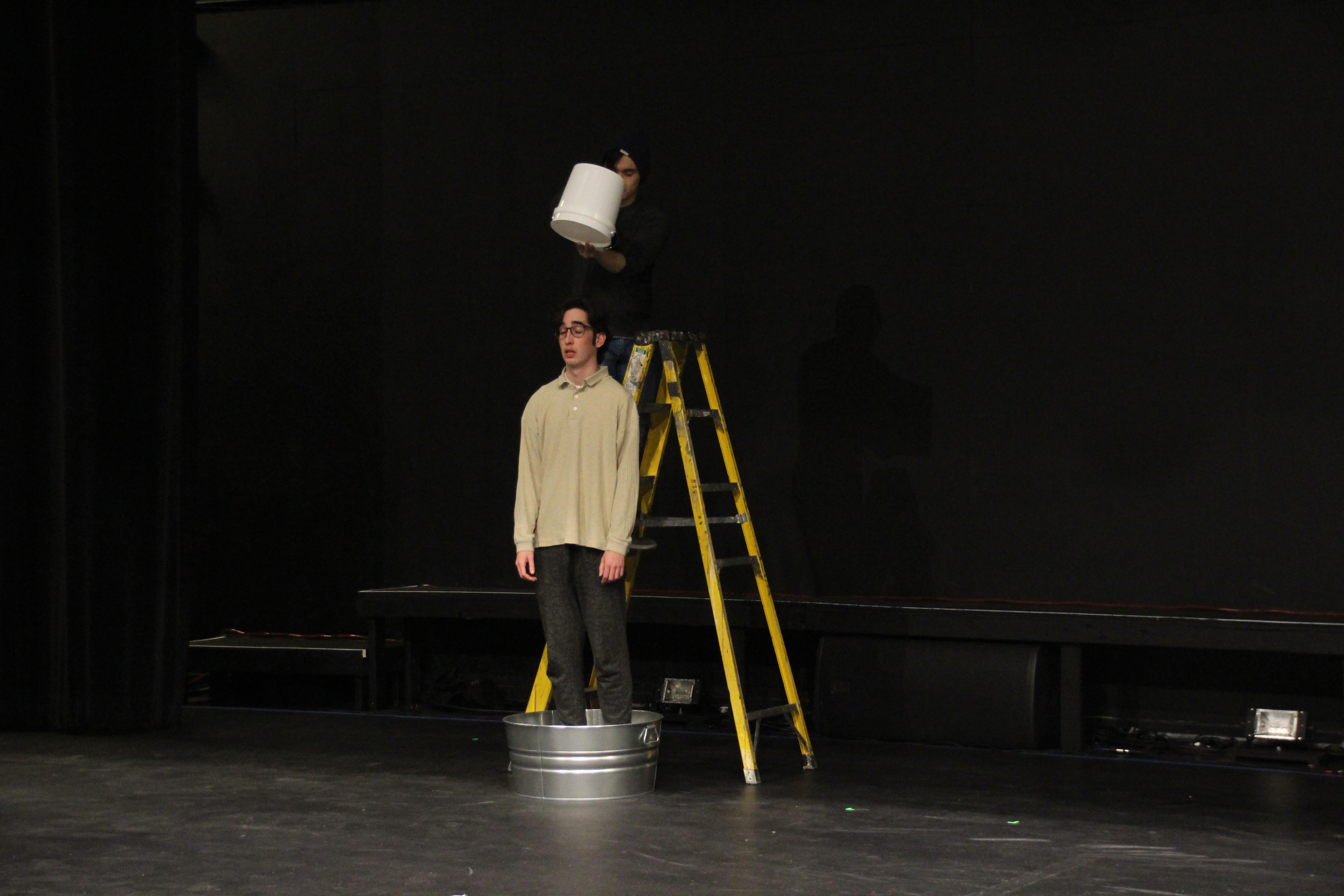 The director uses this lack of understanding to generate “fragments;” these are things that Soltanoff says are “theatrically interesting in and of themselves. You can’t describe it, but you can point at it,” he tells me, while pointing theatrically across the room. But how do you get twenty-some college theater makers to stop trying to understand the play and to instead have their own naïve experience? Soltanoff told me, “I use Viewpoints through physicality, getting people to relate to each other and to space without taking things too seriously.” Viewpoints is a deconstructive method of creating theater that involves careful consideration of observations and movement, instead of traditional character-based techniques.

“It’s about how wack it is that people assign meaning to everything,” said another The Hour… team member on the play’s “meaning.”

However, there was a time where Soltanoff looked at theater a wholly different way. “I was obsessed with finding the platonic thing. What is the playwright trying to say? But then I realized that’s an impossible task. What am I supposed to believe? [This led to me spending] two years in an agonizing existential dilemma trying to reconcile these things,” he explained. “I was obsessed with it. My confidence went out the window, I was painfully insecure. It took a while to reconstruct my work.” Finally, in the early nineties, Soltanoff discovered his own theatrical voice through the work of Charles Mee. “Each play, I’d step it out a little bit more” he told me. “Until in 1996, I abandoned plays entirely and I had the idea for a performance called TO WHOM IT MAY CONCERN.” This piece eventually went to the prestigious Belgrade International Theatre Festival. 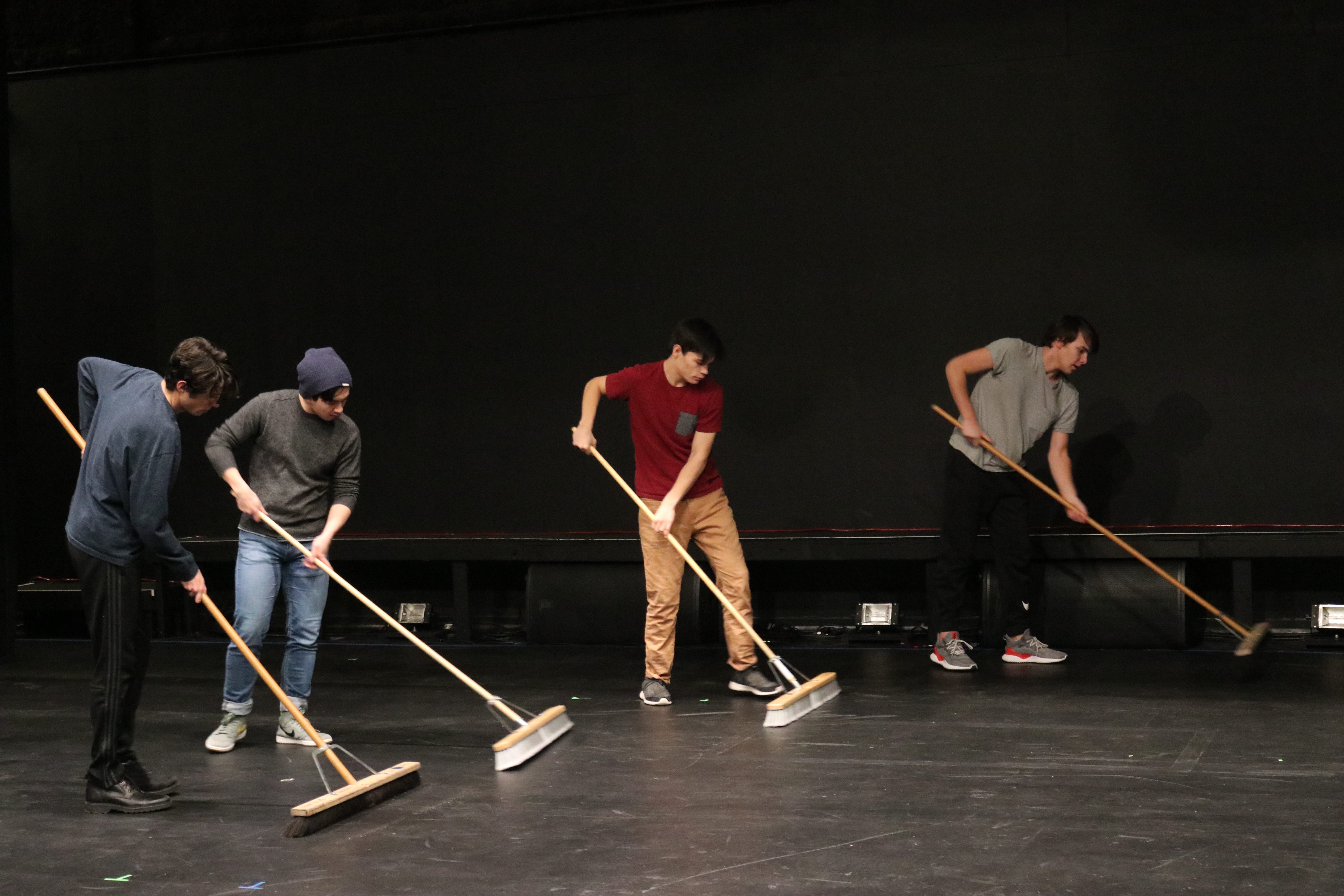 For his theater, Soltanoff set himself up with a set of parameters: first, “I wasn’t going to know what I was doing,” second, ‘I wasn’t going to have a preconceived notion before I started work,” and finally, third, “I was going to take a lot of time to develop my work.” And this is where Soltanoff comes to us now, with his fifth production of this particular piece. 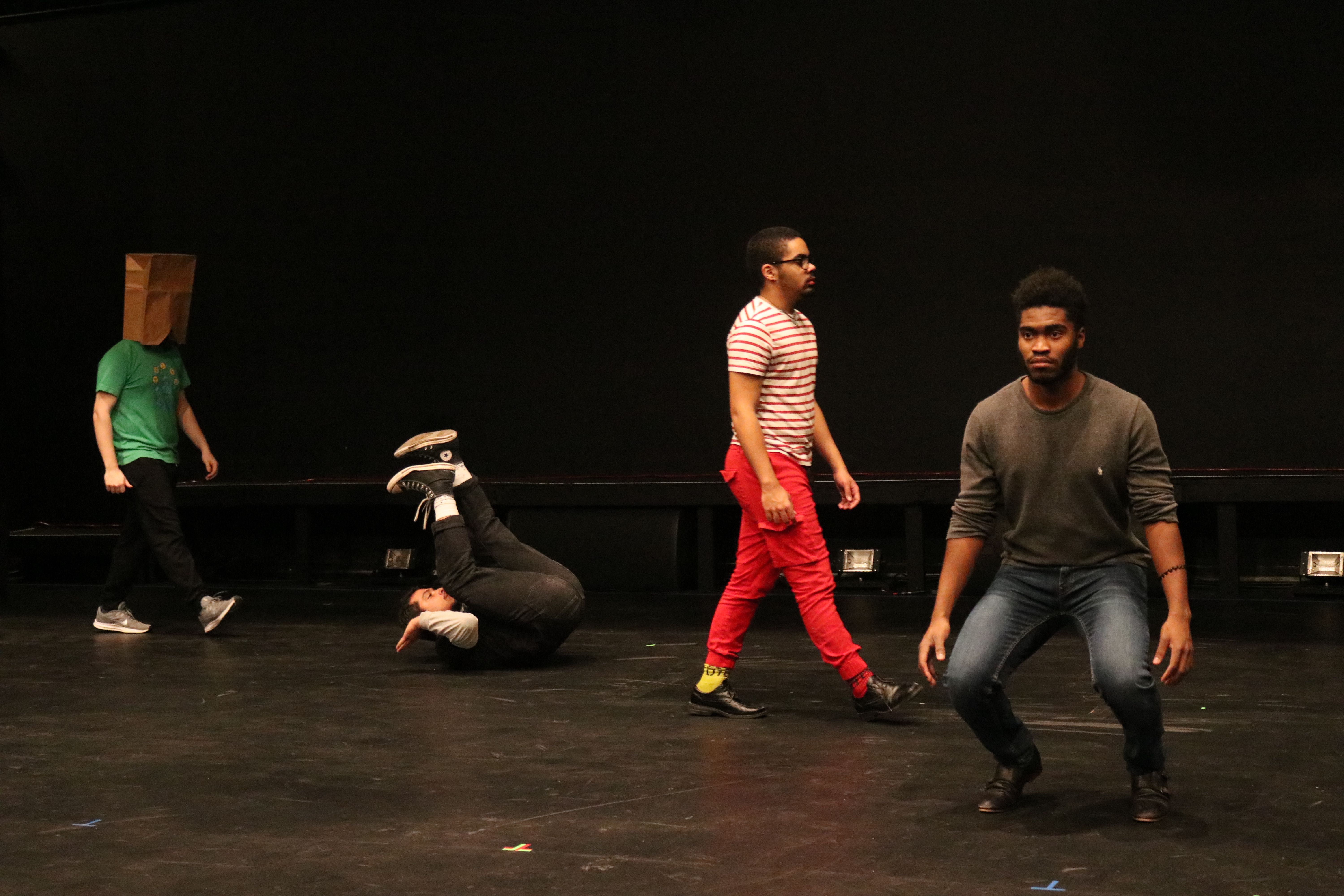 “I find it fantastically fulfilling that I can try the ideas I have,” Soltanoff told me. About the Mainstage production, he said, “I have the kind of feeling it’s something people will want to see multiple times. The shit we’ve come up with is fun and disturbing and poetic and strange and ordinary, it’s not boring. I take responsibility to make sure people aren’t wasting their time.” Despite being in the midst of the chaos that is Tech Week, he smiled as he noted, “It’s a really good sign that cast members are sneaking in to watch what we’re doing in Tech.’”

The Hour In Which We Knew Nothing Of Each Other opens Friday, November 22nd and plays through November 24th, and resumes after Thanksgiving Break on Thursday, December 1st and runs until December 8th. All shows are at 8pm (with the exception of the Sunday matinees, which are at 2pm) at the Janet Kinghorn Bernhard Theater. Tickets can be purchased through the theater website. Call or email the box office at (518) 580-5439 or boxoffice@skidmore.edu with any questions. Please note that the show involves strobes and high noise levels.

Nick Leonard is a staff writer for the Skidmore Theater Living Newsletter.