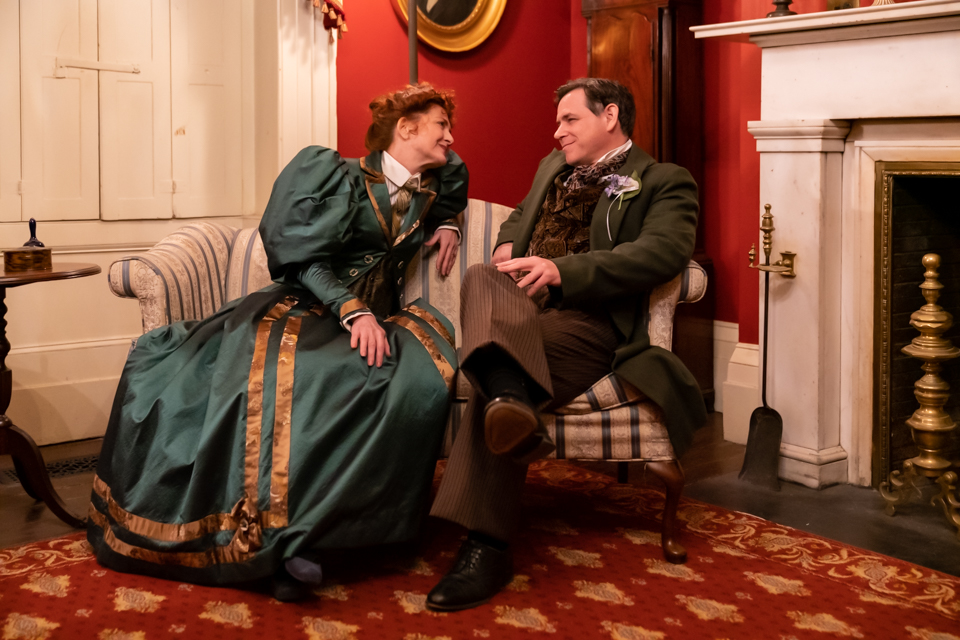 Dennis Schebetta epitomizes the Skidmore Theater community through his work, personal philosophies, and the path that brought him here. When I walked into his office to interview him, he looked up from his work and invited me in. He is a constant welcoming presence on the second floor of the theater, with an open door and his dog, Daisy, often chewing on a toy just inside.

Dennis grew up in Reno, Nevada, which was surrounded by beautiful mountains but a very small arts scene. When he started his undergraduate education at the University of Nevada, Las Vegas (UNLV), he did not intend to fall into theater. None of his family are artists, and he did not have a lot of arts exposure growing up. He was raised hours from the nearest professional theater, and the first time he was able to see a full professional show in completion was at 26 years old, when he saw a Steve Martin play at Steppenwolf. He thought it was cool, but it was not until seeing a performance of Hedda Gabler that he was excited to pursue theater as a profession. When he was cast in a production of Shakespeare’s Romeo and Juliet, he immediately caught the theater bug and has been working in the field ever since as an actor, playwright, director, educator, and more. This makes Schebetta an ideal professor for the Skidmore Theater community, where students are encouraged to pursue diverse paths and work outside the boxes we often assume hold true in the professional theater world.

At UNLV, he fell in love with theater. He started as an actor, but has always identified more generally as a “theater-maker,” who puts an emphasis on the collaborative aspects of this profession. As such, he loves working with fresh material, which inspired him to become a writer and director in addition to his initial acting career. After completing programs in playwriting at UNLV, Schebetta did what many theater artists do: he picked his life up and headed to New York City. There, he worked with William Esper, studying the Meisner acting technique in the same place as famous artists ranging from Amy Schumer to Tracee Ellis Ross to Jeff Goldblum. 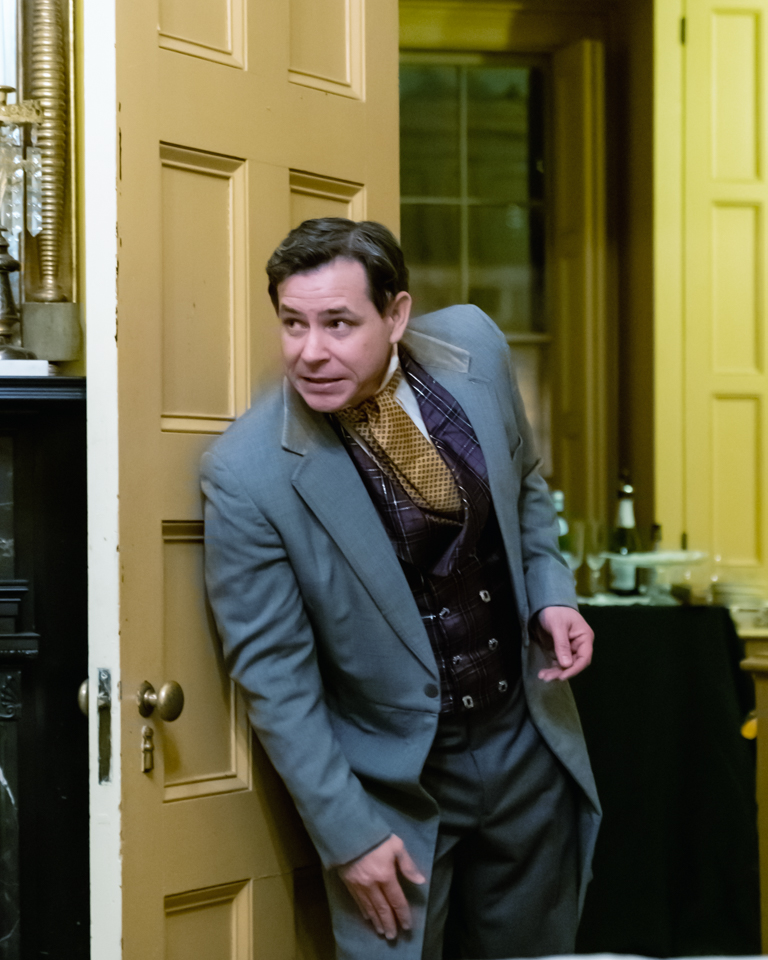 After working as an actor in New York, Schebetta grew tired of the audition process and decided to hone his talents in other facets of theory. He began this process by directing, with a focus on new works. This has been a consistent passion of his throughout his career, which he is able to continue through teaching and mentoring Skidmore’s student playwrights and directors. He later decided to pursue another degree through the Masters of Fine Arts program at Virginia Commonwealth University. Through their pedagogy program, he identified education as a “foundation of ‘good theater,’” which he now pursues as a professor. This program also offered him the opportunity to consider what kind of theater (and theater education) was most powerful in his experience and what he wanted to pursue professionally. In the thesis class incorporated into the program, they explored what constitutes a “collaborative process” and how to create together with other people. It helped renew his passion for theater by once again identifying the uniquely collaborative nature of theater, in contrast to other art forms such as writing or drawing, which he also pursues. This is emphasized at Skidmore, where students are encouraged to work with one another to create the most all-around good work they can, together.

From New York, he moved to Seattle, WA and then Pittsburgh, PA. It was time for a break from theater, which allowed for an exploration of filmmaking and screenwriting. During his time in Seattle and Pittsburgh, Schebetta greatly expanded his professional wheelhouse through work in film. He started writing screenplays, and won a $20,000 grant to create a short film entitled “My Date with Adam.” This was when he truly identified the singular experiences of working in film and theater, and how they compare and contrast with one another. He also did a bit of acting to get to know the arts community, and eventually returned to theater to devise work with students at Bellevue College in the greater Seattle area. There, he developed a show called Seven Minutes to Midnight, and further developed his understanding of and passion for pedagogy in theater and the arts in general. This is a point of connection with Skidmore students, who often have multiple majors, minors, and extracurricular interests. His experience as a multidisciplinary artist and professional makes him accessible and easy to work with, because students know that he understands what it is like to have multiple passions. 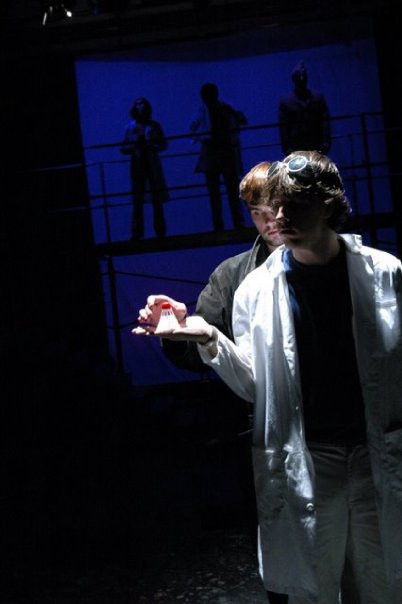 Throughout all of these experiences, collaborative work and pedagogy have been common threads and themes. Schebetta did not know that colleges like Skidmore existed when he was applying for schools, but he suspects he would have applied for one if he had known. He even said that “had [he]… been better at finding out about [colleges], [he] would have been pretty stoked at this place,” when asked if this is a place his younger self could have seen himself being in the future. When he was in his masters program, his thesis included developing a fake school: an environment and more specific curriculum for theatrical pedagogy. Without knowing a lot about liberal arts schools or the East coast, he made up a small liberal arts school in Connecticut that had an interdisciplinary, holistic approach to theater education. He even made up courses that he now realizes reflect the Skidmore Theater Department’s methods, including hands-on collaboration opportunities. When he found Skidmore, he realized that the “type of work [he] wanted to be doing is the type of work that Skidmore already does,” which made it easy for him to talk about throughout the job interview process.

It is exciting to have a professor who is passionate not only about the content being taught here, but about the kind of community Skidmore Theater takes care to create in all their endeavors. One student, Audrey Erickson ‘20, went as far as to say “it is so inspiring and encouraging to work with a professor who has had so many different experiences in the world of theatrical storytelling who has not had to narrow his scope. It makes me excited for my opportunities going into the professional world.”

Throughout his career, Dennis Schebetta has centered his work around new ideas and collaboration. This trend continues in his life as a professor through teaching hands-on classes such as the course that mentors Lab directors, and working with students to further their acting skills. He also develops this theme throughout his work, which currently takes the form of a play called Soldier Song, which focuses on veterans and war culture. It centers around themes of who is going to war, what people are fighting for, and what gets brought back from war. He uses movement and gestures to tell a story that is told in pieces, across age ranges and different historical eras (in this case, defined by wars). This further emphasizes how his identity fits into Skidmore’s community, as it is an interdisciplinary exploration of events that are very real, and uses theater as a tool to make sense of them in the public eye. From writing this show to his classes and other engagements with students, Dennis Schebetta is a Skidmore community member through and through. 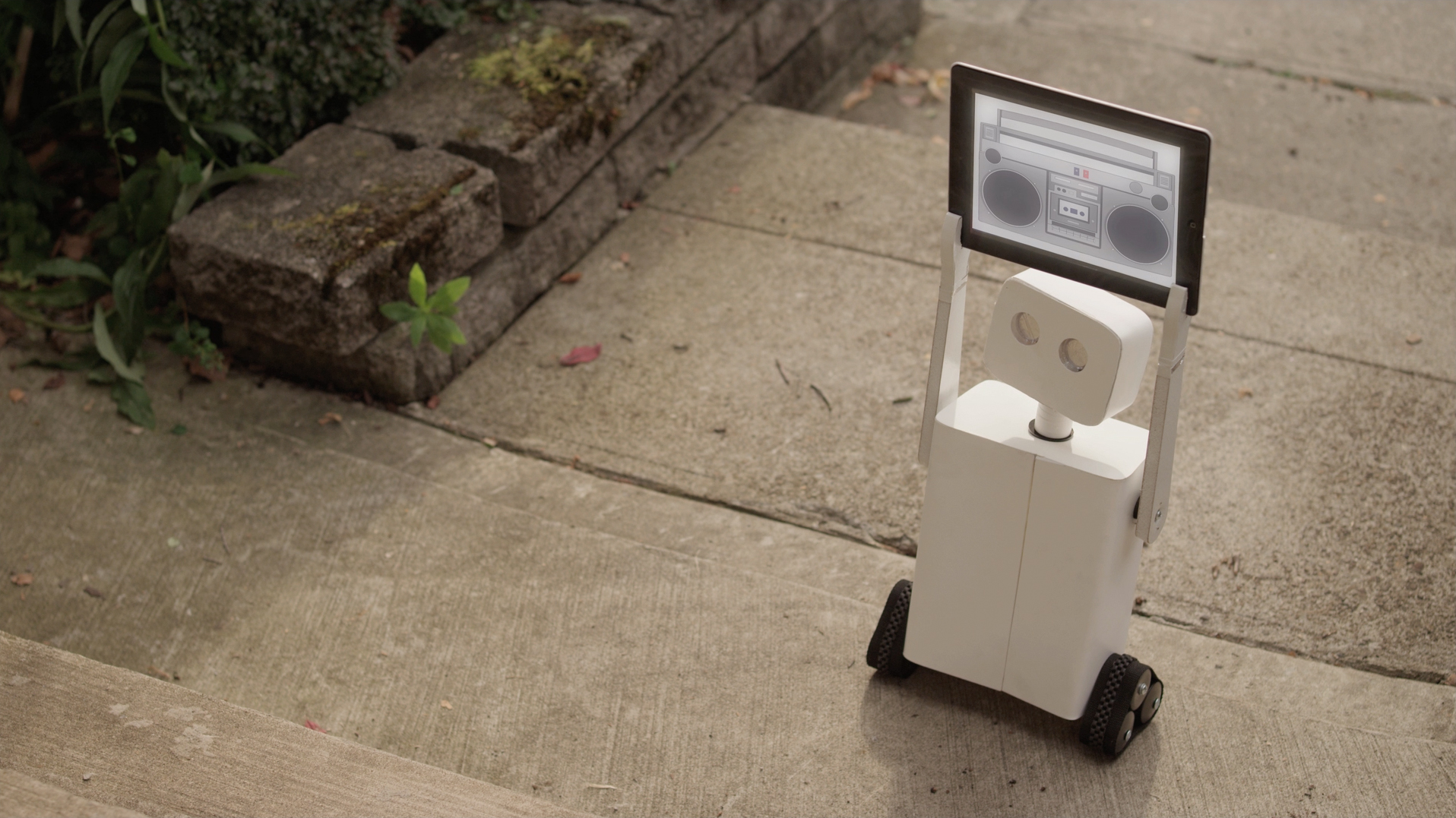 Still from “My Date with Adam.”

Esther Hibbs is a staff writer for the Skidmore Theater Living Newsletter.