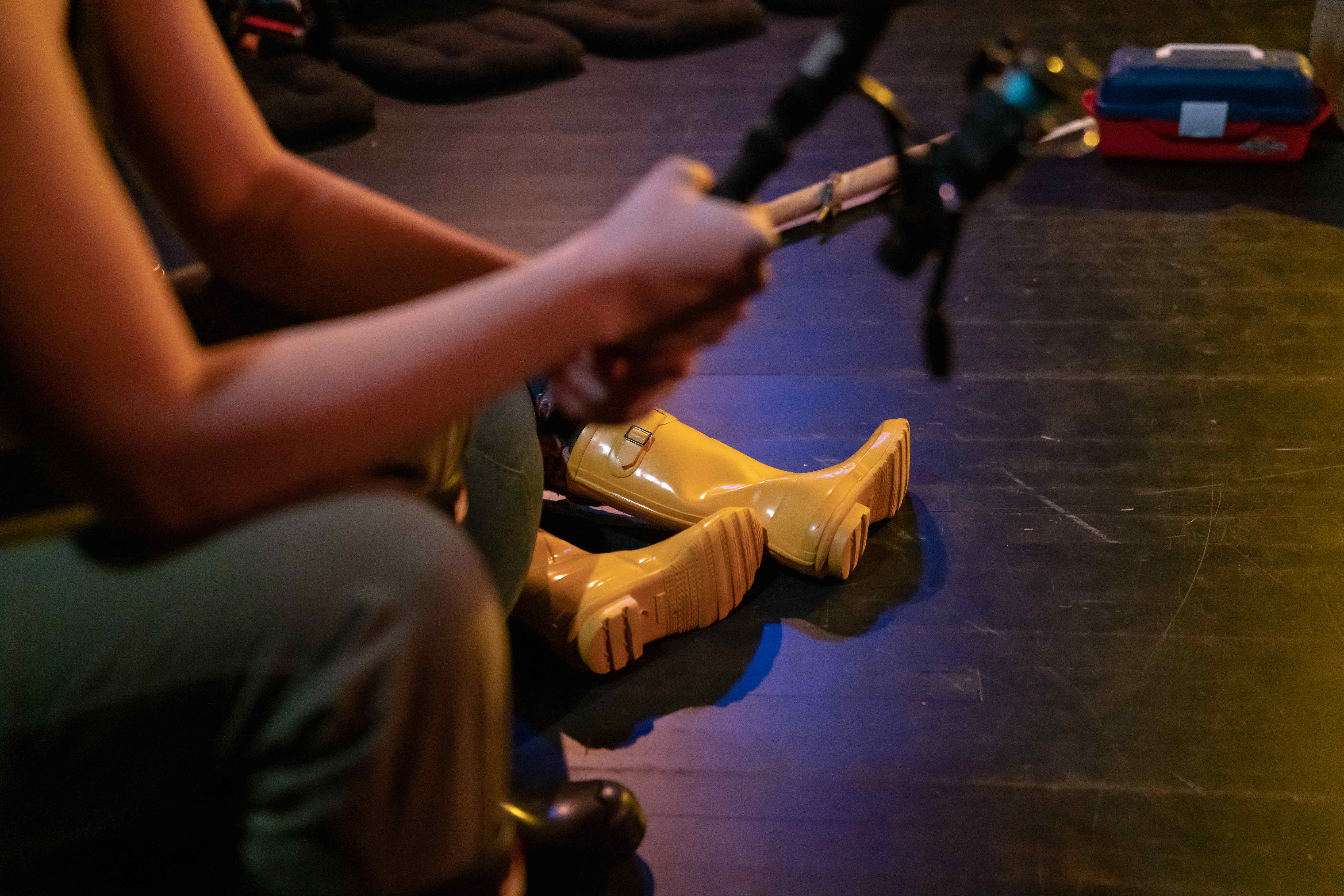 The Gulf, written by Audrey Cefaly and directed by Hannah Gross ‘21, is a dynamic piece that explores and redefines typical theatrical tropes of love and violence.

The play takes place on a small fishing boat and begins with Betty (Becca Rose Schilsky ’20) and Kendra (Liliana Mastroianni ‘22) sitting in close proximity. Kendra sits on top of a bench fishing while Betty is asleep, head on a bench. This decision immediately sets the stage for a power balance that becomes more evident as more of their relationship is revealed throughout the show. It is clear early on that Schilsky’s character is more invested in the relationship. She is continually talking while Mastroianni’s character gives minimal responses, if at all. As the two move throughout the boat, Betty often ends up somewhere where her character maintains lower status, whether it is on the floor of the boat or even with her back facing the audience. It is clear that Kendra holds the power in the space. 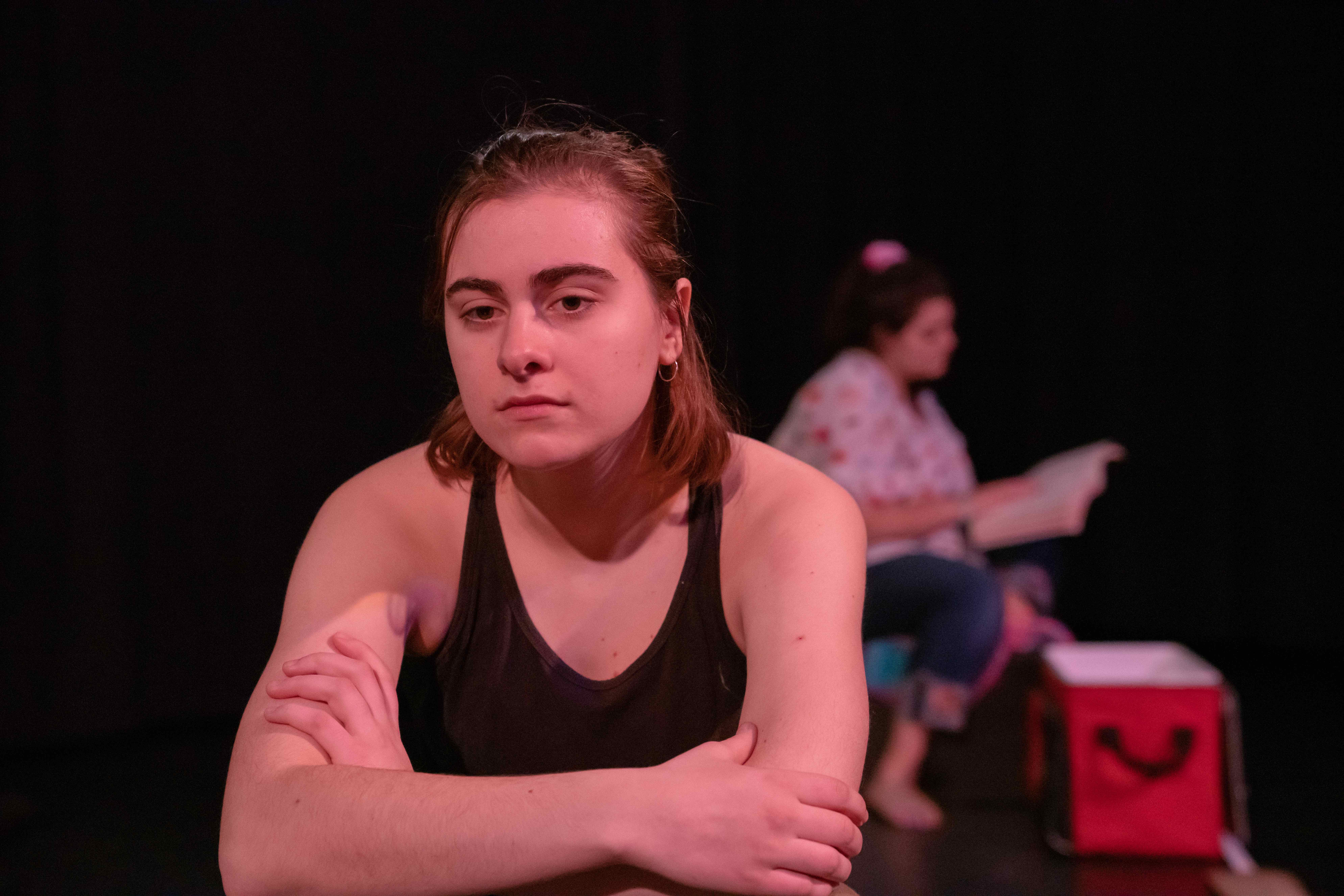 As the play moves on, the audience is introduced to more intimate moments, though there is often more at stake than simply eroticism. Many moments that are intimate between Kendra and Betty often involve some element of teasing, and even hints of violence. There is a moment where Betty and Kendra are getting along and they are within inches of each other–until Kendra is moving her head down Betty’s neck and smells roses. This very intimate and seemingly normal moment quickly becomes the most violent of the play.

Despite a knife being on stage, this is not the weapon of choice for Mastroianni’s character. (Kendra talks about gutting fish, and eventually uses the pocketknife to try and fix the boat.) After learning that Betty had once again been cheating, Kendra throws Betty’s things out the boat, and then throws Betty herself out of the boat. No big deal, right? They are in shallow water after all. Nope! Kendra grabs the oar and uses it to submerge Betty under the water until she stops flailing. Is she alive or is she dead? The audience is not sure for a few moments until Betty rises from the shallows and returns to the boat. The night passes on and the play ends in practically the same image that it began in, with Kendra holding the power. This return to the beginning image creates the sense that this will perhaps continue except now the boat is practically destroyed. It appears the end of their relationship is evident since the mess is now out in the open. 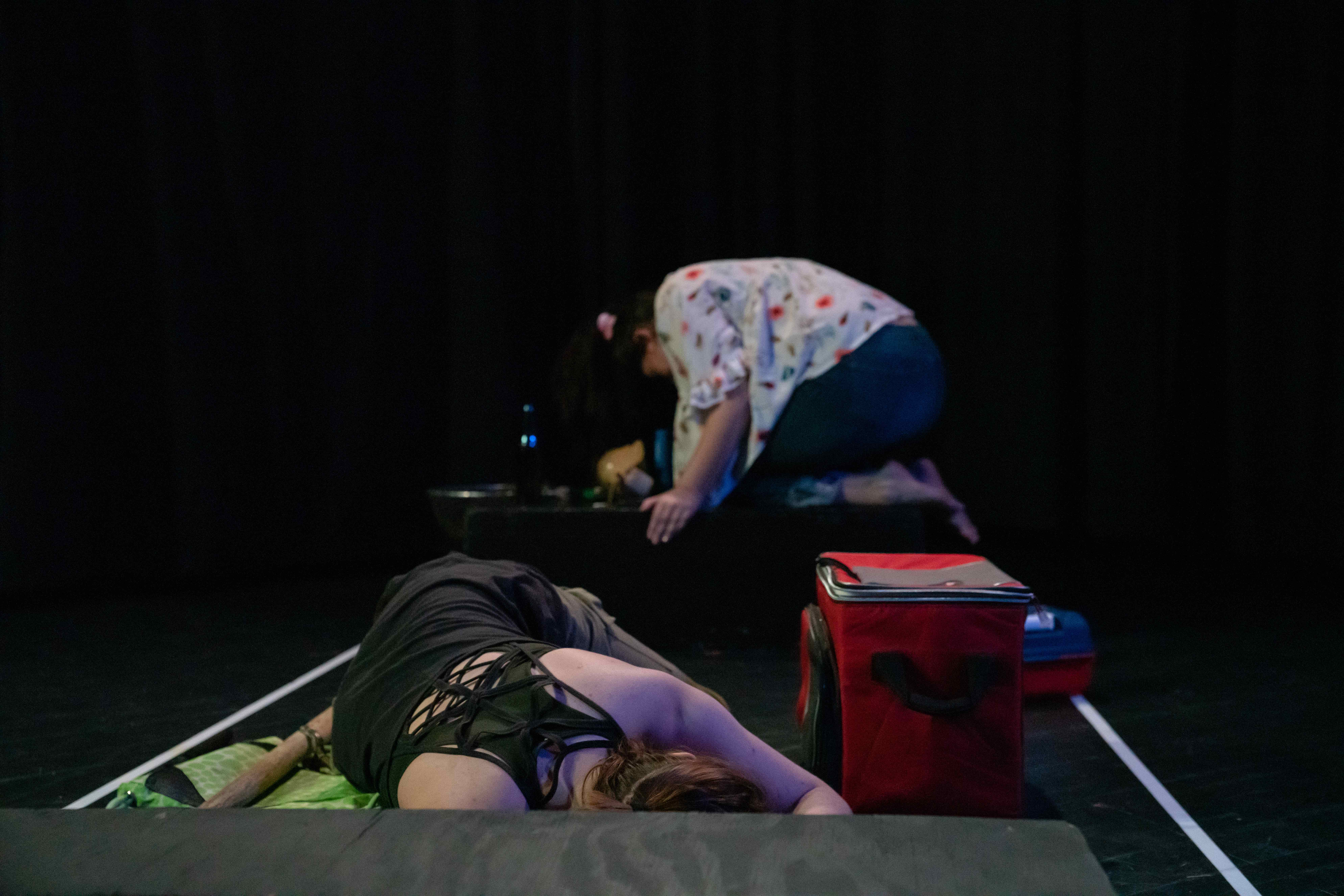 Gross highlights the distance between the two characters with contrasting costume designs. Kendra wears boxer shorts, sports bra, and baggy clothes, versus the flowery clothing that defines Betty’s character. We see Kendra drinking beer and eating spray cheese while Betty drinks cocktails and eats olive tapenade. Throughout the play, these differences only drive the two women apart as they refuse to understand each other’s perspectives. Although they have aired their griefs by the end and restated their love for each other, it is unclear whether they will be able to reconcile the massive gulf that separates their attitudes towards life.

In the end, Hannah Gross explored the themes of love and violence provided to her by Audrey Cefaly through juxtapositions in blocking and costuming. Overall the play was dynamic in everything from sound design (Patrick Carter ‘22) to lighting design (Cassandra Clifford ’21). The play is set to the backdrop of the setting sun off the Alabama coast, and the lighting and sound choices all combine to contextualize the scene beyond the simplicity of the set.  The cast and crew utilized the space and text they were given and truly made a piece of theater that challenged tropes of love and violence. 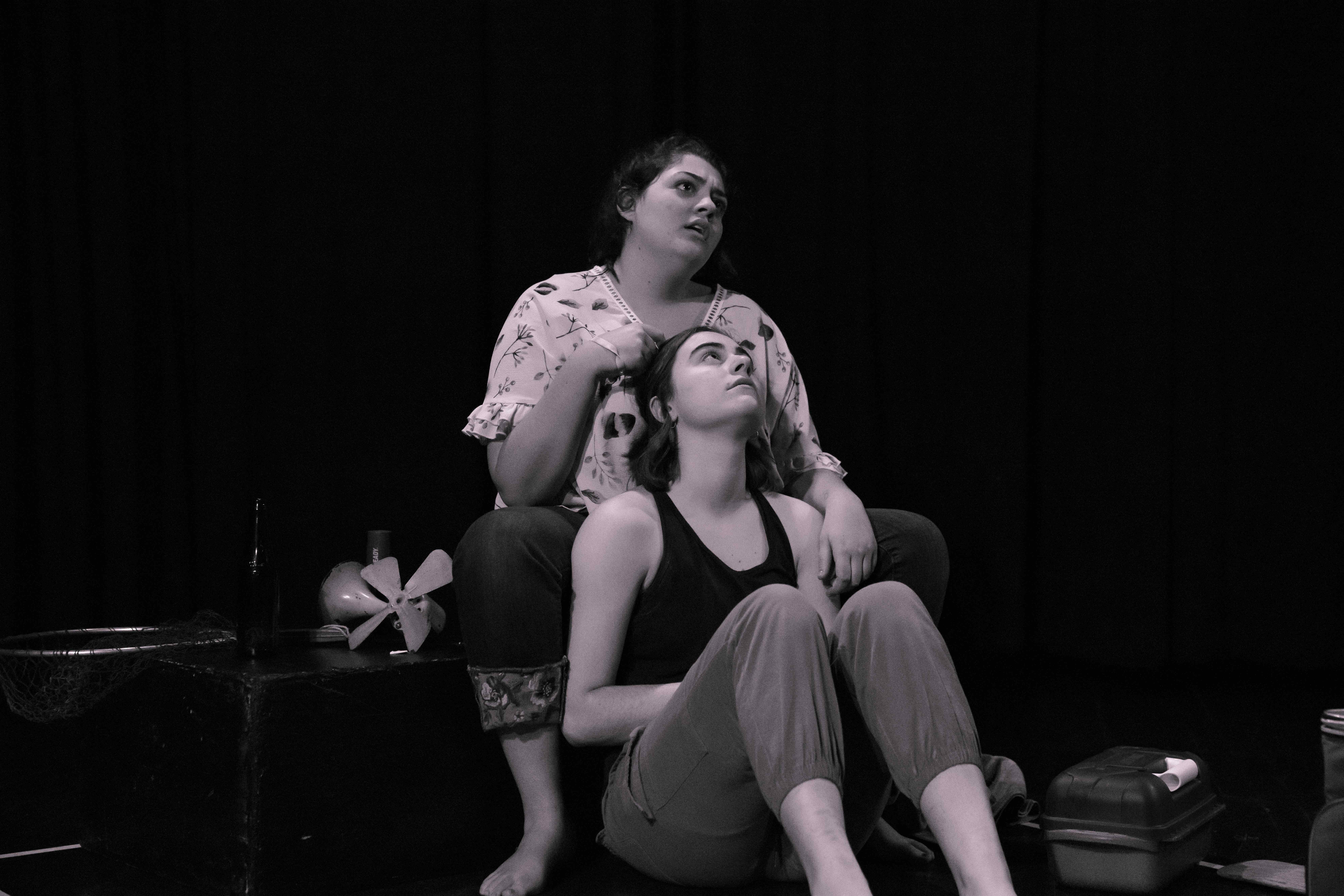 Carrie Baker ’20 is a staff writer for the Skidmore Living Theater Newsletter.