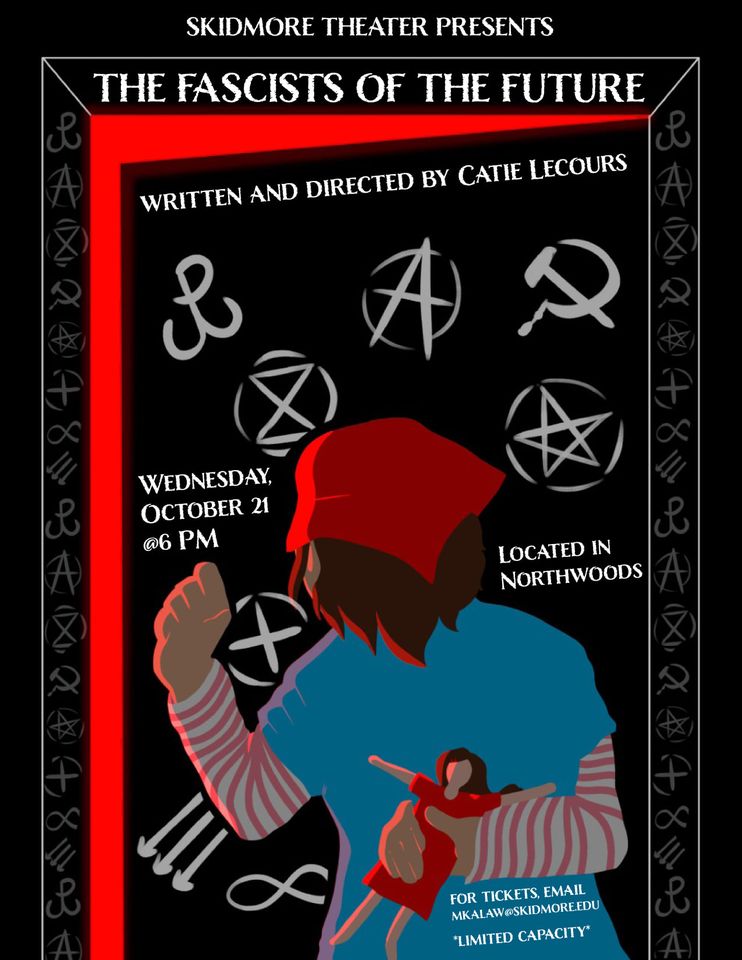 The poster for “The Fascists of the Future” created by Will Carter ’23.

What do flashlights, communist tea parties, Doritos, spontaneous rain storms, Muscle Doge, fairies with guns, and a doll named Frida Kahlo all have in common? If you guessed that they’re all elements of Catie LeCours ‘22’s Playwrights Lab The Fascists of the Future, then you’d be totally correct!

This staged reading was a full experience. On an unusually warm Wednesday in October, audience members congregated at the entrance to the Skidmore Northwoods and Stage Manager Marina Kalaw ‘22 led the group into the forest. Deep in the woods, completely devoid of Skidmore life and light, the reading began. Audience members sat on fallen tree branches while the actors sat on tree stumps in a semicircle. 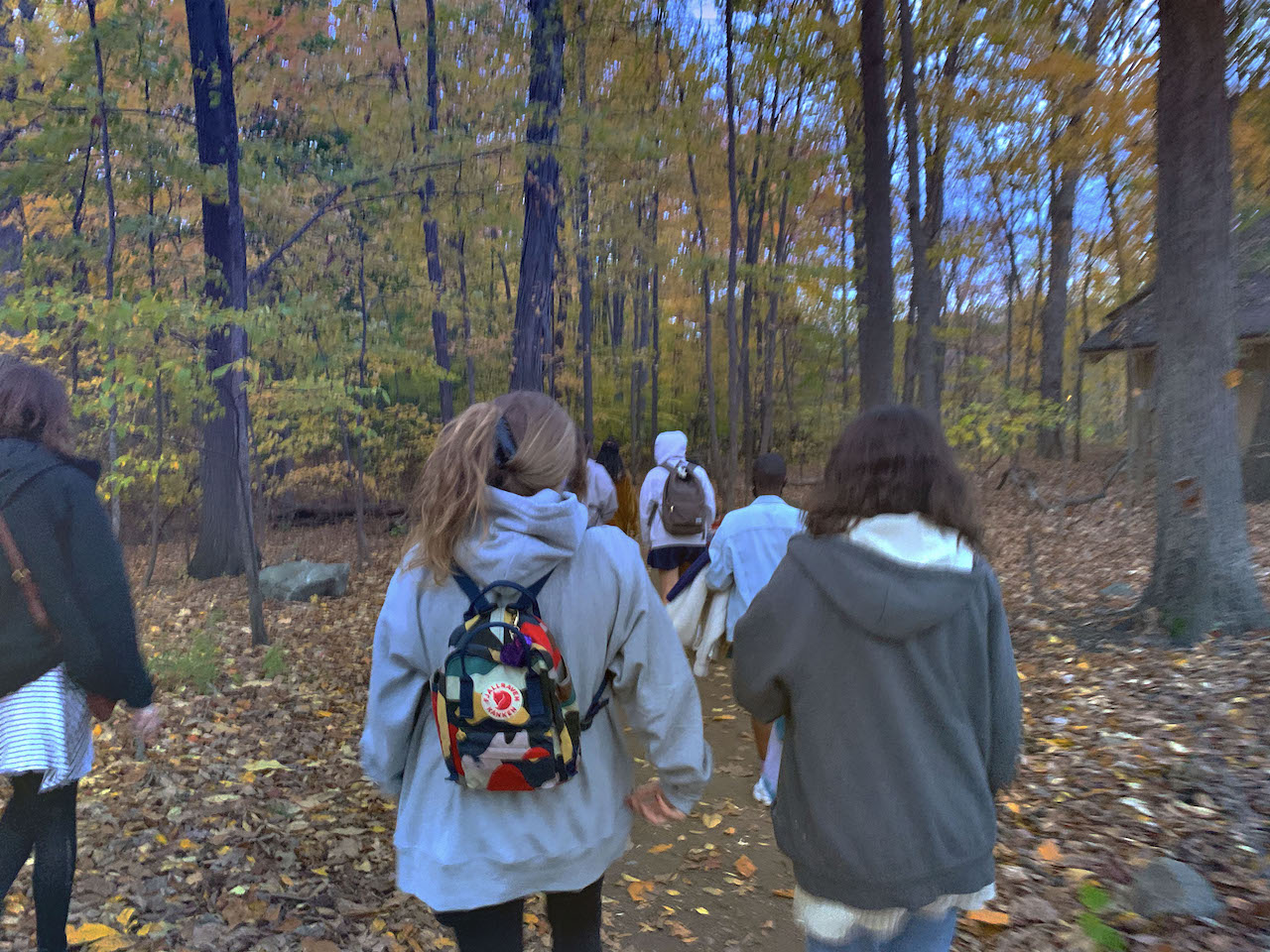 Audience members being led into the Skidmore Northwoods.

The woods provided the perfect setting for this play — the small stage enclosed by tall trees was cozy and magical but when the sun began to set, the threatening energy of the unknown became clear. This dual-energy perfectly fits what I believe are some of the play’s central questions: how can one small person make change when everyone else seems so big and strong? How can we find magic in everyday occurrences and use it to our advantage?

And magic was delivered in abundance at this reading, whether intentional or not. For instance, as described in the stage directions (read by Ayesha Robyn Domingo ’22), certain characters in the play would physically multiply. There was a talking robot voice and the electronic-sound echo of certain characters’ lines, both produced by a computer. There were also many magic moments during the reading that were only made possible by use of site-specific theater. For example, the way in which the drifting fall leaves fell like confetti over the stage, or the way in which the play mentioned rain and then, not even three minutes after the play had ended, rain began to fall. Magic!

The play follows Angelika (pronouns she/they), portrayed by Wynn Lee ‘21, a young vlogger who is just trying to live their life. Their brother Sławomir (pronouns he/him), portrayed by Anthony Nikitopolis ‘21, is essentially the embodiment of a hate comment section on YouTube. He bullies Angelika, saying that they don’t matter, between rounds of the video game Halo. He asserts that — because he is a white, cis, man — he is actually the one oppressed in society and is somehow “not valid” compared to everyone else. Sławomir’s meninist rants were popular with the audience, causing laughs that were both at Sławomir’s expense but also at the uncomfortable fact that some individuals today actually think the way this character does. 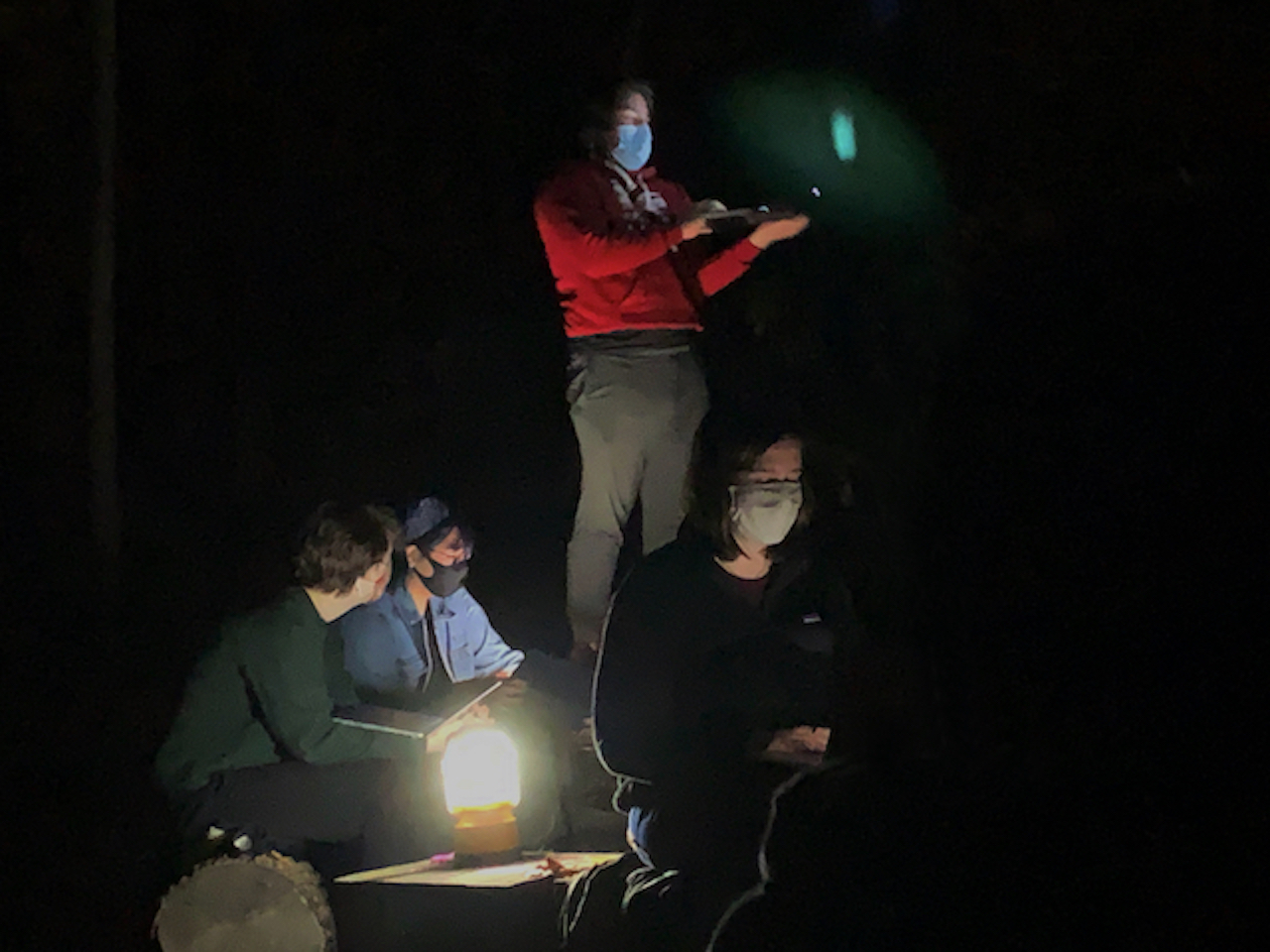 The play in general was charmingly funny in many places, especially popular was the Gen-Z lingo peppered throughout the piece, like when a character would say “iconic” or “this slaps.” There were also moments when the voice of the stage directions would take on a persona of its own, as if LeCours were speaking directly to the audience, telling us their thoughts.

Throughout the piece, Angelika meets many different individuals, making their vlogs along the way. They run into Caoimhe (pronouns she/her), portrayed by Anna Kreschevsky ‘22. Angelika has not seen Caoimhe since her transition. Although Caoimhe may look different to Angelika, the two quickly catch feelings and ultimately have a romantic rendezvous in the end (or “social distance” together as LeCours ingeniously edited in). There is also a fourteen year old fairy named Robin (pronouns they/them), portrayed by PJ Moller ‘24, who carries a bag full of guns and offers some to Angelika, which they do not take. 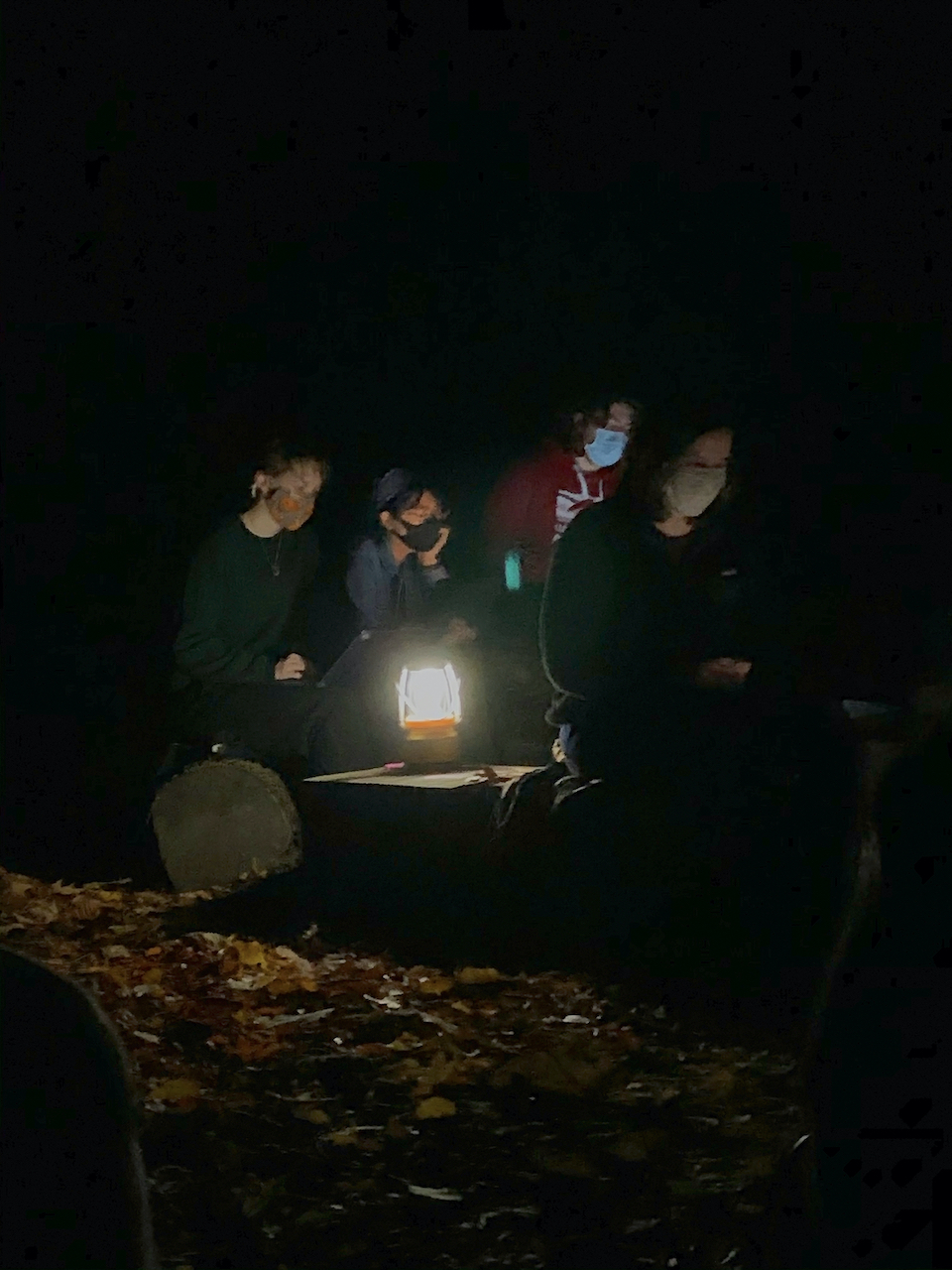 A particularly delightful moment in the reading was the arts and crafts interlude. In an overtly ironic tone, craft scissors and markers were used to replace flags bearing the symbols of far-right and extremist organizations with different symbols. While the flags’ messages were very much adult concepts, this moment in the play evoked a sense of childhood nostalgia and coziness. This was not the only time for child-like whimsy and play in this piece — there was a [communist] tea party scene in which the characters spoke through dolls, as well as a scene where “sensory-friendly fairy lights” were described in the stage directions.

This beautiful, hilarious, tragic, and completely necessary piece of theater was the perfect play to hear at this time. LeCours skill in world-building and storytelling is impressive and I, for one, can’t wait to see what they come up with next.