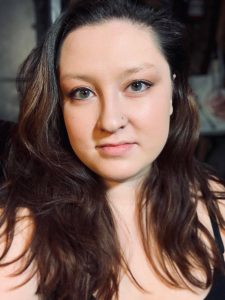 Prior to the opening of this fall’s Black Box show, John Proctor is the Villain, STLN Co-Editor Madeline Munding ‘22 spoke over Zoom with alumni Bianca Thompson ‘19 about her journey from Skidmore student to Intimacy Director, and what it was like coming back to the department in a teaching position.

Madeline Munding: So you were here this past Sunday [Sept. 26th] – How was that?

Bianca Thompson: It was amazing! It was my first time coming back to campus since I graduated in 2019, so it was awesome. It was really good to see people I know from the current senior class, and I got to work with some of them which was great. I also got to meet other amazing actors in the department and new people on the creative team. It was just really amazing; I love that campus.

MM: Was it strange coming back to a teaching position?

BT: It was more exciting than anything else. I had a lot of leadership positions in the Department, especially my senior year, so this felt like kind of a natural extension of a lot of really good training I got during my time as a student. It’s amazing being able to call my former mentors and professors now colleagues and friends.

MM: When you went to Skidmore what sorts of roles did you have in the Theater Department?

BT: I worked primarily as an actor and then also took on some roles as a dance choreographer, fight choreographer, and fight captain for some shows. I did some music composition for shows as well. 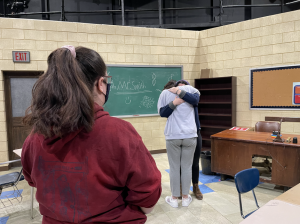 Bianca working with Izzy Maher ’22 and Mary Mackeen ’23 on a staged hug.

MM: How did you get into intimacy training? What was that like for you?

BT: So I became interested in this work when I started training at Skidmore as a combatant. I took Doug Seldon’s stage combat class for a semester, which was amazing. We were training to fight multiple hours a week. I found the art of keeping actors safe on stage while performing these heightened moments super fascinating, and, obviously, that has a lot of overlap with intimacy work. I also served on the sexual health committee as a peer health educator at Skidmore, so sexual health, mental health- that’s all really important to me. A lot of fight choreographers actually double as intimacy choreographers because there’s so much overlap; many of the skills fall into the same sphere, even though there are specific training protocols for each.

So that’s when I became interested in this work, and then I had the opportunity to participate in some moments of stage intimacy at Skidmore, which kind of reinforced my desire to get trained in the work. It’s a growing field and it’s really exciting that theaters are finally starting to recognize the importance of having a trained intimacy professional on sets and in rehearsals. I connected with a friend of mine who’s a working intimacy director in Chicago and I was just like, “where did you get your training?” and she referred me to Theatrical Intimacy Education, which is the organization I’ve been working with to get my training. It was co-founded by Chelsea Pace and Laura Rikard and their faculty is incredible and I’ve been able to do all these amazing training programs with them.

One of the many reasons I love this organization, specifically, is because they’re committed to making this training accessible. Other organizations/programs that train people for this work place financial barriers in the way of the training. The whole certification idea is a little gatekeep-y, and not everyone is able to access that kind of expensive training. So this place does their very best to make the training accessible and their faculty is unreal; that’s how I’m coming into this work. 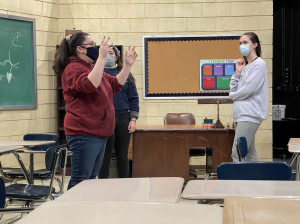 MM: In John Proctor is the Villain there are some pretty intense scenes, especially between Lee and Raelynn. How did you approach that in the room?

BT: All my work is consent-based and trauma-informed. We start with boundary practice so that the actors working together can very meticulously check in with their own boundaries and share those boundaries with their scene partner. That way there is no ambiguity as to where each partner has permission to touch the other that day. I say “that day” because boundaries are fluid and can change at any time. Once you do boundary practice, we’re able to work in a way where we don’t have to ask every second “is this okay?”

Once everyone is on the same page we can start to get to work, but we also have another tool which is called Button; a self-care cue that anyone can call at any time if they need to stop, if they need to clarify a boundary, if they want to update a boundary that they didn’t think was a boundary but all of a sudden they’re like, “I don’t wanna do that.” We stop and take a look at that again. I give the actors these tools so there’s always a way to give space to whatever their needs are. That’s how I kind of set up.

In terms of the choreography, we go in and really specifically work on how every single moment of that scene is going to go down. From how long a moment of contact is going to happen to the specific destination of someone’s hand and what kind of pressure is going to be used there, we work through each individual moment slowly. We go through all these repeatedly so that it’s the same every time, and so that the actors are able to give each other cues within the choreography that let each other know that they’re on the same page.

MM: That’s so amazing. I think it’s definitely something that’s really important to have, especially in the theater because the audience is also reacting to it. To have that confidence while working, and doing it appropriately is so important for both the cast and audience’s feelings of safety. 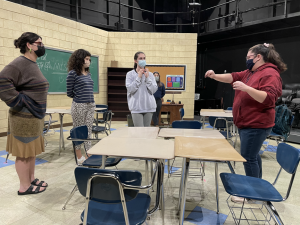 BT: Definitely! I love that you used the word “confidence” because one of my goals in the room is to create choreography that is repeatable, and that the actors can feel super secure and confident doing it multiple times a week. It’s choreography that adheres to their boundaries, whatever their boundaries may be. The reason why I love getting this training is that it’s my job to be able to work with the boundaries actors come in with. Your boundaries are perfect where they are. I’m an advocate for the actors to make sure they’re not doing anything they don’t want to be doing. Also, it’s my job to work with the director to make sure we can tell the story that the play is asking for while also adhering to the actors’ boundaries. It’s all this big collaboration to make sure everyone feels confident in the work they’re going to do. It’s also totally fine to adjust things over time if those boundaries change, so that’s part of my job as well.

MM: With the pandemic and everything moving on Zoom, did that change your job at all? Were there any difficulties with that?

BT: I started training as an Intimacy Choreographer during the pandemic, so I haven’t had to do any Zoom choreography yet. But, I’ve trained with people who have, so I got a little information on the way you can stage things a little more interestingly and less clunkily online. So far I’ve just been working in person and following whatever safety protocols are in place for that specific team. For this production, we are still unsure whether the actors are masked or not. That’s still up in the air as of right now. We are now working under the assumption that they are, using a placeholder for moments where there needs to be mouth-to-mouth contact in the script. Hopefully, in the future, we’ll be able to work on the real thing. If not I have to come up with a plan B for that, that still tells the story the script is asking for while being able to work within COVID safety protocols.

If you are interested in learning more, please go to www.biancalegardathompson.com and https://www.theatricalintimacyed.com/