In 1926, radium was a miracle cure, Madame Curie an international celebrity, and luminous watches the latest rage—until the girls who painted them began to fall ill with a mysterious disease. Inspired by a true story, Radium Girls traces the efforts of Grace Fryer, a dial painter, as she fights for her day in court. Her chief adversary is her former employer, Arthur Roeder, an idealistic man who cannot bring himself to believe that the same element that shrinks tumors could have anything to do with the terrifying rash of illnesses among his employees. As the case goes on, however, Grace finds herself battling not just with the U.S. Radium Corporation, but with her own family and friends, who fear that her campaign for justice will backfire. A historic moment that is often forgotten, Marzalek-Kelly’s glamorous and glowing production draws attention to the women of this moment.

Written with warmth and humor, Radium Girls is a fast-moving, highly theatrical ensemble piece. Called a “powerful” and “engrossing” drama by critics, Radium Girls offers a wry, unflinching look at the peculiarly American obsessions with health, wealth, and the commercialization of science. 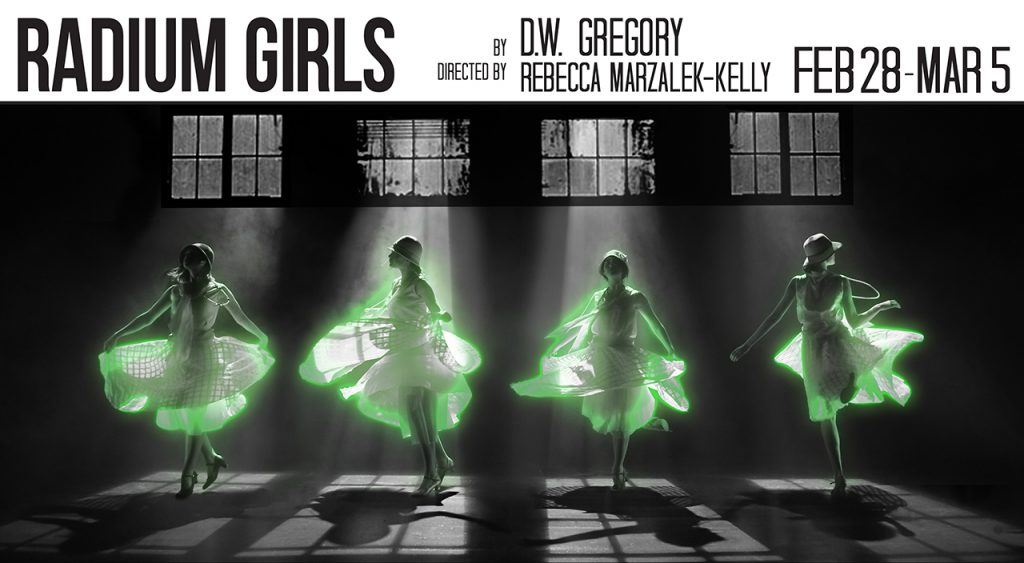 Produced by special arrangement with THE DRAMATIC PUBLISHING COMPANY of Woodstock, Illinois

Tickets are not availabile at this time

"Radium Girls" is a dramatization of a tragic historical event. Meg Gray '22 examines how this play captures what happens when labor rights, scientific breakthroughs, and patriarchal institutions collide.
Read More

Glow Time: Researching and Creating the World of Radium Girls

Joe Newman-Getzler walks us through the dramaturgy and historical research that has gone into the Spring Mainstage, "Radium Girls" directed by Rebecca Marzalek-Kelly.
Read More
read all