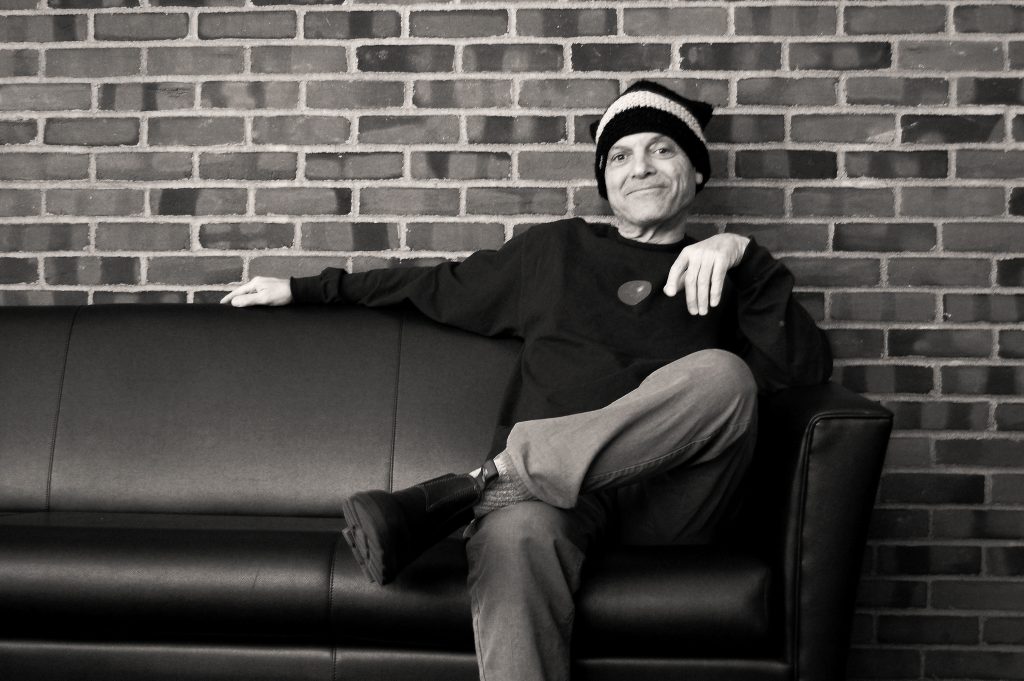 This semester is not guest director Phil Soltanoff‘s first time in the Skidmore Theater Department. He first showed up on the Skid scene as a Senior Artist-in-Residence in 1984. Soltanoff taught classes like Advanced Directing, Intermediate Acting, and Introduction to Acting. He stayed in this position with the department for over 19 years until leaving in 2003 to pursue professional commitments. During his time here he directed everything from Arthur Miller to Shakespeare.

In addition to teaching at Skidmore College, Soltanoff has taught at Manhattanville College in NYC and worked as a Workshop Director for the Williamstown Theater Festival for 17 years. Not only does Soltanoff direct and teach, but he creates theater and live art. His more recent productions include An Evening with William Shatner Asterisk, which has performed at Coil Festival (NYC), Fusebox Festival (Austin), PuSh Festival (Vancouver) and Mass Live Arts (Great Barrington). This particular work has even been covered by the New York Times in 2014. His other works, including Plan B, in collaboration with CIE 111 of Toulouse, France, and More or Less, Infinity have performed in venues around the globe. He has been nominated for a Moliere Award and a Henry Hewes Design Award, and he and Hanne Tierney received an OBIE award in 2000.¹ 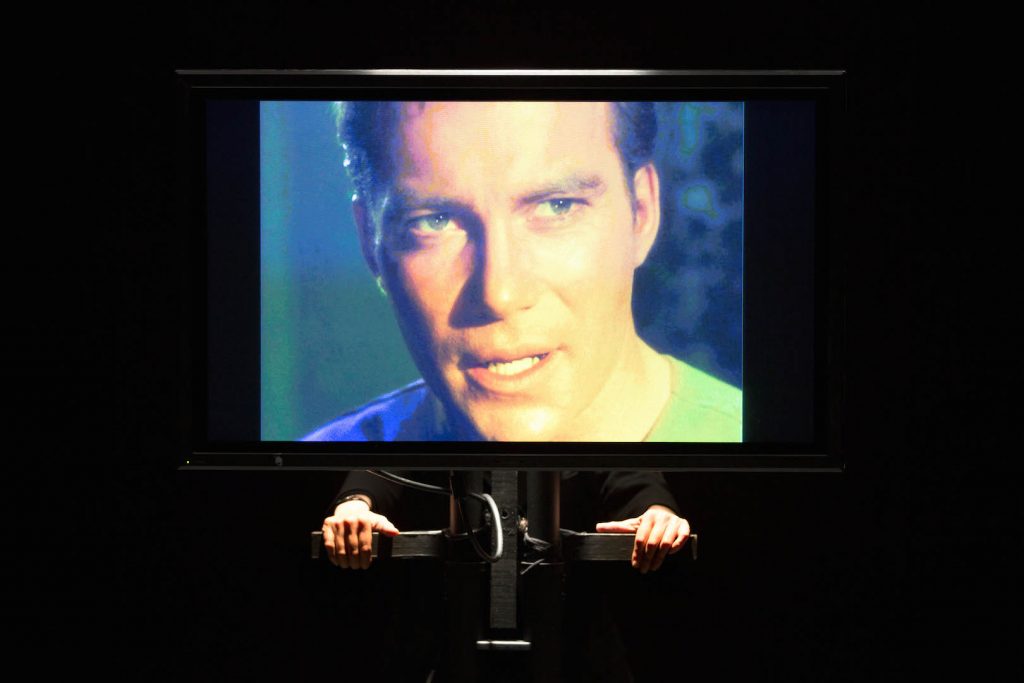 Photo from An Evening with William Shatner Asterisk, a theater-video project by Phil Soltanoff.

Despite his international acclaim, most recently, Soltanoff returned to Skidmore Theater in the Fall of 2015 to direct Thornton Wilder’s classic, Our Town. Though Soltanoff usually has a strong focus on video in his projects, this semester’s production of Balm in Gilead will be largely focused on music. Soltanoff describes his current production as a “rock concert.” I had the chance to sit down with Soltanoff this weekend who proudly declared, “Music plays a huge role in the show. I think of the show as part rock concert part play. I mean the volume of a rock concert—a hundred decibel sound. I don’t mean like as a backdrop to the show.” Despite the cinematic masterpiece that was Our Town‘s video backdrop of the 1989 Lincoln Center production, it seems that Balm in Gilead‘s impact will be in its aural presence just as much as its visual one. 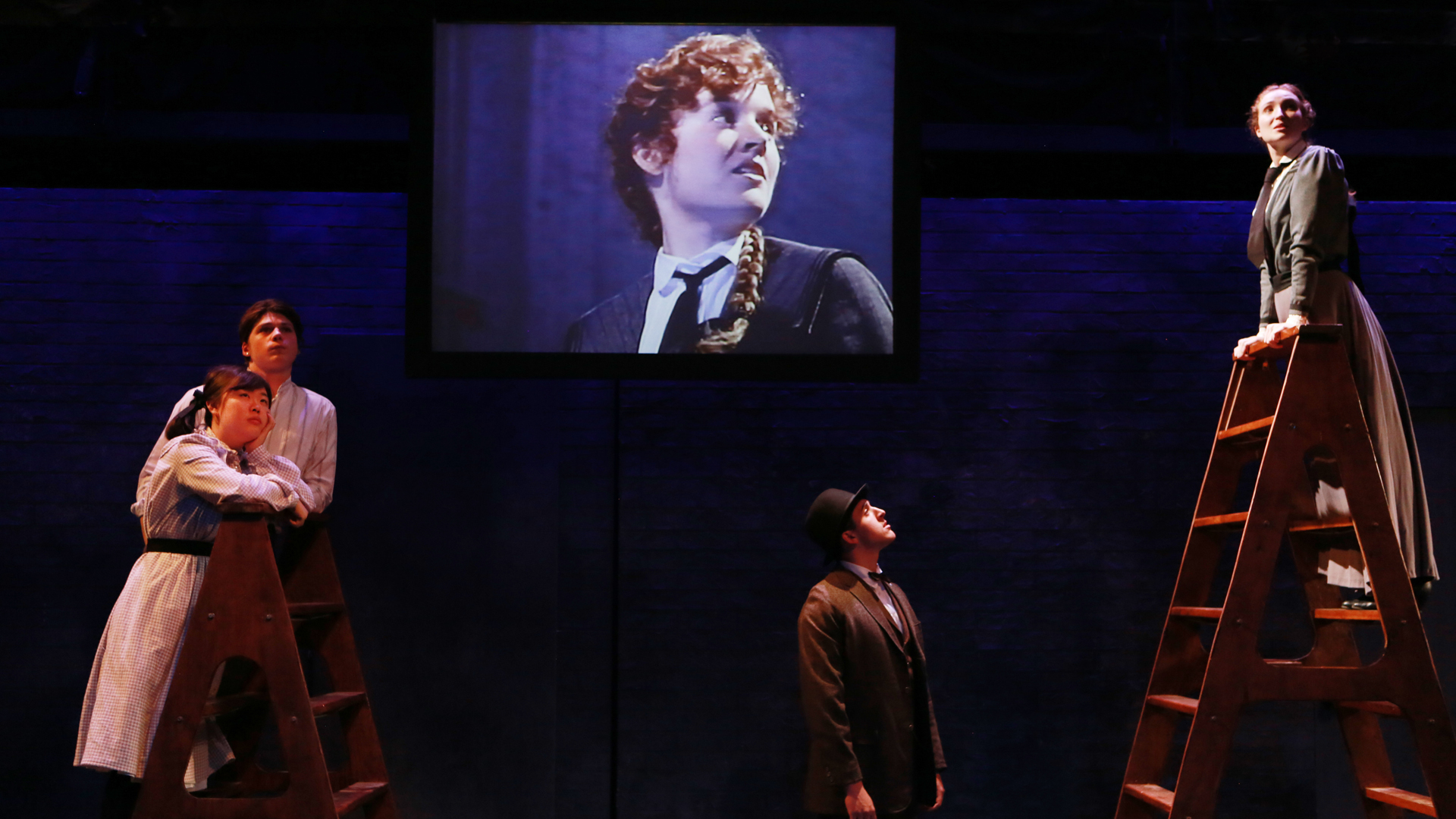 Soltanoff’s risk-taking nature draws him to the chaos of shows such as Balm in Gilead. Although in the interview Soltanoff admits that the play chose him as much as he chose the show, he can’t help but be drawn to the chaotic nature. Soltanoff says, “Gary and I spoke and he wanted me to do the Mainstage show. I’m sort of dedicated to these video projects, like Our Town, but that wasn’t going to work on the Mainstage. [Gary] wanted to do a large cast show and Balm in Gilead happened to be on my desk at the time.” Perhaps by fate, Soltanoff found himself directing the largest cast with which he has worked in the past ten years. He says, “This is something I haven’t done in a long time, I’m going to do that.”

Soltanoff is undeniably drawn to the setting of Balm in Gilead as well. While Balm takes place mostly inside a diner, what’s going on outside may arguably be just as important to both this particular production and its director. Soltanoff admits, “I first moved to New York in the late 70s, where the play is set, in this neighborhood that they’re talking about.” Because of this, Soltanoff has made the decision to set the show in the 70’s instead of the 60’s, as it was originally written. The play is set on Broadway and 72nd St., right next to Needle Park, and Soltanoff lived close by at Riverside Dr. and 93rd St. He recalls encountering people on the street who resembled many of the characters in the play. Soltanoff goes on to add, “by the time I moved [to the Upper West Side], these characters had moved just a bit up-town. So I had Lanford Wilson’s fascination with these kind of junkies and pimps.”

The setting seems to be as specific and interesting as the man himself, and that leads one to ask, what makes this particular production of Balm in Gilead a Phil Soltanoff production? Soltanoff had the answer; “Well I always approach every project the exact same way, actually, which is to make the most compelling piece of theater I could possibly make. In the amount of time I have, and with the people I have, and with the amount of resources I have. If it’s 5 minutes in an elevator with two people I’m going to approach it the same way as a project I did in France where the set budget was three quarters of a million dollars. And ya know? I went about those two projects the exact same way. It has that in common, and I think that’s what gives it a signature Phil piece. I mean my work goes all over the place, I’m not even used to working with language. A piece I have touring right now Plan B is about an hour and ten minutes long. There are no words at all. And it takes place in a completely abstract landscape. Just a square plane that moves up and down. So it has nothing in common with Balm in Gilead except the fact that, ‘Ok, how do I make this compelling?’ To me the cardinal sin in theater is to look at something and have it be boring.” 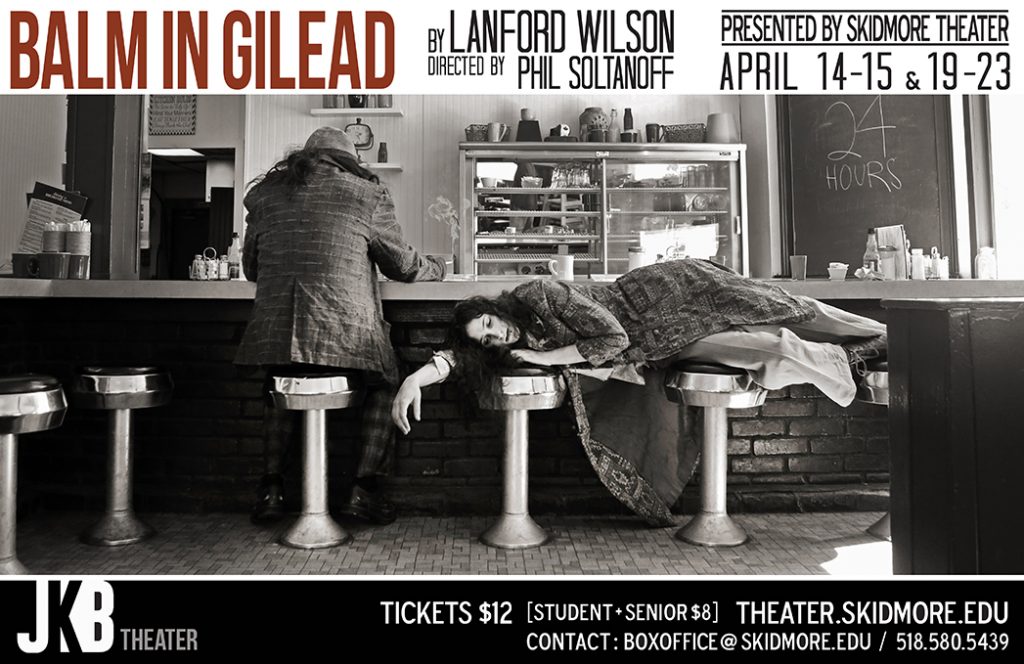 In my final moments with Phil Soltanoff, I was able to ask him a question regarding what audiences should expect when seeing Balm in Gilead. Without hesitating, Soltanoff told me, “There’s going to be plenty of smoke. And I don’t mean stage smoke, like fog, I mean cigarettes. I don’t really want [the audience] to know anything. It’s just a diner and hopefully the action spills out in a way that is over the top. I’ve certainly felt that way watching it. It’s like entering a Hieronymus Bosch painting, that Dutch artist, with all the figures and people being stabbed by the devil and other people. The trick here, and what I’m trying to do, is look at chaos and be able to enter it in a relaxed fashion. The details of the behavior have to be worked out, and then you put that all in place, and the music acts as a kind of way to allow you to see it. If that makes any sense…”

¹ Information can be found from LinkedIn profile: https://www.linkedin.com/in/phil-soltanoff-b273aa9

Balm in Gilead runs on the JKB Mainstage from Friday April 14th-Saturday April 15th, and Wednesday April 19th-Sunday April 23rd. All performances are at 8:00pm except for Saturday the 22nd at 7:00pm and Sunday matinee at 2:00pm. For ticketing information, click here.

This conversation has been edited and condensed.