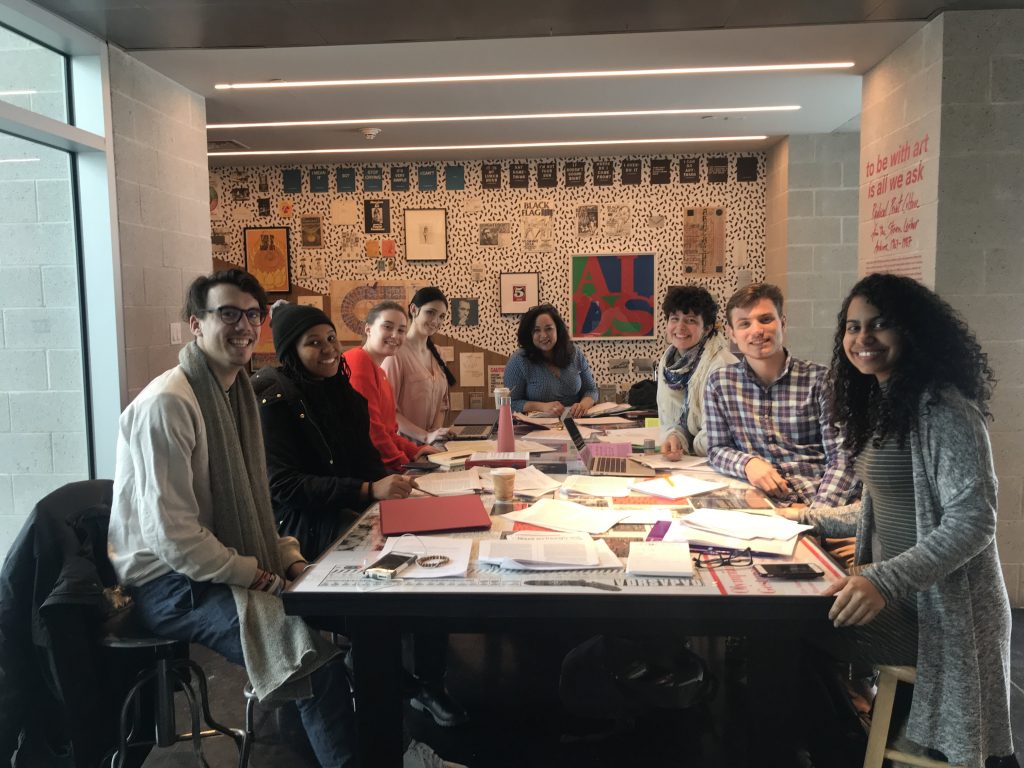 This past week Professor Eunice Ferreira’s 300-level Translation and Performance class had the incredible opportunity to present their semester long research and work in the form of staged readings at the JKB in an event sponsored by the Academic Festival. The goal of this course was to creatively engage students in broader questions of linguistics and cultural transmission by focusing on the challenge of translating, for the stage in particular. The eight students completed independent translation projects of transforming a foreign dramatic text into English. In addition to their final translations, through the duration of their semester with Prof. Ferreira, the class also read and discussed various texts in translation studies covering topics such as cross-cultural transmission, theory, adaption for the stage, gender in translation, and postcolonial approaches to translation.

The class met weekly on Friday mornings at the Tang Teaching Museum, and sought to answer the call as artists and scholars to apply translation theory in practice and performance through the translation of foreign plays into English. During the readings, audiences witnessed the English language premiere of eight ten-minute excerpts of translations from playwrights from Mexico, Angola, Cape Verde, Brazil, Portugal, France, Swaziland, Germany, Russia, Guatemala and Algeria. 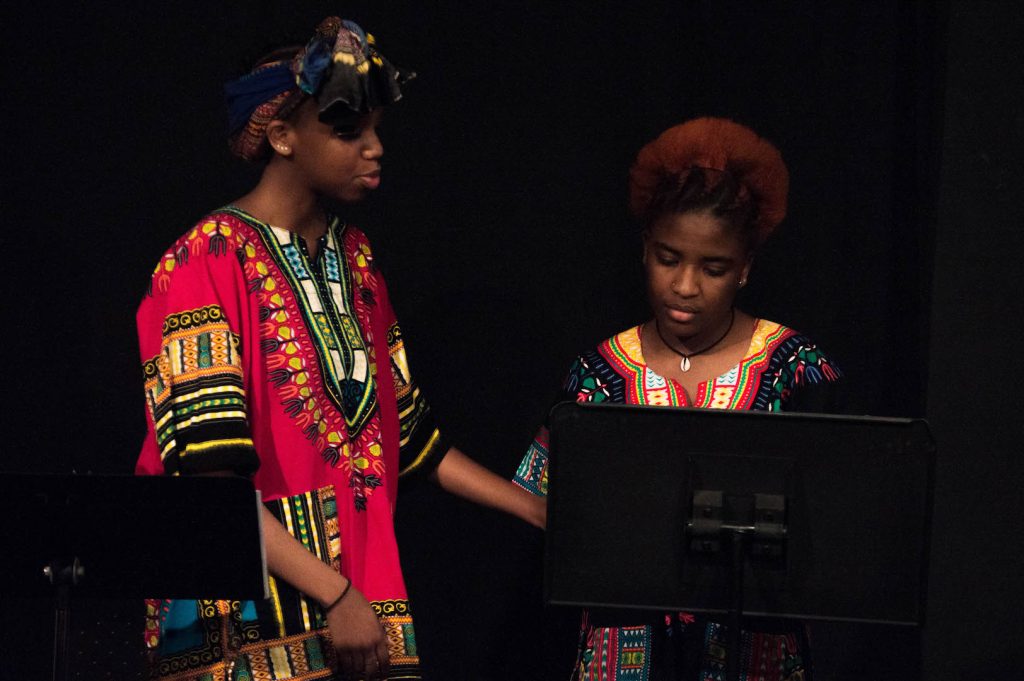 Prof. Ferreira says that she “designed this course to creatively engage students in broader questions of linguistic and cultural transmission by focusing on the challenges of translating for the stage.” She goes on to admit that, “Throughout the course we were challenged to examine the act of translation and the role of the translator from a variety of perspectives. In our weekly sessions we discussed theory, practical applications to the stage, engaged in workshop exercises and shared personal journeys related to translation and cross-cultural experiences.” Ferreira ultimately reveals, however, that “each translator embraced the intellectual and creative act of this process, adopting different approaches to translation. Some chose close fidelity to the original source language and structure while others took a more adaptive approach, seeking ways to allow the source language to infuse the English text. In some cases, working with the actors provided the translator with a means to explore translation through performance and linguistic embodiment.” 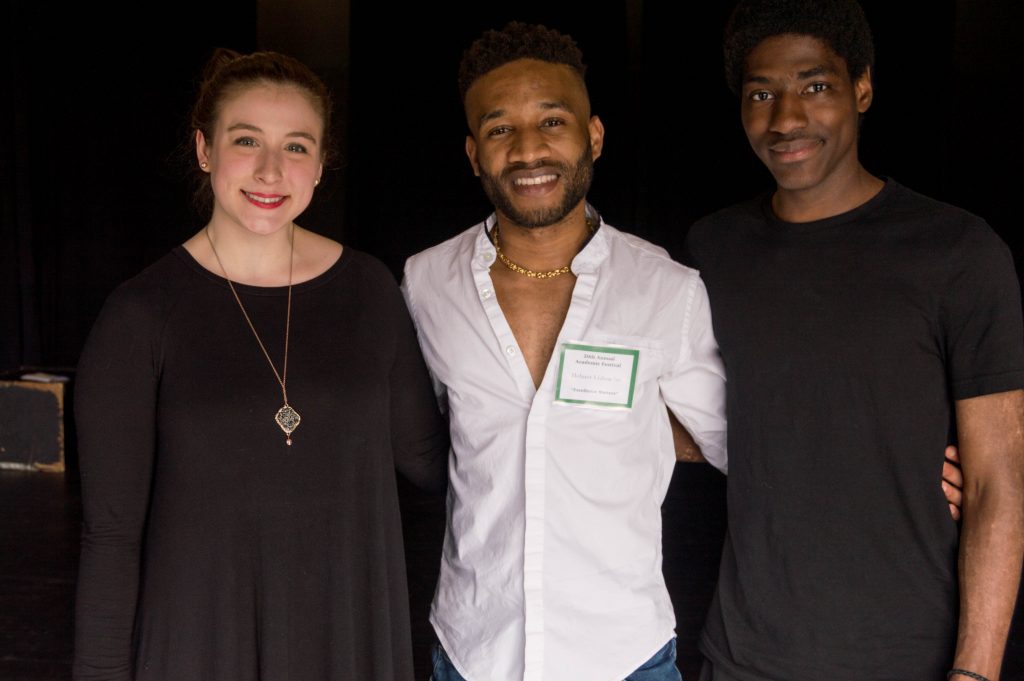 It was undeniably clear through various department emails and her gushing grin that Ferreira was incredibly proud of the work her students had conducted. Even in her program note, Ferreira brags, “It has been a pleasure to work with such a wonderful group of young scholar artists. Thank you also to my supportive colleagues in various departments and to the wonderful translation mentors. We hope to shine a light from Skidmore this afternoon on another group of playwrights and world theater practices.”

But it wasn’t only Ferreira who felt the impact of the project. I took some time to ask her students to reflect on their time in the class and give me a bit more insight into what really went on Friday mornings at the Tang. Sophomore Jamin Garcia ’20 said, “As a Spanish speaker, I had an entire array of plays I could choose to translate into English. However, I was going to a service trip in Guatemala through Skidmore and was placed in a class that taught me the historical context and contemporary news about the country. It was not the easiest thing to find a play from Guatemala since the theater culture is not as extensive as other countries because of political circumstances. But when Eunice connected me with a theater artist from Guatemala, she sent me an anthology of one-act plays written by young playwrights. I chose Blackout by Christian Molina because I fell in love with the message of the play. Blackout is a play about a blind girl and raises questions about inclusion in the theater and who the roles are meant for.” 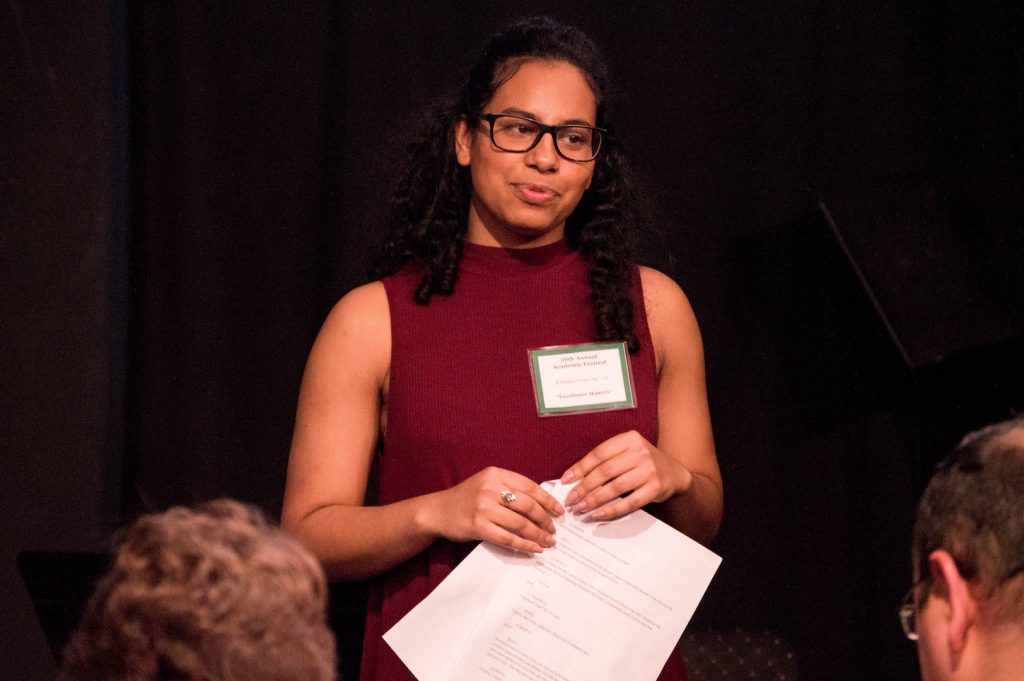 She went on to say that, “Even though this project was very time consuming and difficult, it was an honor to translate a contemporary play from Guatemala since not many plays from there are translated. As I was translating it, I didn’t understand the need of performance because I thought all I needed was my knowledge of English and Spanish. As soon as actors began to visit the class and read our works, I understood how the translation can sound and feel weird as someone performs it. It might’ve made sense when the translator wrote the phrase down, but as soon as it’s spoken and performed, it can naturally feel strange.”

I also had the chance to ask first year Siye Dlamini ’21 what it was like to take her translated text from page to stage, to which she replied, Taking it from page to stage was exciting because I got to see it come life. The actors brought their own interpretations of it and they helped me see what works and what doesn’t work on stage. I got to see that having someone else read your work is very crucial when it comes to translation. And that was very intriguing to witness.” 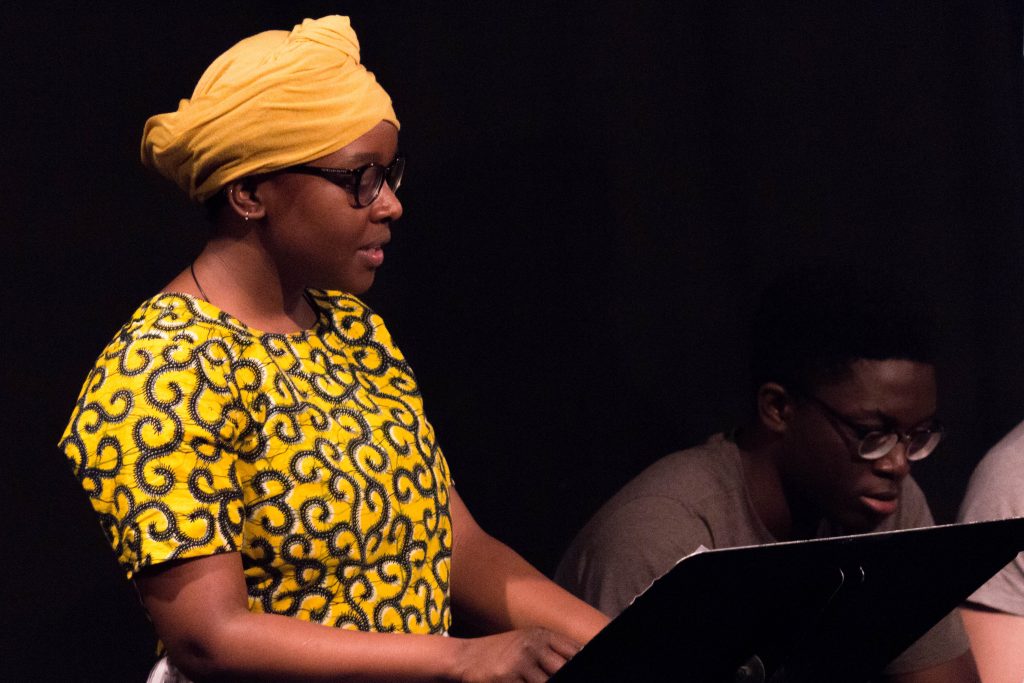 It was interesting to hear from both students who translated from their native language and students who were translating texts from their second or third language. Notably, Annabelle Vaes ’19 told me about what it was like to translate a piece into German, her third language! When dealing with German, Vaes admits, “I wanted to say as true to the text as possible, so that often presented challenges when the English equivalent of a word did not fit. There were so many slang words and expressions that made perfect sense in German but there were no English equivalent. That was frustrating when I loved the word in German because it perfectly described the feeling that the phrase was trying to convey. My playwright was trying to capture drunken speech patterns with repetition of words and so on, which would sound choppy in English to people who do not know the context of the play.” Luckily, Vaes adds, “This is where the actors can come in to help convey the text to the audience. I was so grateful to be able to workshop my work with actors because they showed me where the problem spots were but were also able to bring the text and translation I had written to life and make it sound natural to the ear.” 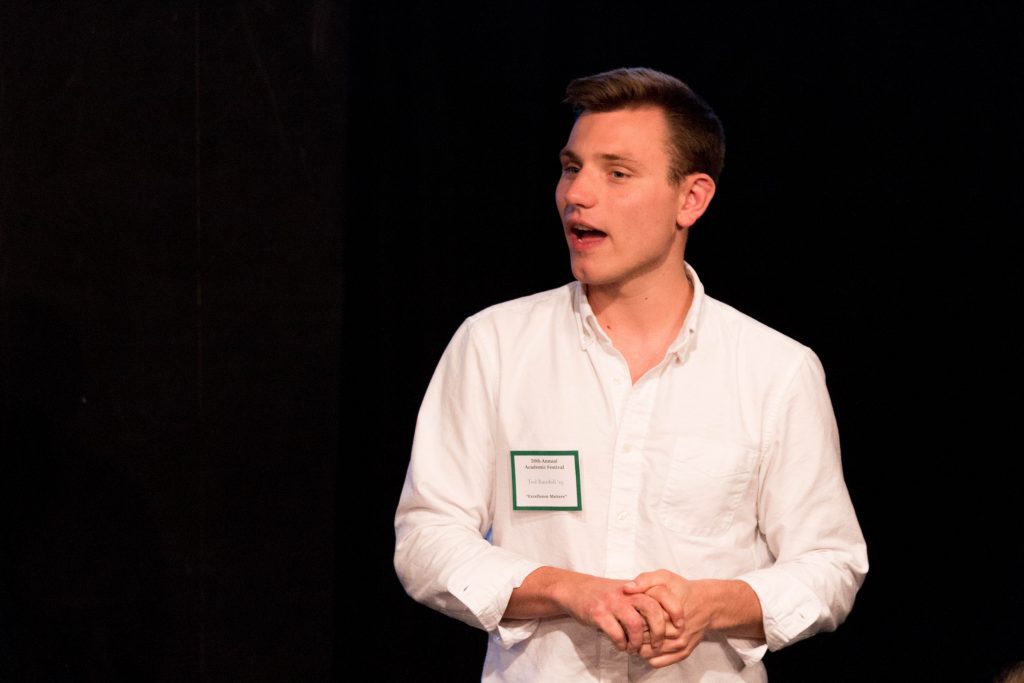 Another student who found himself translating in a language that was not his first was junior Ted Randell ’19. He said that, “Diving into a foreign text without any experience in translation or playwriting, and the element of uncertainty as to whether or not the play would work for an American audience is a daunting task.” But he says, “I wanted to challenge myself and go beyond my own borders of comfort to reflect what I see as the main goal of translation: sharing stories and beliefs across cultures, through the tools that language provides.” Randell also adds that he was surprised, saying, “I almost took issue with the idea of needing to cater to an American audience. As if it was their fault for not understanding the language and culture of the home country. I knew this was, of course unfair, having no personal claim to fully understanding the region or culture I was translating from. But, I think the sentiment was valid and I was feeling a lesser form of the frustration of many, many translators before me who struggle to adapt.”

“However,” he says, “In the end, I felt that my play provided me with an immense amount of enjoyment and challenges, but that it did not transfer to the stage as I had hoped. The course provided me with a fair amount of knowledge and skills to understand how translation functions as its own form of art.”

If you missed this event last week, be sure to catch up with Ferreira or any of the translators from the class to hear more about the course. Prof. Eunice Ferreira offers the course almost bi-annually, so if you missed your chance to be in it this semester, fear not. Ferreira maintains her missions and ended our interactions by signing off and saying, “I want to shine a light on global theater!”

Ziggy Schulting is a senior Theater & English double major and Co Editor-in-Chief of the Living Newsletter.