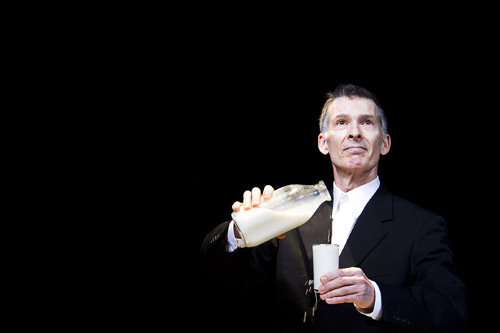 I walked into Will Bond’s office earlier this week to talk about his career, in both a professional and academic capacity, and to ask him what comes next after Skidmore. While we spoke about his career path and the opportunities he has had as an actor, professor, and all-around theater artist, what came up over and over again was the idea of chance. Bond made sure to tell me throughout our conversation that every opportunity he’s had has come out of being in the right place at the right time.

Bond grew up in Delaware, spending much of his life on a military base, as his father was in the Air Force. He spent his whole early life in Delaware before going off to Albright College in Reading, Pennsylvania. Neither of his parents had gone to college, so he had very little knowledge of the college process, but when he was in high school his English teacher drove him up to Redding (where he had also gone to school), and he ended up applying and getting in to Albright. He started his college career as a pre-med student and auditioned for a production in the school’s drama club. He continued to do shows with the drama club throughout college and changed his major from pre-med to English, so he would be able to spend his college years reading books and acting. 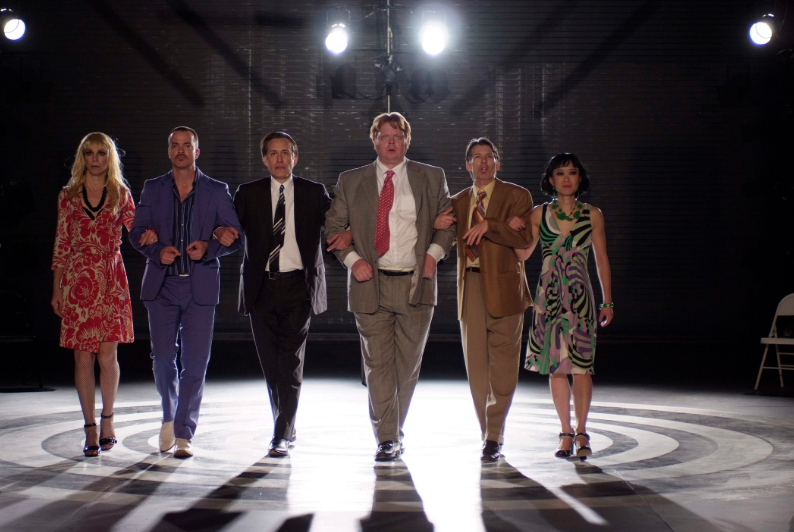 After college, Bond moved to Pittsburgh, Pennsylvania. While he was working odd jobs to get by, he decided to audition for the Pittsburgh summer Shakespeare Festival. He played a few minor roles in the productions during the festival, and after making his Pittsburgh theater debut, got a call from the University of Pittsburgh graduate school, offering him a spot in their MFA acting program. He said yes to the offer, got a three-year ride, and was given his first look into how academia and theater intersect and work with each other. He insists that it was all luck and about being in the right place in the right time.

After hearing about his foundational theatrical experiences, I asked Bond how he began his relationship to the Saratoga International Theater Institute (SITI), the company that has defined much of his career. He prefaces his answer by stating, once again, that “everything I’m telling you is [about] luck.” He goes on to tell me that one of his professors at the graduate school had come from the University of Wisconsin at Milwaukee, which was one of the first schools in the U.S. to have a working relationship with Tadashi Suzuki (director, and co-founder of SITI along with Anne Bogart) in Japan. His professor started teaching Suzuki’s methods of physical theater, and while many of the other students were confused by the practices, Bond took to it immediately. 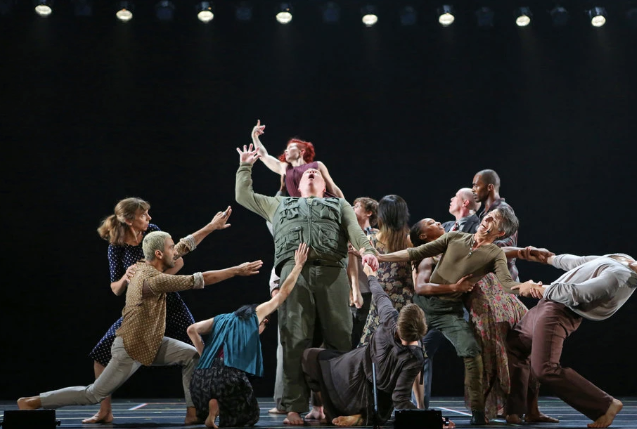 Bond in The Rite of Spring. Photo: Ruby Washington

After being taught Suzuki’s acting methods, he decided to study with Suzuki himself in Toga, Japan for ten weeks after graduating. Suzuki told him to come back the following summer, and he continued to do so for the next five summers. That fifth summer, Anne Bogart (as he says her name, he points to a poster of her, hung up in his office) and some of her colleagues and students from NYU Tisch came to train with Suzuki. The group put together a production of Charles Mee’s Orestes 2.0, brought it to Saratoga, and SITI company was formed.

Bond goes on to say that a lot of people left the company after that first summer, but he, and the other members who stayed on, became the core members of the group, and have been a part of the training since 1992. On his trajectory toward becoming a founding member of SITI, Bond states that, “I think I just understand this and I just followed my nose and said yes to everything. That’s probably the best lesson. Just say yes to everything. Poof. There’s your undergraduate degree!”

I went on to ask Bond how his relationship with SITI, Anne Bogart, and Tadashi Suzuki has informed his process as an actor, director, and educator. Before he answers the question, he points to Suzuki’s first book, The Way of Acting, on his bookshelf and says that “it doesn’t actually tell you about acting, it tells you about being in a company. Whatever your practice is, it’s good to have a deep practice and stay with it. If you have a religion, stay with it. If you go from one to another you’re probably not going to have a mystical experience. I sort of feel that way. What the trainings have taught me as an ethos about what company life is, is that the companies are sustained by the people within them. What holds a group together is the conversation you’re having body to body.” He goes on to state that once he found the importance of the life of the company, he figured out his role in the company (which changes frequently), and that once you figure out the culture of the group you can figure out how to make the work. “Going from a basic human level to a cultural level to being able to make plays. That’s way more interesting than just doing plays.”

Some of Bond’s noteworthy credits include acting in SITI Company’s productions of The Trojan Women, Antigone, Radio McBeth, The Medium (for which he won an Obie award), and Chess Match No. 5., and direction of Blood Wedding with Carolyn Anderson as part of the Spring 2015 season at Skidmore College. 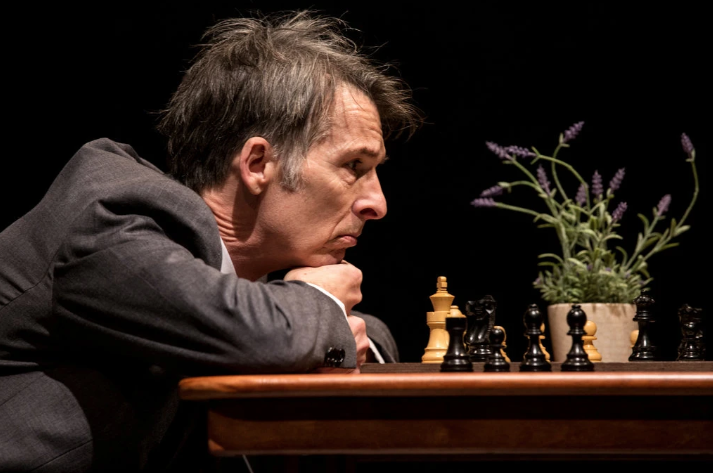 Bond relates his training with SITI to his approach as an educator, saying that in the classroom, “we create an atmosphere, we create a culture, and we start performing. The text is there. It’s gonna be there. But you need that foundation beforehand.” He goes on to say that his work with SITI is not the only outside work he does, but it certainly informs his choices in what projects he will work on next, and how he will go about playing a role and being part of a group of theater artists.

After asking Bond about his career and his theatrical philosophy, I asked the dreaded question of “what’s next after Skidmore?” The “dumb answer” according to him is that he’s doing the SITI company intensive in June, moving to New York City in July to do another SITI intensive, going to Winnipeg in August and teaching a workshop, then going to Japan to perform, and then creating a piece with choreographer Liz Lerman to be premiered at Jacob’s Pillow Festival in 2020.

While Bond has a list of concrete opportunities he has after leaving Skidmore, he says that the real answer to what’s next is: “it’s a new chapter. It feels like a new chapter. Maybe it’s irresponsible, but why not. I’ve been here for 15 years, and I feel like I have work to do still. I feel like I’m 24 again. Just like someone’s gonna grab me by the collar again and I’ll see where luck takes me. I don’t know what’s gonna happen, but I’ll just say yes to any opportunity I get.” 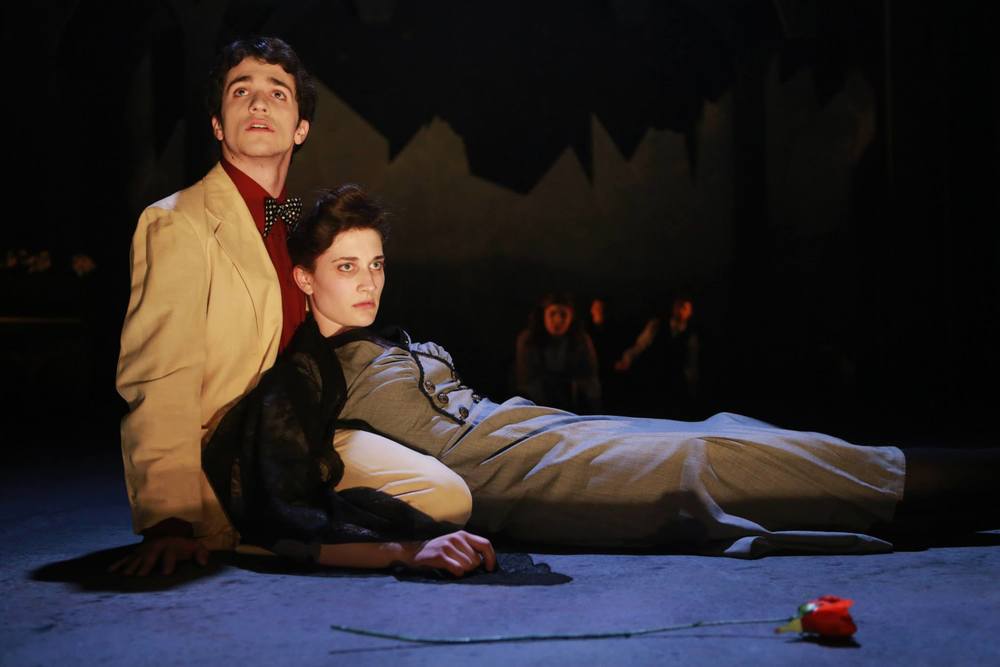 Recent Skidmore alum Miranda Park (’17) commented on her academic relationship with Bond, stating “Will Bond was a staple for my time at Skidmore. Throughout the years he was my director, acting teacher, and advisor. Sometimes he’d give me real notes and advice (“just say the words”—he was great at getting me out of my head) but was also great just to have life meetings with.”

Graham Cook, a senior Theater major also stated that Bond taught him in his acting classes to “solve the problem with your body” and “you’re only as young as your spine is flexible,” remarking on the importance of physicality and taking care of your body in your work.

Zoe Lesser ’19 adds that “Will Bond’s class was more than just an acting class–it was a philosophical laboratory for what makes performance compelling and what needs to live in our bodies in order to execute it.”