With the beginning of a new semester, some familiar faces have returned to campus after time abroad studying theater at some of the various programs that Skidmore partners with. In this article, we hear from three students who each had different, but equally rewarding experiences.

I was lucky enough to attend the British-American Drama Academy in London, England for my fall semester abroad. It had been a dream of mine to go in my Junior year since I heard it about it as a freshman, as a lot of fellow Skidmore theater folks I admired had gone there and it was in a city I know and love. I went with fellow Skid kids Atticus Rego ’21 and Kat Collin ’21, and I loved every minute of it! BADA is intense, to be sure, with classes going on from 9:30 in the morning to 5:30 in the afternoon every single day. But every second is spent wisely, with approachable and highly professional instructors specialized in everything from stage combat to High Comedy, all of them approachable and kind. All of this was a lead-up to performing in one of three different plays that can utilize our new skills. Mine was Henrik Ibsen’s Peer Gynt. BADA doesn’t just give you tons of opportunities to see theater and explore London, but you also get amazing student accommodations only twenty minutes away from the main building. I learned a lot about myself as both an actor and a human being, and made loads of really good friends. I can’t recommend it enough! 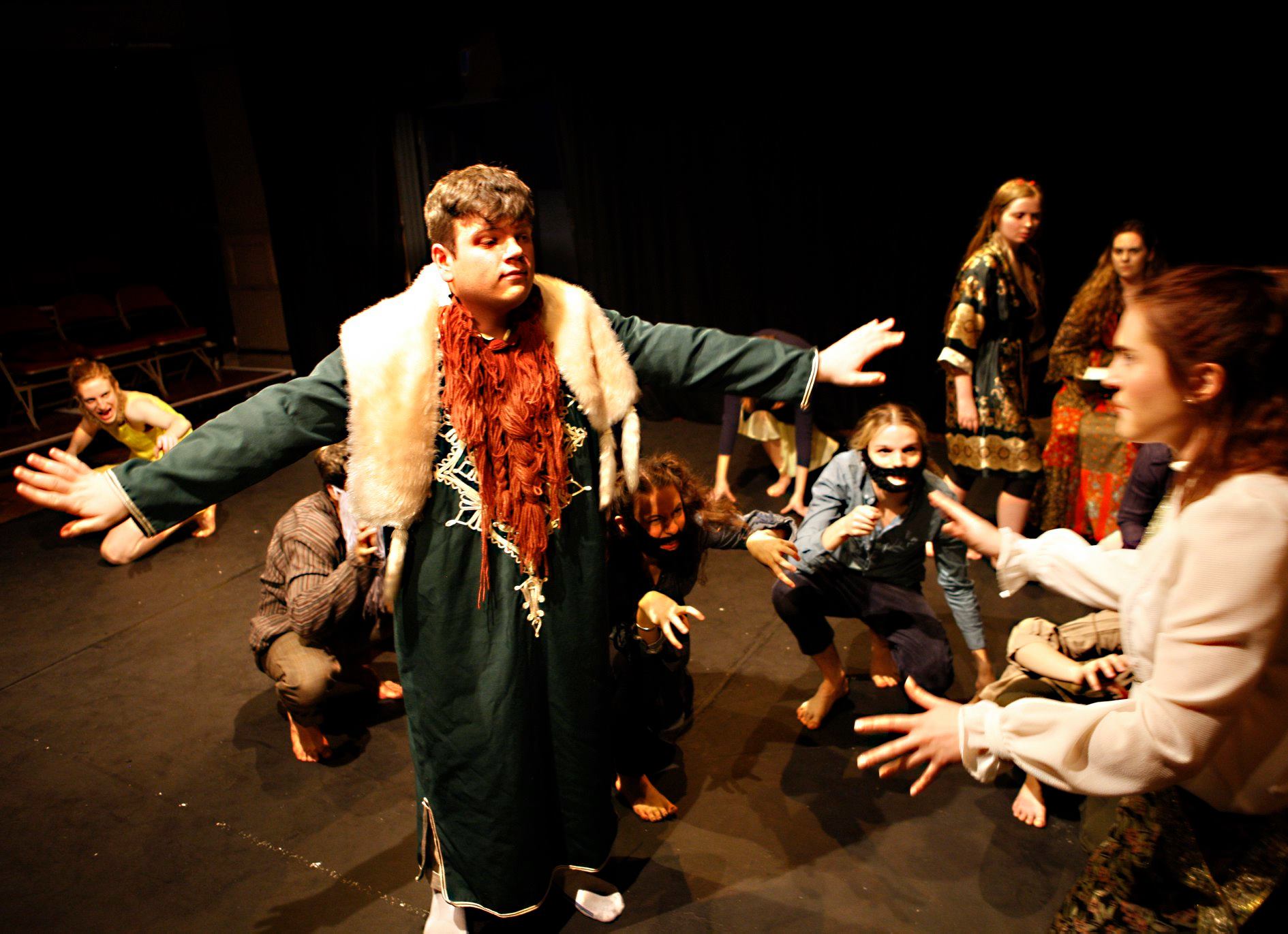 This past fall I studied at the Moscow Art Theater School in Moscow, Russia through the National Theater Institute. With classes six days a week, and often rehearsals on Sundays, the program was intense to say the least. Nevertheless, it was fueled by a community who banded together to create the most amazing ensemble theater, as we pushed each other to achieve things we didn’t know were possible. Each day consisted of acting class where we focused on the Stanislavsky Method, Etudes, and Chekhov scene studies. Throughout the week, we rotated through classes such as Ballet, Singing, Droznin Movement (an incredible art that combines acrobatics, flexibility and finding the limits of your physical strength), Stage Combat, Russian Theater and Cinema History, and several others that not only made us more well-rounded as theater artists, but gave us a deeper appreciation for Russian culture. In addition to this, we were taken to see professional Russian performances at least twice a week, including plays, musicals, ballets and music pieces. The time I spent at the Moscow Art Theater School was unequivocally the most challenging and exhausting three months of my life, but it was also the most exciting, inspiring, and rewarding experience I have ever been a part of. The theater education I received was unparalleled and I feel so fortunate for the opportunity to have spent my Junior fall living and learning in what I consider one of the most important birthplaces of modern day theater. 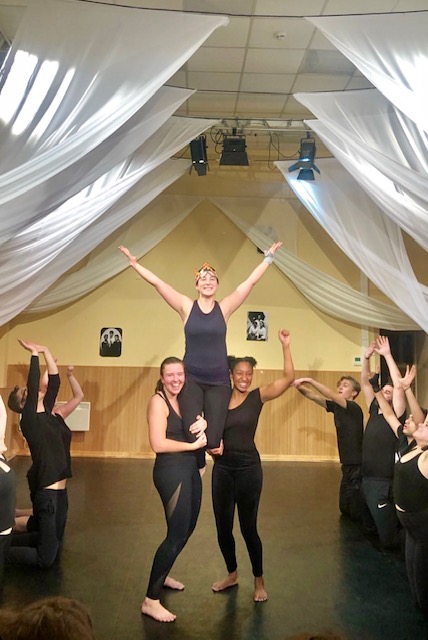 Since it is hard to find abroad programs that are specific to tech theater students, I spent my abroad semester in Florence, Italy at SACI, learning art and design. Some fun classes I took included a modern art history class, an installation and performance art class, and an architectural drawings class. There I was able to learn about contemporary art, how to come up with sculptures and performances following a prompt, and learn more about on-site sketching and rendering. All of these practices ended up being useful for scenic design, and the general creative process of creating and developing a concept into something tangible. It was a really enjoyable experience overall; if you’re interested in scenic design, fashion design, and art in general, then SACI is a great program for you! 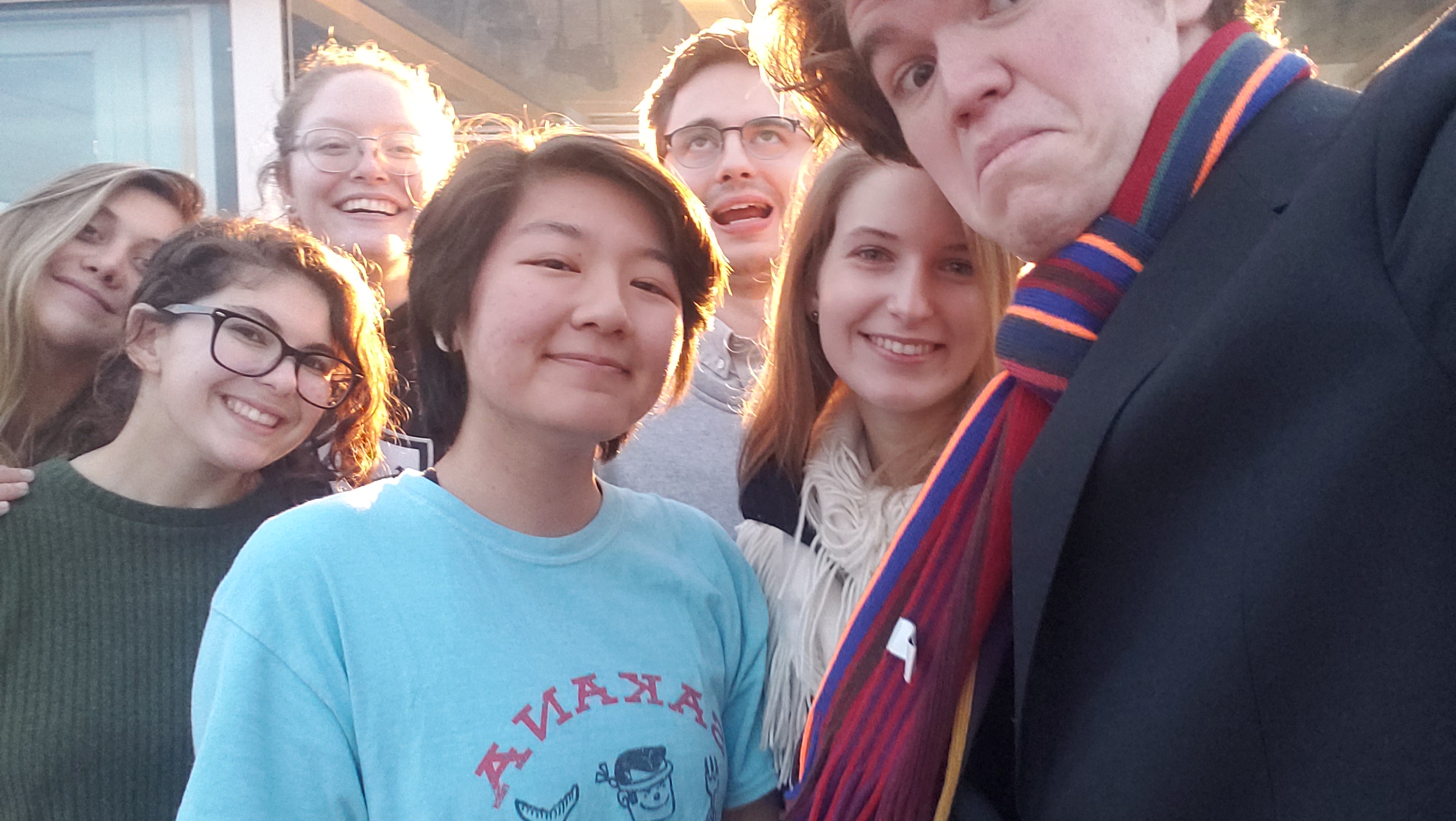 Lee with friends at SACI.

Curated and edited by Em Miller ’20, Co-Editor-in-Chief of the Skidmore Theater Living Newsletter.