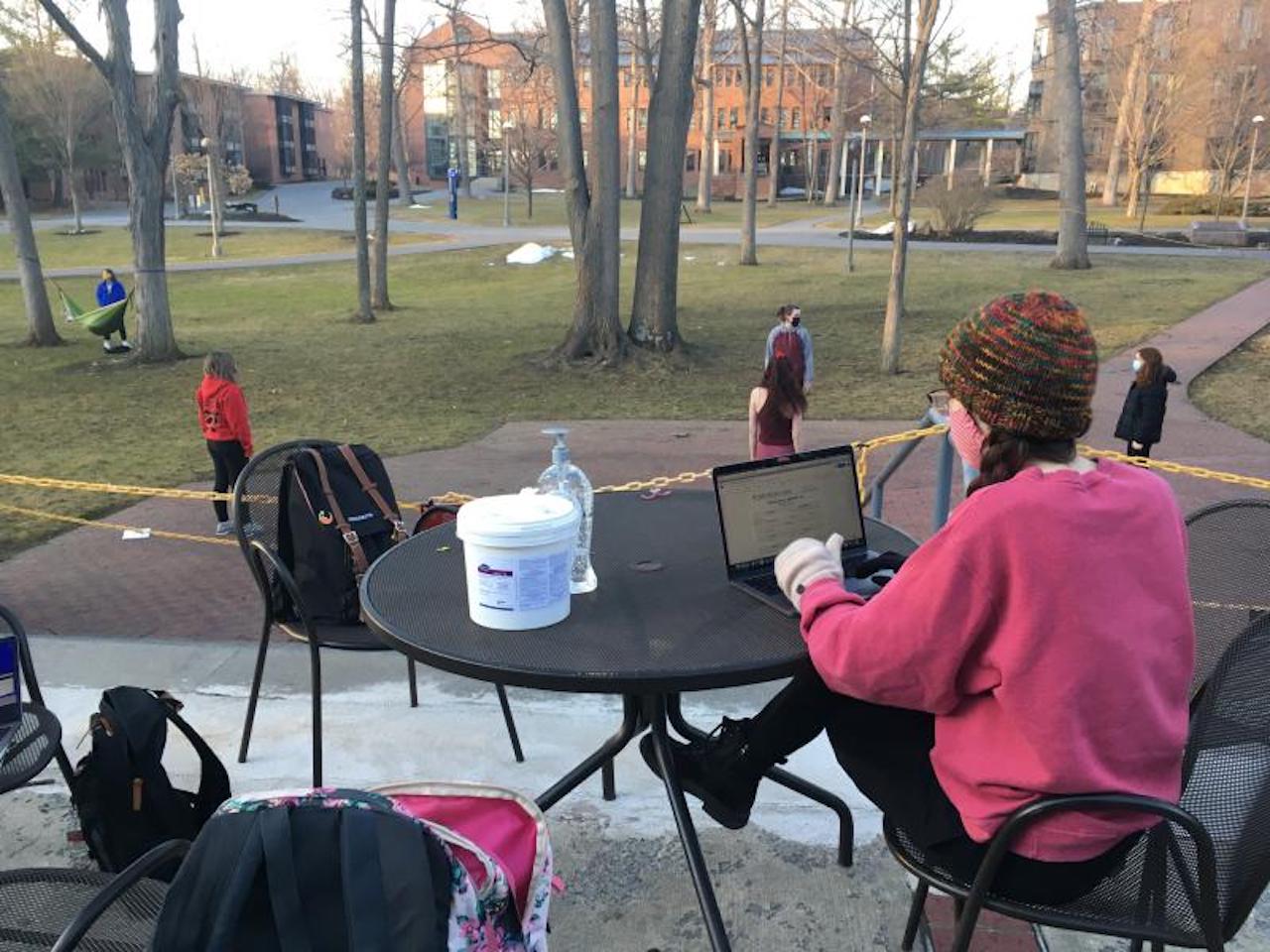 Shelby Fairchild ’21 overseeing a rehearsal of “Kaleidoscope” as a first-time Stage Manager.

By Eliza Kuperschmid ‘21 and Gemma Siegler ‘22

Approximately one month from today, the Skidmore Theater department will be launching perhaps its most ambitious project to date: an entirely student-run festival. This three-week event is called JKB SpringFest and it will feature fifteen (yes, you read that correctly) productions. The SpringFest pieces push the limits of what theater means in the age of COVID — from stagings of existing plays to student-devised works to student-created short films to various virtual experiences, the possibilities are endless.

Something particularly exciting about SpringFest is the incredible opportunities it has opened up for Theater and non-Theater majors alike. With fifteen productions, as opposed to the typical smaller JKB season, there were plenty of spaces open for individuals to take on and fill production and performance roles. In fact, this was the first JKB season in recent history in which every single actor who auditioned was cast in a production.

We reached out to some of these Skidmore Theater “First-Timers” in order to learn more about these new opportunities and what it has been like to try something for the first time.

SpringFest was first-year Sariah Johnson’s (’24) first time auditioning at Skidmore. She talks about her internal back-and-forth when it came to putting her name on the sign up form and how sometimes, class requirements are all you need to gather your courage…

“Honestly, I was thinking of auditioning and even signed up, but I got so nervous that I took my name off the sign up sheet,” Sariah said. “That is until I realized that being a part of SpringFest in some way is a requirement of Theater Company. I decided this was the push I needed. That same night, I signed up for one of the last slots — it was sometime between 9:00 and 10:00pm! I sang an original song and did a monologue from the film Easy A. When I entered the Zoom meeting and saw everyone’s supportive smiles, I felt so welcomed. I knew I made the right choice auditioning.” 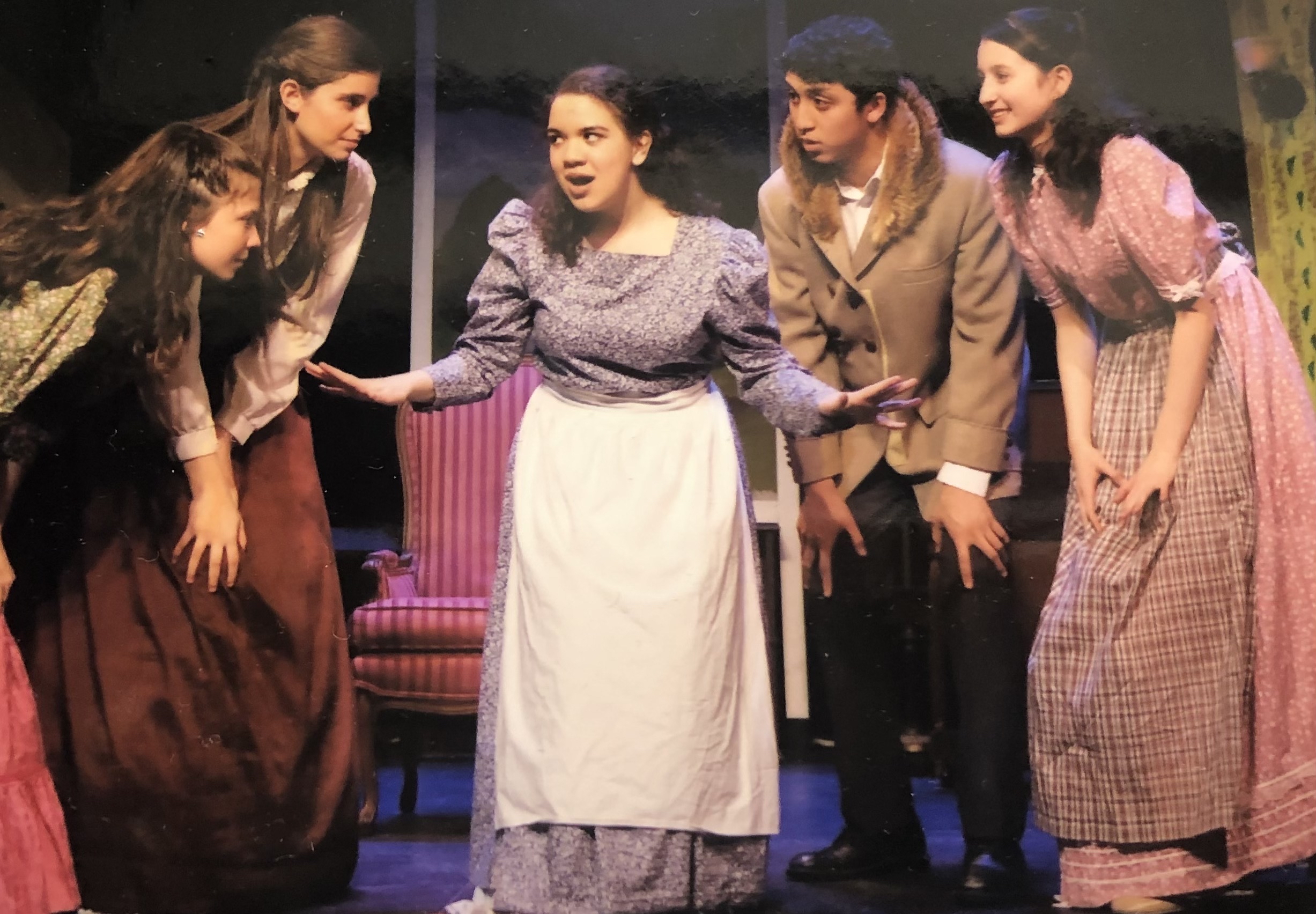 Sariah Johnson ’24 (center) showing off her skills as an actor when she performed as Beth in “Little Women” with her high school.

And that small push of courage was just enough for Sariah as she was cast as Diana in the SpringFest reading of the original play Optais Amme by Cate LeCours ‘22.

First-years were not the only ones for which acting opportunities were presented. For many Skidmore students, SpringFest marked their first time being cast in a Skidmore production. Actor Roman Cohen ‘22 talks about their experience auditioning and being cast in a devised piece called Zombie Rain (directed by Jessie March ‘21):

“I actually have auditioned every semester since I got [to Skidmore] but this was the first time I got cast! I didn’t get into acting until late high school because before that I was too anxious for it. Since I started so late, I didn’t get to do very much before graduating [high school], so I wanted to try acting at Skidmore too. To be honest, I felt pretty stupid auditioning every single semester with the same result, but I’m really glad I auditioned this semester because I’m stoked about being in Zombie Rain!” 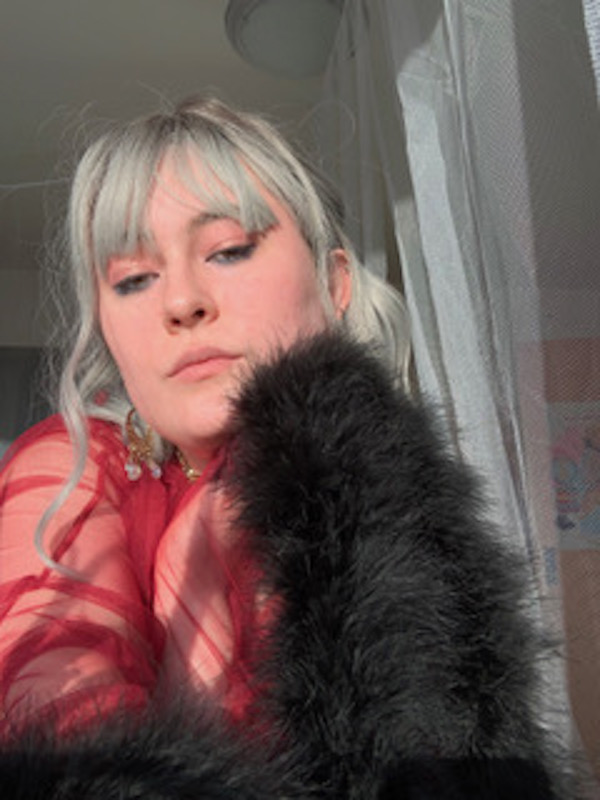 Roman’s experience and sentiment of frustration are not new. In a normal JKB season, there are far fewer opportunities for actors to perform in the Main Stage or Black Box shows and the casting process is typically highly competitive. With one of SpringFest’s goals being actor equity, the casting process prioritized the casting preferences of each actor, rather than each production team. Actors filled out a confidential Google Form with their casting preferences so when multiple productions desired the same actor, the “tie-breaker” went to the actor’s choice. That way, most actors were cast in a production that both wanted them and that they wanted back. This was just one step in a larger department overhaul regarding equity and consent.

Because the SpringFest line up will include fifteen productions (yes, we will keep reminding you of this wild number), many production roles were also available to the Skidmore Theater and surrounding communities. Seasoned theater artist Shelby Fairchild ‘21, who self-identifies as a “playwright/designer,” used SpringFest as an opportunity to branch out and try something new. For the first time, she is undertaking the roles of Stage Manager and Sound Designer on the devised piece called Kaleidoscope (directed by Sully Sullivan ‘21). 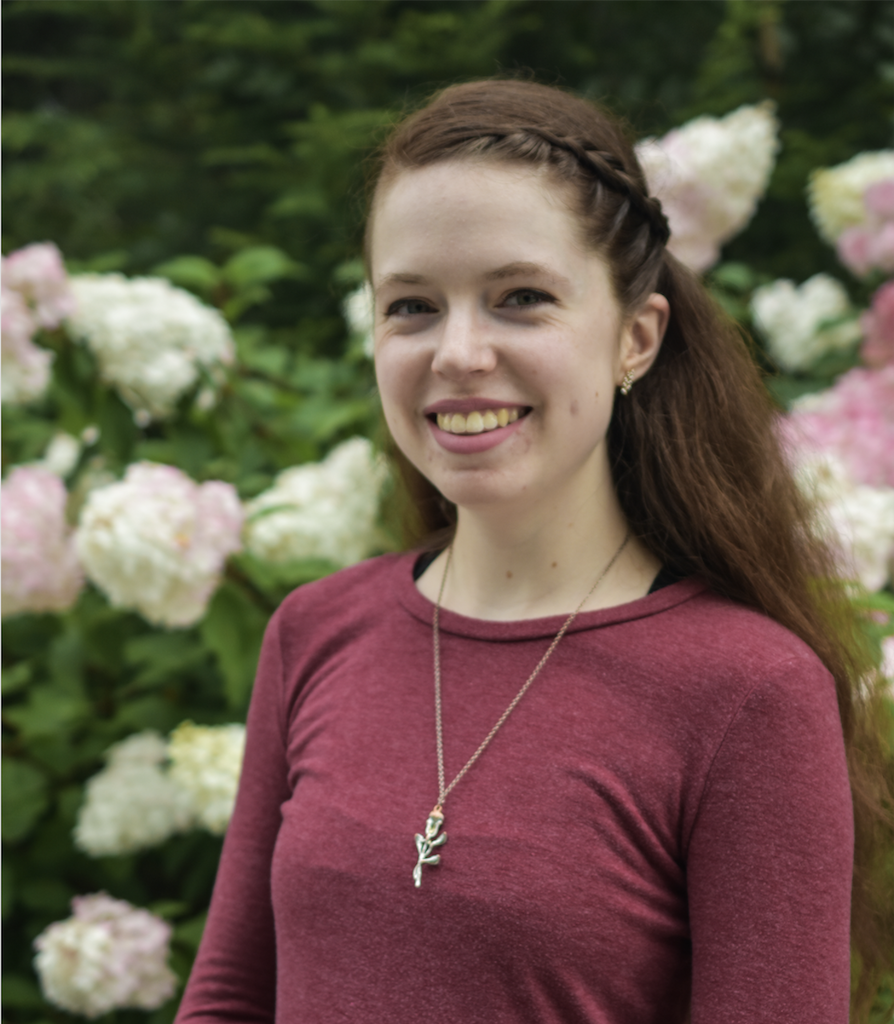 “I took on the Stage Management role because I’ve always been interested in stage managing – I’m organized, I like keeping track of things, I love to plan, and I’m one of the most time-concerned people you’ll ever meet. I’m auditing the SM class this semester and Jared [Klein] paired me with a show in need of an SM for the lab/practicum class component! This show also needed a Sound Designer, which is how I got involved with that role as well. I’ve already done lighting design, so I was down to explore another semi-tangible mode of design.”

Fellow first-time (Assistant) Stage Manager Chloe Hanrahan ‘24 talks about her first few weeks working on the SpringFest staging of the play Plano by Will Arbery (directed by Hanna Yurfest ‘21), starting off her summary with just three magic words:

“It’s a lot! The Stage Manager’s job truly is to be the ‘unknown operator’ because this means everything is going smoothly and all the forms and schedules are organized without issue. I have definitely gained a huge respect for all the stage managers I’ve previously worked with. I work at a theater school back home, so I have been exposed to juggling lots of schedules and conflicts before becoming an ASM. Additionally, having good organization skills has helped me immensely with this new role.” 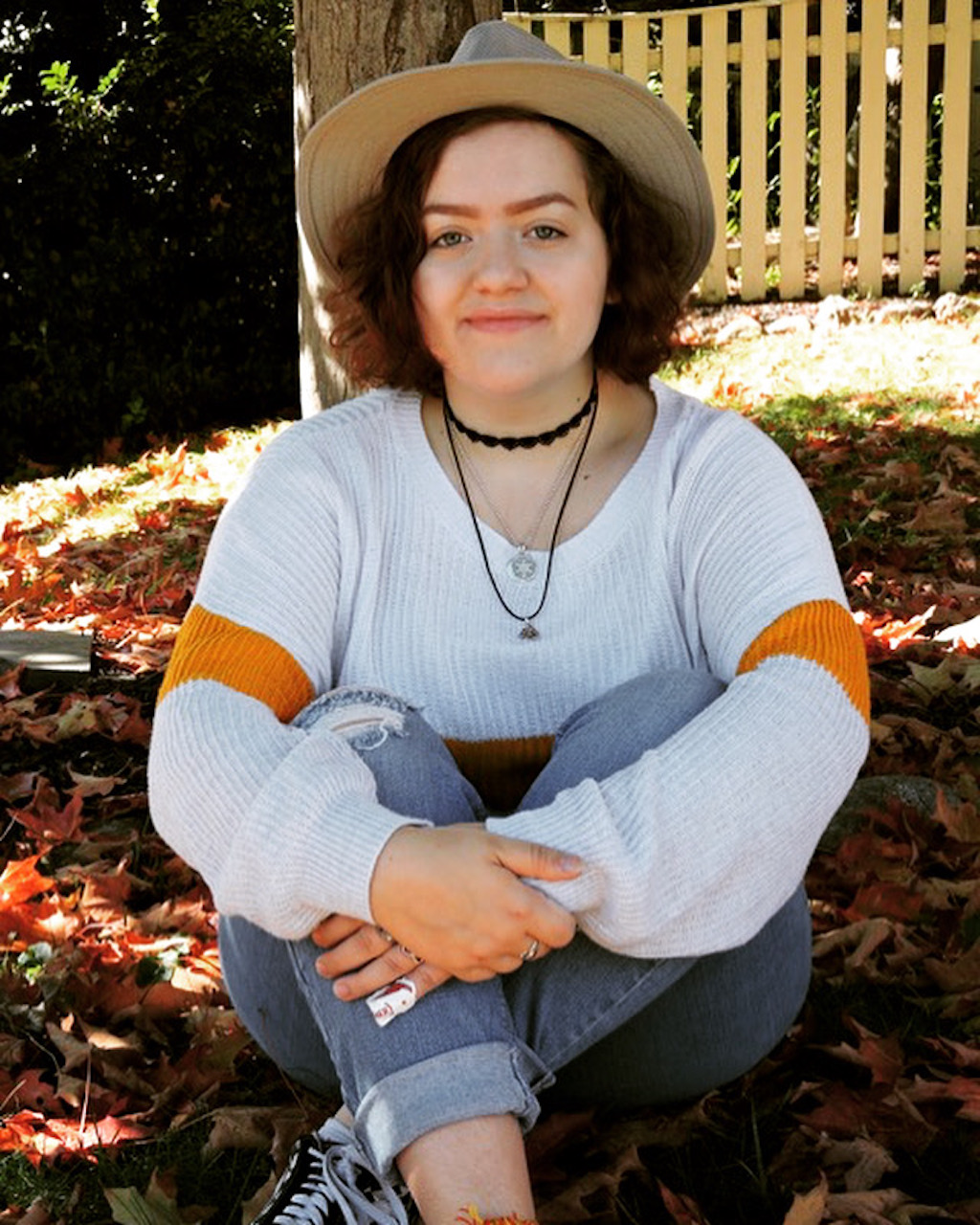 We send Chloe good vibes as opening night approaches, as well as all fifteen of SpringFest’s hard-working SMs, including the two festival PSMs Taylor Jaskula ‘21 and Emily Hardy ‘21!

Roman Cohen talks about their time in Zombie Rain thus far, reporting that the hurdles encountered during Zoom rehearsals were eased with silly cast camaraderie.

“Rehearsals are so awesome! The energy of the cast is amazing. Everyone is so kind and supportive and invested in one another. I feel comfortable around everyone and the ease around each other makes it that much easier to be able to creatively collaborate and push each other as artists. I’ve definitely started taking myself a little less seriously as a result of the rehearsal process because we had to get comfortable pretty quickly doing some silly-feeling movements on Zoom with one another. I felt self-conscious at first but with every rehearsal it gets easier!” 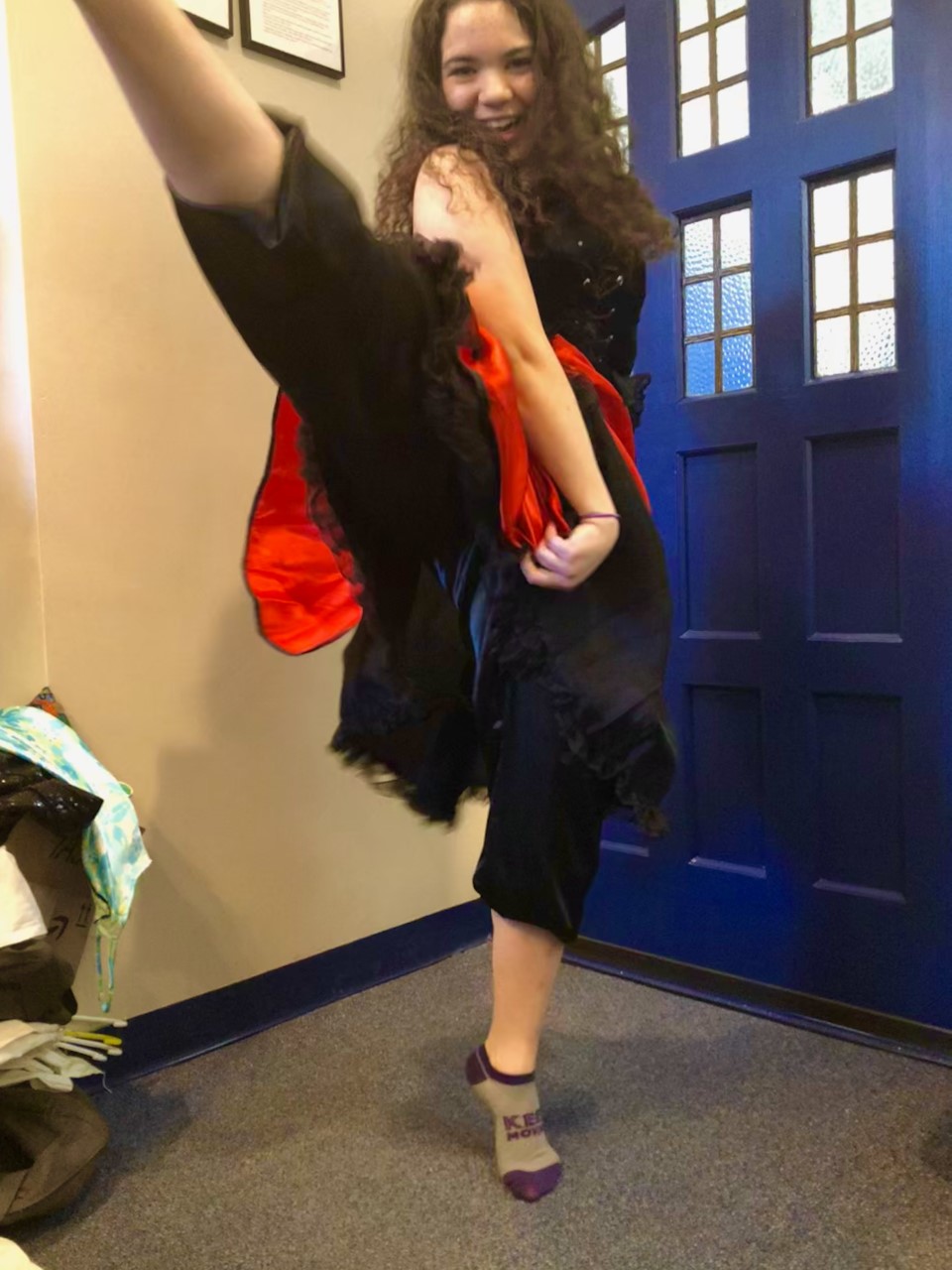 “It’s very interesting, since many people [who were cast in productions before] are able to reflect on how theater at Skidmore is ‘supposed’ to be. And, of course, being in shows [outside of Skidmore] before, I can imagine what it must be like. But I stepped into the theater community at Skidmore with no prior experience for theater here. So truthfully, I have been having a great time. I love that my rehearsal process has these really intimate Zoom discussions. We connect our own identities to the messages and themes of the play. We find similarities in our characters to ourselves. We have worldly talks. I am the only first-year in my show and I feel I am learning so much from those who have been at Skidmore longer than I have. I am learning more about myself and my abilities as an actor and feel I am building these amazing connections with students who are passionate about theater just as much as I am.”

So rehearsals are going well for all but, you may be wondering, how were these first-timers able to step into their new roles with such ease? For most, this was not a first time experience with theater and/or performance art and adaptability and creativity seemed to be key in a smooth transition. 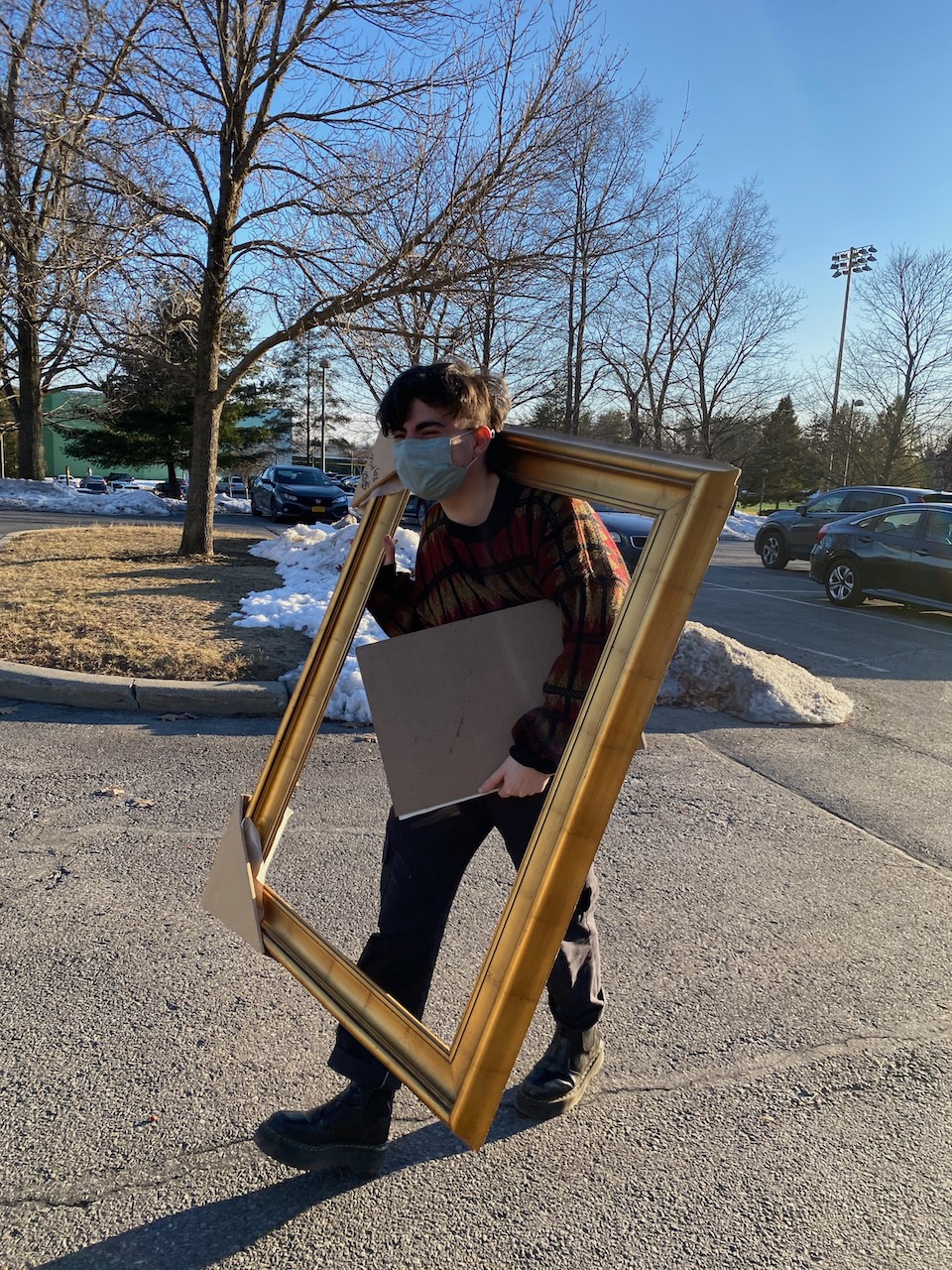 For Isaac DeMarchi ‘23, first time Props Master for the devised Production Seminar piece arch.I.tect (directed by Marie Glotzbach), his myriad of experiences in design helped him to quickly slip into the role and thrive.

“I’ve learned a ton about working with directors and actors, since props are much more hands-on by definition than my previous experiences with lighting design. My organization skills from working in Stage Management, for sure have helped me as a Props Master. There are a lot of moving pieces and different departments that interact with props, so I’ve needed to use a lot of my communication skills gained from previous roles to make sure everyone knows where props and information are coming from.”

First-year Olivia Berenson is another first-time actor working alongside Roman Cohen in Zombie Rain. Though she is fairly new to acting, Olivia is an experienced dancer, a skill that has helped her through movement rehearsals.

“I think something that will really help in rehearsals from my previous experiences is the fact that I danced for about 16 years of my life. I think that will be really helpful in terms of listening to music and coming up with new movement for the piece. For the past few weeks, we’ve been learning different ways to move our bodies, especially isolating certain parts of the body, and it’s really helping me to put more concentration into what I’m doing. It’s a very interesting transformation from what I’ve done before in the past.” 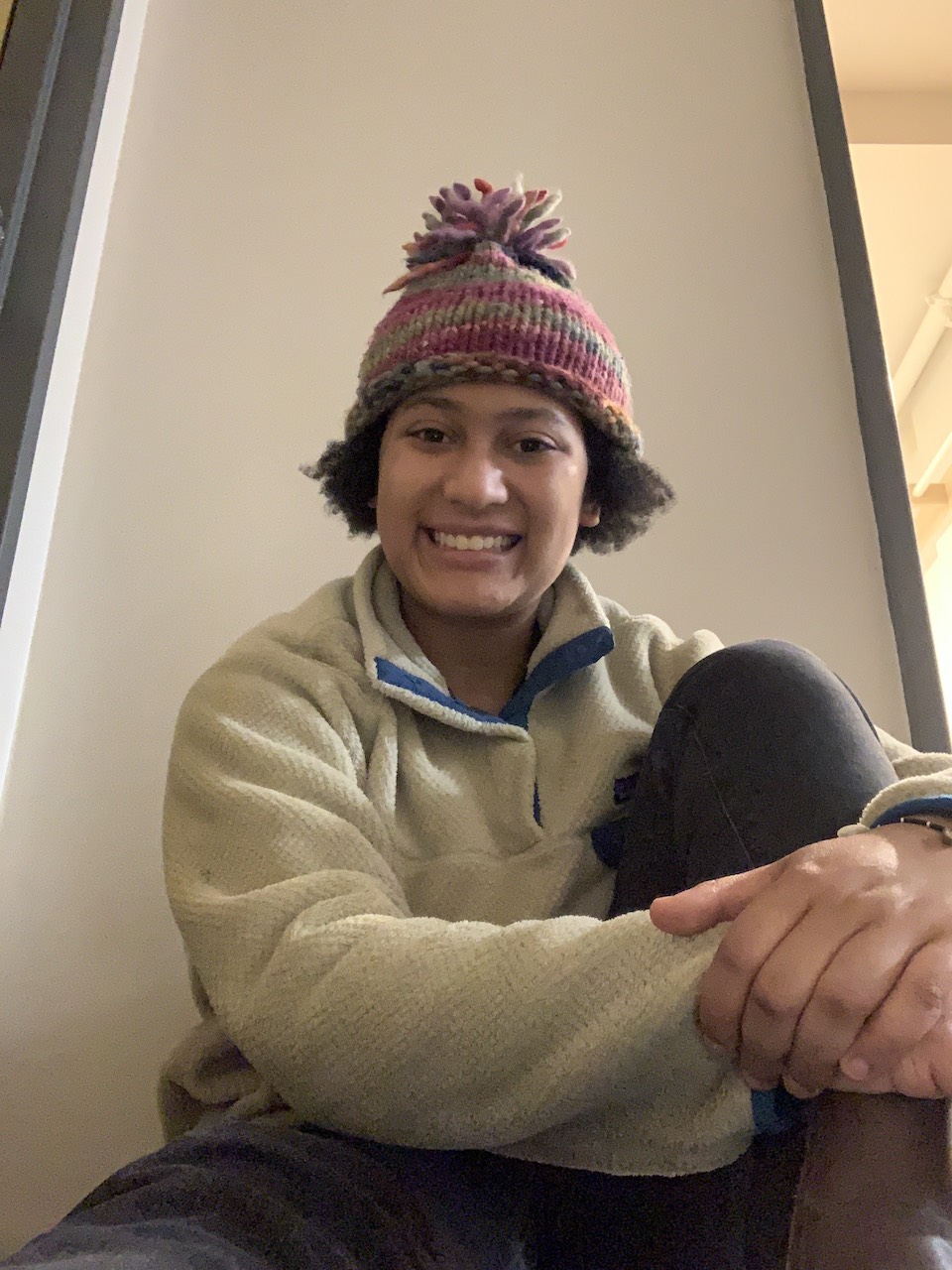 For those first-timers who are trying something new, we were curious whether this new experience has made them want to rethink their theater goals and aspirations in general. For example, Shelby Fairchild now feels that she can add Stage Management to her future theater passions and endeavors.

“This experience has definitely confirmed that stage management is something I’m interested in pursuing professionally! It would still take a back burner in favor of writing and lights, but I’m glad to be getting hands-on experience that would allow me to have this option.”

On the flip-side, Chloe Hanrahan’s first time as an ASM only affirmed her desire to pursue other theater paths:

“I think I’m still set on focusing on directing and acting but I think taking my experience of ASMing from this project and applying it to future productions will be so helpful.” 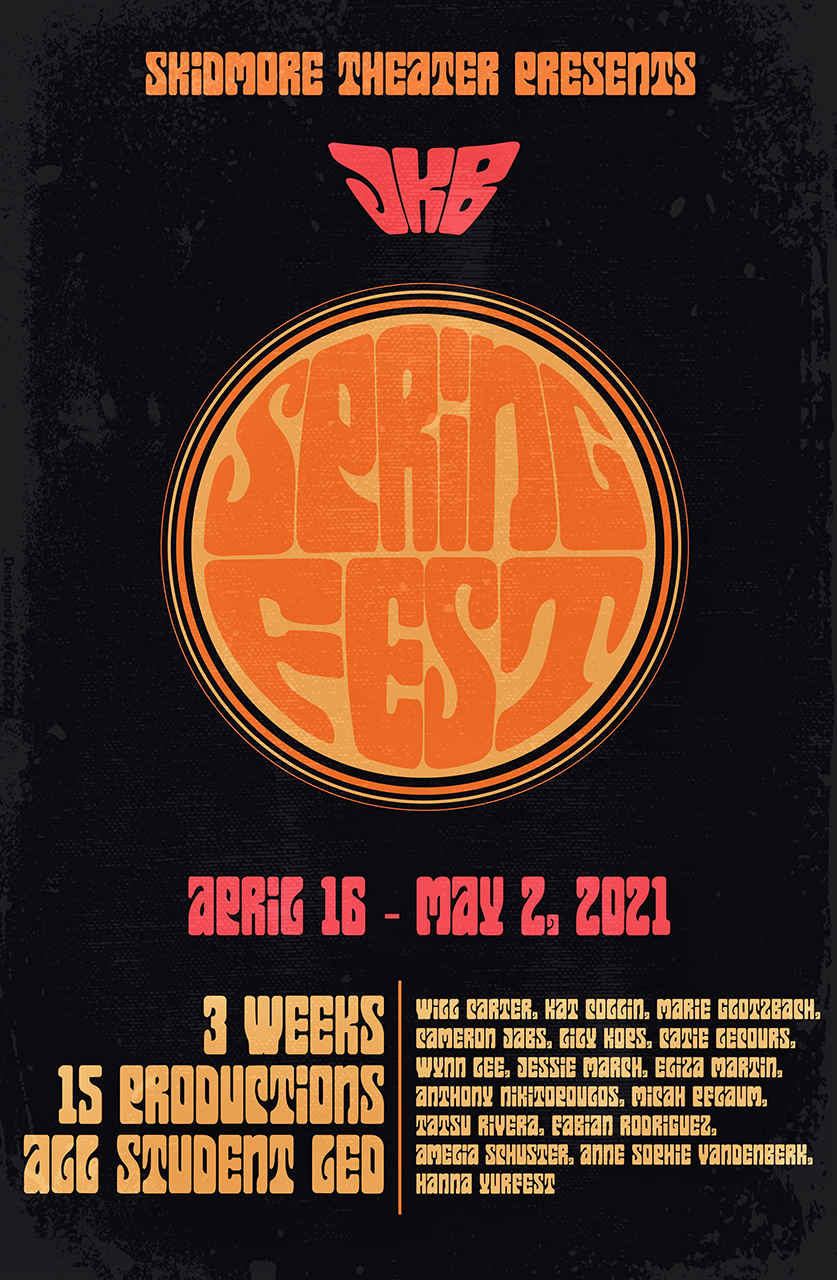 The official poster for Sprinfest 2021.

From a first-time actor’s point of view, this experience has made Olivia Berenson all the more eager to participate in future JKB seasons:

“I think in the future I really do want to be more involved with the JKB. I don’t know if I want to become a Theater major yet but I’ll still be auditioning in the future. I still want to be more involved in general and I want to make theater more present in my life. I still have a bit of an old childhood dream of auditioning for something big in the future and becoming known as a performer, although what I really want is to become a part of something amazing, whether it be on a small scale or a big one.”

This was just a small sample of the many folks for whom SpringFest is their first time participating in Skidmore Theater. We’re curious as to what this type of inclusivity will mean for the future of theater at Skidmore. We hope that this revolution opens the door for even more Skidmore students outside of the Theater major to pass through the JKB’s halls (or Zoom rooms) and learn more about expressing themselves through the theater arts.

You can see these first-time actors, designers, and production team members, along with the rest of SpringFest’s wonderful contributors starting Friday, April 16th.